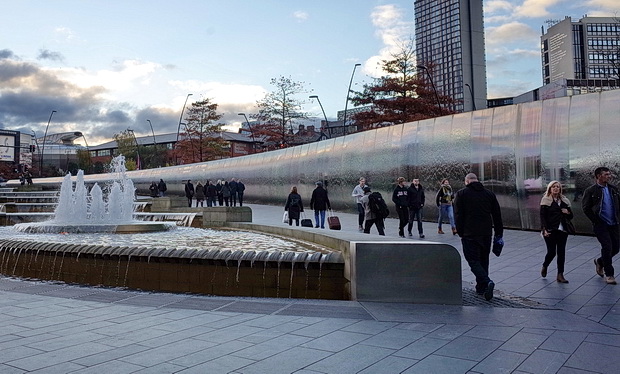 I was very briefly up in Sheffield over the weekend, and grabbed a few photos as I scuttled about from the station to the venue and back again the next day. 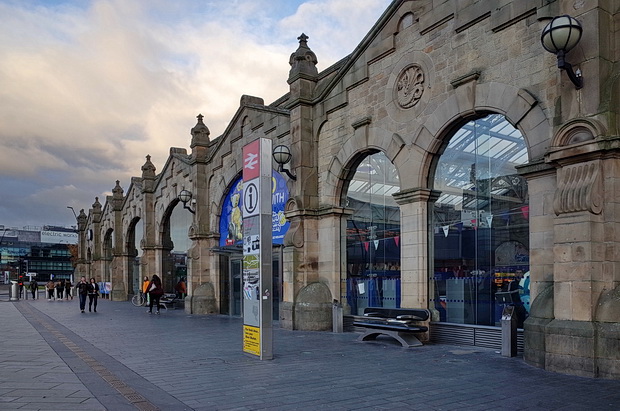 Sheffield station is a cracker. Look at the lovely original facade!

The 35th-busiest in the UK, and the 11th-busiest outside London (as of 2010-2011), the station was opened in 1870 by the Midland Railway to the designs of the company architect John Holloway Sanders. Read more here. 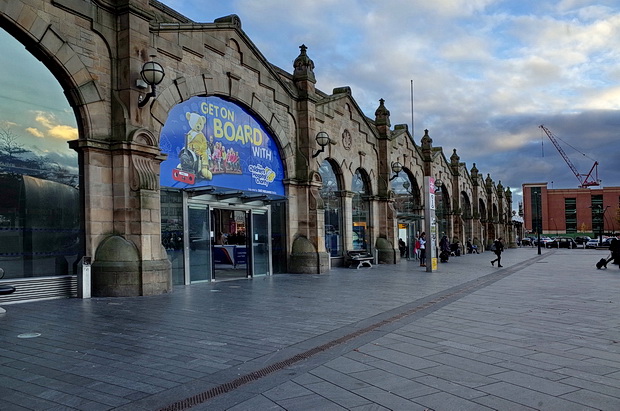 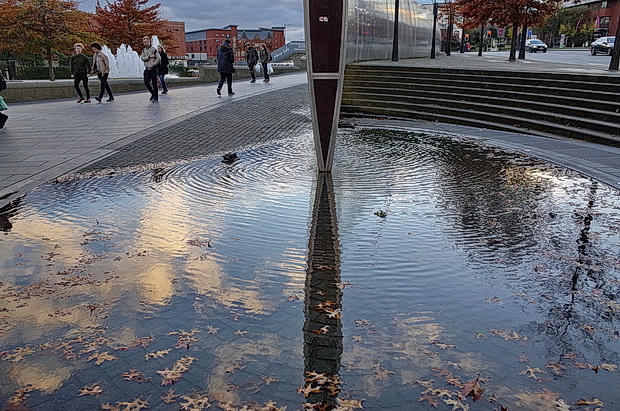 Ten years ago, the redevelopment of Sheaf Square outside the station was finished, revealing a striking water feature. 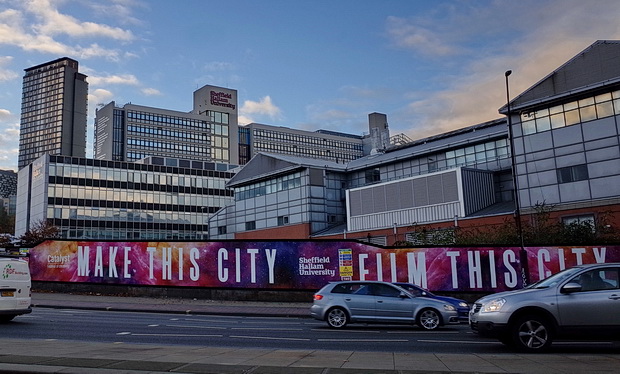 Dominating the view from the station is Sheffield Hallam University.

Along with its secondary Collegiate Crescent Campus two miles away, the university is the sixth largest university in the UK with 31,530 students, 4,494 staff and 708 courses. And that’s a lorra learnin’ going on. 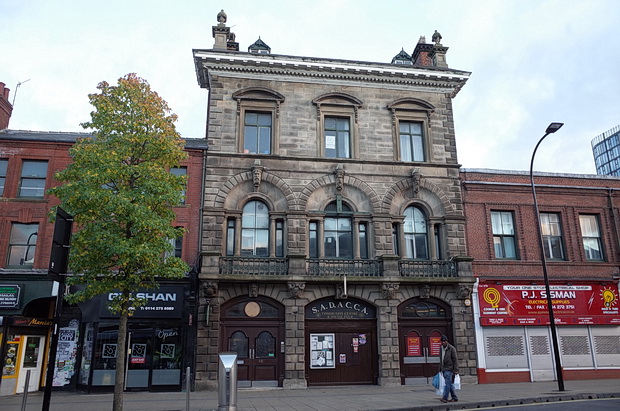 We stayed at the somewhat tatty Sheffield Metropolitan Hotel, which is in a pretty run down part of town.

I took a quick walk around the area and grabbed a photo of this splendid building which hosts the Sheffield and District African-Caribbean Community Association (SADACCA). 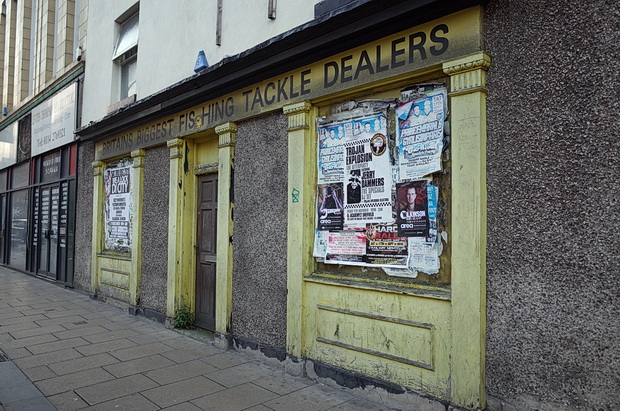 Britain’s Biggest Fishing Tackle Dealers looks to have packed up its bags. 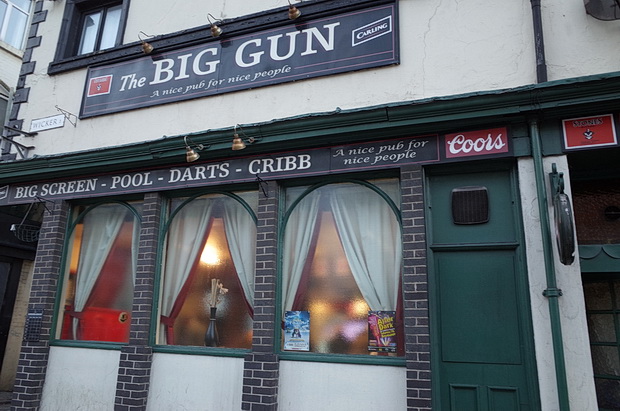 The ominous sounding Big Gun boozer at 13-17 Wicker, Sheffield. Despite its name, it looks like the kind of pub I’d like. 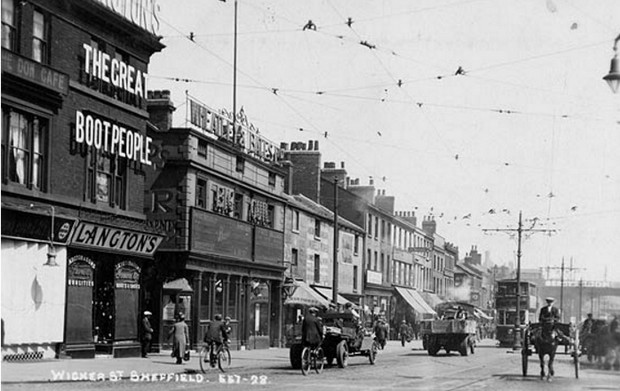 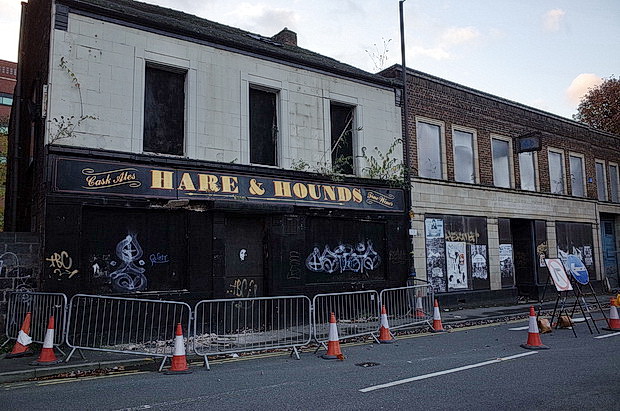 The Hare & Hounds at 29 Nursery Street bit the dust in January 2002 and doesn’t look like it’s ever coming back. 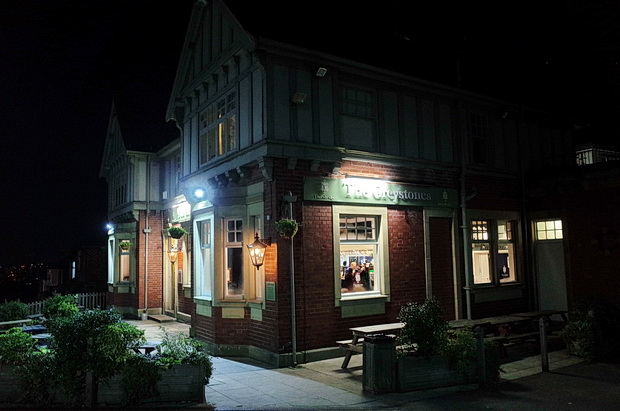 We were playing the Greystones in Sheffield – a lovely traditional pub with a back room for live music. 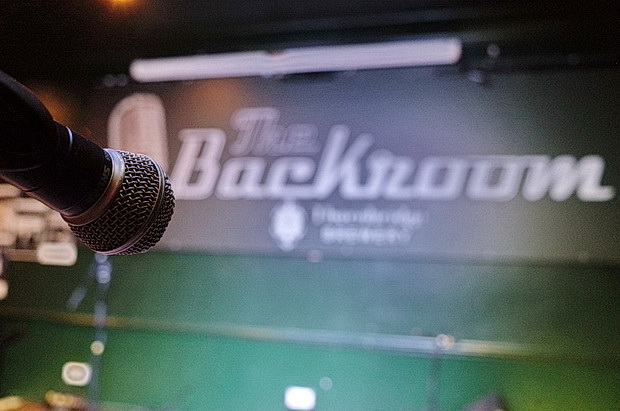 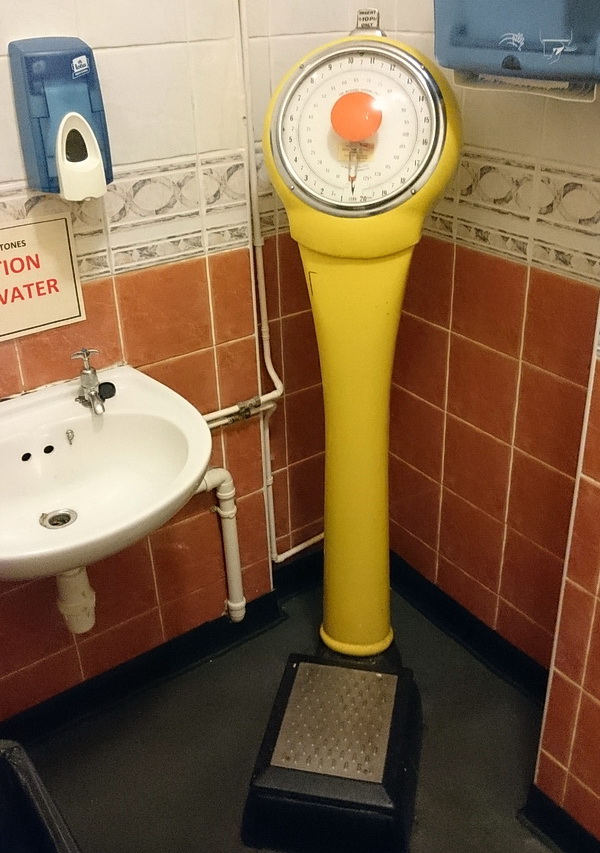 The pub had one of these old fashioned weighing machines in the loos. 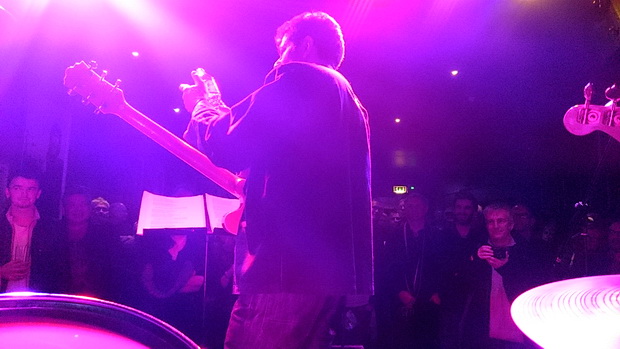 Onstage at the Greystones. We had a splendid gig: the venue staff were lovely as were the crowd.  Great beer too. 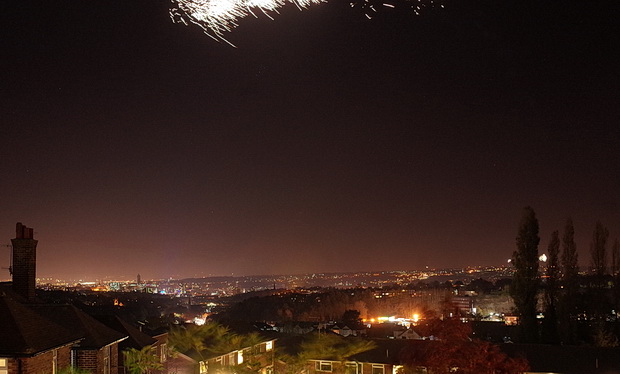 My attempt to capture the fireworks over Sheffield is only marginally successful. 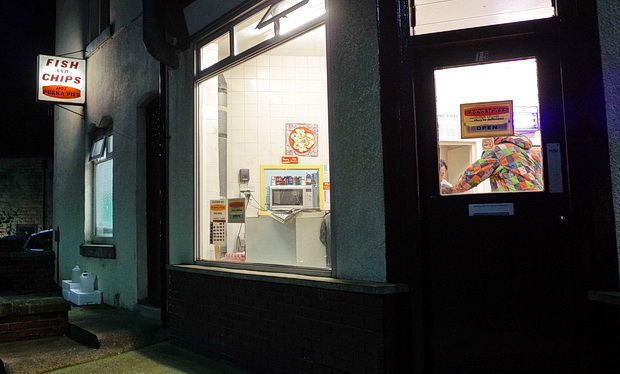 I love to see a proper old fish and chip shop! 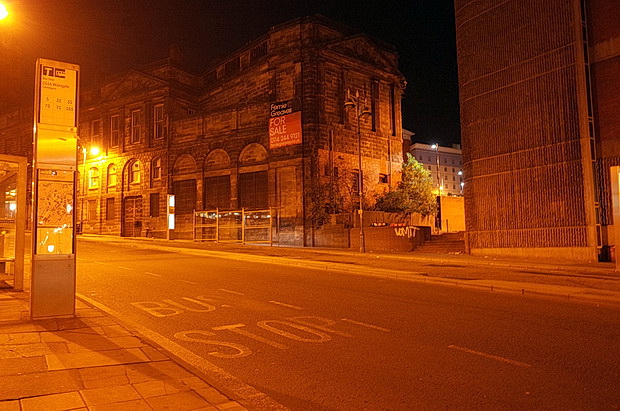 After the gig I went on a fruitless quest to find a pub/bar near the hotel. Being past midnight, they’d all already closed for the night. Damn! 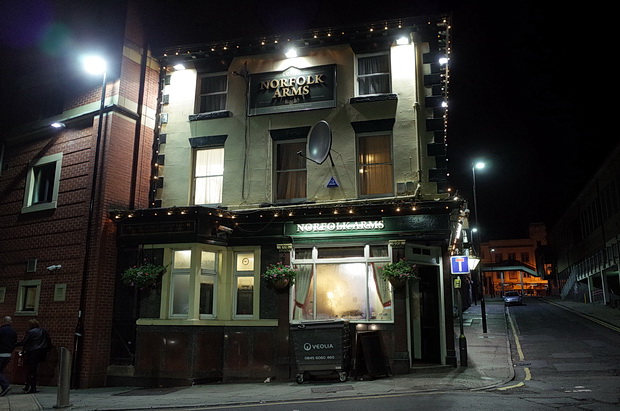 I arrived at the Norfolk Arms there was a rousing community singalong going on in this pub, but sadly they’d stopped serving. So it was back to the scruffy hotel for me! 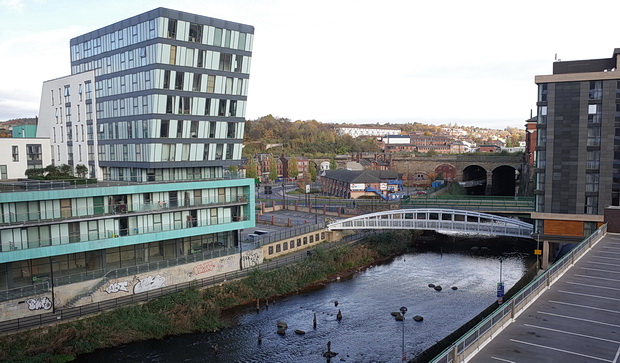 View from my window in the morning, with the River Don in the foreground. 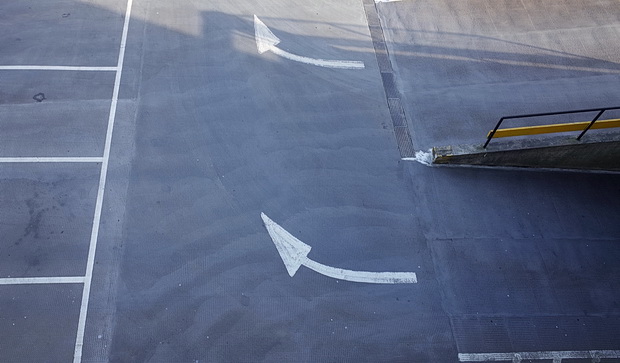 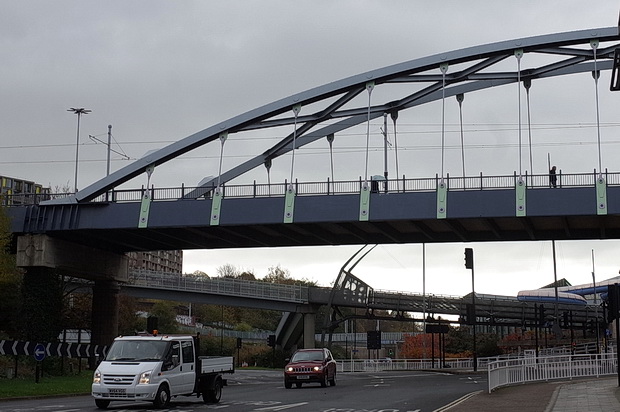 The weather had taken a turn for the worse as I headed back to the station. 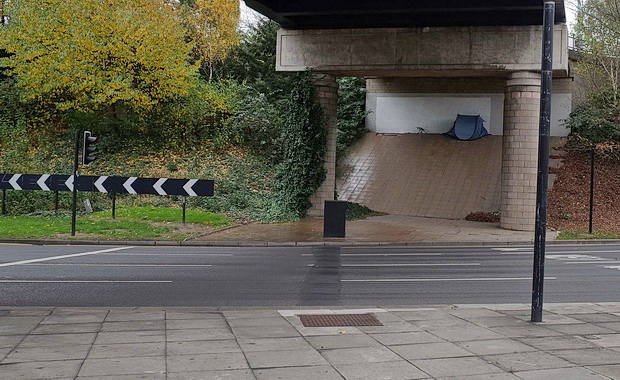 Some poor sod had taken up residence in a tent under a road bridge. 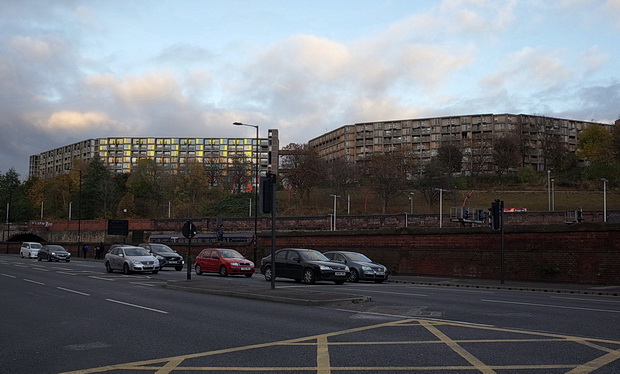 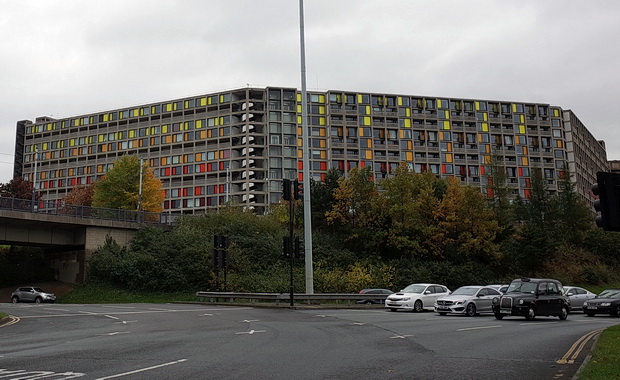 Wikipedia has more about the block:

Park Hill is a council housing estate in Sheffield, South Yorkshire, England. It was built between 1957 and 1961, and in 1998 was given Grade II* listed building status. Following a period of decline, the estate is being renovated by developers Urban Splash. The renovation was one of the six short-listed projects for the 2013 RIBA Stirling Prize. 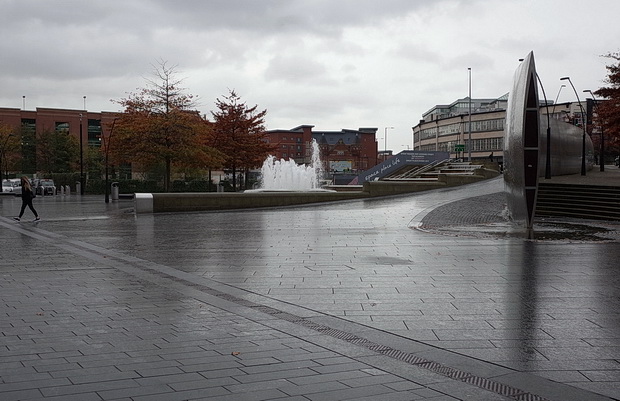 The water feature didn’t look so appealing in the cold morning light of a chilly Sheffield morning. 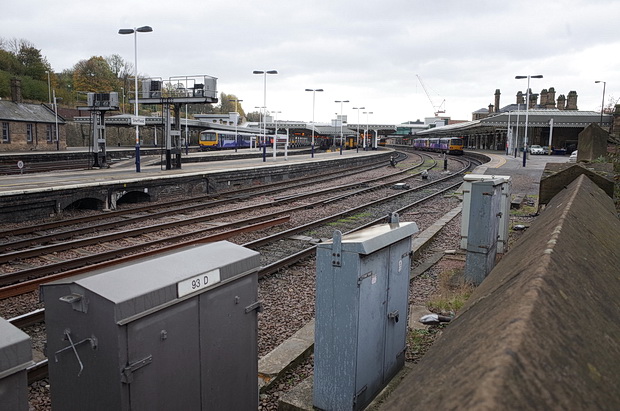 A last look at the station before grabbing the train. 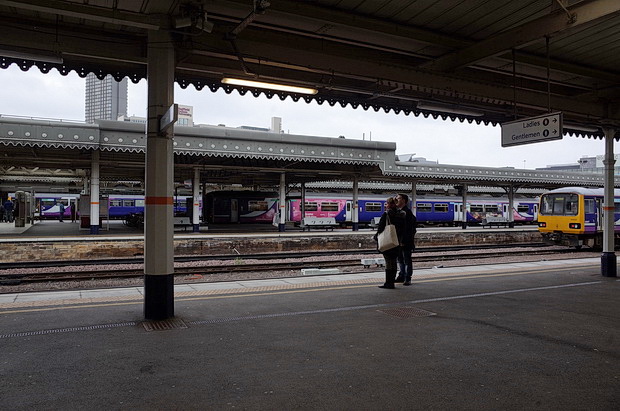 *Apologies to the denizens of Sheffield for posting up such a generally depressing set of photos: hopefully the next time I’m there I’ll have more time to capture some of the more attractive aspects of the city!

A damp and grey day in Sheffield – with high-level flasher, main roads and The Monochrome Set, Feb 2019