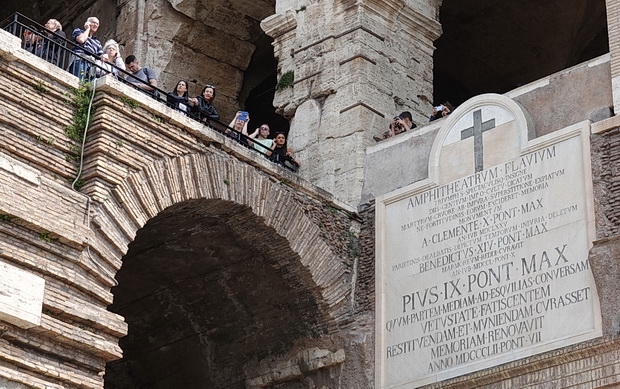 An oval amphitheatre in the centre of the city of Rome, Italy, the Colosseum (or Coliseum) is a masterpiece of ancient craftsmanship.

Constructed of travertine, tuff, and brick-faced concrete, it is the largest amphitheatre ever built. 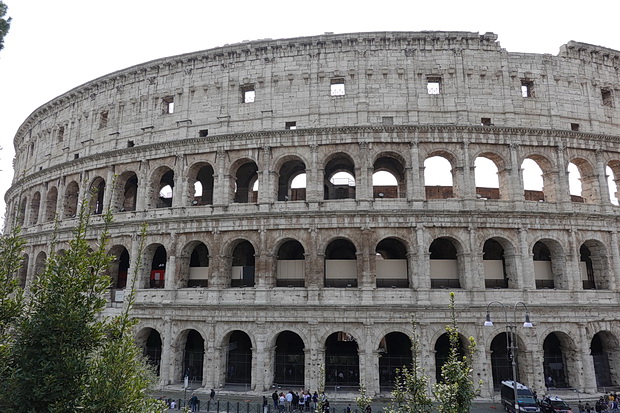 Construction began under the emperor Vespasian in AD 72 and was completed in AD 80 under his successor and heir, Titus, with further modifications made during the reign of Domitian (81–96).

The Colosseum could hold, it is estimated, between 50,000 and 80,000 spectators, having an average audience of some 65,000 who would pack in to watch grisly gladiatorial contests, animal hunts, executions, re-enactments of famous battles, and dramas based on Classical mythology.

Although partially ruined because of damage caused by earthquakes and stone-robbers, the Colosseum is still an iconic symbol of Imperial Rome and is listed as one of the ‘New 7 Wonders of the World.’ 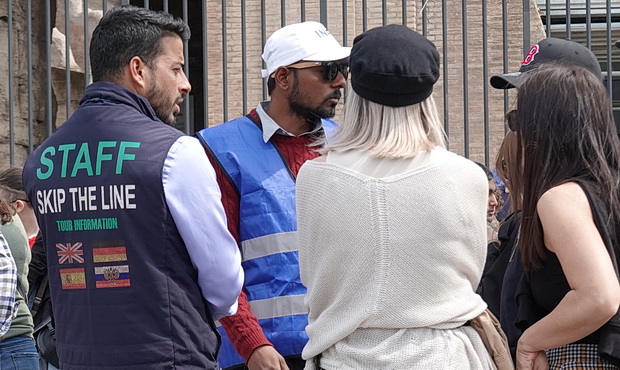 If you visit, watch out for groups of fake ‘staff’ and ‘official guides’ who try to take advantage of the chaotic online ticketing and upsell you extras on top of the admission price. Despite numerous invites for us to pay extra to ‘skip the line’ we were fine with our pre-paid ticket (which gave us an allocated time to enter).

The best – and cheapest – way is to buy the ticket directly from the official Colosseum website and buy a basic entrance ticket for the Colosseum and Forum/Palatine there, which is currently €12. Otherwise, you can buy an entrance ticket with a downloadable audio guide for €18.

This page offers advice on the best time to visit the Colosseum. 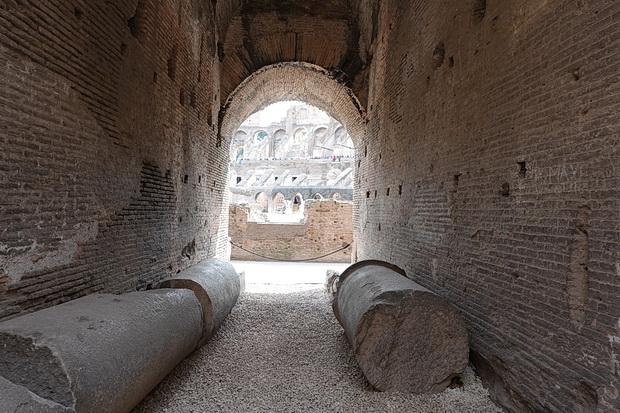 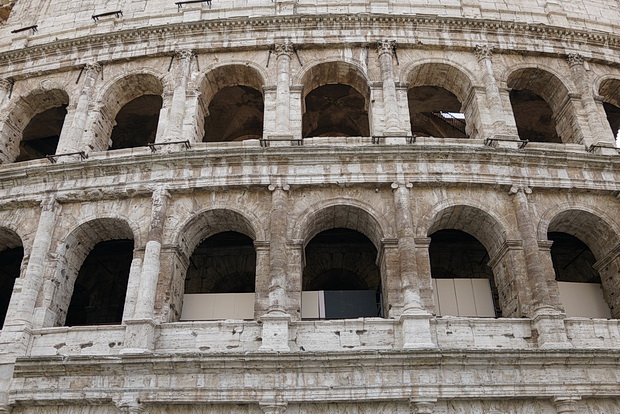 Wikipedia has more detail about the construction of this structure:

Unlike earlier Greek theatres that were built into hillsides, the Colosseum is an entirely free-standing structure and derives its basic exterior and interior architecture from that of two Roman theatres back to back.