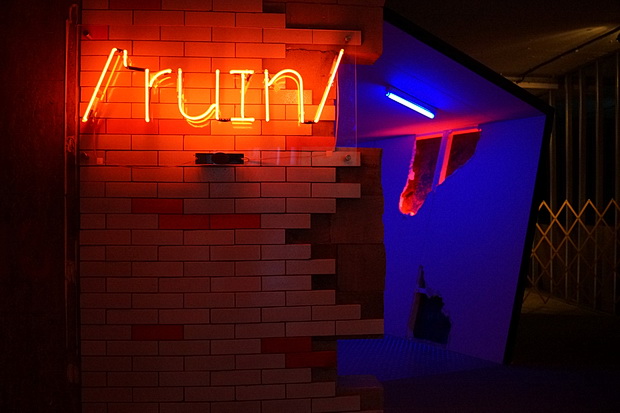 A collaboration between Ben Kelly – who was behind the legendary Manchester nightclub Hacienda – and architectural designer Virgil Abloh, Ruin is a large-scale installation that recreates a mythical abandoned nightclub. 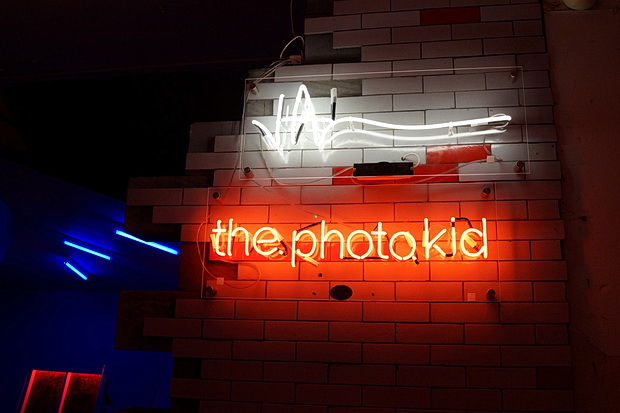 With disco and electro music thumping out from the big Funktion One soundsystem, visitors are invited to walk around what looks like a squatted, post-nuclear upmarket New York nightclub. 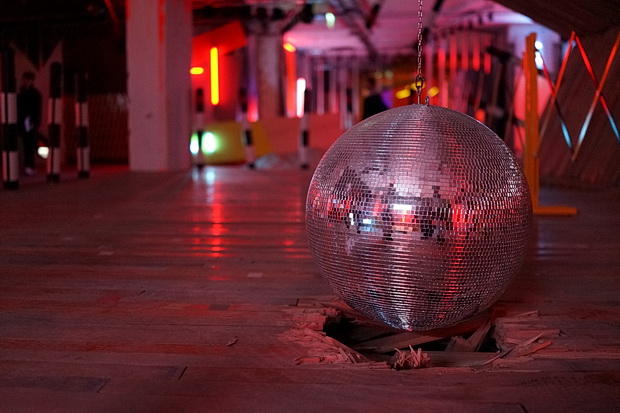 A giant mirrorball appears to have broken loose of its housing and crashed into the dancefloor below, gouging out a trail of destruction in the flooring. 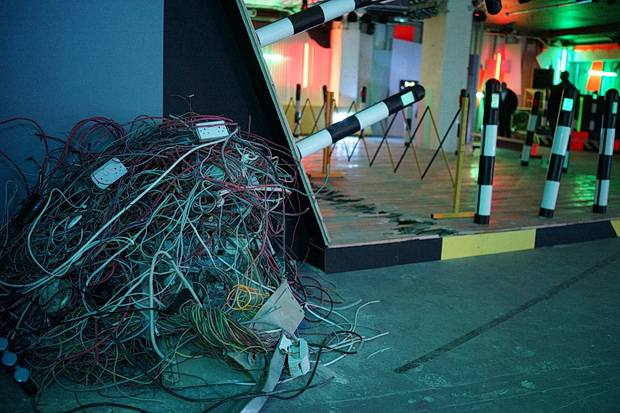 Wires, cables and plug sockets can be seen rolled up into a tangled ball. 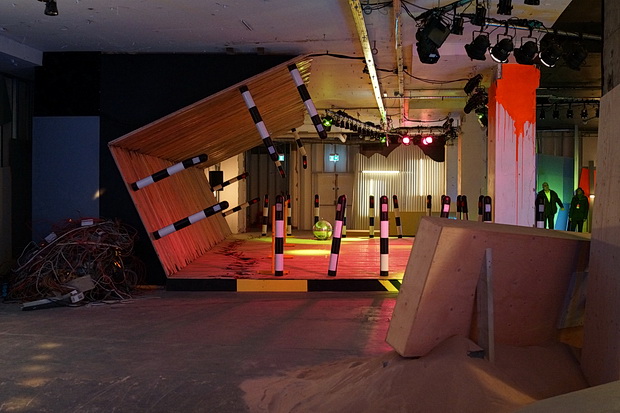 The dancefloor appears to have folded up on itself. 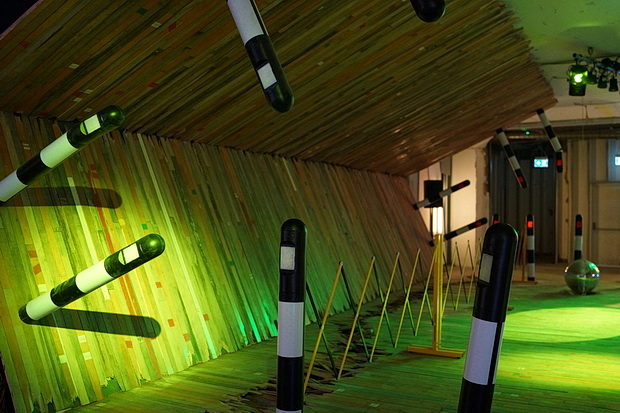 Here’s more photos of the installation. Scroll down for address and opening hours. 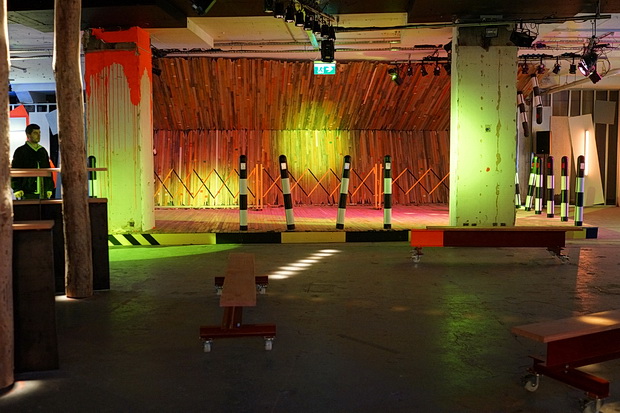 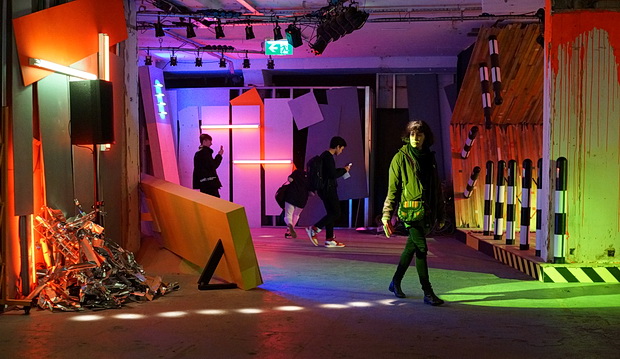 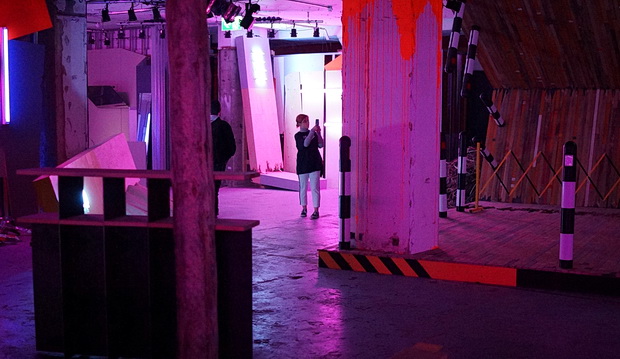 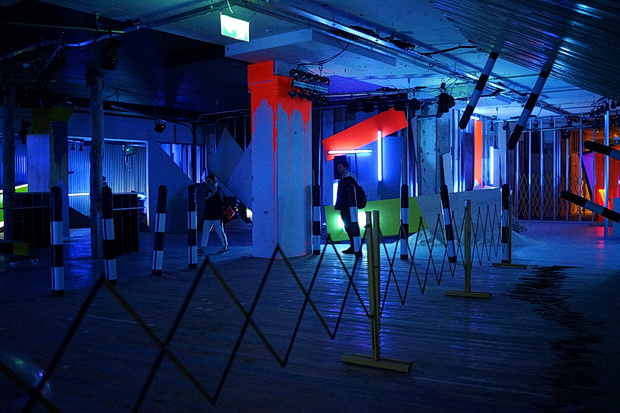 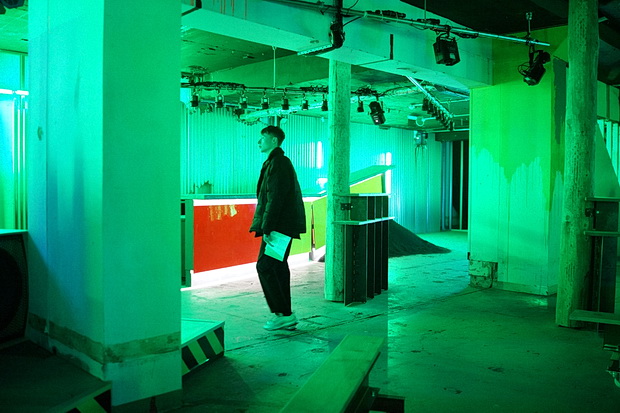 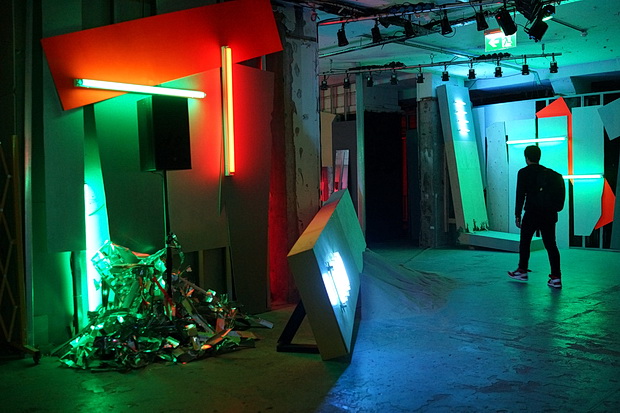 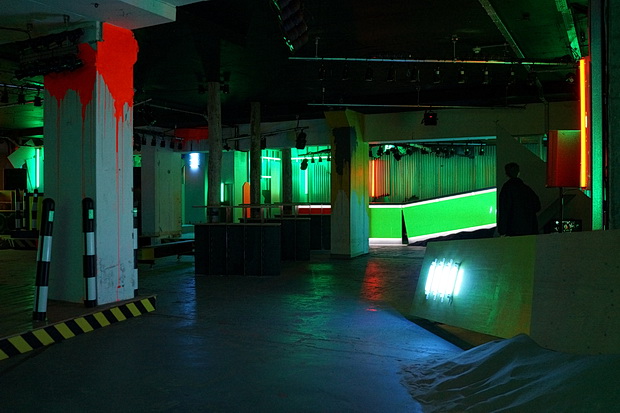 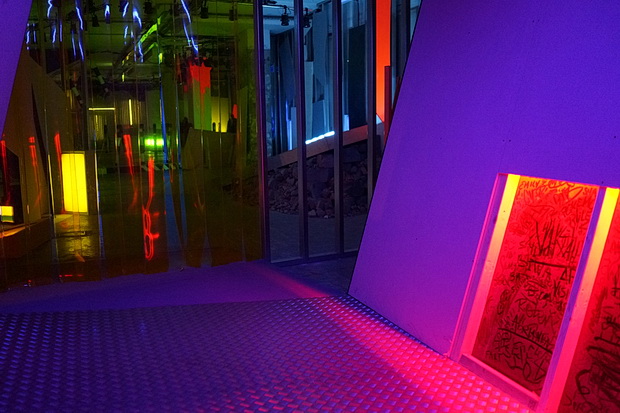 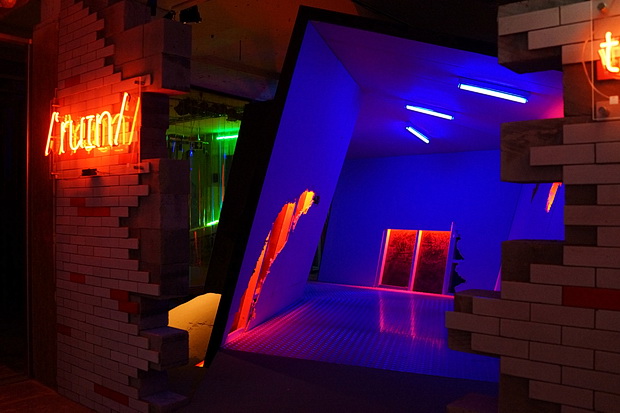 In photos: The Glass Room, a disruptive tech store with nothing for sale in London