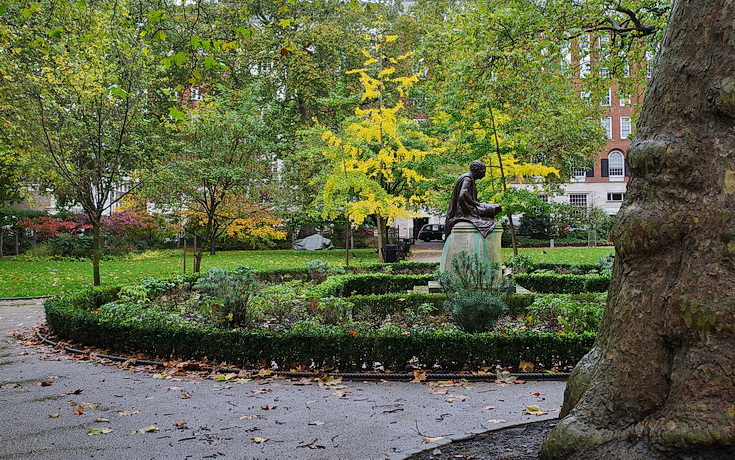 Designed as a companion park to the nearby Gordon Square,  Tavistock Square is a compact green space in Bloomsbury, central London. 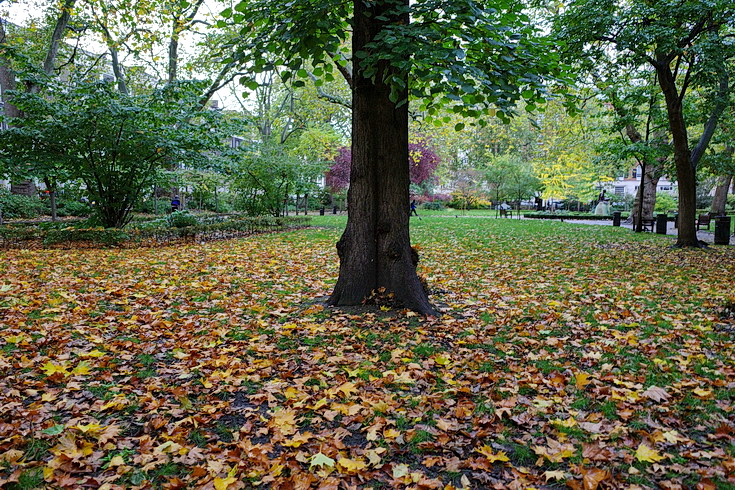 Tavistock Square was built shortly after 1806 by the property developer James Burton and the master builder Thomas Cubitt for Francis Russell, 5th Duke of Bedford, and formed part of the Bedford Estate in London, owned by the Dukes of Bedford.

The square takes its name from Marquess of Tavistock, a courtesy title given to the eldest sons of the Dukes of Bedford. 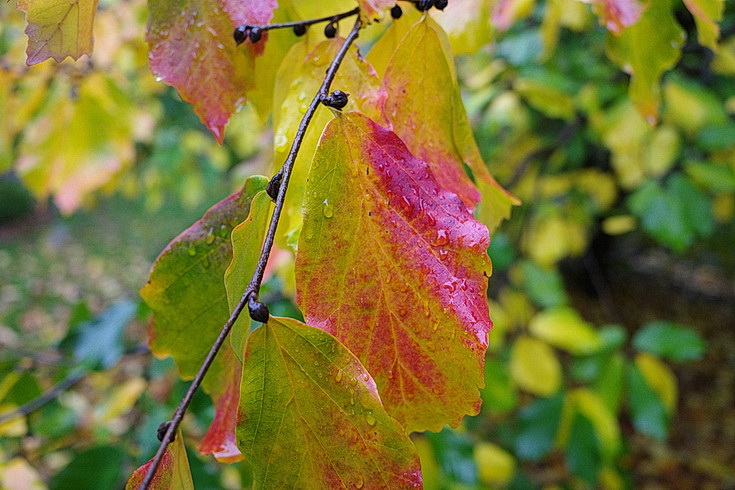 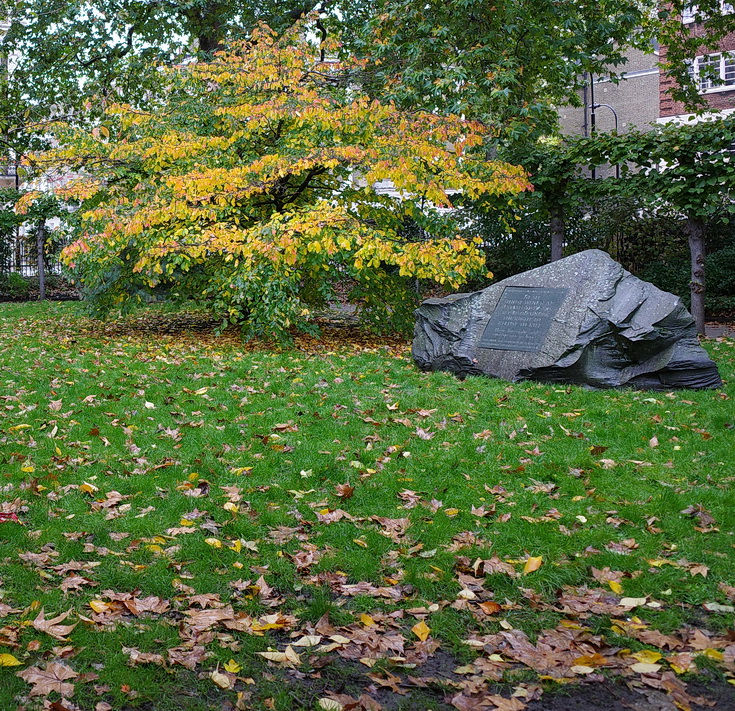 Created by Hugh Court  and installed in 1994,  the Conscientious Objectors Commemorative Stone commemorates “men and women conscientious objectors all over the world and in every age.” 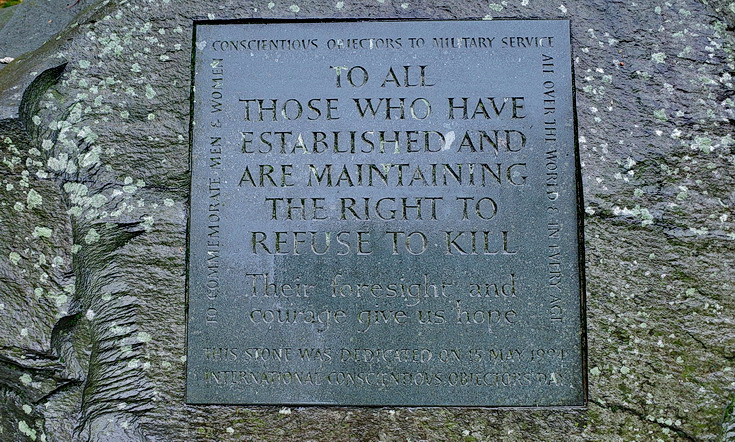 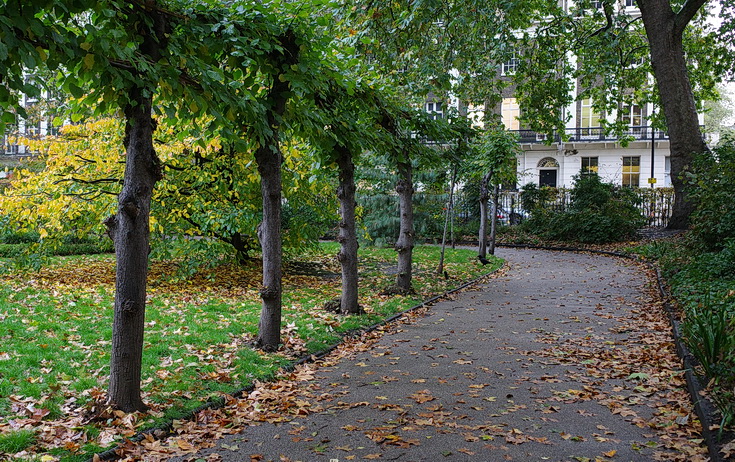 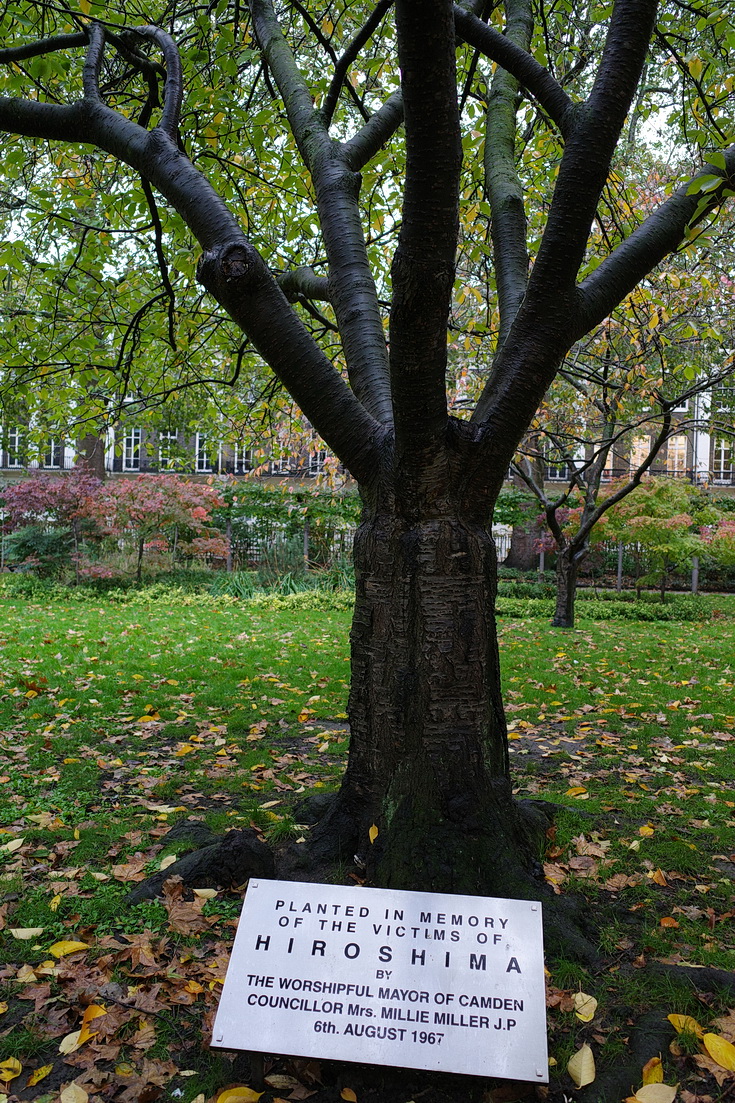 Planted in 1967, this cherry tree memorialises the victims of the atomic bombings of Hiroshima and Nagasaki. 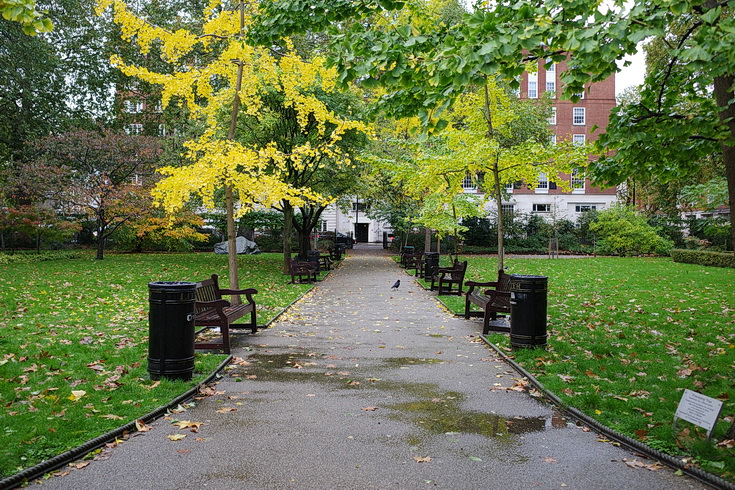 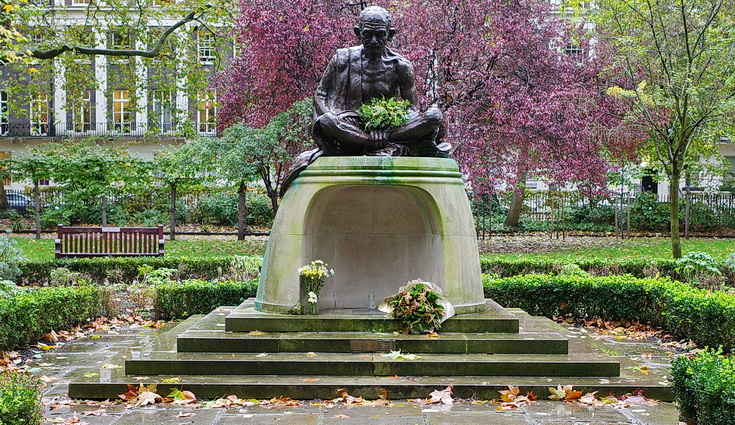 The centrepiece of the park is a statue of Mahatma Gandhi, sculpted by Fredda Brilliant and installed in 1968.

The pedestal contains a space for people to leave floral tributes to the peace campaigner. 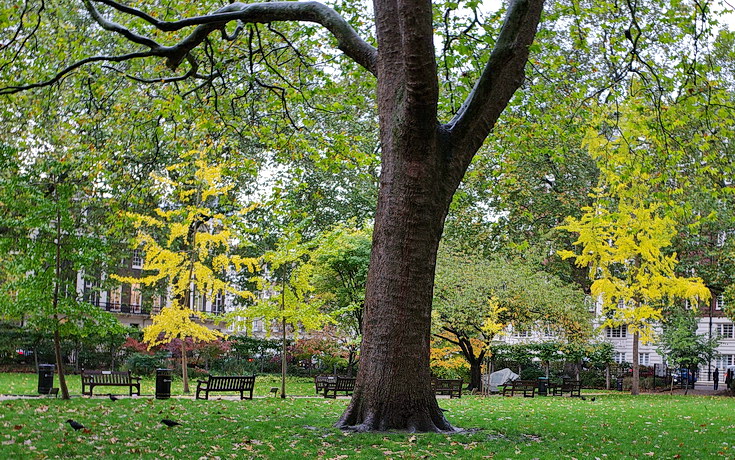 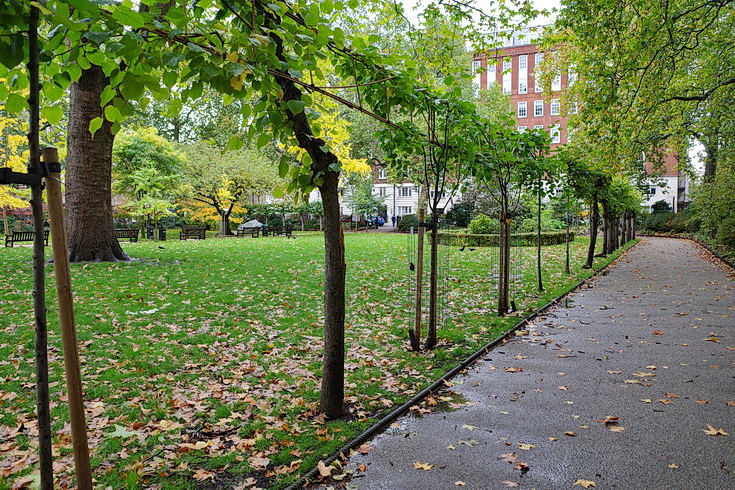 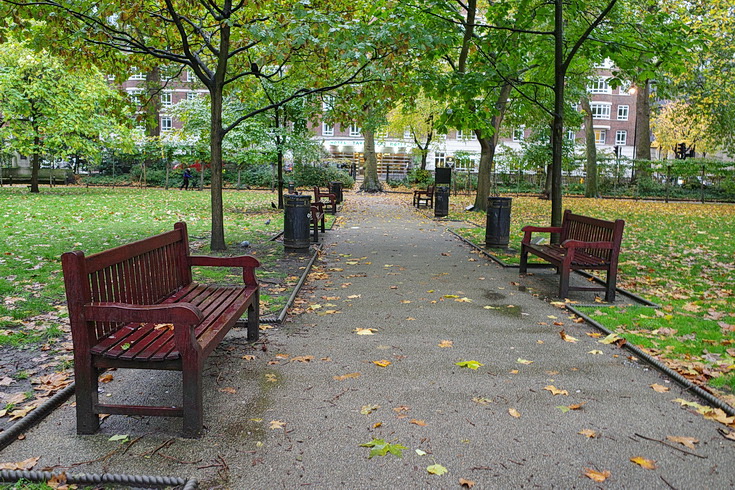 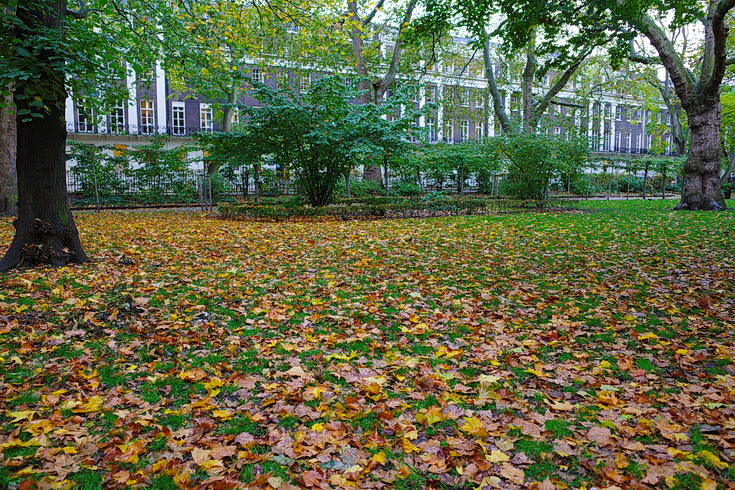 A carpet of autumn leaves. 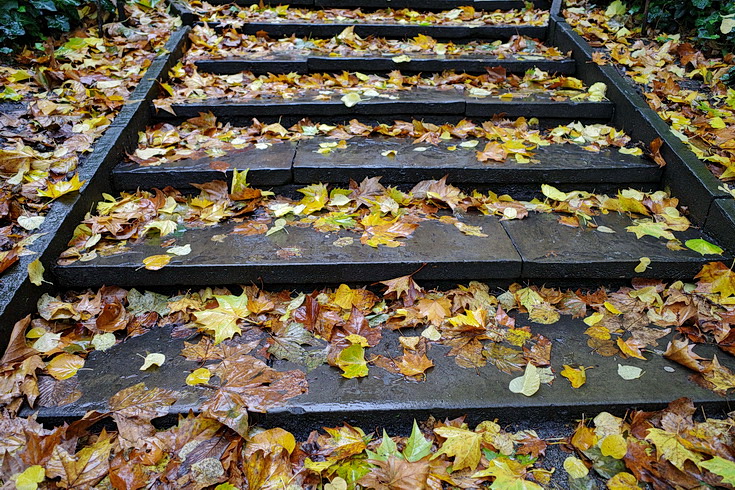 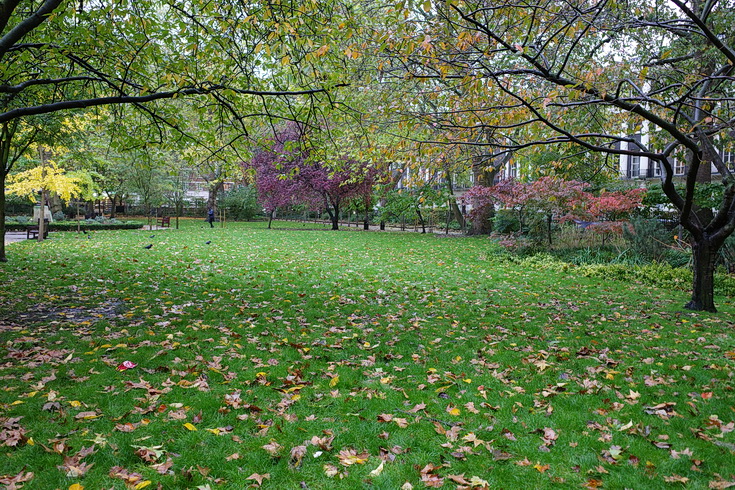 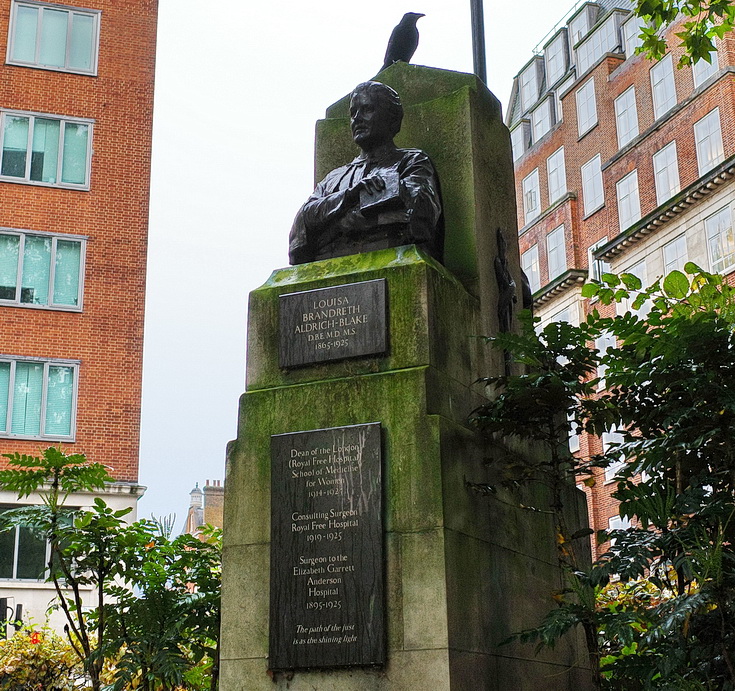 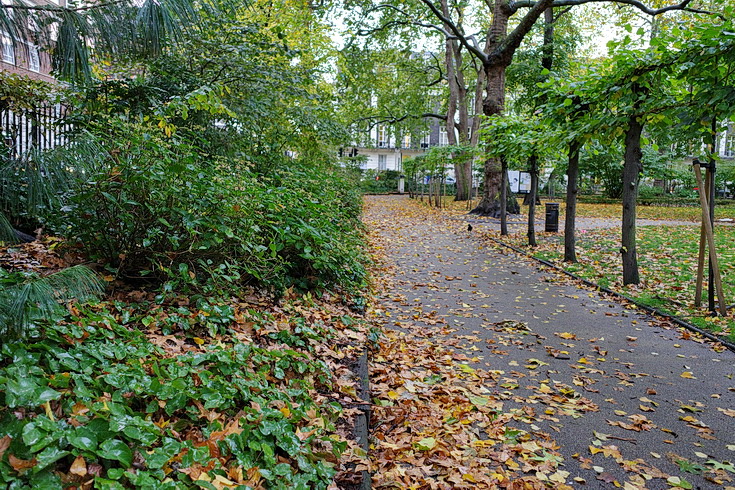 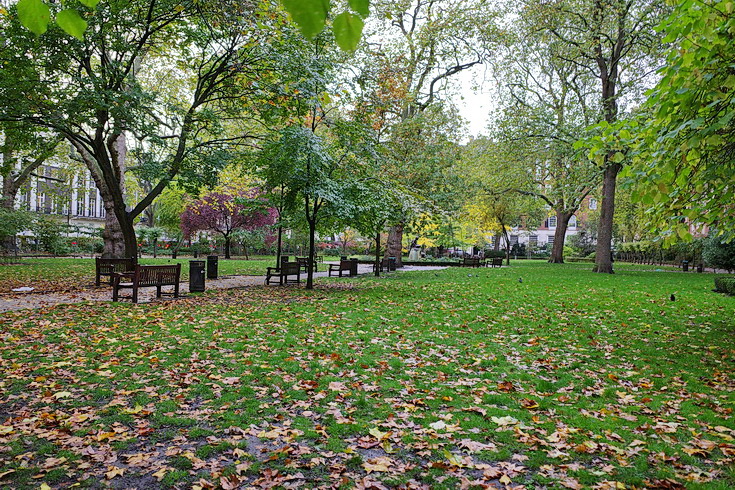 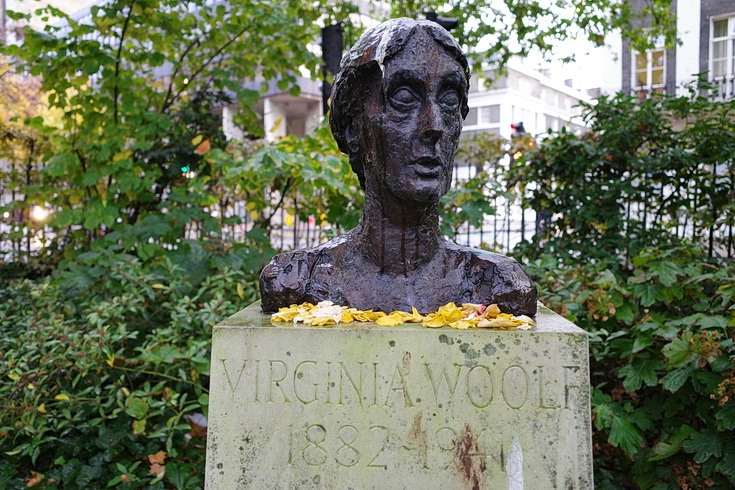 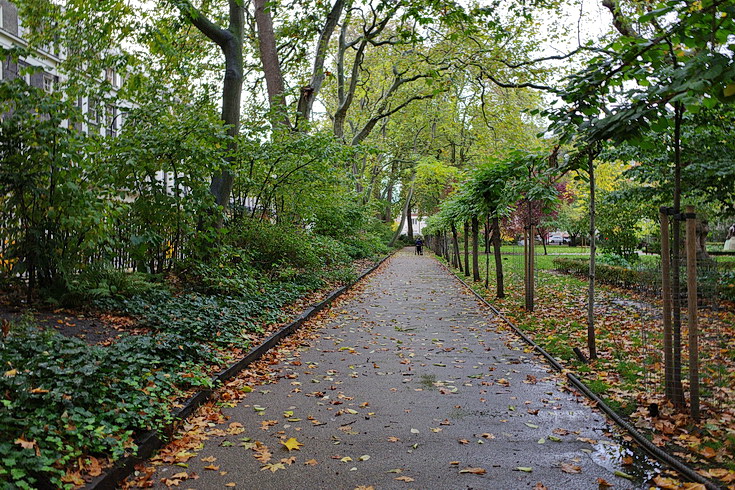 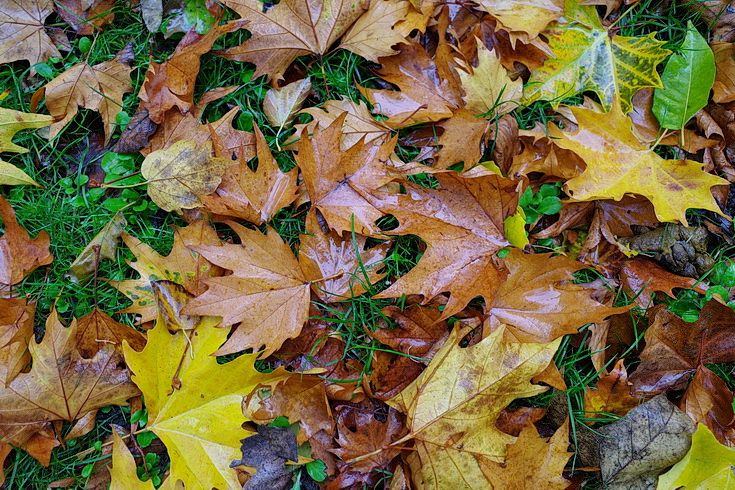 Join in with the forum chat

In photos: London Transport Museum opens Canteen, a new cafe/bar in the heart of Covent Garden