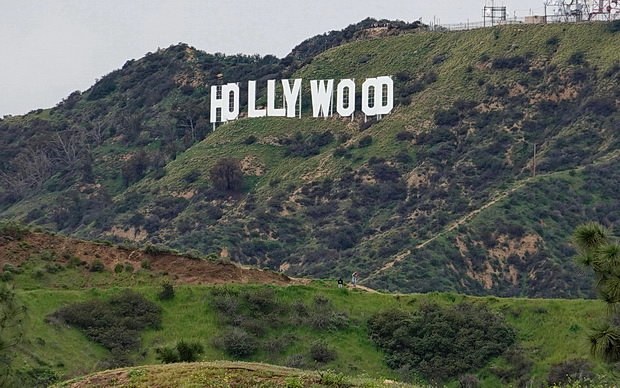 On the last day of our US tour, the band’s driver – the ever-accommodating Steve Michener – took us up to Griffith Park, where we were able to enjoy commanding views of the urban sprawl of Los Angeles and admire the famous Griffith Observatory 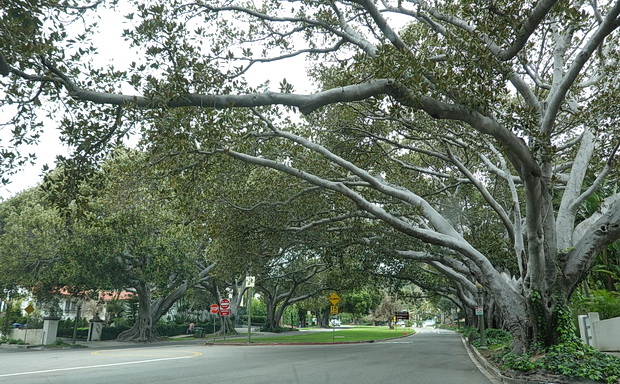 Griffith Park is at the eastern end of the Santa Monica Mountains, in the Los Feliz neighborhood of Los Angeles, and covers 4,310 acres, making it one of the largest urban parks in North America. 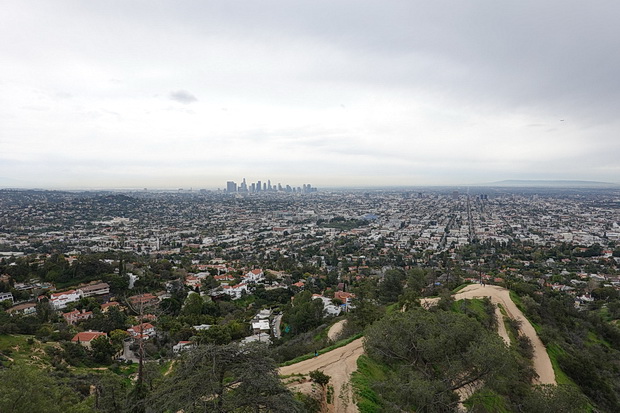 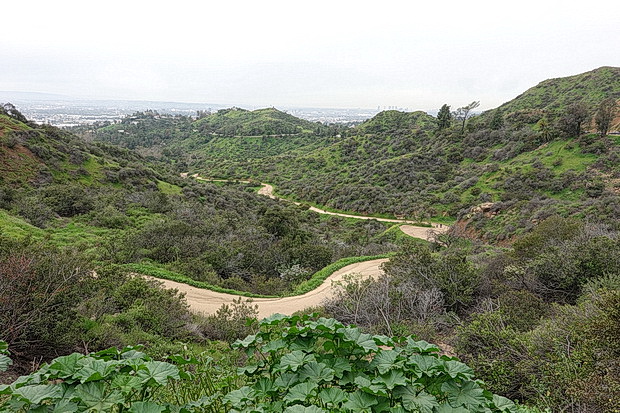 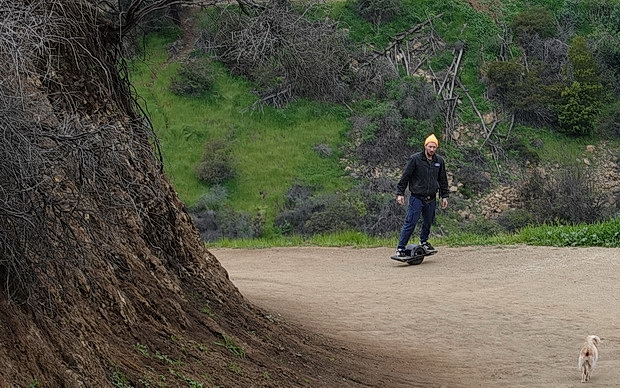 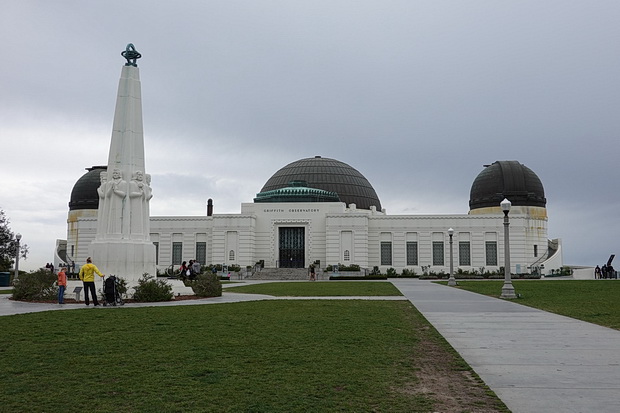 Sitting on the south-facing slope of Mount Hollywood, the Griffith Observatory opened in 1935, in accordance with the will of Griffith J. Griffith, the benefactor after whom the observatory is named. 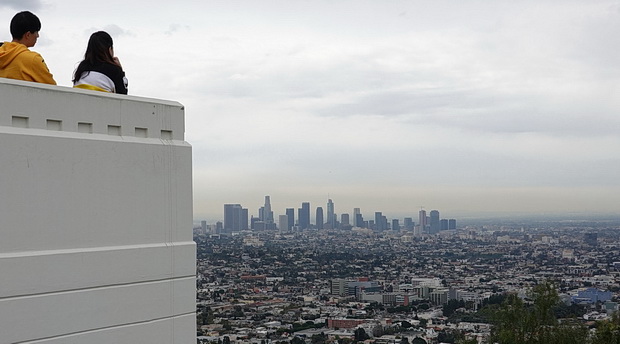 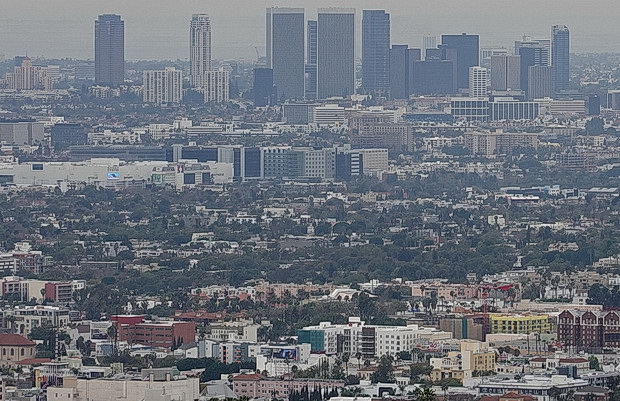 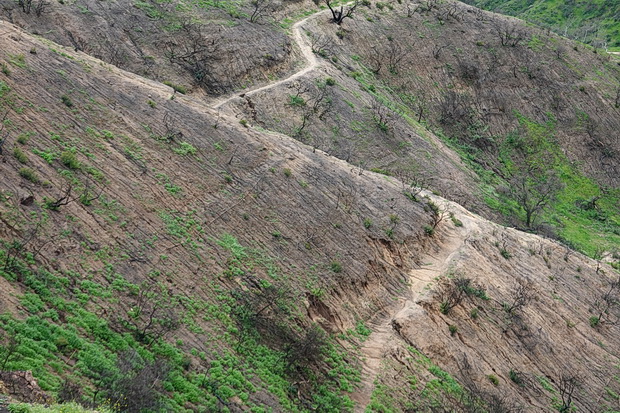 The park has endured several serious bush fires over the years, . 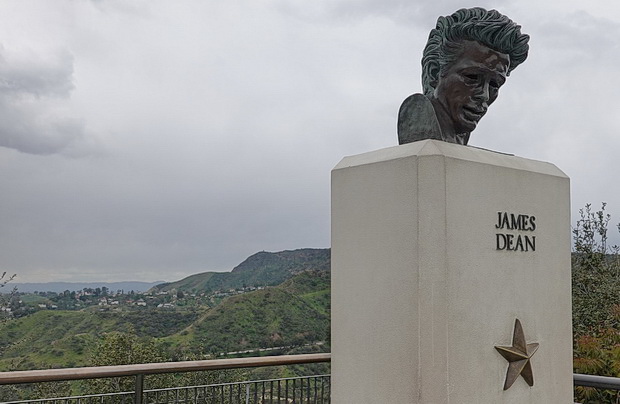 There’s a large bronze bust of James Dean just outside the observatory.  It sits atop a white column, which contains a gold star and the words “James Dean,” plus a bronze plaque commemorating the making of key scenes of “Rebel Without a Cause.” 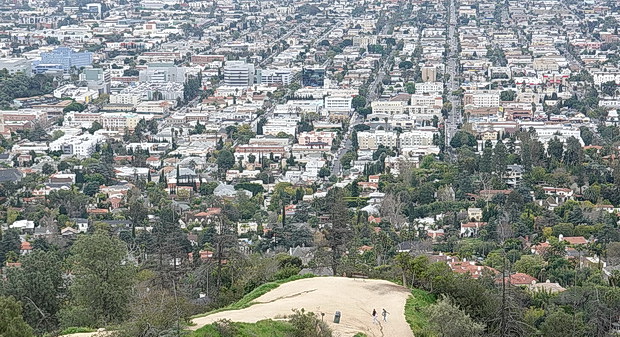 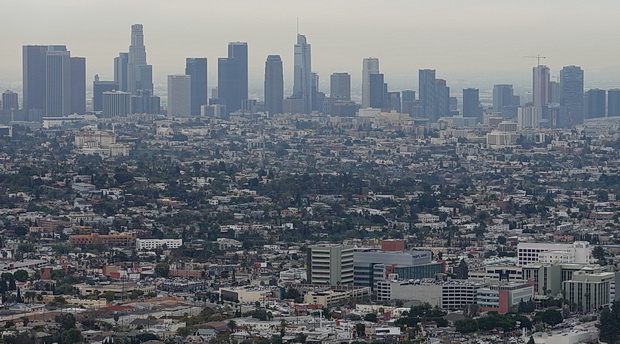 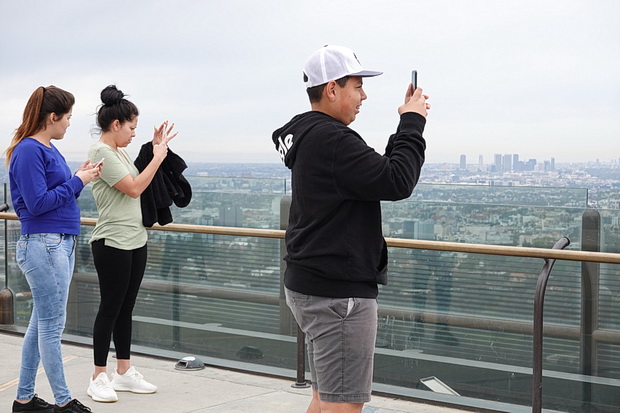 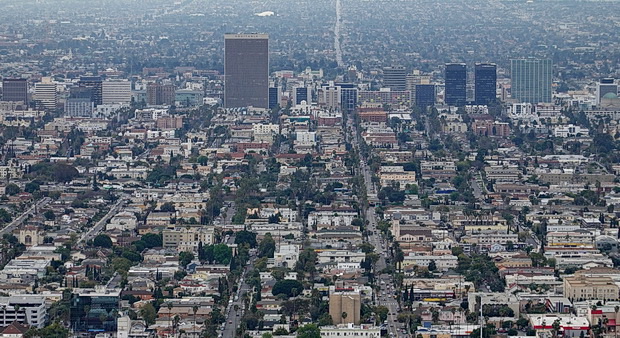 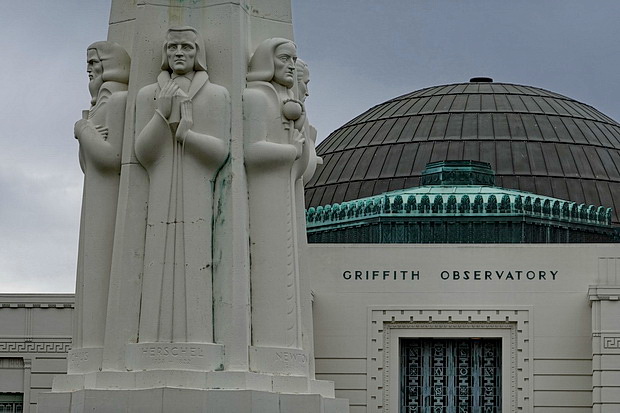 The Astronomers Monument on the the front lawn of the observatory pays tribute to six of the greatest astronomers of all time: Hipparchus, Copernicus, Galileo, Kepler, Newton, and Herschel. 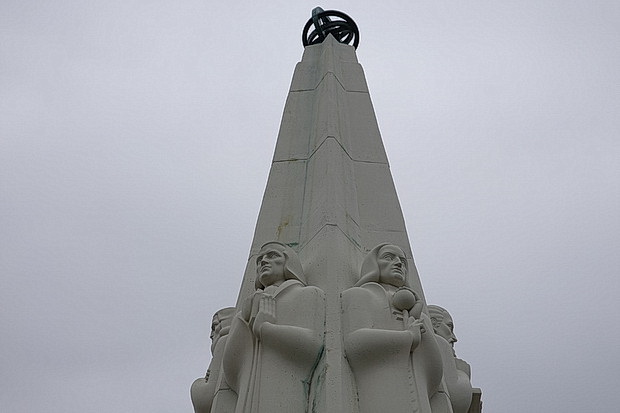 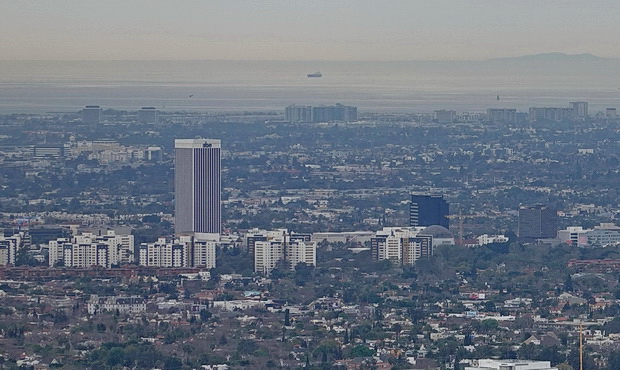 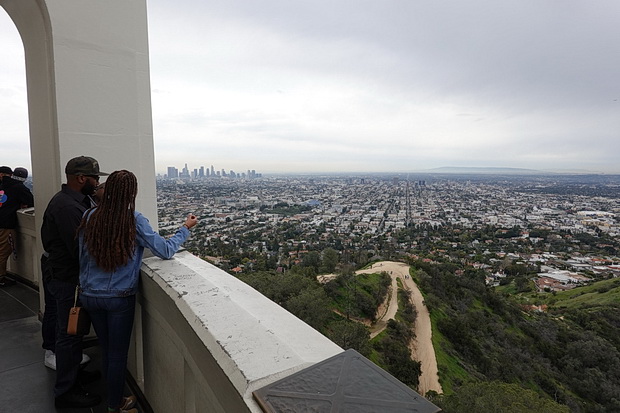 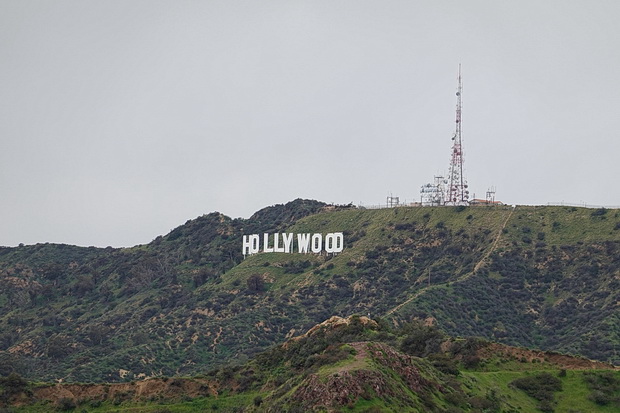 The iconic Hollywood Sign is located on Mount Lee, in the Hollywood Hills area of the Santa Monica Mountains.

Wikipedia has this info:

“HOLLYWOOD” is spelled out in 45-foot-tall white capital letters and is 352 feet long. The sign was originally created in 1923 as an advertisement for a local real estate development, but due to increasing recognition, the sign was left up. The sign has been a frequent target of pranks and vandalism across the decades, but it has since undergone restoration, including the installation of a security system to deter vandalism. The sign is protected and promoted by The Hollywood Sign Trust, a nonprofit organization, while its site and the surrounding land are part of Griffith Park.

The sign makes frequent appearances in popular culture, particularly in establishing shots for films and television programs set in or around Hollywood. Signs of similar style, but spelling different words, are frequently seen as parodies. The Hollywood Chamber of Commerce holds trademark rights to the Hollywood Sign.

The sign was erected in 1923 and originally read “HOLLYWOODLAND.” Its purpose was to advertise the name of a new segregated housing development in the hills above the Hollywood district of Los Angeles.