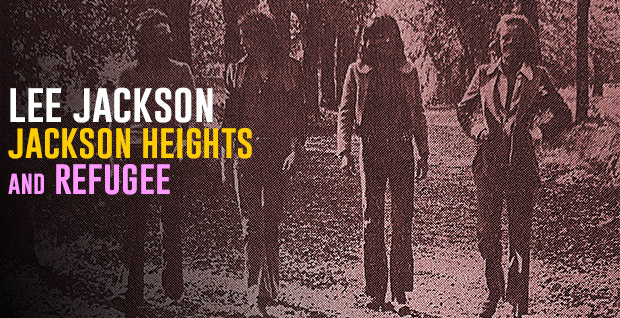 Even by my standards this is pretty niche stuff, but I thought it might be of interest to one or two people out there.

When I was a kid, I became a huge fan of Jackson Heights, an early 1970s, folk/rock outfit led by Lee Jackson, formerly of prog rock supergroup, The Nice (they split up after Keith Emerson quite to form ELP). 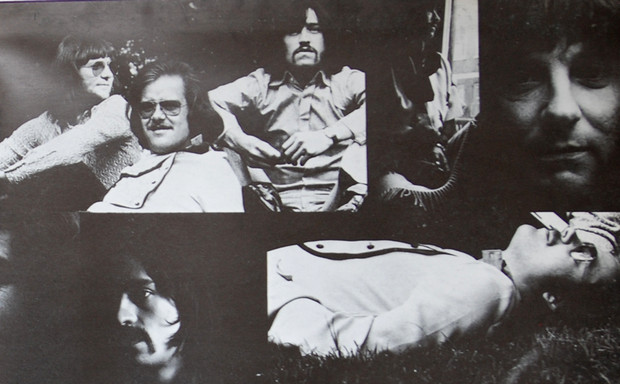 [Inside cover artwork from King’s Progress]

With a laid back and melancholic air, they were never going to be big stars, and after releasing four albums and four singles – none of which came close to troubling the charts – they split up, with leader Lee Jackson going on to form the short-lived, prog-rock-tastic Refugee.

Sadly for Lee, history was soon going to repeat himself. Just as Refugee started to break through and the success that had eluded him for so long beckoned, keyboard player Moraz buggered off to join Yes.

Tenaciously, Jackson went on to form one last band called ‘Stripjack’ who soon disappeared after a few gigs.

Me and Jackson Heights

I’m not sure how Jackson Heights first came to my attention. No one at my school had heard of them and despite the few press cuttings here, they were rarely written about.

I suspect it may be because I picked up a cheap copy of their first album ‘King’s Progress’, tempted by the glossy Hypnosis-designed gatefold sleeve and my modest interest in The Nice.

Released in 1970, the album had precious little connection with the thundering Hammond-driven pomp of The Nice, but I was immediately hooked on its sunny, all-acoustic folkiness, and I liked the environmental-conscious title track.

The next album I picked up was Ragamuffin’s Fool – their third album release – and I liked this one a whole lot more.

Quintessentially British with an eccentric choice of material spanning folk to country, the 10 track LP  is laced with harmonies and lovely Mellotron keyboards.

Standout tracks include the reflective ‘Oh You Beauty,’ and the wonderful ‘Bebop’ with its beautiful looped keyboard motif.

Their fourth and last album, Bump and Grind (1973) (with dodgy cover) saw Jackson throw the kitchen sink into production, with a full orchestra being employed on some tracks, backed by world class drummers such as Michael Giles and Ian Paice.

There’s some cracking tracks on the album too (‘It’s a Shame’ is a slice of pure just-divorced melancholy), but once again sales were catastrophic and the album bombed.

My favourite album of all, their second release, ‘Fifth Avenue Bus,’ proved unbelievably difficult to track down.

Unleashed to little interest in 1972, the melodic folk/pop album covers a lot of ground lyrically, with tales of suicides by disused railway tunnels, twisted Pastors, biting dogs, drinking wine with friends, the end of summer and houses in the country. 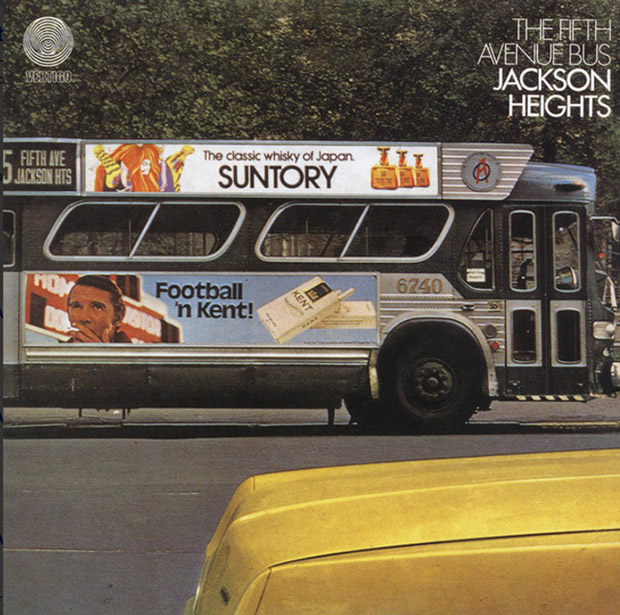 Some of the tracks have dated a little, but I still absolutely love the album: it has a wonderful autumnal, curl up next to the fire vibe with some fantastic playing.

The gatefold cover is fun too, with the bus doors on the front opening to reveal a picture of the band. That kind of high production must have cost Lee a few quid.

Jackson Heights are so forgotten. It is great to see a few folks appreciate their records. I have loved them down through the years. Beautiful, moving songs, fabulous vocal arrangements, Brian Chatton playing exquisite piano, and a lot of Michael Giles on drums.

There must still be some interest in this release as the vinyl album remains something of a rarity, with mint copies going for up to €240 on Discogs. I won’t be selling mine any time soon!

After the demise of Jackson Heights, Lee Jackson reunited with his old mate and ace drummer Brian Davison to form Refugee with keyboard whizkid Patrick Moraz.

As the press cuttings below explain, after a hugely successful first album, Jackson was once again shafted as Moraz quit on the eve of recording their second album.

According to all reports, Lee Jackson is still alive and playing and even has an active Facebook page dedicated to him.

Lee Jackson has played bass in a New Orleans-style rock ‘n’ roll and jazz band, called the Ginger Pig, based in Northampton, for more than twenty years since returning to the UK. He also formed a small combo called ‘Lee Jackson’s Barking Spyders’, with members of a Beatles tribute band called Accrington Stanley.

The Nice briefly reunited in 2002 and recorded a live album called Vivacitas which featured live favourites from the band’s heyday between 1967 and 1970.

Sadly, Brian Davison died on 15 April 2008 aged 65 from a brain tumour with Keith Emerson following on 11 March 2016 of an apparently self-inflicted gunshot wound to the head.

I’d used one of my old schoolbooks to keep press cuttings related to the band – it would later contain articles about the Blue Nile and Prefab Sprout – and I’d thought I’d share them here: 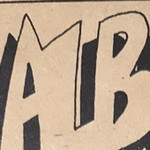 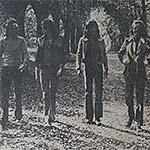 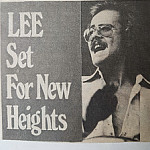 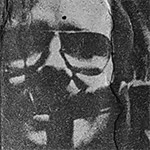 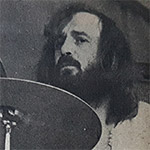 Refugee from Obscurity
Melody Maker, April 27, 1974
Drummer Brian Davison talks about reuniting with his old friend Lee Jackson and the ups and downs of his career. 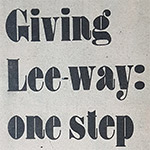 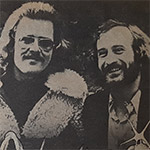 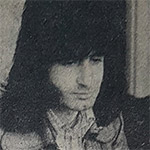 Refugee’s Patrick Moraz Fights back
NME, July 27, 1974
Moraz tries to convince an extremely cynical Beth Lester that he won’t soon be dumping the band so he can go on to greater things. 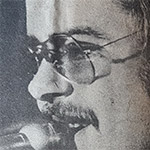 How Does It Feel…
Sounds, Aug 24, 1974
Lee Jackson talks about life after another keyboard player has buggered off and left his career in the lurch. He’s incredibly magnanimous. 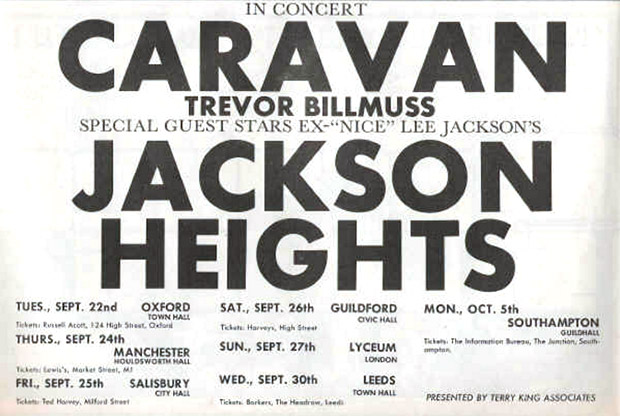 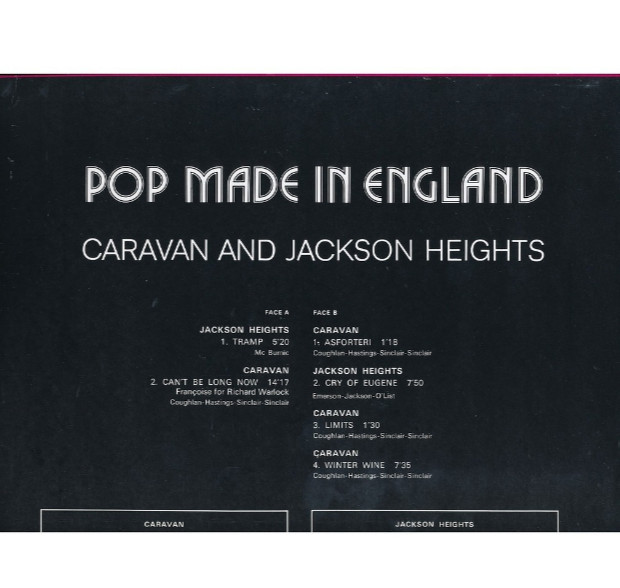 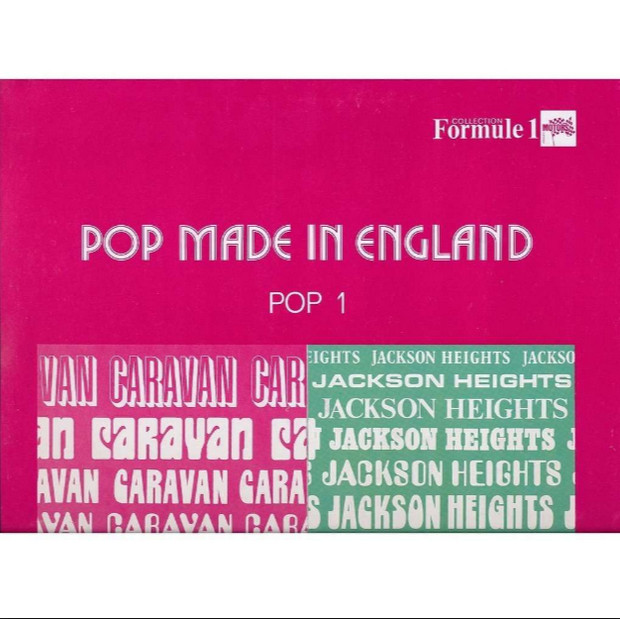 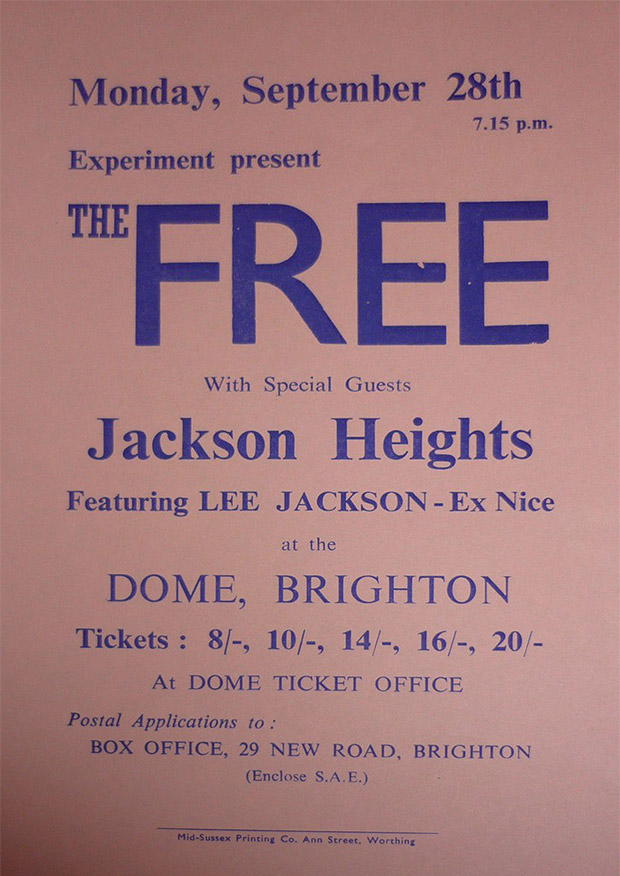 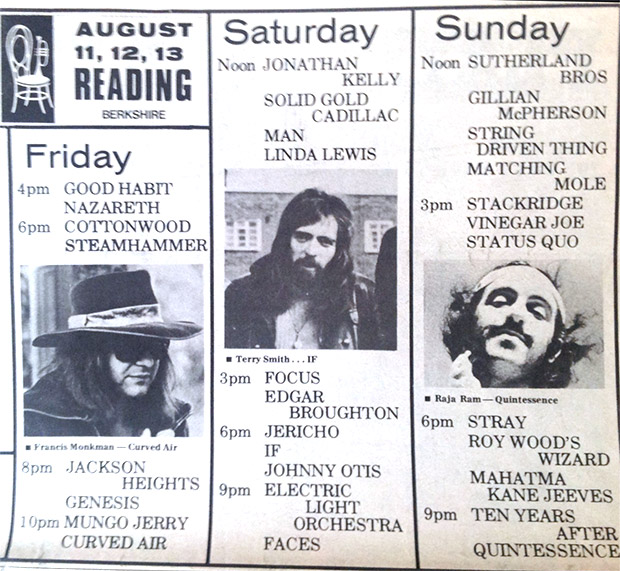 I’m indebted to Kev Conlon who found this rare French video footage of Jackson Heights being interviewed and playing live.

Wikipedia has this information on the band:

After the break-up of The Nice in 1969, each of that group’s three members formed a group of his own, and those three groups toured together : Emerson formed Emerson, Lake & Palmer, Davison’s group was named Every Which Way, and Jackson appeared with Jackson Heights.

Jackson Heights’ debut album, King Progress, included a reworking of “The Cry Of Eugene”, a song originally recorded by The Nice, and new material including “Doubting Thomas” and “Insomnia”.

The group, which included Charlie Harcourt on lead guitar, Mario Enrique Covarrubias Tapia on bass and Tommy Sloane on drums, produced a radically different sound from that with which Jackson had become well-known, centred upon songs and led by acoustic guitar played by Lee Jackson mostly.

The group left the Charisma label and signed with Vertigo, for whom they recorded three albums, The Fifth Avenue Bus and Ragamuffins Fool (1972) and Bump ‘n’ Grind (1973). And then the group disbanded when Jackson teamed up with Patrick Moraz and Brian Davison and formed Refugee in 1973.

Some impressive musicians came within the orbit of the band over the years, particularly in the drumming department, which saw heavyweight tub thumpers like Michael Giles and Ian Wallace (King Crimson) and Ian Paice (Deep Purple).

Chat about the band on the forum

Banners, slogans and faces in the crowd: Solidarity with Refugees March photos

2 Comments on “In praise of the 1970s obscure: Press cuttings for Jackson Heights, Lee Jackson and Refugee”