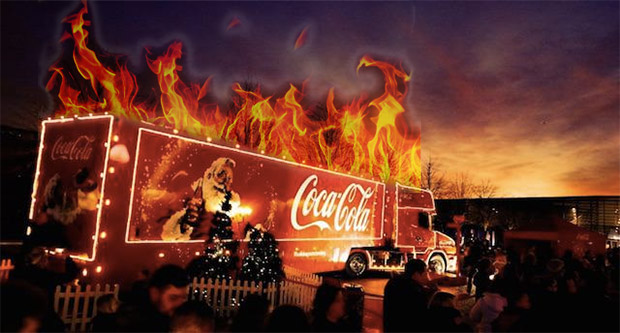 It’s been bad enough having irrelevant, commercialised American rubbish like Black Friday and Cyber Monday thrust upon us Brits, but I really draw the line at this ludicrous Christmas Coca Cola lorry nonsense. 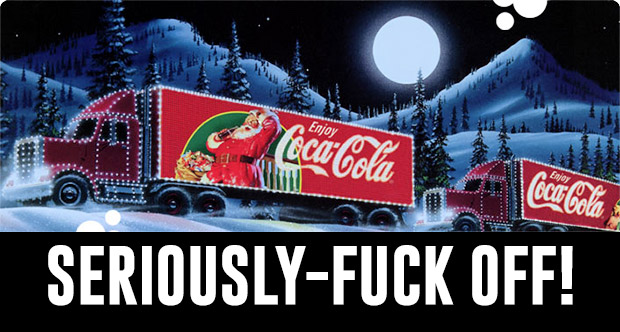 Dreamt up in 1995 as part of a marketing campaign to shift more drinks in a traditionally quieter sales period, it has proved so successful that they’ve managed to persuade rational people that “It’s Not Christmas Until You’ve Seen The Coca Cola Lorry.”

Yes, really. People actually say that. And now people in the UK go out of their house to cheer this travelling advert on its way or gather to gorge themselves on free samples of the stuff.

Join us at the Truck Tour events for your chance to have a photo taken with the famous truck to share with friends and family. Soak up the festive spirit with seasonal music and a free Coca-Cola!

If I’m looking for some festive spirit I certainly won’t find it next to a massive, exhaust-belching truck, and if I felt the need to ‘know when it’s Christmas’ – whatever that means  – I certainly won’t be consulting a multi-national corporate with a record as dodgy as Coke’s.