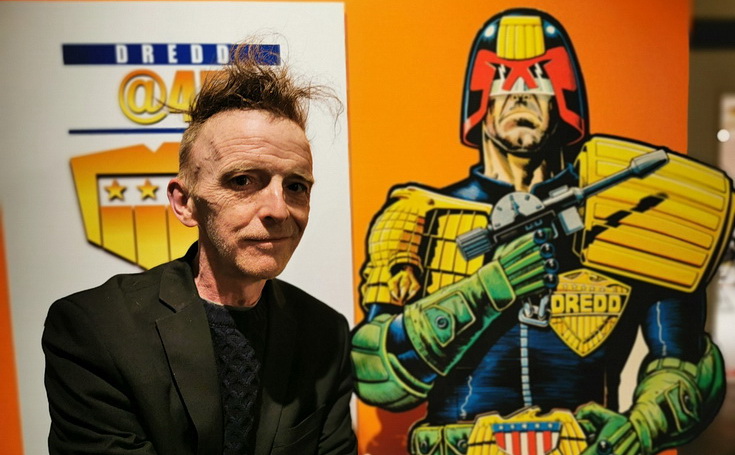 The rather wonderful Cartoon Museum in central London has just launched a small exhibition to celebrate 45 years of Judge Dredd, the legendary lawman from the 2000AD comic series.

[Above pic: Museum Comic Art Curator Steve Marchant is watched over by Dredd] 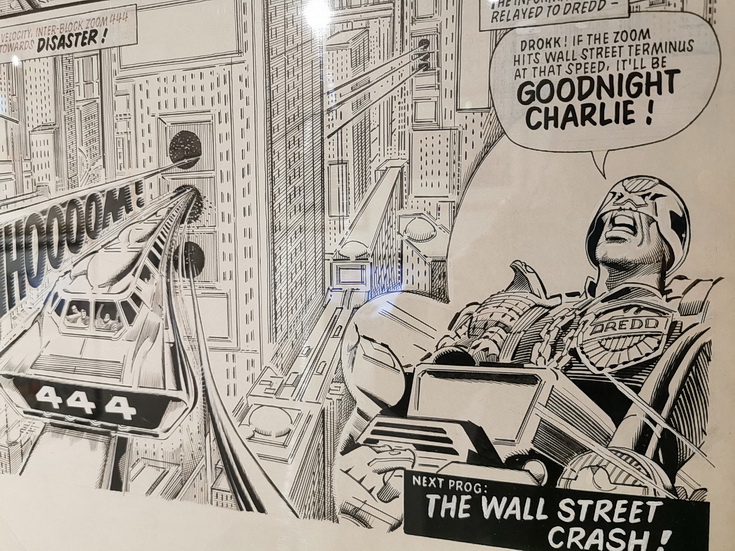 Created by writer John Wagner and artist Carlos Ezquerra, Judge Dredd is the longest-running 2000 AD character, first appearing in its second issue in 1977.

Over those 45 years, Dredd has been reinterpreted by countless artists, keeping the same look while artistic style and technologies have changed and improved alongside him. In 2022, many of the tools that artists use would have been considered ‘sci-fi tech’ by the readers of Dredd in 1977!

From the physical, cut-and-stick techniques utilized in the 1970s, to the crisp lines of the 1980s and the acetate overlays and detailed inking of the 1990s, to the introduction of digital techniques in the 2000s, Judge Dredd has stood steadfast as the world of comic creation has changed around him. Dredd is always different, but always the same.

These 8 original artworks by different artists and eras are displayed in our In Focus space in the museum’s main gallery. 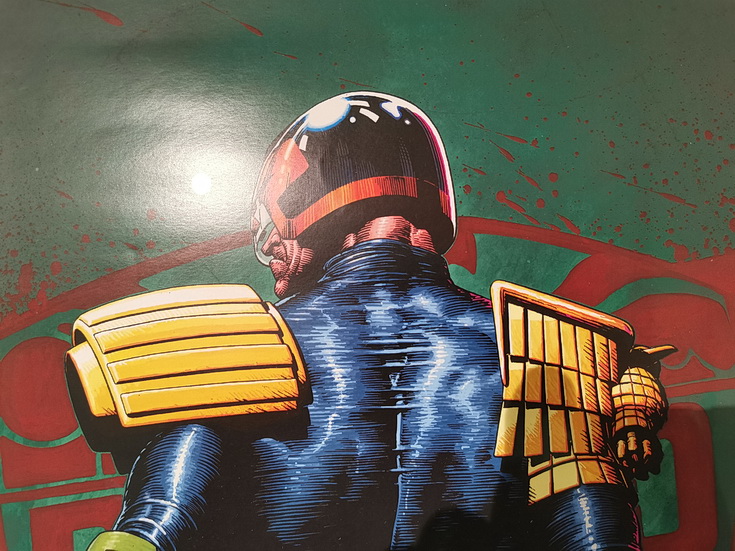 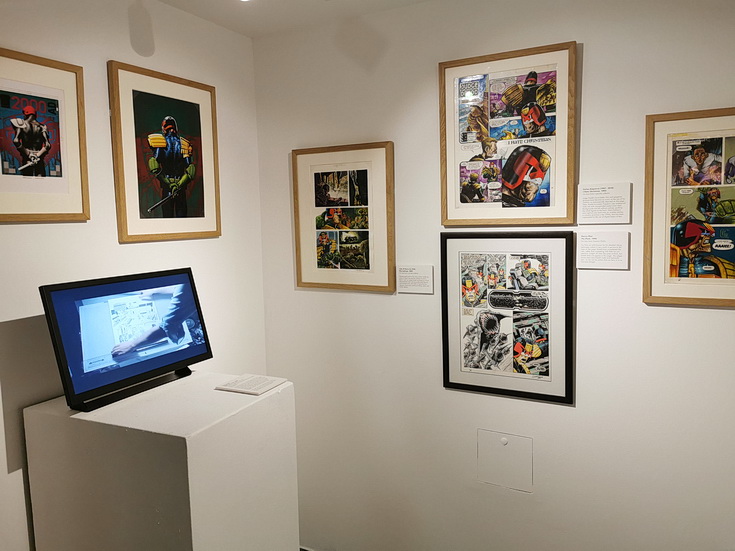 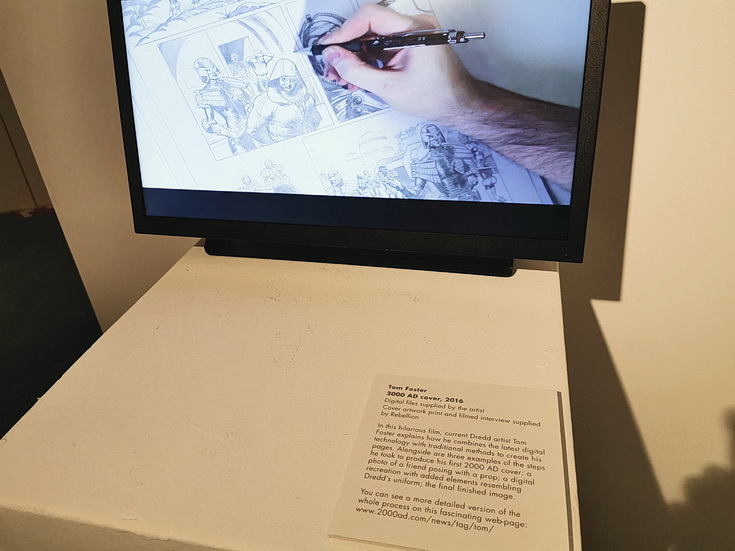 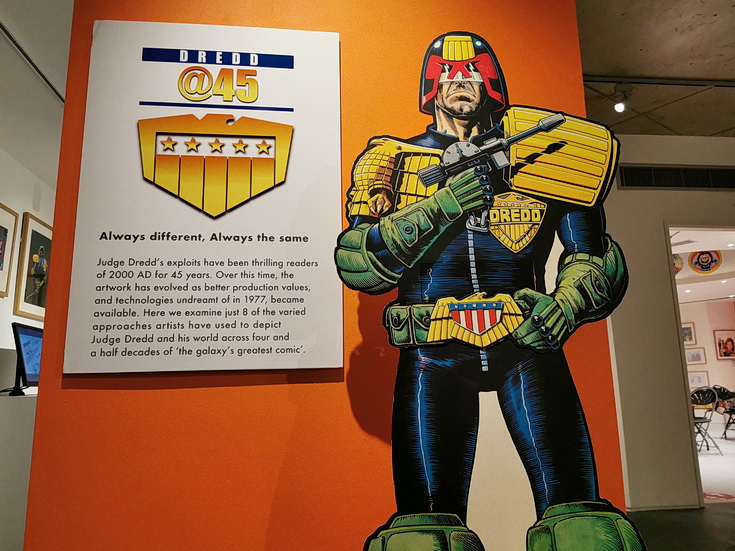 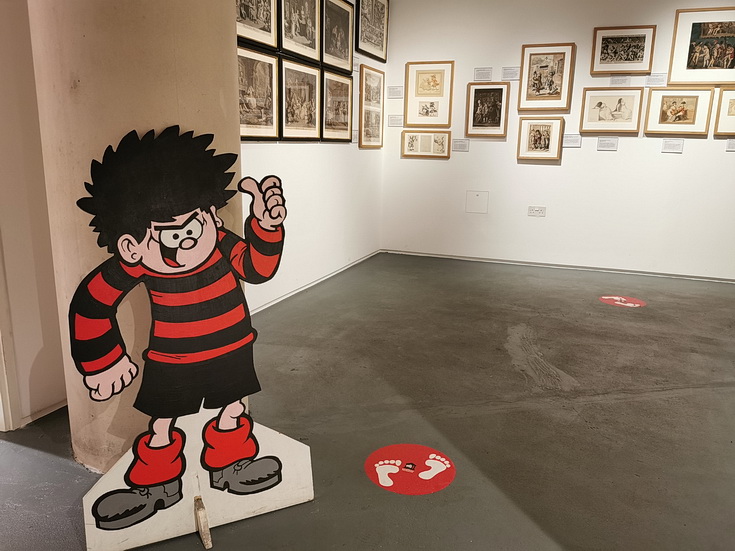 Alongside the Dredd artworks, there’s a fascinating display of original artworks dating back hundreds of years. 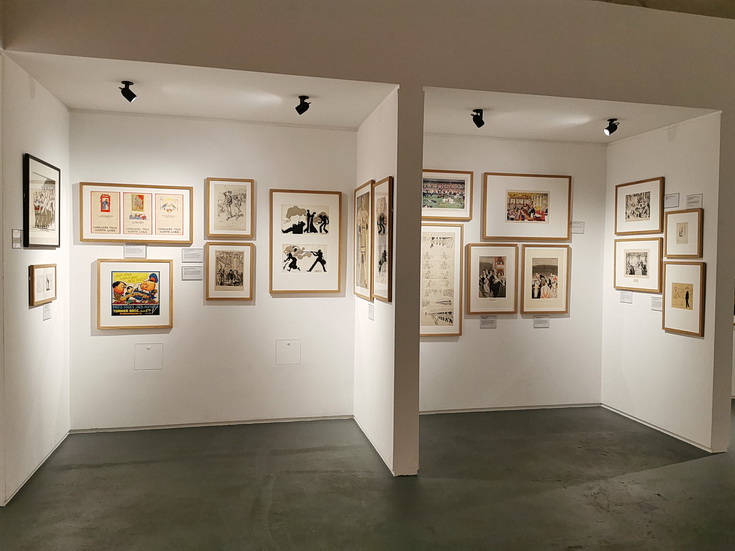 The Cartoon Museum re-launched at 63 Wells Street on 1st July 2019! The design vision for the museum was led by Sam Jacob Studio, who used the language of cartoons and comics as inspiration for the new architecture.

The Cartoon Museum champions cartoon and comic art, highlighting its value to culture and society. Through our programme of exhibitions, events and workshops, we aim to:

We are a registered charity, run by a small team of staff and a Board of Trustees. 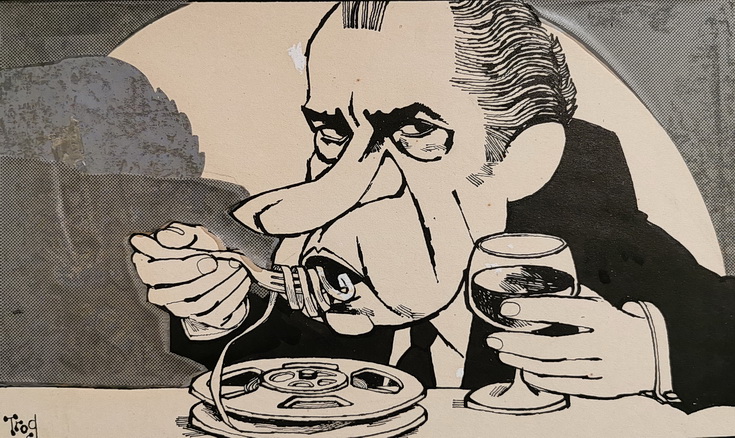 Here’s some of the work on display: 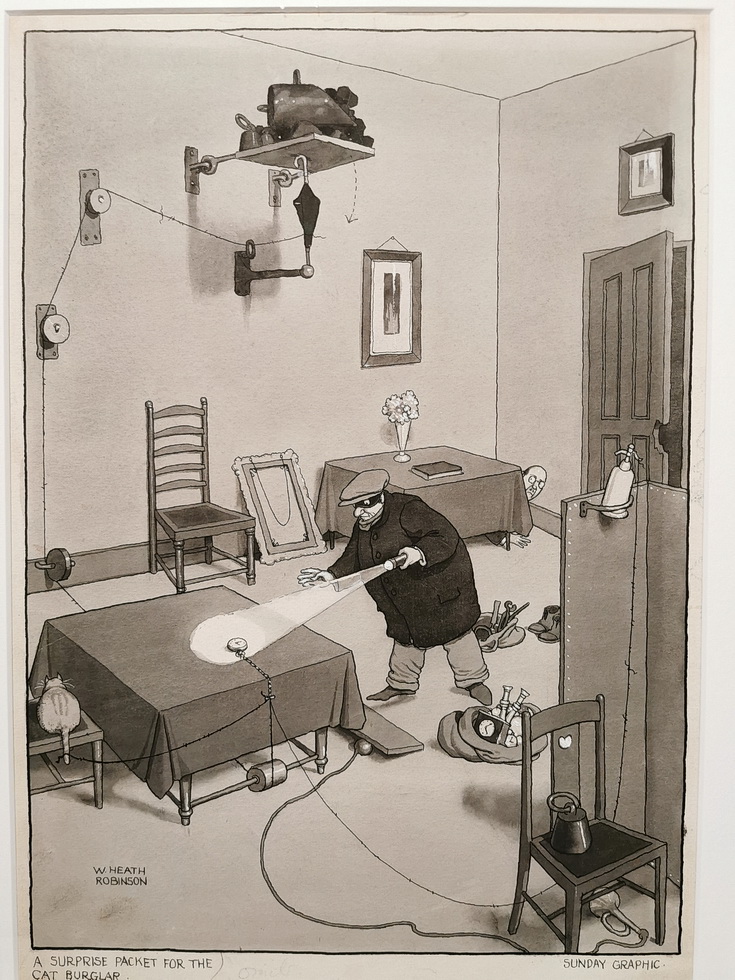 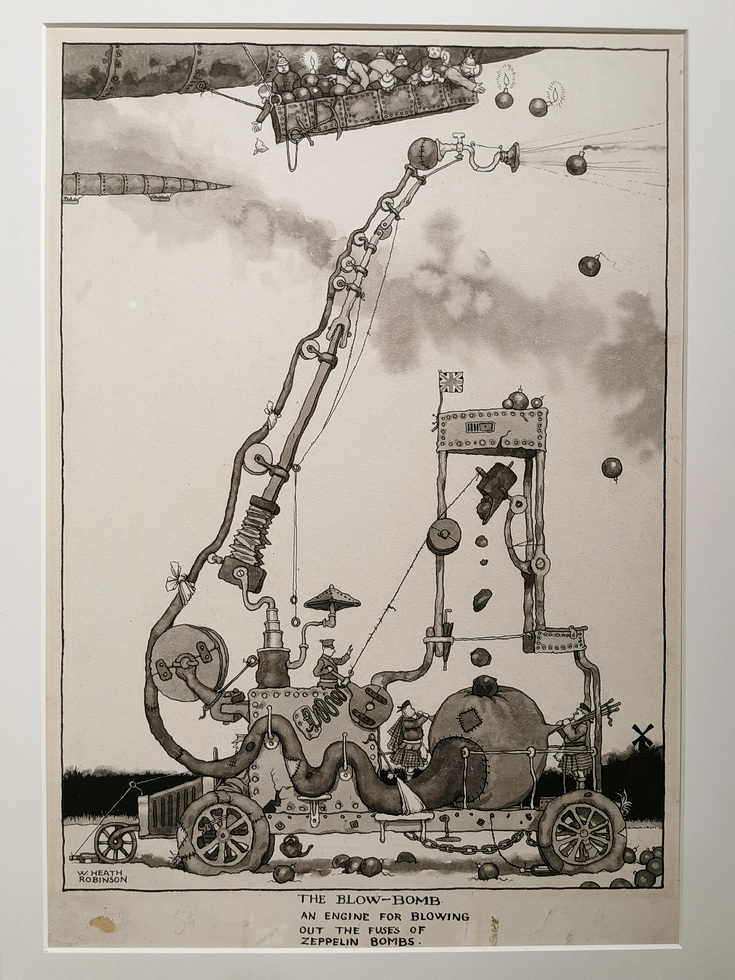 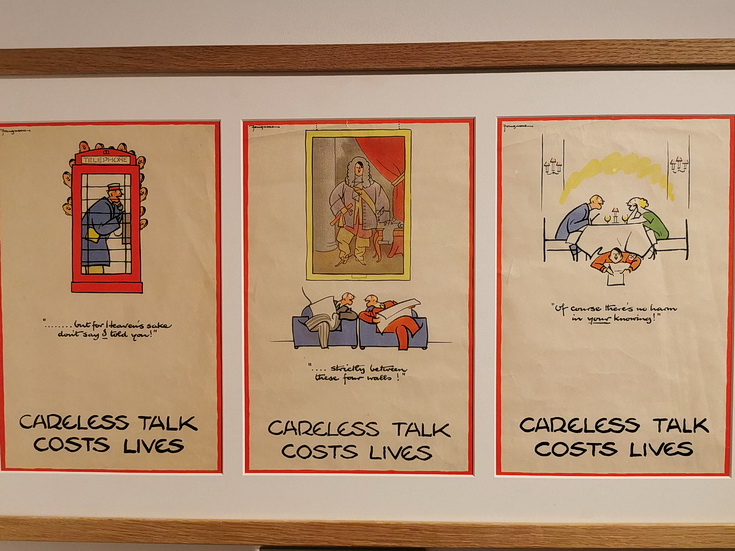 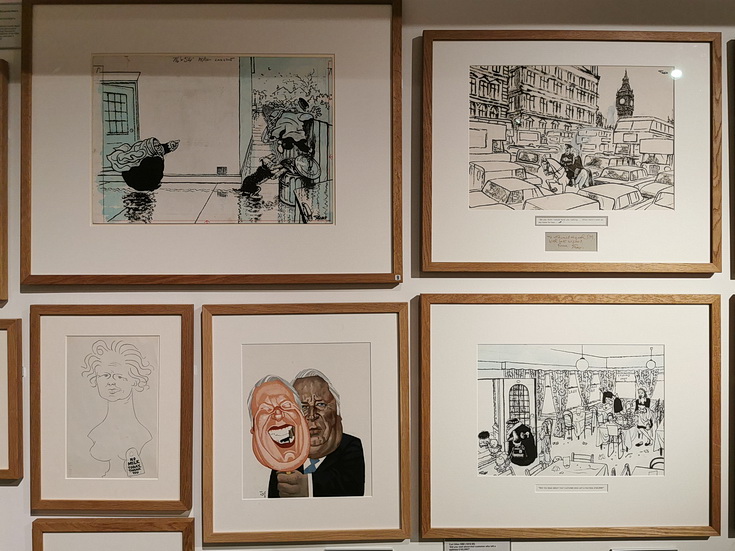 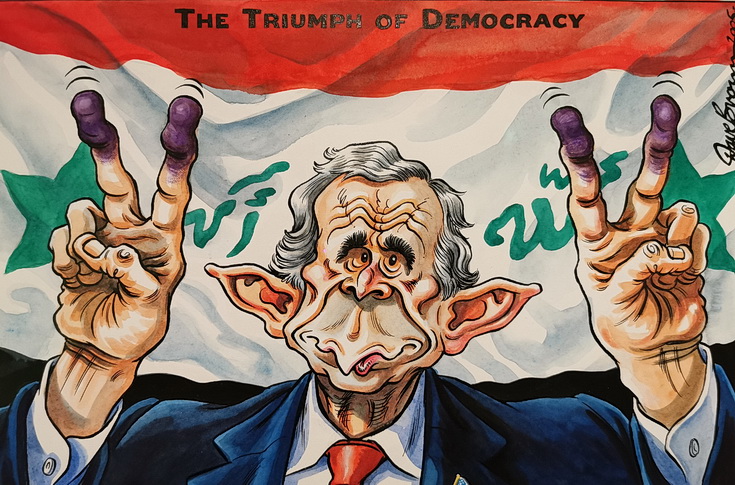 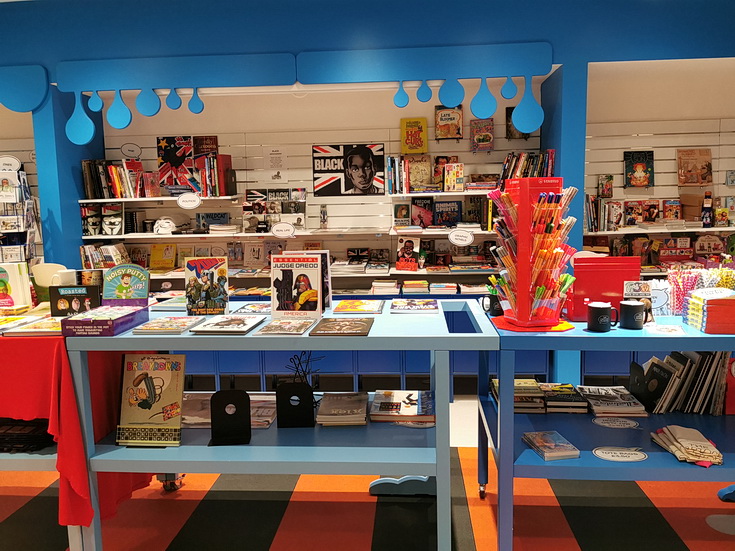 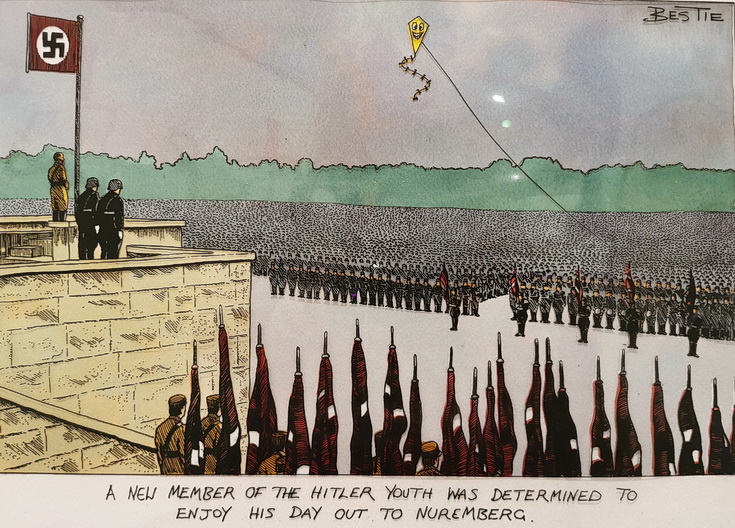 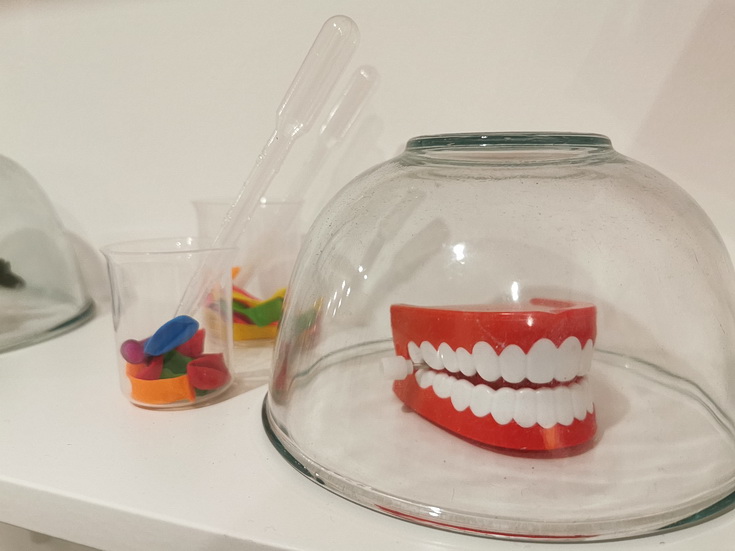 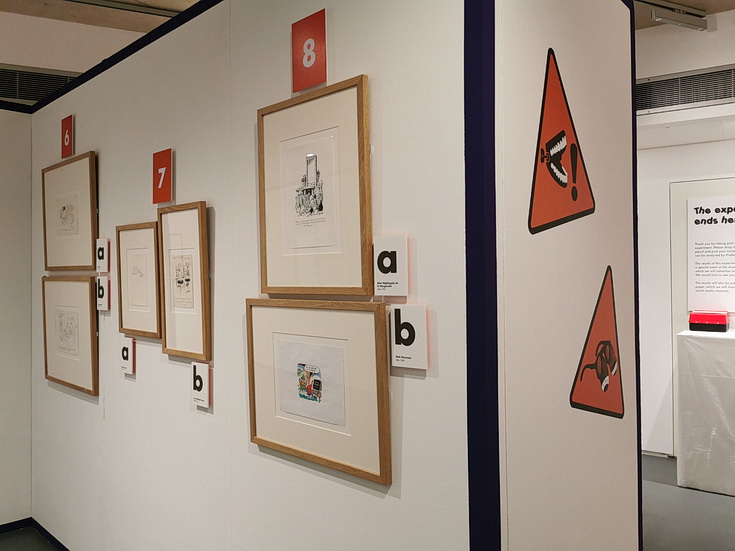 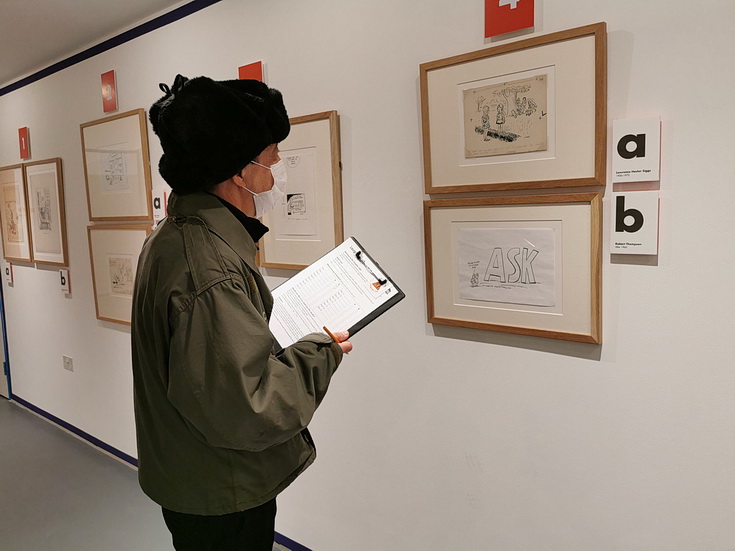 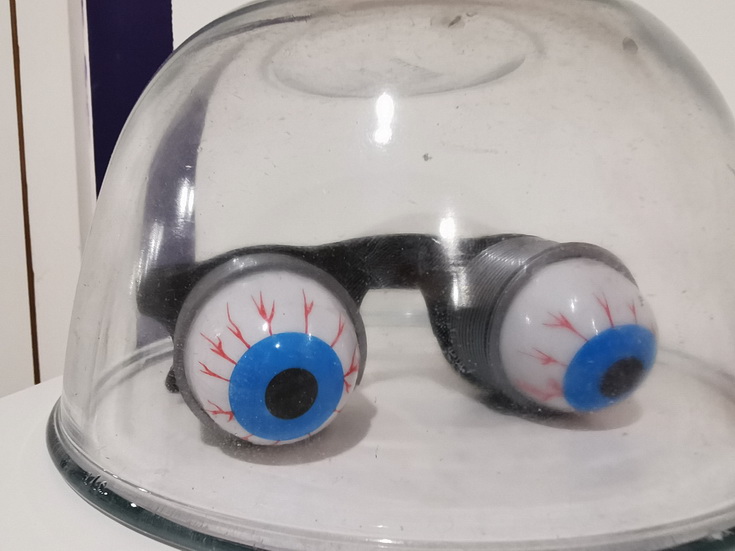 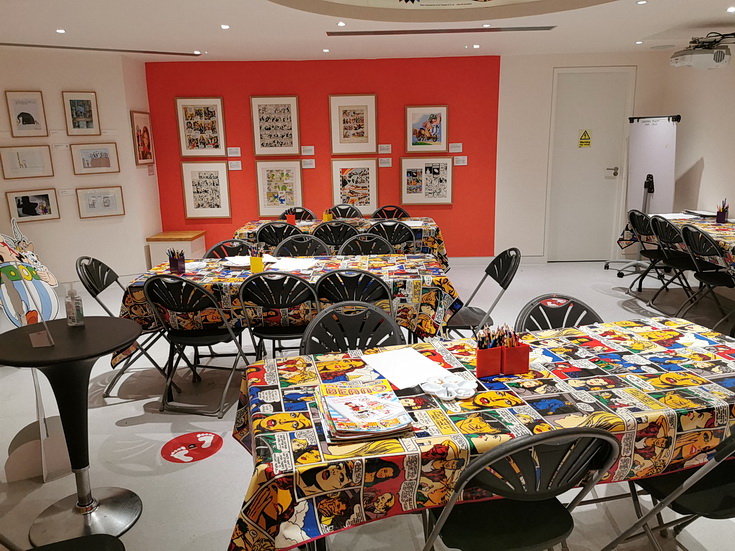 In photos: a trip to the unexpectedly enjoyable National Army Museum, Chelsea, London