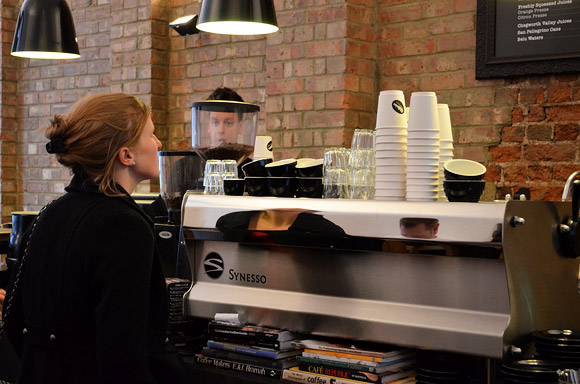 Situated in the heart of Fitzrovia, Kaffeine is an independent, Aussie/Kiwi-run café located at 66 Great Titchfield Street, a short stroll north of Oxford Street. 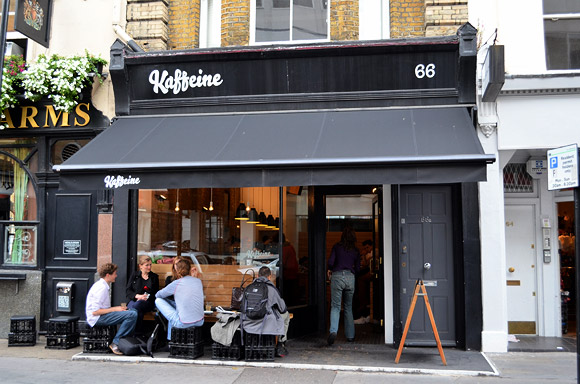 Outside, there’s a small amount of seating, while inside the long and narrow shop there’s  raised seats running opposite the counter and a smaller seating area at the rear. 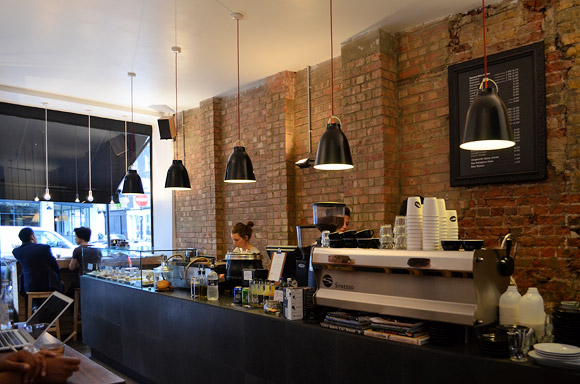 The service was excellent and the staff were really lovely – ten out of ten for friendliness.

The coffee was pretty good too – perhaps not quite besting Federation and Store Street Espresso, but it was still a mighty fine brew and superior to most other coffee houses in the area. 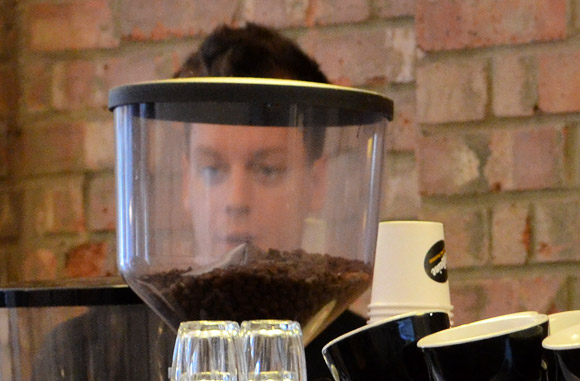 Served by a spaceman!

After a busy day’s protestin’

We went for the white chocolate brownie which was tasty but perhaps not quite as fresh as we might have liked – in fairness, we did arrive towards the end of a Sunday afternoon (after protesting on Westminster Bridge) so were grateful to find a decent coffee house open.

Other reviews have praised the baguettes, rolls and bakes on offer at Kaffeine, so we’ll have to come back and try some of them another time. 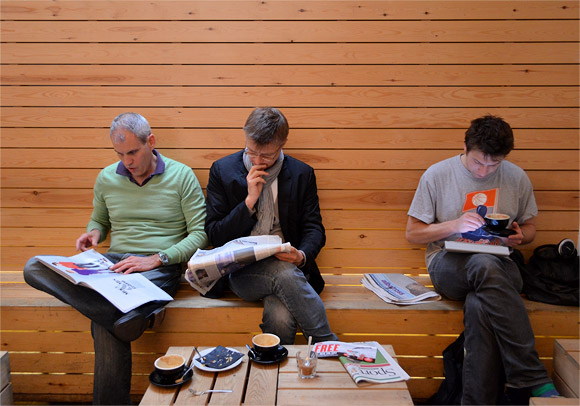 The space at the back of the café was a little odd. All that slatted pine made it look like a sauna, and being considerably lower than the adjacent raised seating with the toilet entrance to the side, it felt rather like second class seating.

Not surprisingly, as soon as one of the seats opposite the counter became available there was usually a scramble to bagsy one. Which is exactly what we did! 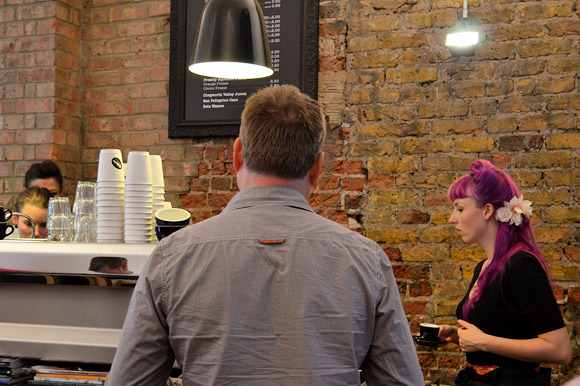