Last month, I went for a long walk to Fishtown, Philadelphia, and I was astonished to come across the iconic artwork for Kurt Vile’s, “Wakin’ On A Pretty Daze” on a building next to the elevated railroad. 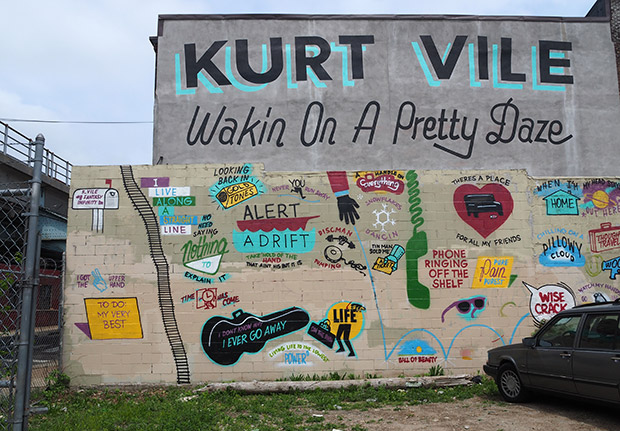 I’d always assumed that the album cover had been Photoshopped so it was quite a thrill to see the artwork in what felt pretty much like the middle of nowhere (by Front and Master streets, Fishtown). 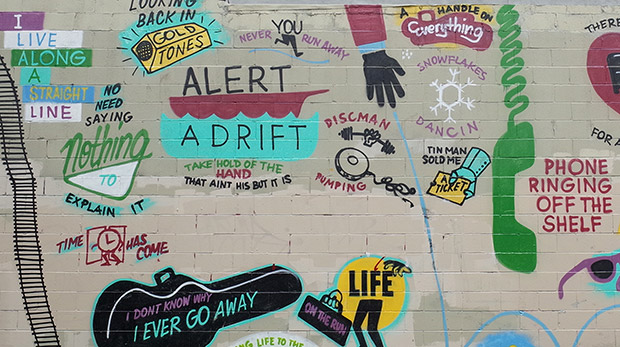 The artwork was created by Steve Powers (aka ESPO) for Vile’s highly rated 2013 album, and seemed to have been appreciated by locals.

However, a report on Philly music website The Key on the 28th June carried a photo by fellow local artist Najeeb Sheikh showing a man covering up the artwork with white paint (below): 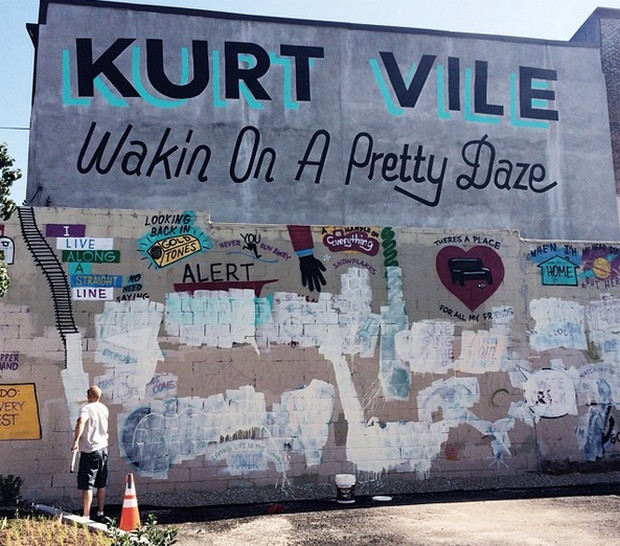 The Philadelphia Ticket ran a piece wondering who might be responsible for this act of vandalism, and received an online response from local DJ Lee Mayjahs. Here’s an excerpt:

“Hello everyone, I am the idiot in the picture. Let me start off by saying I Love Philadelphia, I love my neighborhood and I love Art. I am completely committed to supporting legal street art, publicly funded art and the Philadelphia Mural Arts Program.

But what I did yesterday was the most stupid and selfish thing I have ever done. I think I literally had a mental breakdown and lost my mind there. Thank you to Dashiki for having the courage to step to me and try and talk some sense into me to get me to stop. I was so angry when he was talking to me that I didn’t listen to a word he said.

I kept yelling at him “have people ever painted on your house?”

After I cooled off I did some research into both Kurt Vile and the Artist who painted it. Then I felt like more of a moron. I sent both apologies to him and ESPO. Before any of this became public.”

[Read the rest of his response here]

Leah Kauffman, a Philadelphia based journalist, managed to interview Lee Mayjahs, adding, “Turns out that he is not well. He is offering to pay espo to come down and restore the mural. I hope he gets the help he needs. I also hope espo takes him up on his offer.”

You can read the full interview here.

Here’s a video from Feb 2013 showing the artwork being created. Let’s hope it gets restored soon.

Photo tour – a walk from central Philadelphia to Fishtown

Pic of the day: Superman in Philadelphia