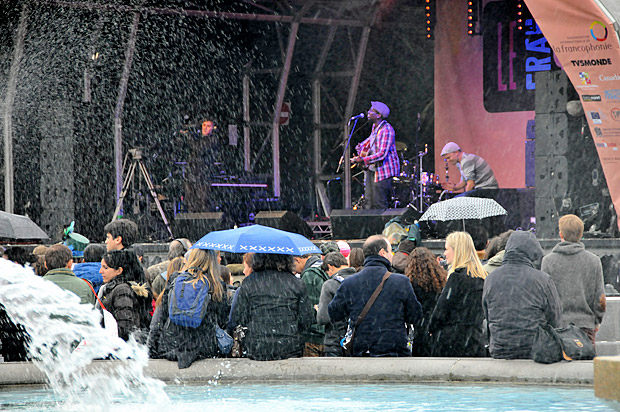 Oh la la! This was rather an unexpected event that I stumbled across over the weekend.

Billed as Le Français J’Adore, it saw Trafalgar Square being taken over by the International Organisation of La Francophonie (IOF), who put on stalls, a stage showing off an eclectic range of folk, pop and jazz singers and much general Frenchiness around the square. 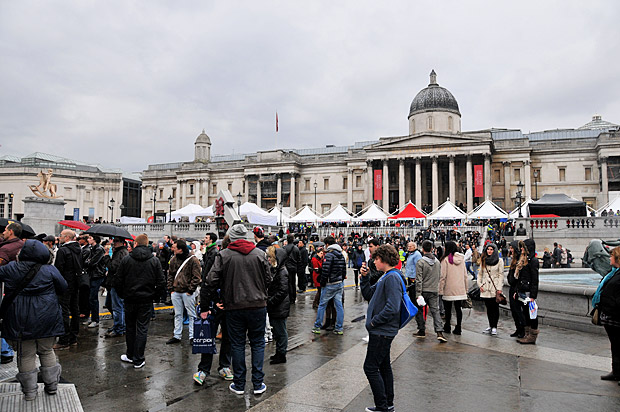 The atmosphere may have been French, but the weather was resolutely British, with fine sheets of rain failing to dampen the spirits of the rather modest crowd. 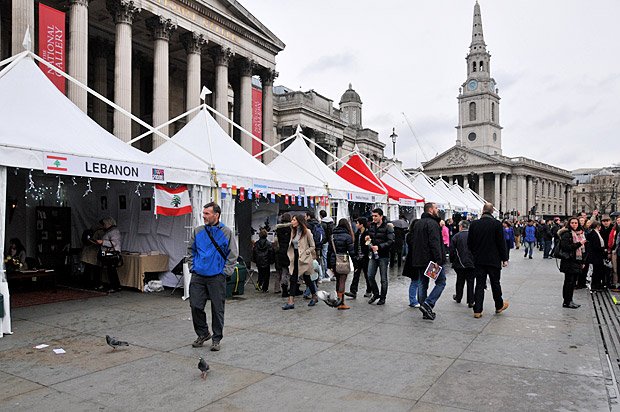 It seems that the purpose of the event was to raise awareness of the French language and ‘reflect the rich diversity of the French-speaking community in the UK’. I’m not entirely sure how that works, but the bands seemed decent enough.

Above you can see a row of exhibition stands representing various countries with a French connection. 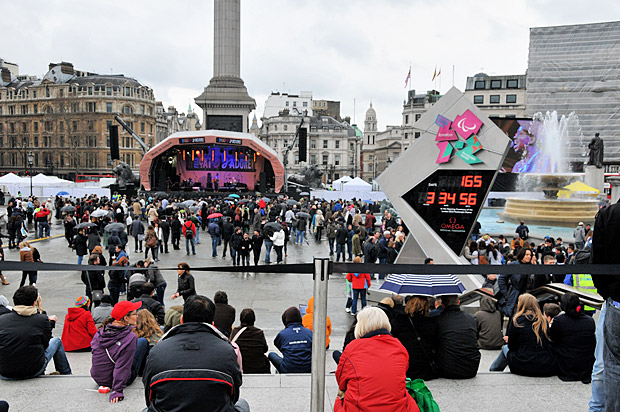 Looking across Trafalgar Square with the, err, ‘interesting’ Olympic clock in the foreground. 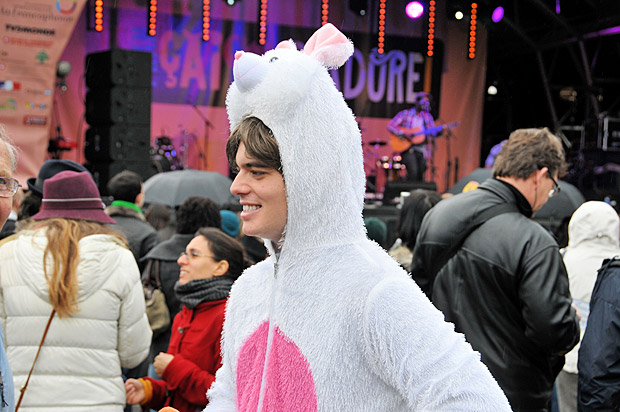 Not sure why this fella was dressed in a bunny rabbit outfit, but C’est la vie! 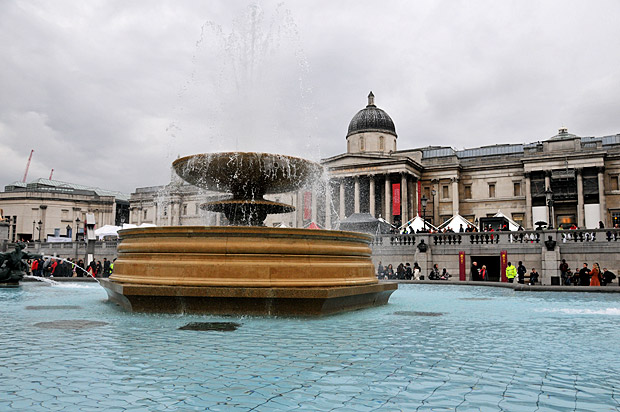 A last look across Trafalgar Square, with the National Gallery in the background.