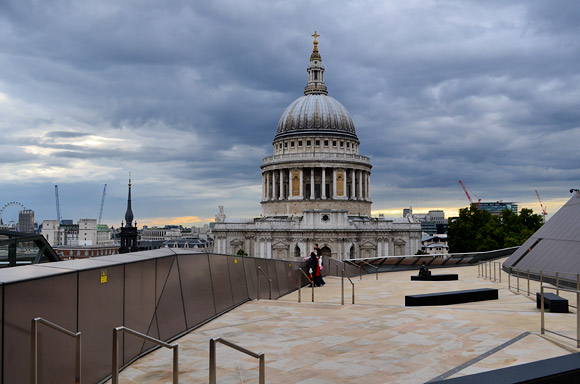 There’s some fabulous new views across London to be seen on top of the dramatic One New Change development by St Pauls.

Designed by French architect Jean Nouvel, the eight-storey shopping and office complex has been created directly to the east of St Paul’s Cathedral in the City of London. 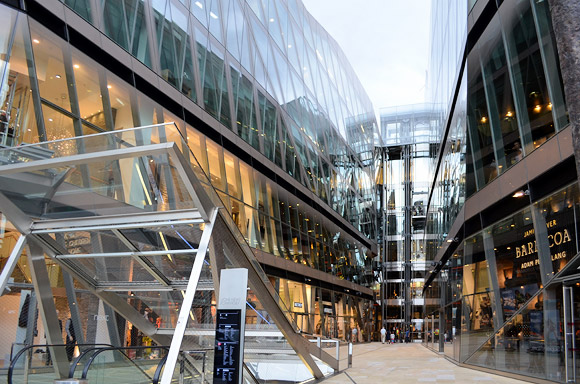 Opening in October last year, the mixed-use scheme serves up 340,000 sq ft of prestigious office space and 220,000 sq feet of shops, cafes and restaurants and is covered with  6,500 floor-to-ceiling glass panes in varying shades of red, grey and beige. 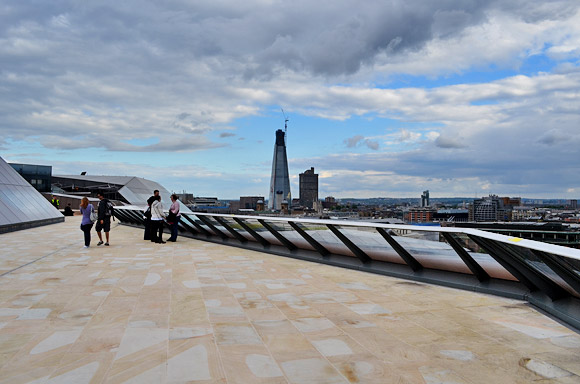 If the building has failed to impress, then I suggest you take the glass walled lift to the top floor and take in the magnificent views from the roof terrace.

It  should take your breath away because it really is rather fantastic – and I particularly like the view of The Shard. 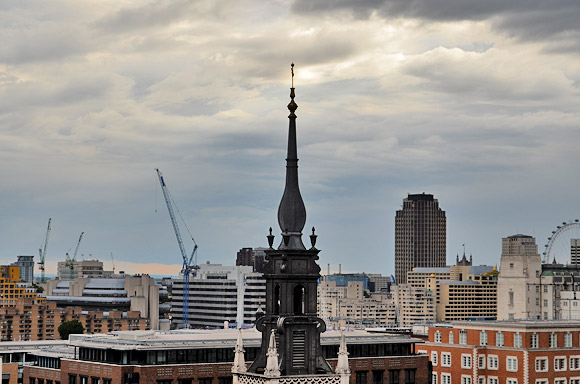 The terrace affords stunning views of Wren’s English baroque  masterpiece, St Paul’s, as well as providing a near-unbroken  panorama of the City and vast swathes of south London. You can see the London Eye to the right of this photo. 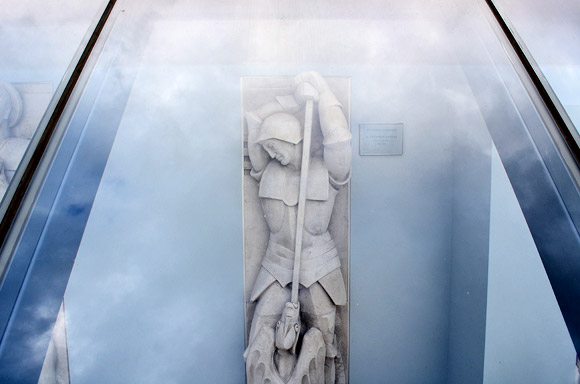 There’s a series of ‘modern medieval’ sculptures along the terrace. 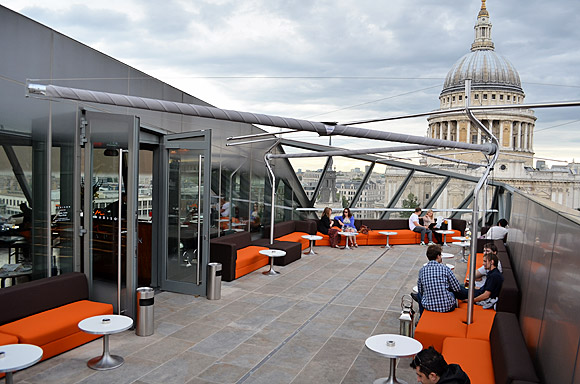 Madison restaurant on the roof terrace. 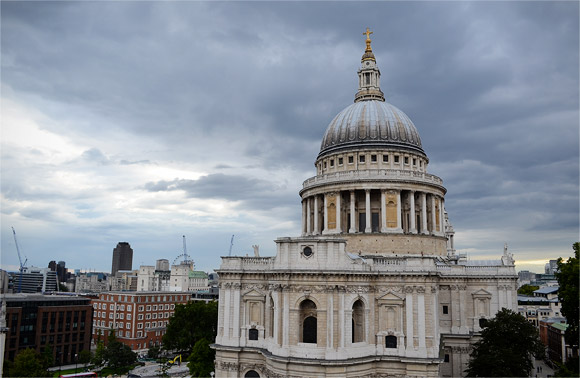 Dating from the 17th Century and built to a design by Sir Christopher Wren, St Paul’s Cathedral stands 365 feet (111m) high, and was the tallest building in London from 1710 to 1962. 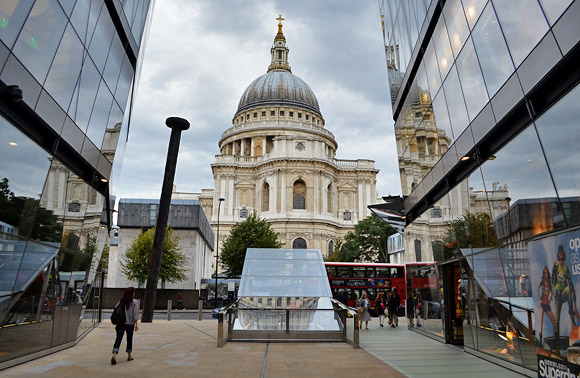 To the left of the picture is ‘Nail’ a public sculpture by Gavin Turk. It just looks like a thumping great nail to me, but the website insists that there’s more:

Resting at a slight 5° angle, the 12-metre high, cast bronze sculpture of a nail sits between the gleam of 21st century glass and the historic facade of St Paul’s Cathedral. ‘Nail’ represents Turk’s interpretation of the dialogue between these two monuments, and the extraordinary changes that have taken place over the centuries in an area rich in history and heritage. 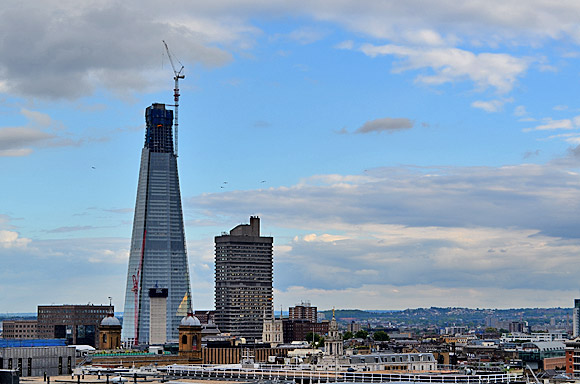 The official website for One New Change comes loaded with a pageful of facts about the building and the areas.

You can’t go wrong with a pageful of facts, so I’ve reproduced them below:

Get a great free view of London from One New Change, St Pauls

London signs and notices – photos from the city