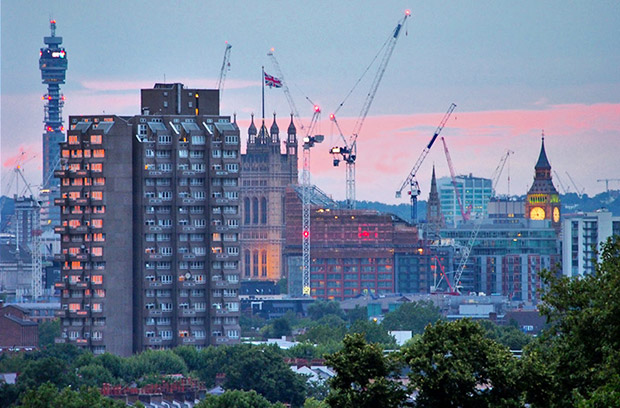 This photo of central London taken from my flat in Brixton had such a nice response after I posted it on Facebook that I thought I’d share it here too.

The handheld photo was taken last night with my Olympus OM-D camera and a 300mm lens (600mm equiv) at ISO 1600 and shows off several London landmarks. 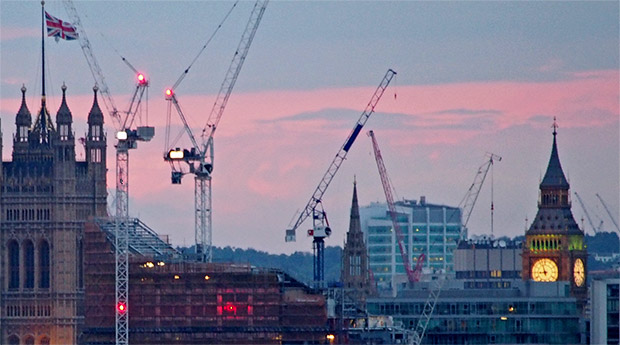 In this zoomed in view, you can see the Houses of Parliament to the left and the illuminated clock tower to the right (as you can see, the time is 8.55pm).

Everyone calls this tower Big Ben, but it is in fact the Elizabeth Tower, with Big Ben being the heaviest of the five bells it houses. [—]

5 Comments on “London at dusk: cranes, flags, Big Ben and the Telecom Tower”