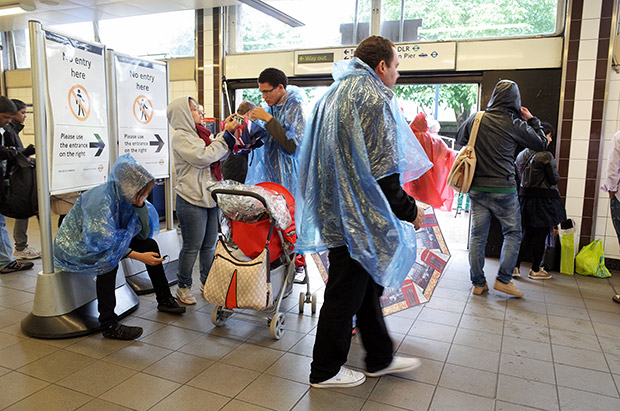 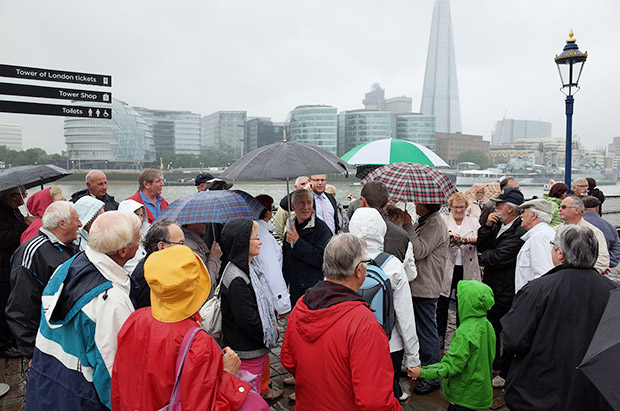 A tour guide gathers his customers in the rain. In the background you can see the distinctive outline of The Shard. 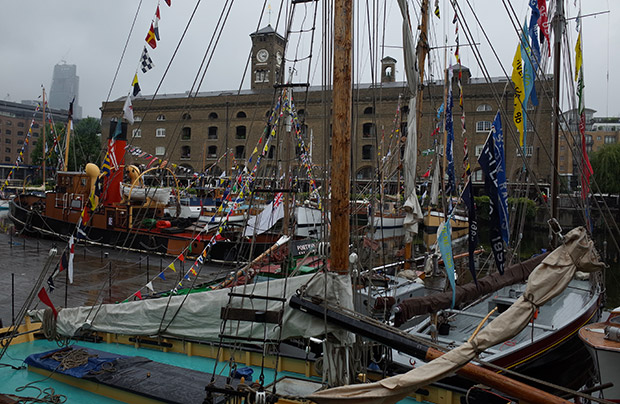 A grey and wet St Katherine’s Dock. The old docks (now a swishy marina) took their name from the former hospital of St Katharine’s by the Tower which was built in the 12th century.

The whole area was rebuilt in the 1820s, with engineer Thomas Telford’s scheme seeing the construction of new docks with two linked basins. Adjacent warehouses were built by by the architect Philip Hardwick.

Blasted to smithereens during WW2, the docks eventually closed in 1968 and sold off to the Greater London Council. Most of the original warehouses were demolished and replaced by modern commercial buildings in the early 1970s. 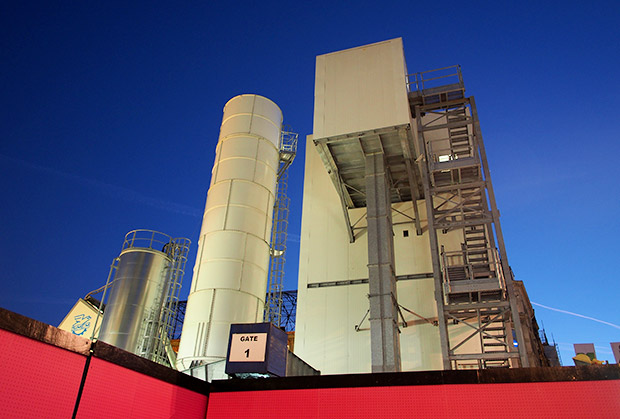 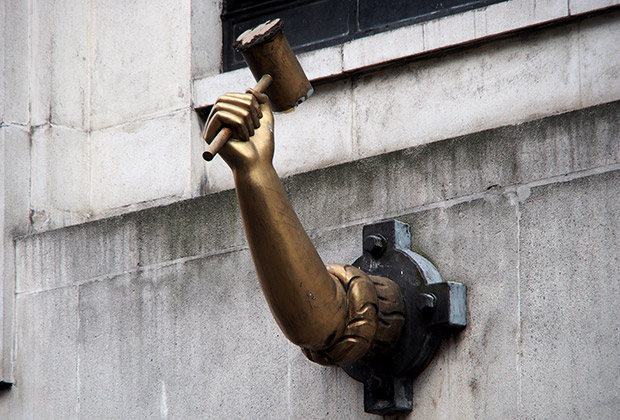 This mallet-wielding goldbeater’s arm can be found above a doorway at Goldbeater’s House, Manette Street,  on the side of Foyle’s bookshop on Charing Cross Road.

The original sign was donated to the Dickens museum in Doughty Street,  but this replica marks the premises of an old Victorian workshop, where large cast iron mallets were used beat out ribbons of gold into wafer-thin strips of gold leaf. 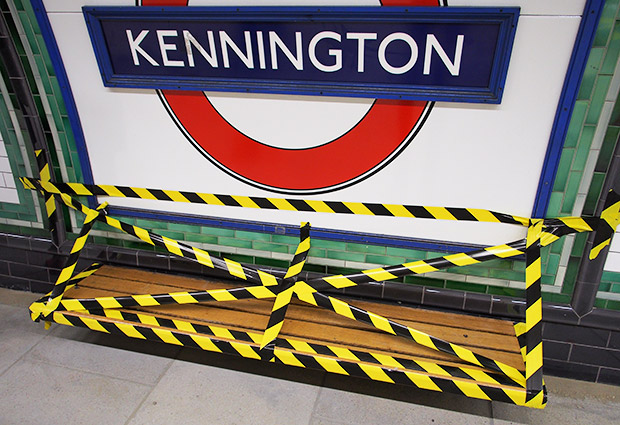 Definitely do not sit here. No sir. 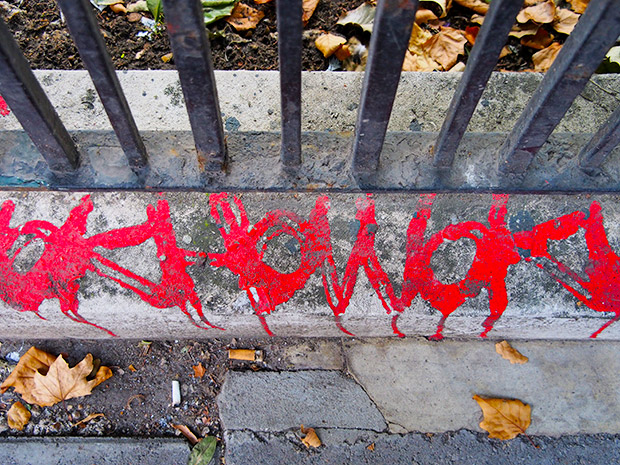