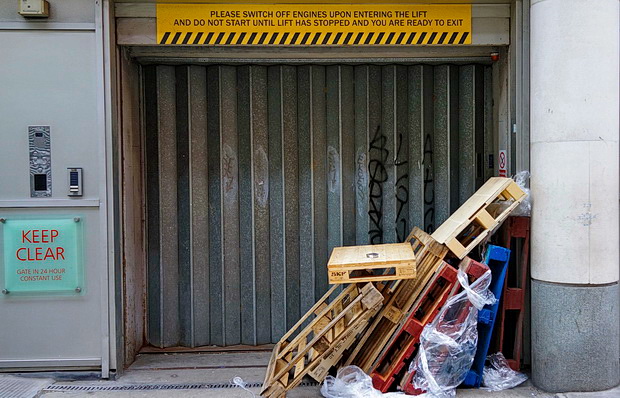 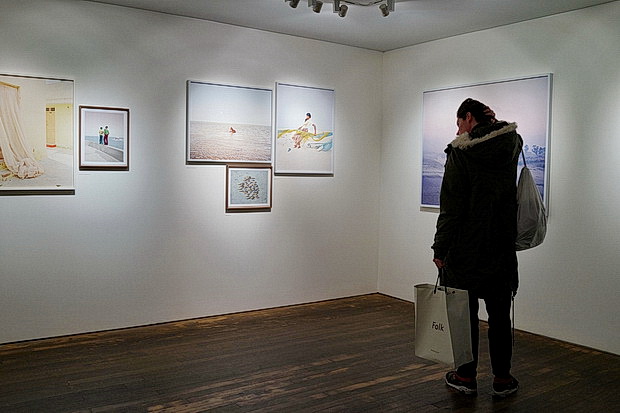 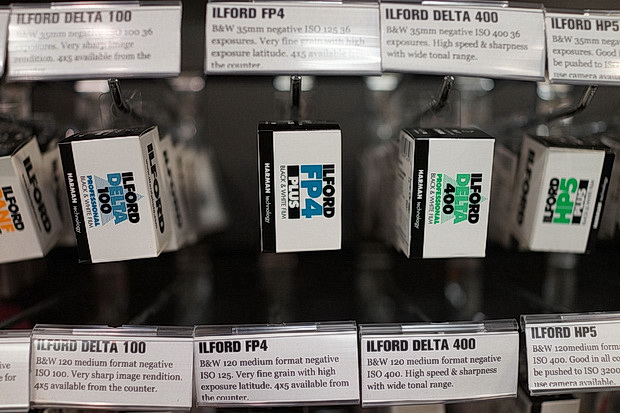 Old-school film for sale,  Photographers’ Gallery. When I used my old Olympus OM2n fim camera, HP5 was my favourite black and white film. 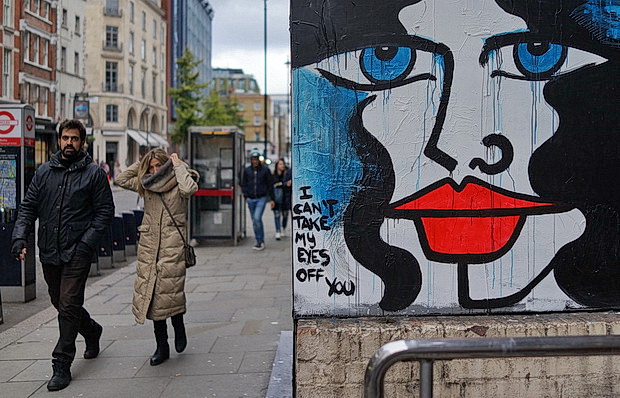 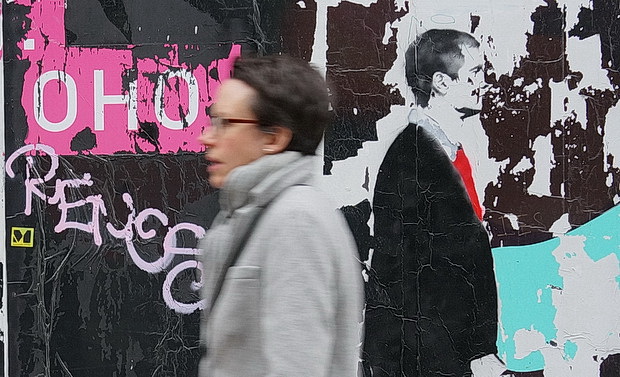 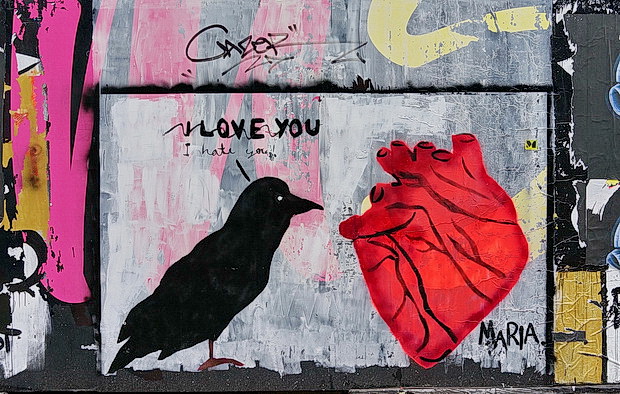 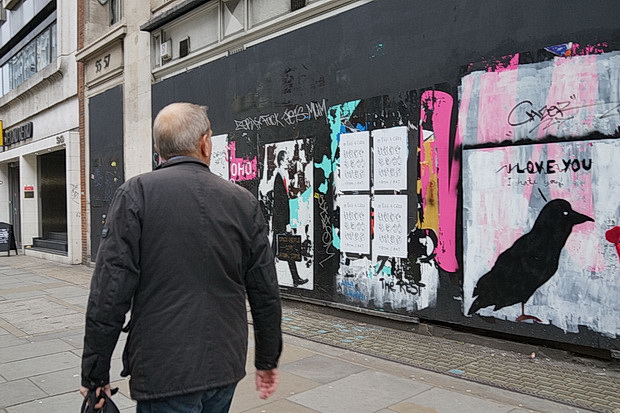 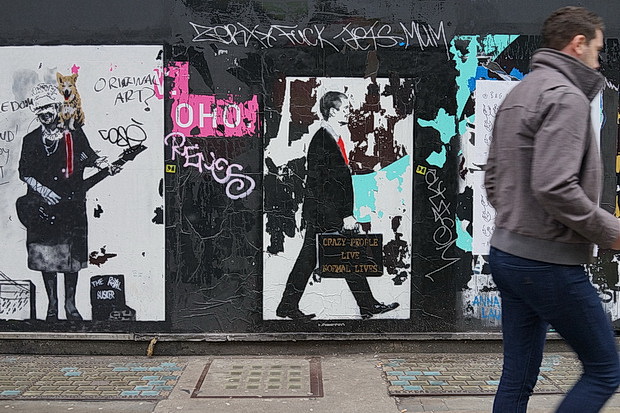 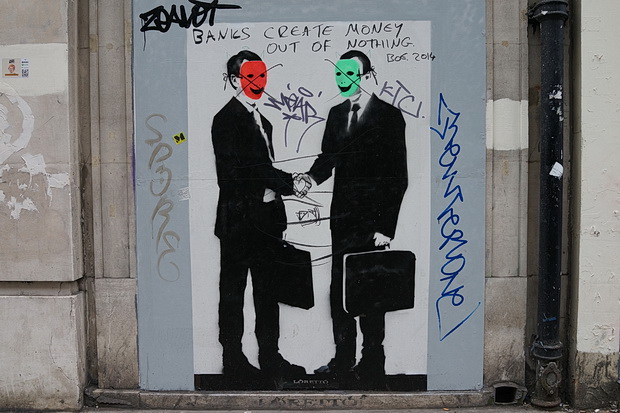 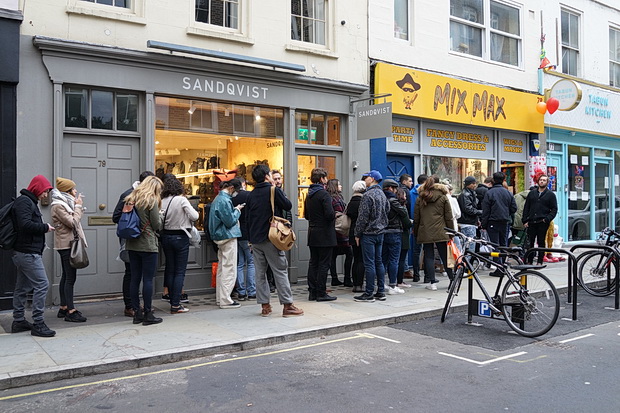 With many Halloween parties taking place on Saturday night, large queues stretching into the street could be seen outside fancy dress shops. 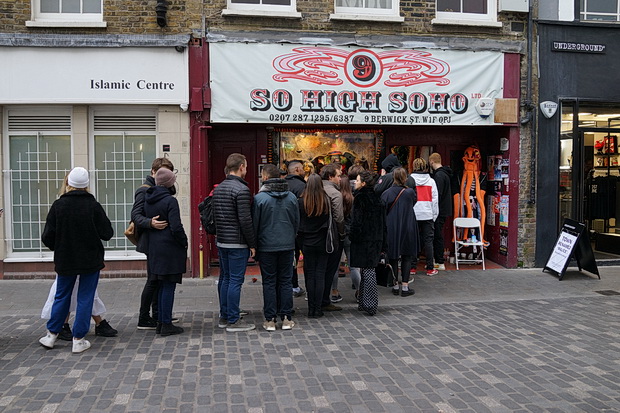 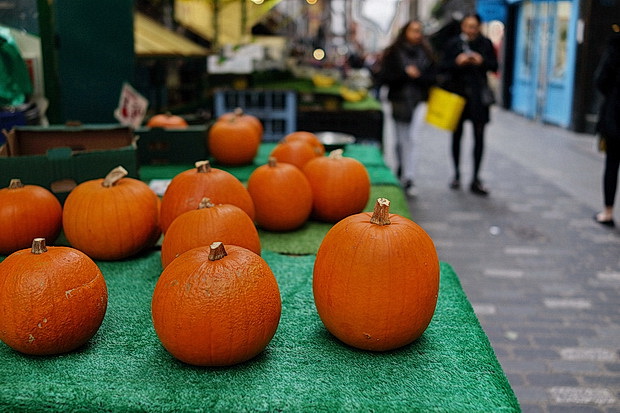 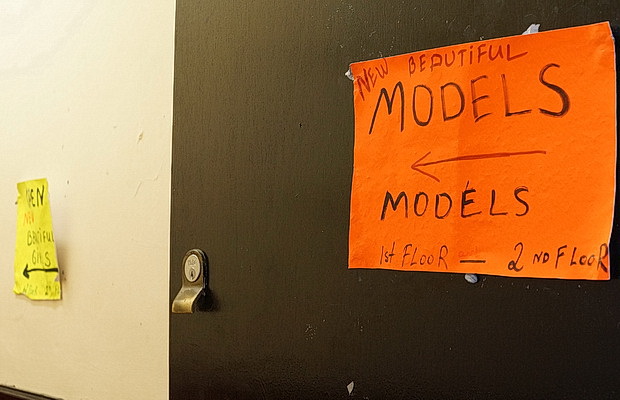 Two floors of ‘New Beautiful Models’ await on floors one and two. 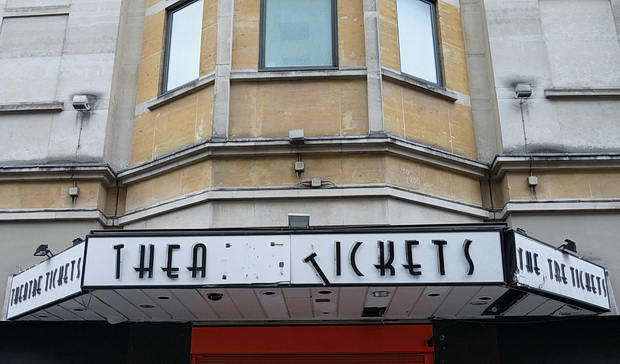 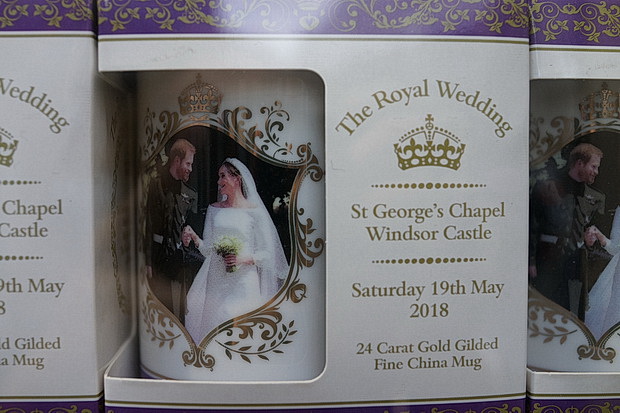 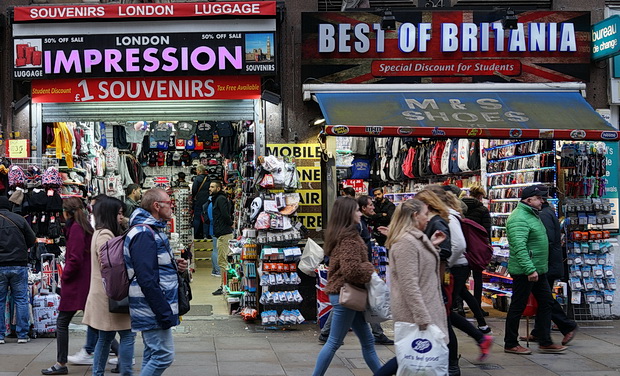 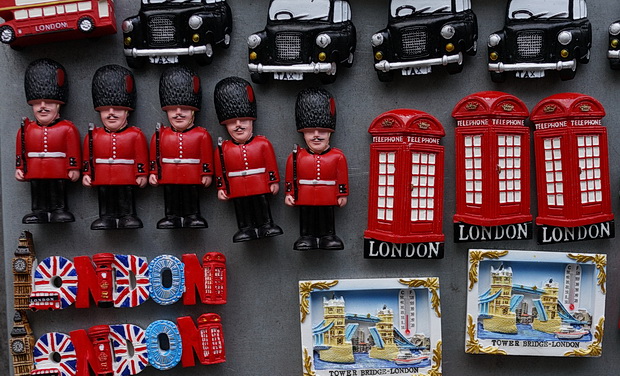 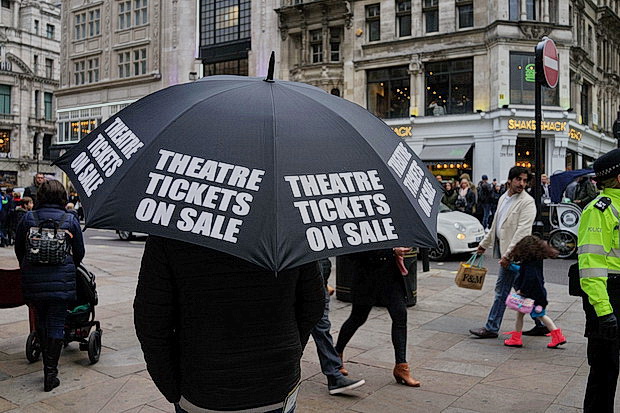 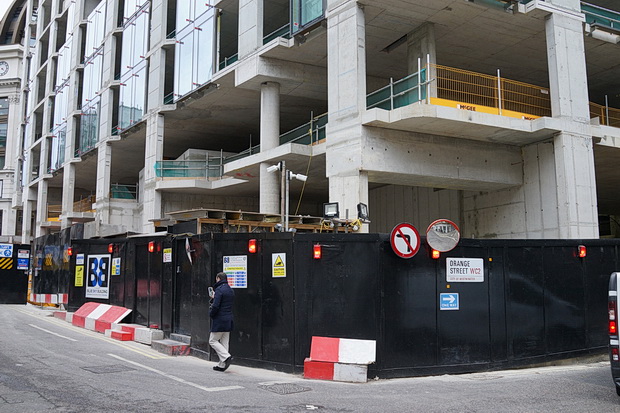 The Hand & Racquet pub once stood here at 48 Whitcomb Street. See our photo feature on the pub here or discuss it on the urban75 forums. 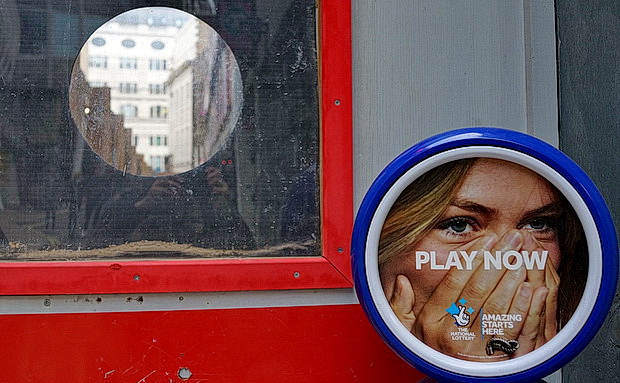 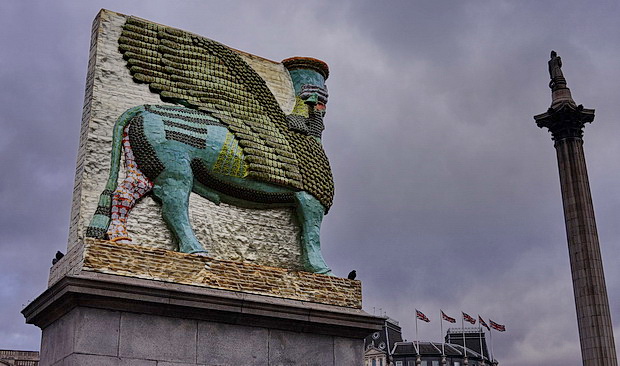 I love this new work on the fourth plinth in Trafalgar Square.

The Guardian tells the story behind this remarkable sculpture:

Michael Rakowitz’s new work for the fourth plinth in Trafalgar Square shimmers, even in the rain and under a leaden sky.

A life-sized copy of the winged god that stood at the Nergal Gate of Nineveh from 700 BC until its destruction by Islamic State in 2015, Rakowitz’s replica in London recalls what has been lost and makes it new. Its scale perfectly matches the proportions of the empty fourth plinth.

Riveted together from 10,500 empty Iraqi date-syrup cans, the relief sculpture has a disconcerting exactitude, with its polychrome wing on one side, the sheer gold wall and cuneiform inscription on the other, the god’s implacable face, its ruinous majesty. 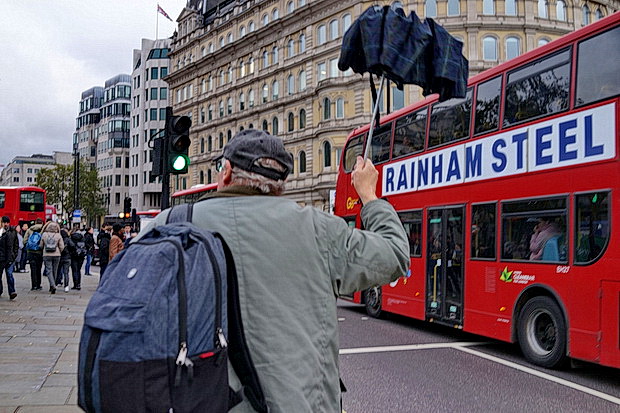 Tour guide waves his umbrella around. 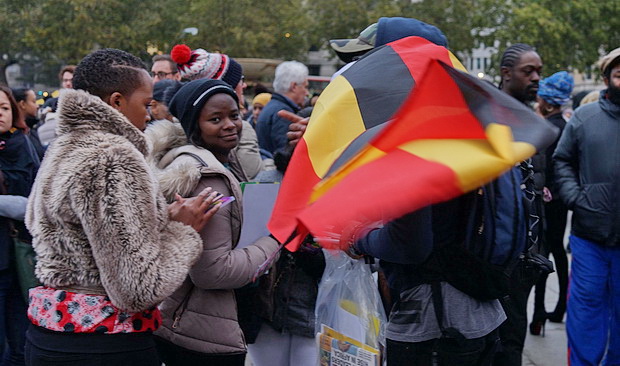 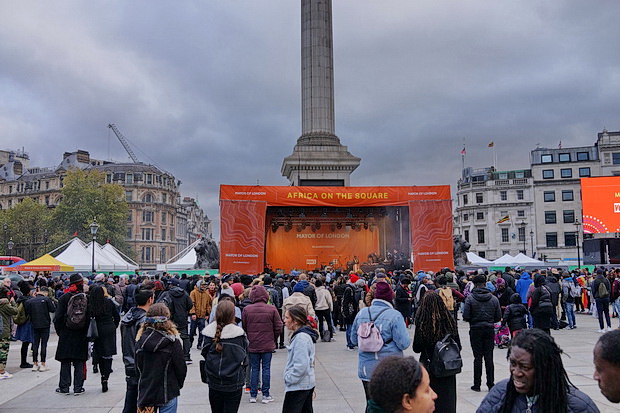 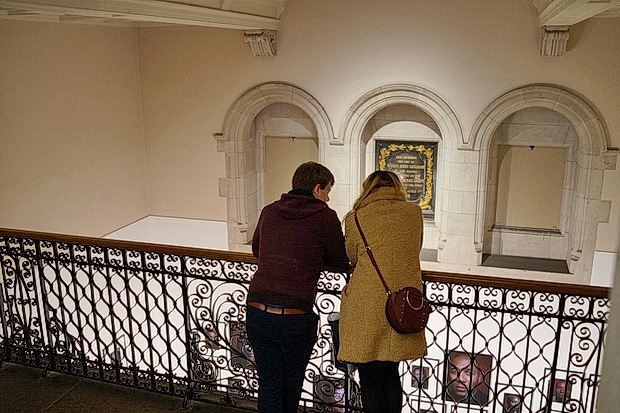 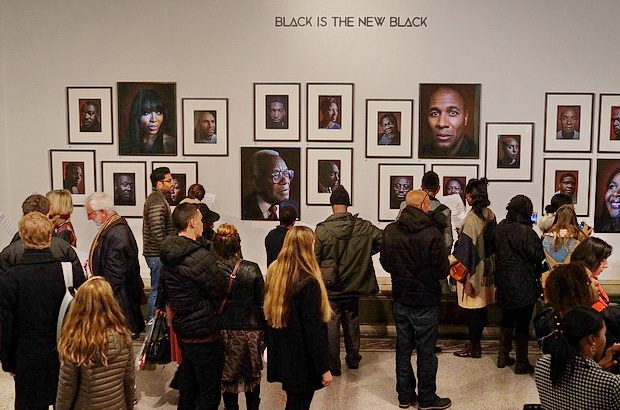 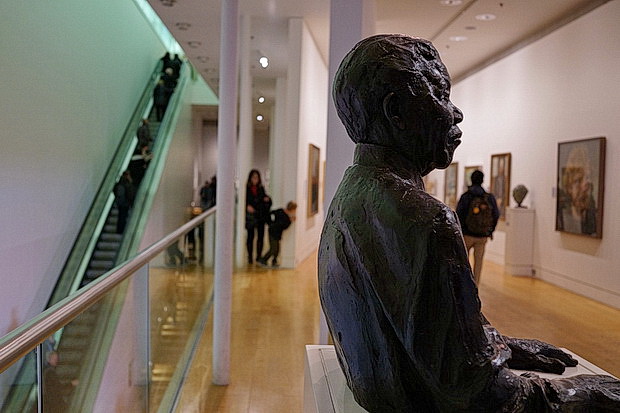 Join in with the thread on our forum: Central London photos – parks, buildings, street scenes and  London life. 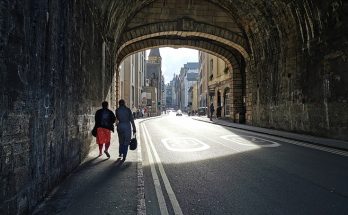