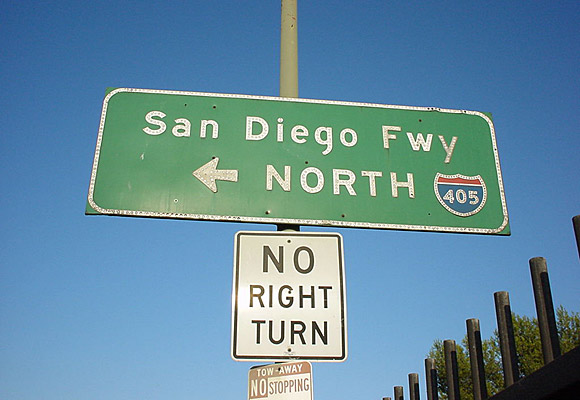 I can always tell if I’ve made a connection with a city by the number of photos I’ve taken during my stay.

Every time I fly over to New York, I’m constantly snapping street scenes, signs, architecture and people, and it’s the same story for most towns and cities I visit. 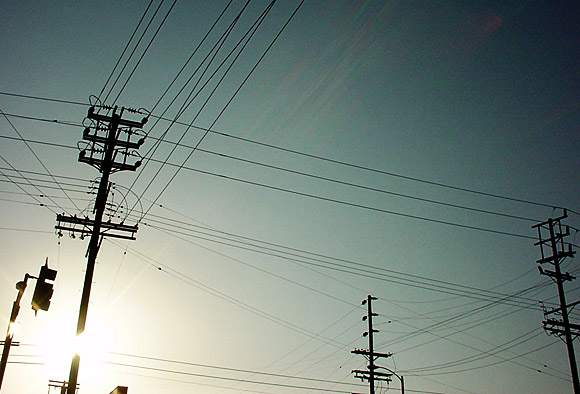 But I couldn’t get on with Los Angeles. For starters, the relentless, stifling, overwhelming heat put me in a bad mood. I like weather, not endless blue skies punctuated by a thick layer of hovering, yellow-brown smog.

I like to walk everywhere too, and I quickly realised that anyone not driving around in car in LA is either seen as being desperately poor or a bit unhinged. 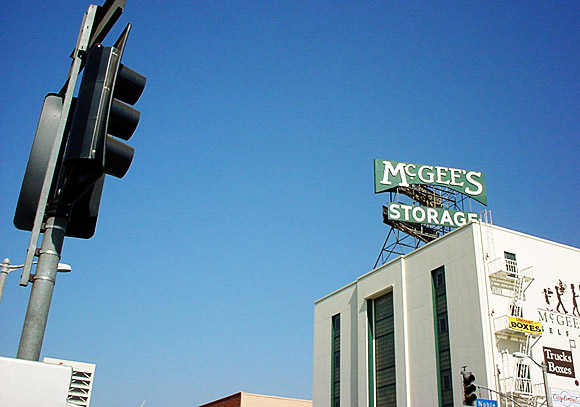 My hotel was about a mile and a half from the office. Each day they’d ring up and tell me they’d be sending a car over shortly, and each day I’d cancel it.

Despite the walk to work being through an entirely suburban district, I was the only person navigating the pavement which was so narrow that it looked like it may have been designed for polecats.

Occasionally, a passing car would shout something at me, or perhaps they were hollering encouragement and sympathy at someone being so cruely forced to use their legs. 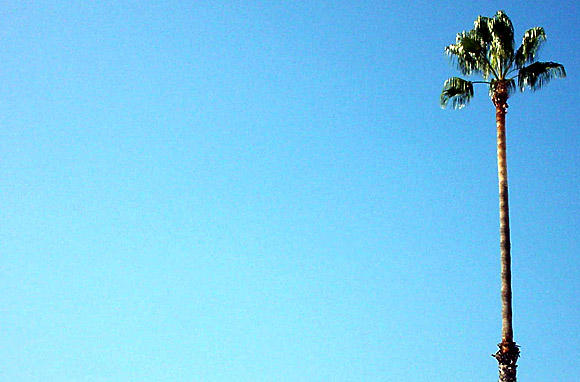 I’m sure there’s some delightful architecture to be found in LA, but I felt uninspired the whole time and rarely took out my camera.

Mind you, it would have been great if I was mustard keen on taking pictures of cars because they were everywhere. And roads. 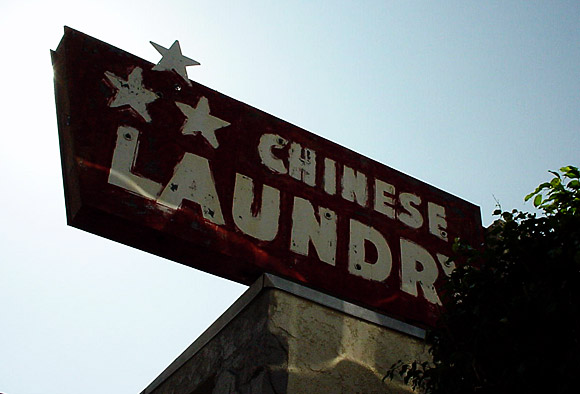 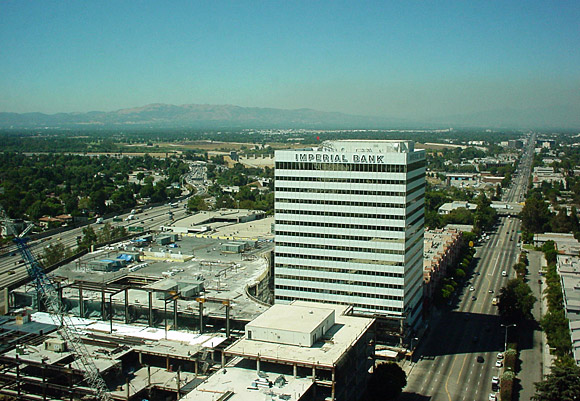 The view from my office. Roads, cars, concrete, smog and blue skies. 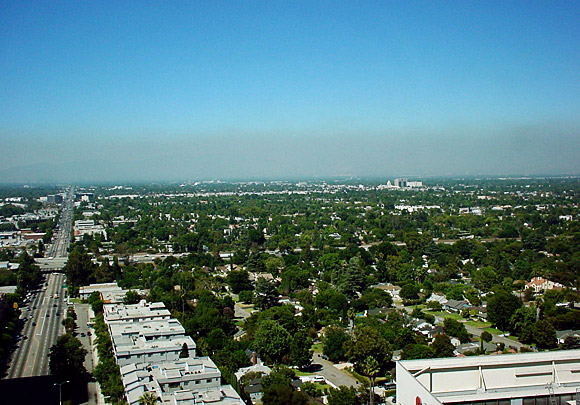 Another view from the office. It’s all a bit flat. 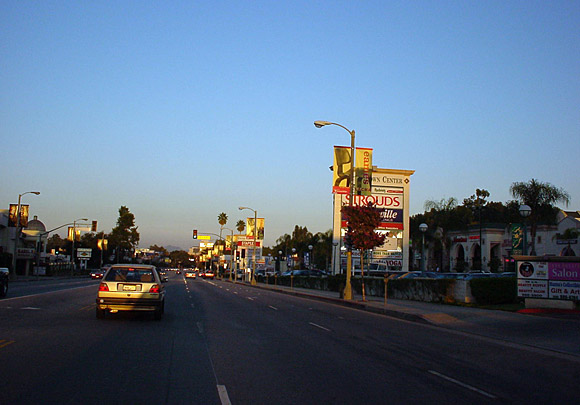 I managed to persuade the staff of the company I was working for to do something crazy and come out with me for some beers in Santa Monica. Apparently it was the first time they’d all been to a bar together.

This is the view as we drove along Pico Boulevard. 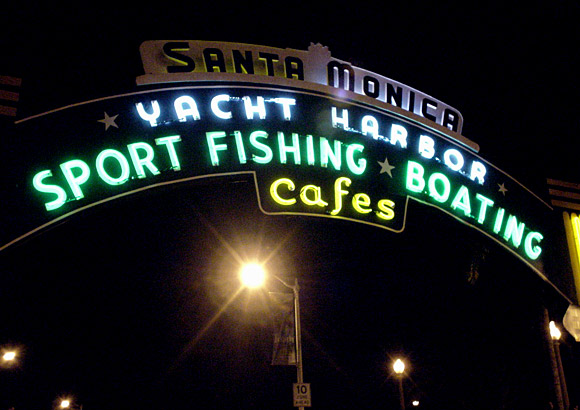 There wasn’t much going on in Santa Monica. We passed a bar where some band was knocking out covers of Bon Jovi, which was every bit as bad as it sounds. 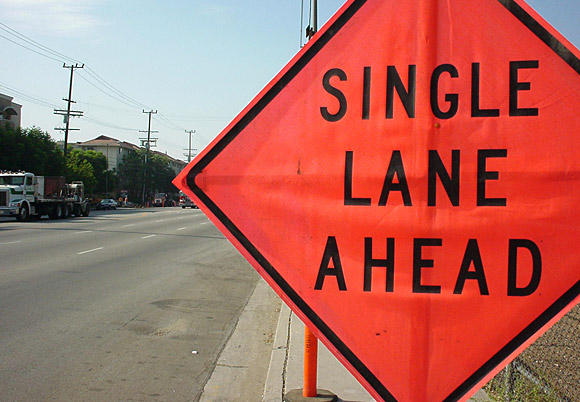 Walking to work next day. The sign was so big that pedestrians (or should that be the one pedestrian – me) had to walk into the road to get past it. 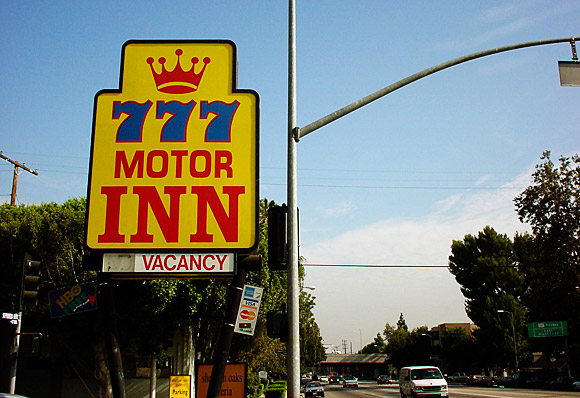 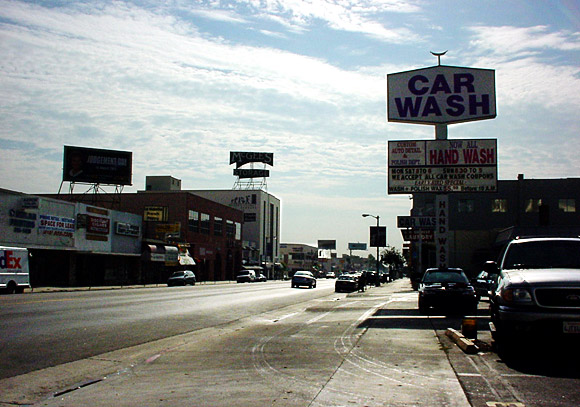 I was staying in a hotel near off  Ventura Blvd in Sherman Oaks, LA. It wasn’t the greatest area.

Now, I figure there might be a few LA residents a little unhappy at my less than glowing review of their city, so accept my apologies.

I was only there for three days and I really tried to like the place, but it just didn’t gel with me. Too hot. Too many cars. Too many roads. No cafe culture. No people on the streets!

And the bottom line is this: in all the time I was there, I only managed to take a grand total of 20 photos.

I’d take more on a wet Sunday at Barry island.

Unfinished London and the Ring Roads that never were