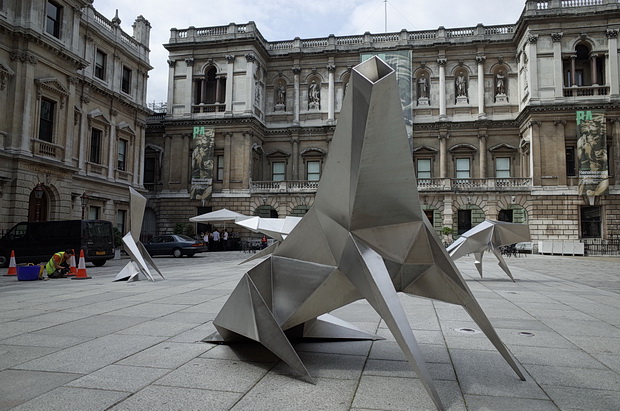 Yesterday, I was fortunate enough to stumble across these fantastic sculptures which were on display at the Royal Academy, off Piccadilly in central London. 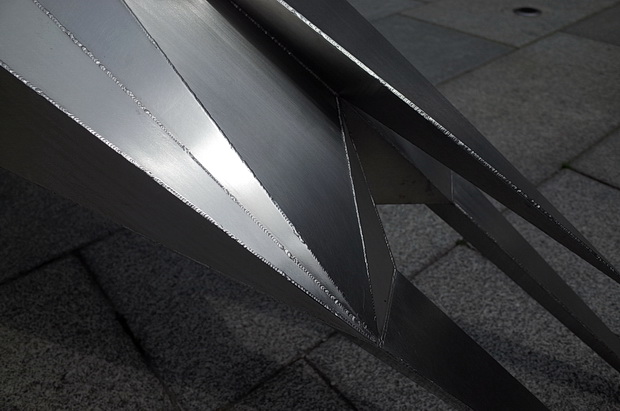 The four pieces by Lynn Chadwick RA (1914 – 2003) had been installed in the Royal Academy’s Annenberg Courtyard, as part of celebrations to make the centenary of his birth. 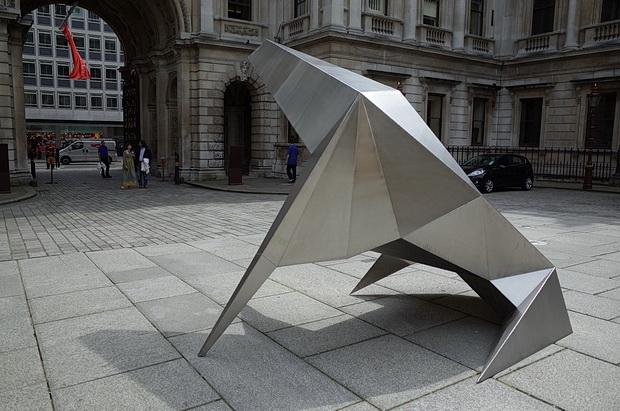 The installation had been organised in collaboration with Blain Southern gallery, and featured four works from his series of steel beasts that were made between 1989-1990.

They look like giant metal origami pieces, and made a striking contrast to the formal surroundings of the courtyard. 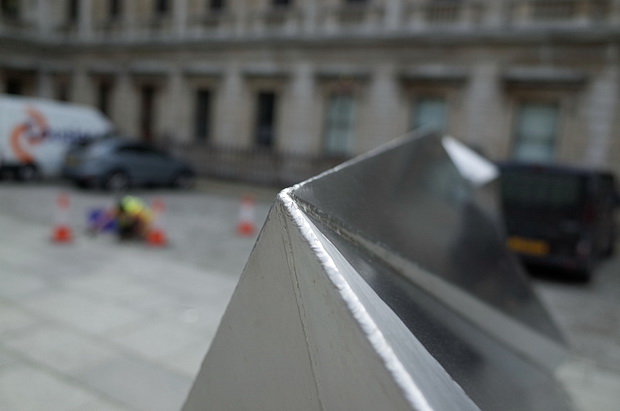 The Royal Academy site has more about the artist:

His sculpture features in major international public collections, and he became a senior Royal Academician in 2001. 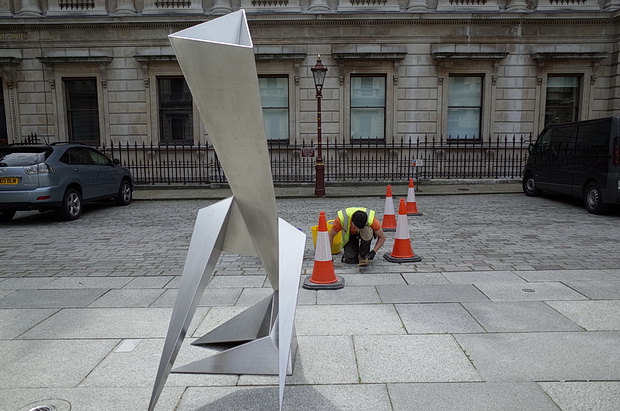 It turned out that yesterday was the last chance to see these sculptures – if you missed it hopefully these photos will give you some idea of the work. I loved it! 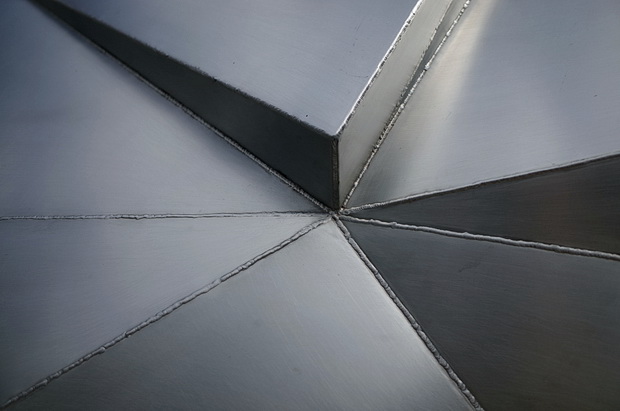 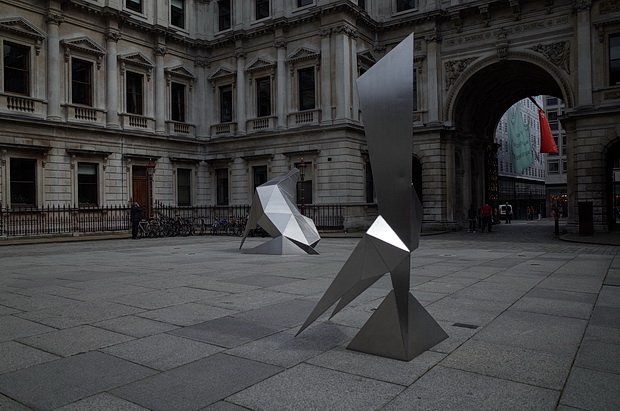 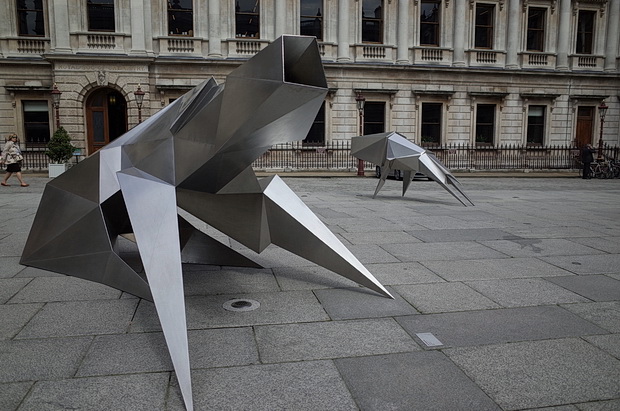 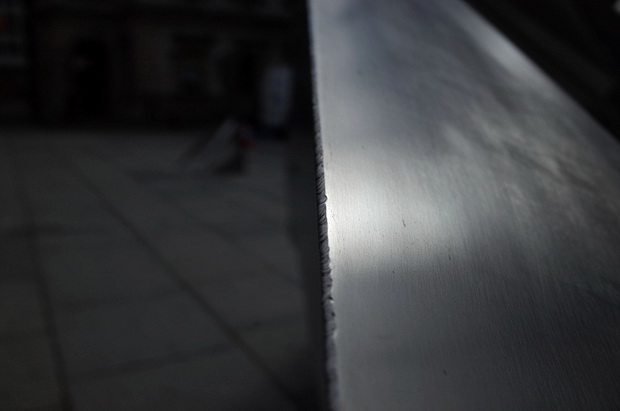 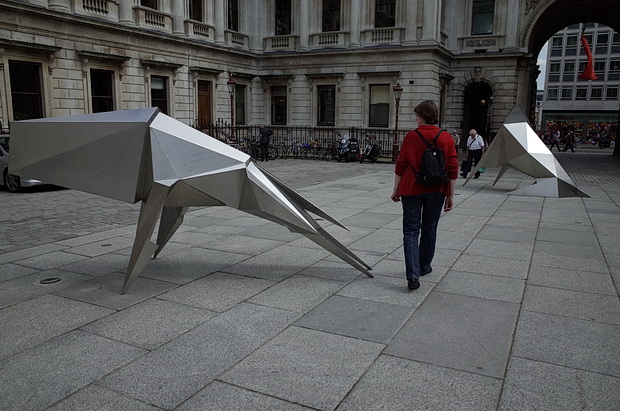 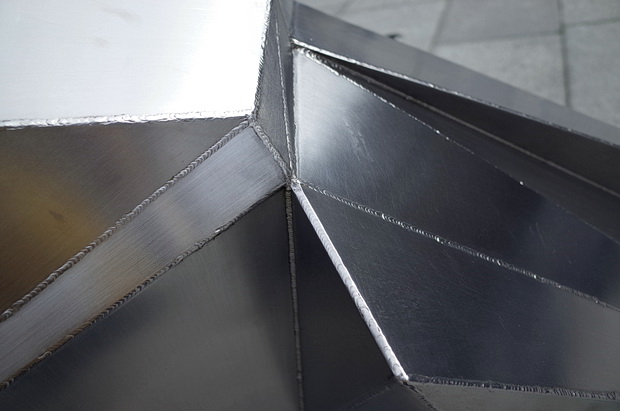 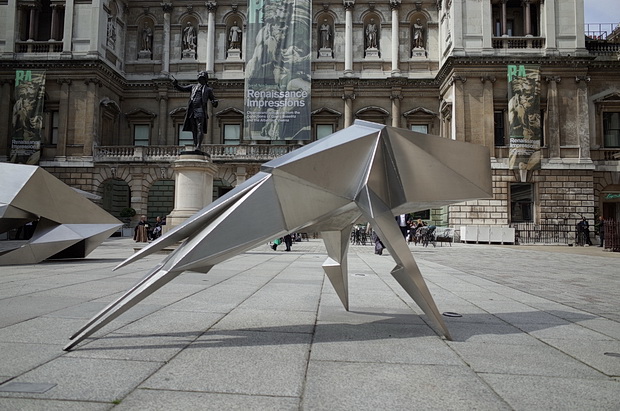 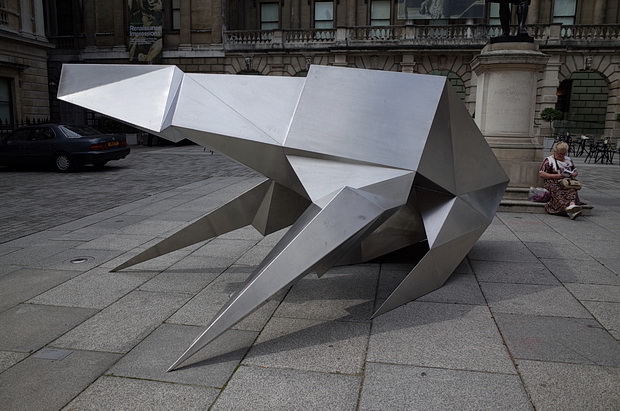 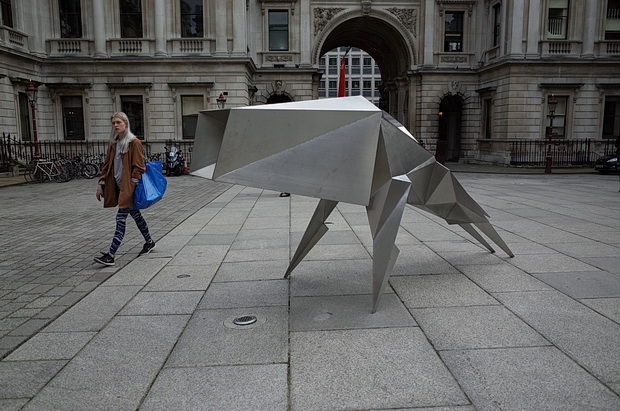 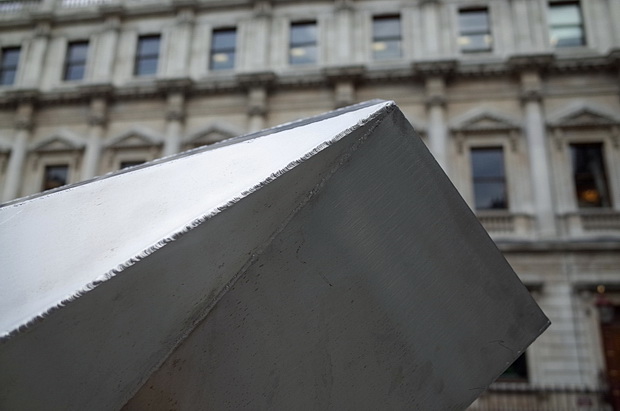 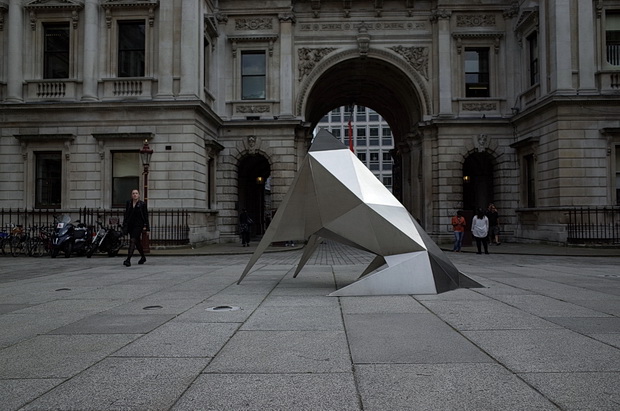 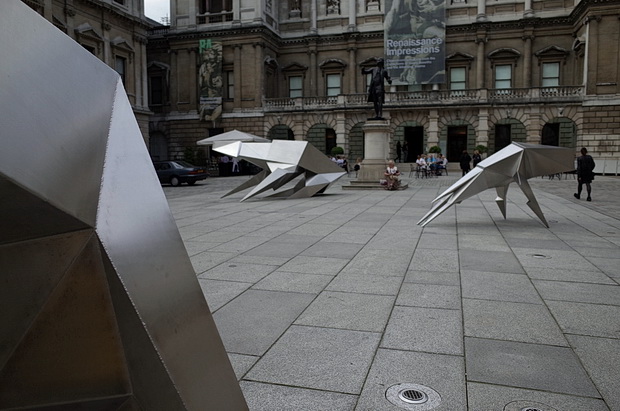