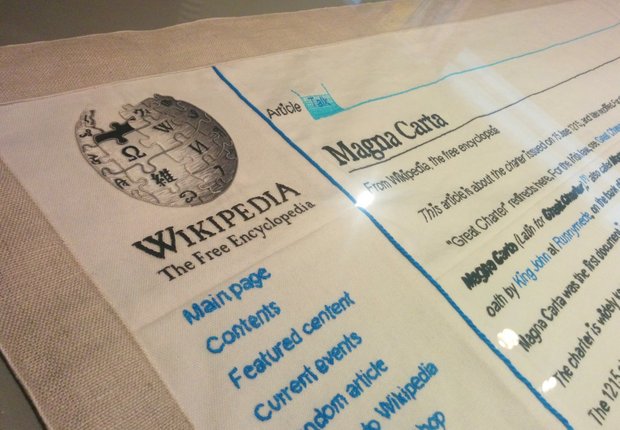 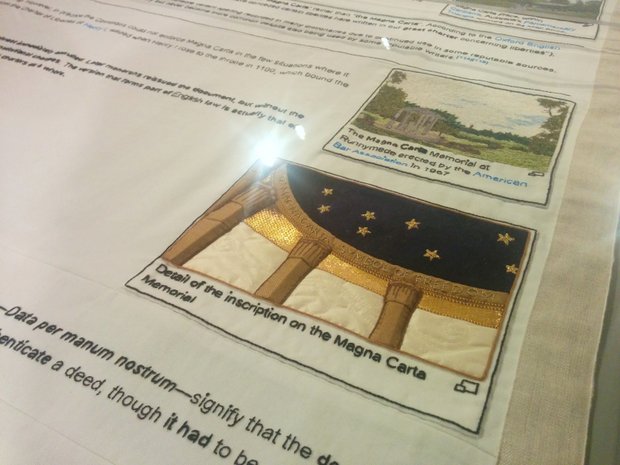 Artist Cornelia Parker took a screengrab of the Wikipedia page for the Magna Carta last year on the document’s 799th birthday.

That image has now been transformed into a 13m long embroidery now on display at the British Library. 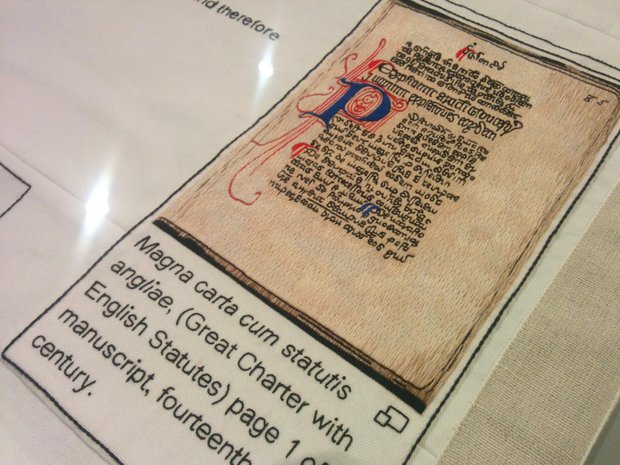 The embroidery has been a collaboration of over 200 individuals,the majority in some way connected to civil liberties and the law.

Almost 40 prisoners stitched the majority of the text as part of the Fine Cell Work project. 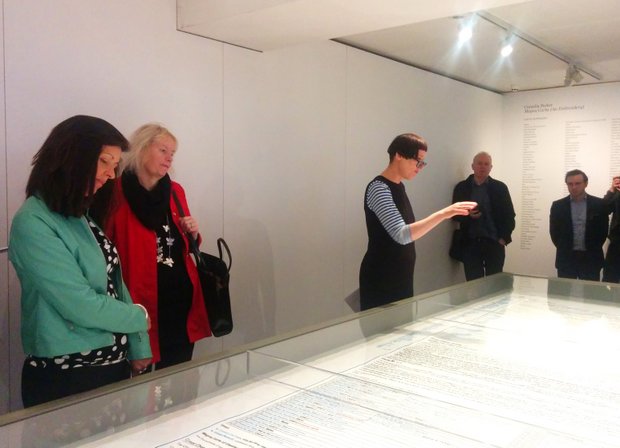 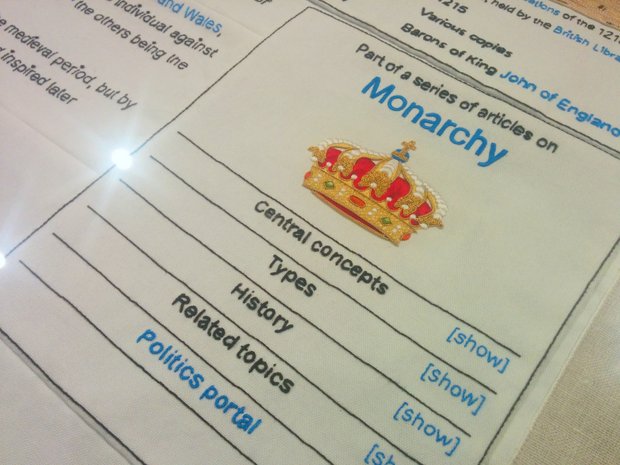 They could use any stitches they wanted to make the words; compare the stitches used for ‘Later History’ and ‘Reconfirmations’ for example.

Cornelia selected others to contribute to the work, asking them to stitch particular words or phrases.

“All these people have their own opinions about democracy today and I thought carefully about the words they should stitch. For instance, Baroness Warsi, Eliza Manningham-Buller, Julian Assange and numerous prisoners have all stitched the word ‘freedom’, but all have different relationships to it.” 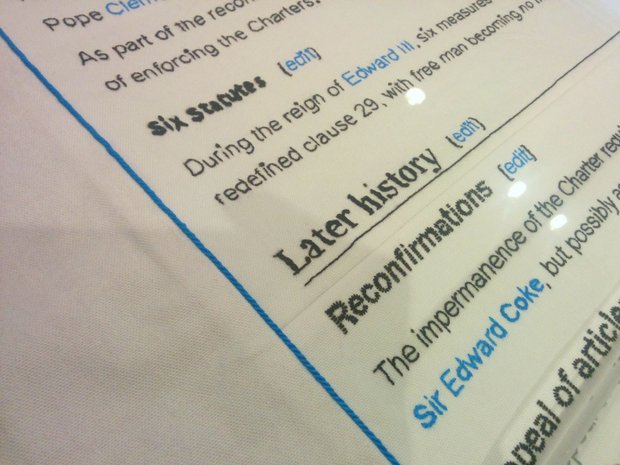 The detailed images and photos on the page were stitched by members of the Embroiderers’ Guild, as well as  embroiderers from the Royal School of Needlework and  embroidery company Hand & Lock.

The individual pieces – taking thousands of hours of work – were then stitched together to make the single embroidery now on display. 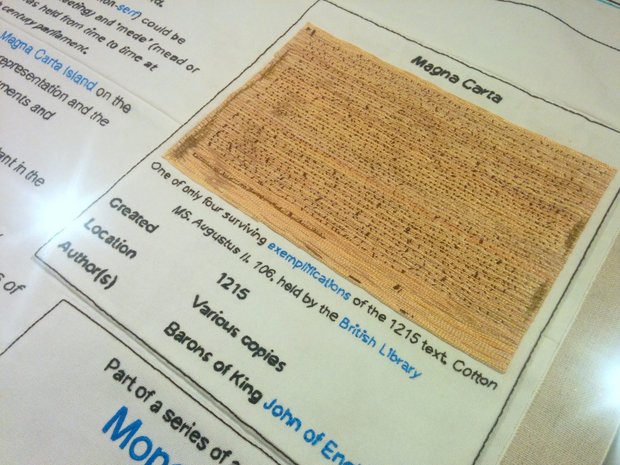 There are special mirrors underneath parts of the work so you can the reverse of the canvas. There is also a video showing details of the work in progress.

The Wikipedia entry for Magna Carta has since been added to and edited including mentions of the 800th year celebrations and this tapestry! 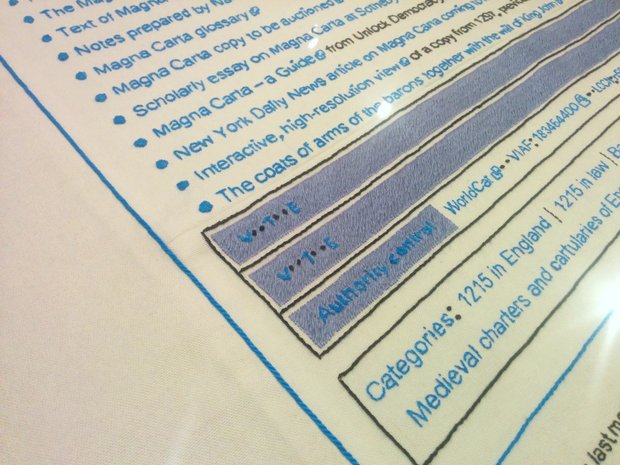 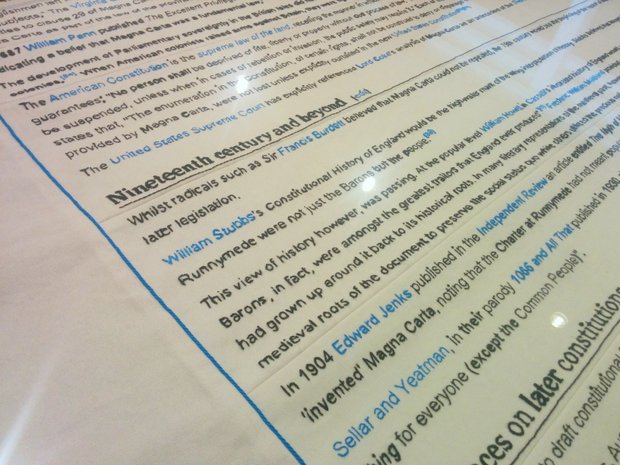 More info
Magna Carta (An Embroidery) is part of a major programme of events, exhibitions and digital projects at the British Library examining Magna Carta in this 800th anniversary year.

Report and photos by Emerald Mosley.