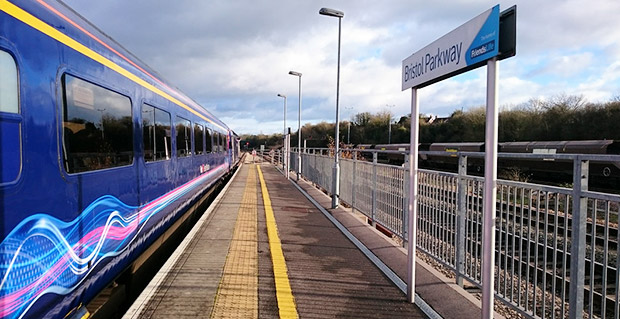 Today hasn’t exactly gone to plan. I’d booked myself on the 11.25 train out of Cardiff Central, confident that I’d be back in London in time to scoot across town and head north to watch the mighty Dulwich Hamlet FC take on Enfield. Last year’s game was a cracker.

Unfortunately, things quickly went awry. In the morning, a final pitch inspection resulted in the game being called off – thus negating the need for me to have bought the more expensive ticket in the first place. Damn!

Things got worse though. At Cardiff the train was five minutes late, but just as everyone had settled in to their seats, an ominous message was piped through the train’s PA system.

“Because of engineering works which have seriously overrun,” said the apologetic female guard, “no trains have been in and out of Paddington all day.”

“Unfortunately, we don’t know how far this train will be able to go,” she continued, “but I will keep you updated.” And then she dropped the words that no traveller wants to hear, “an alternative bus service may be laid on at Reading.” Oh dear.

From then on, a stop/start extravaganza began, with particularly long stop at Bristol Parkway. Apparently the guard had managed to resist a call to terminate the service right there after a lengthy discussion.

With no trains in and out of Paddington, services were backed up for 160 miles across the network. 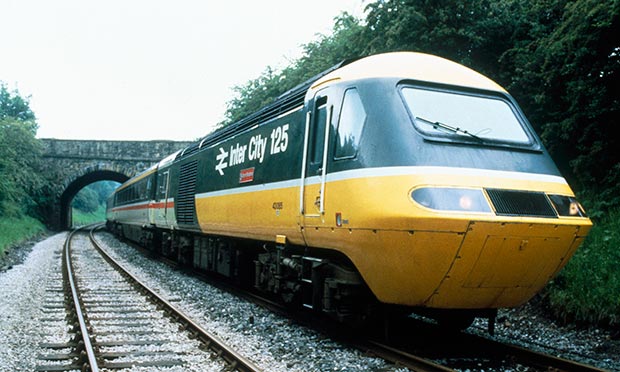 We had a very long wait indeed at Bristol Parkway. So long, in fact, that the guard advised passengers that they could go home for free and try and travel out again tomorrow on the same ticket.

Passing away the time posting on the urban75 boards, I commented, “Swindon is currently hopeful while Reading remains an aspiration, and Paddington the stuff of dreams.”

I elected to stay, and took a stroll along the platform in the winter sun. In the end, I struck up a very pleasant conversation with the driver, a cheery Welsh chap who was happy to discuss the many pros of the ageing Inter City 125 train he was driving.

“When something goes wrong, you just turn it off and start it back up again,” he said. “Works almost every time.”

After a lengthy chat, the driver finally got the green light, and our journey continued on to Reading, where the train filled to bursting point. Stressed out passengers trying to make long-lost connections frantically consulted phone apps, while harassed parents tried to entertain their seriously bored children.

And then, finally, the train made its way into Paddington station, with several passengers exploding out of the doors and hurtling off towards connecting trains and taxis.

By the time it arrived in London, the service was something like an hour and 20 minutes late, but there was some consolation for me as I no longer had a football match to miss, and I was now entitled to a full refund on my ticket price.

I’ve already calculated how many beers that will add up to, so excuse me while I go off to enjoy my unexpected seasonal gift.

One Comment on “Making the best of the rail chaos: a full refund and an interesting chat with a 125 driver”