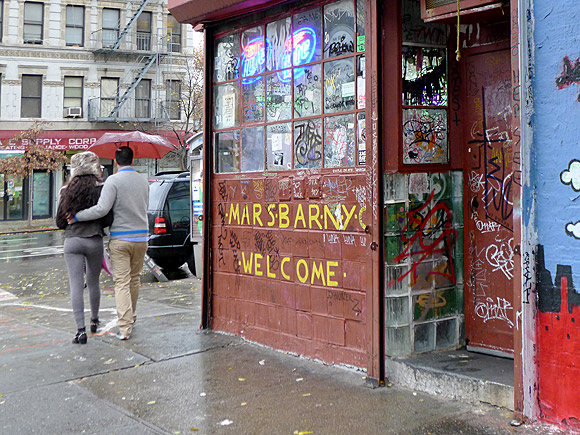 I’ll be the first to agree that it wasn’t the prettiest place to look at – and things only get more gritty inside – but the Mars Bar was one of the last authentic East Village bars left that recalled the area’s punk rock past. 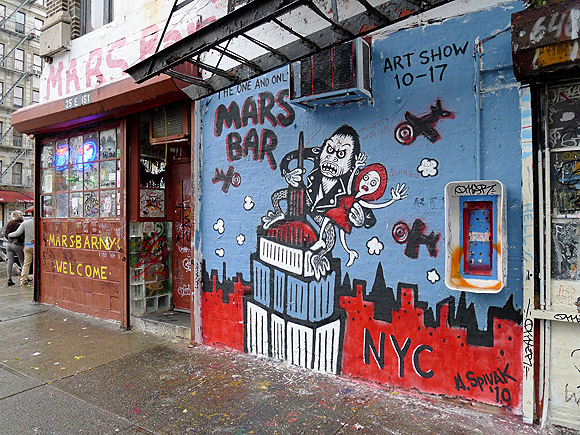 Located at 25 East 1st Street (corner of 1st St and Second Ave), the bar was just a dark and dirty narrow room, stuffed full of mismatched stools, with an assortment of dodgy paintings on the wall.

The nearby legendary CBGB’s venue closed some years ago, and with gentrification sweeping through the area, it was no surprise to see of the last, great dive bars in the area bite the dust.

As the [LES] became gentrified — a Steve Madden shoe store and the posh Rivington Hotel have helped bring a commercial sheen to the artsy quarter — Max Fish and Pink Pony remained popular.

But [in December], the two Ludlow Street colonizers announced they will shutter Jan. 30 because of a steep rent increase. And nearby, Mars Bar, at First Street and Second Avenue in the East Village, is also set to close as plans to redevelop the site into a mixed-income condo move forward.

Mars Bar — a dingy saloon famous for cheap brew, punk rock and its lack of toilet paper — could reopen in two years but would have to negotiate a market-rate rent with the developer.

The community board is scheduled to vote on the proposal later this month. “The Lower East Side felt like it was over a while ago, but [Max Fish] is a very symbolic closing,” said author Richard Price, who used the neighborhood as a backdrop to his best seller “Lush Life.”

“There are no neighborhoods in Manhattan anymore. South of Harlem, it feels like a bunch of districts where rich people can crash.” [NY Post] 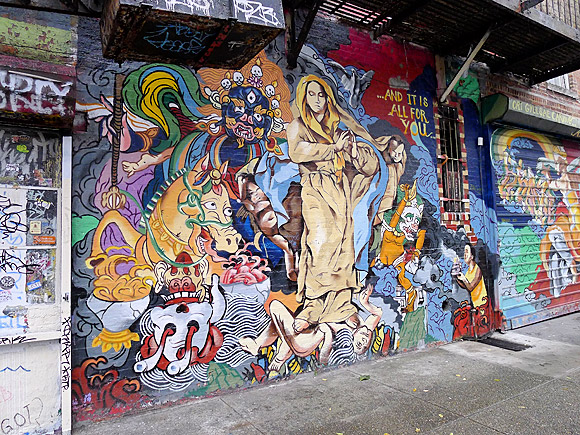 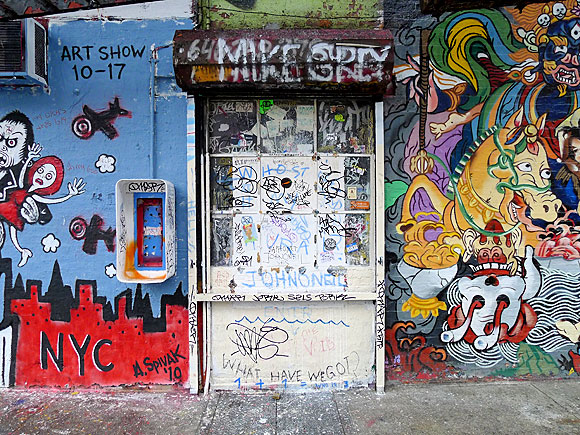 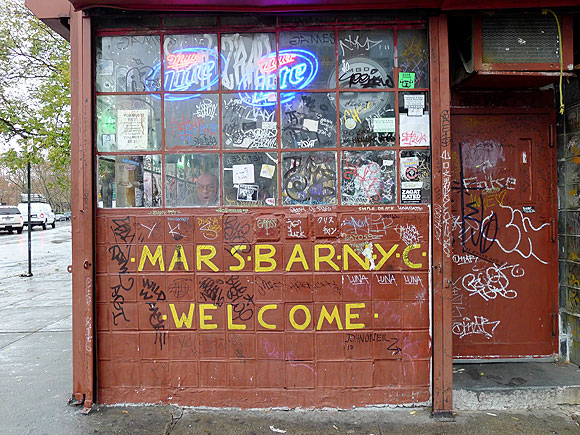 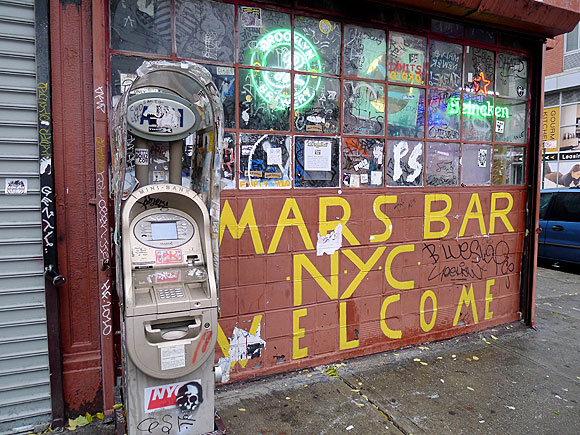 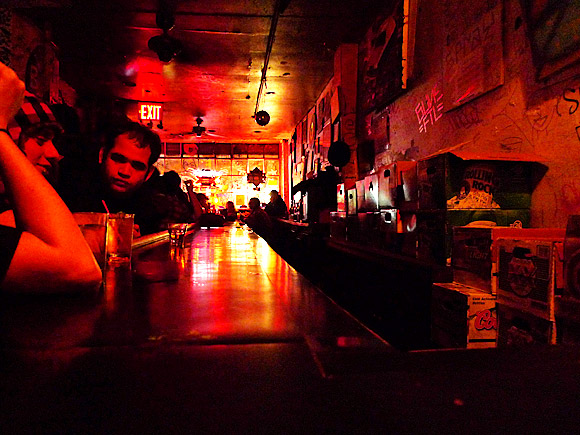 Inside the Mars Bar. The lighting was always low with the beers stacked up in boxes behind the bar. 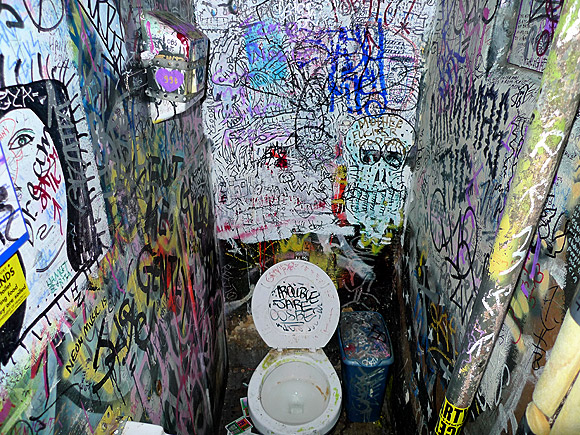 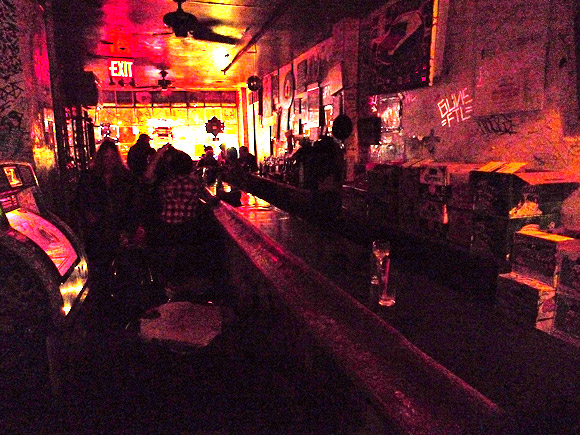 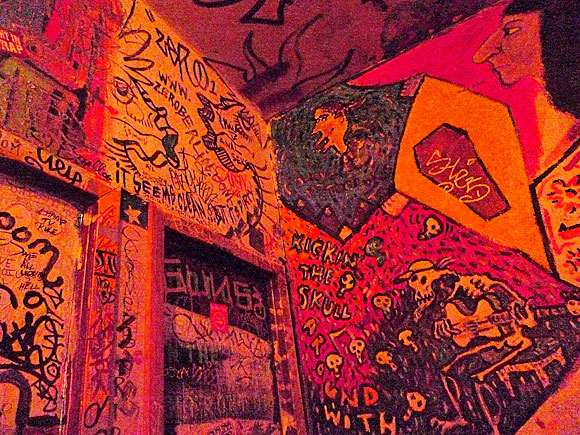 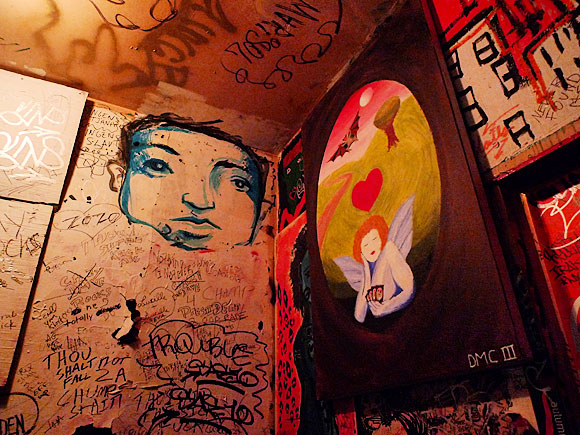 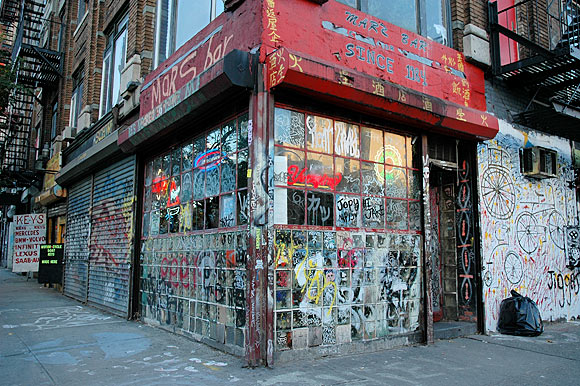 Archive view of the Mars Bar from November 2004. 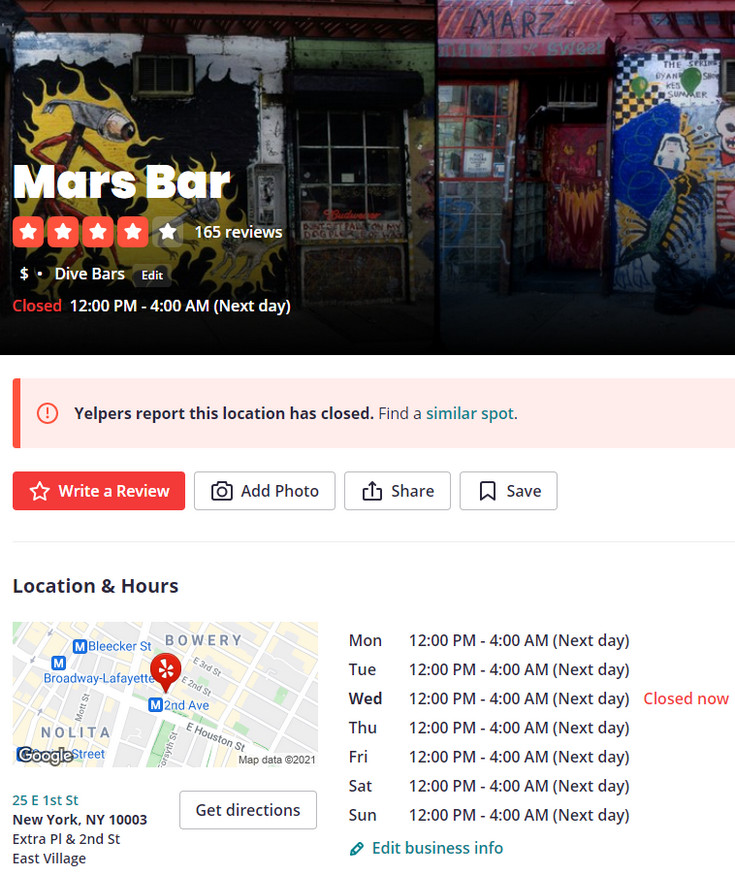 Despite the bar closing a decade ago and being demolished years ago, you can still read the reviews on the listings site, Yelp.

Diveiest dive bar on the planet. Kind of punk/biker feel. Disgusting inside.

No beer on tap and they will probably spit on you if you order a cocktail.

No suits any where in that place.

Five stars because it’s the DEFINITION of a dive bar.

Dirtiest bathroom I’ve ever been in.

Other dive bars can only hope to be this shitty. For this, I am grateful.

Everything they say about Mars Bar is true:
they pour tremendous shots,
their prices are stupid cheap,
every song out of the jukebox has a purpose,
someone was killed there,
it is a black hole,
It smells like piss,
the stools are broken,
there are no taps and the beer they do have sucks,
it’s dark, dank, dingy and depressing,
you will probably get assaulted and spit on,
the staff is weird,
bad drug deals, worse drugs,
there are cockroaches scurrying on the countertops,
and If you touch anyone, you Will get the plague, 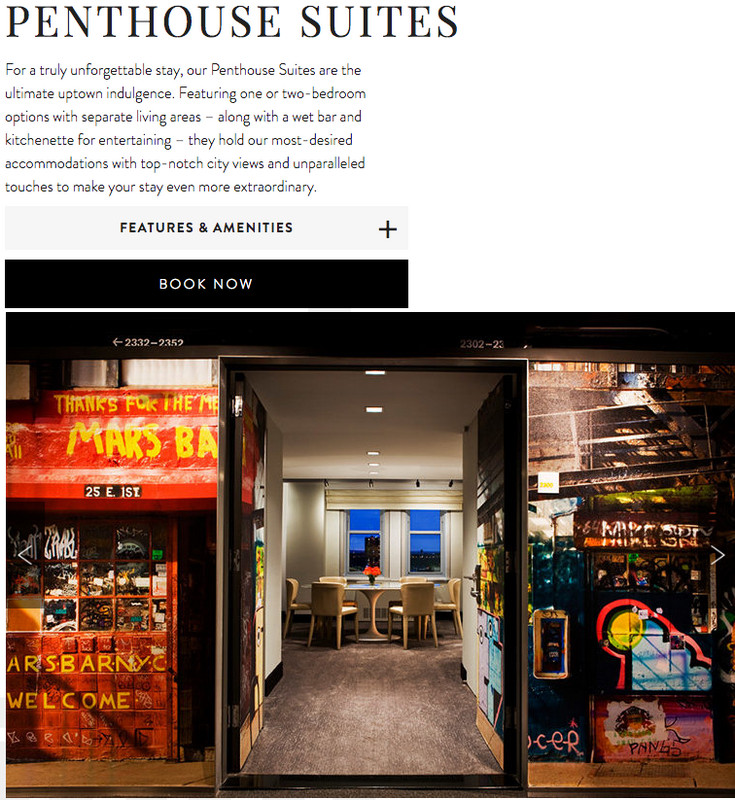 We are indebted to this excellent website for documenting this beyond-ironic travesty which saw images of the Mars Bar being used for a luxury hotel.

For a truly unforgettable stay, our Penthouse Suites are the ultimate uptown indulgence. Featuring one or two-bedroom options with separate living areas – along with a wet bar and kitchenette for entertaining – they hold our most-desired accommodations with top-notch city views and unparalleled touches to make your stay even more extraordinary.

[Article originally published in Jan 2011 and updated in June 2021]