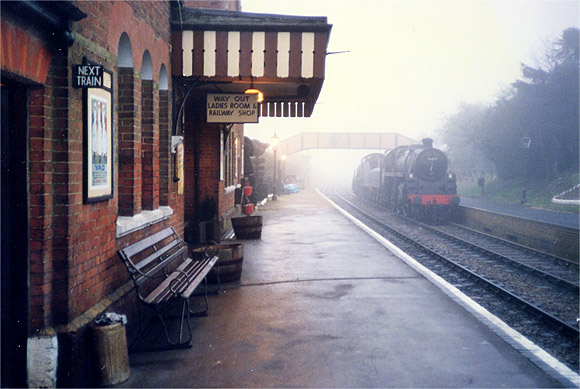 Railway scenes don’t get much more atmospheric than this wintry view of a deserted Ropley station, on the preserved Mid Hants Watercress railway line. 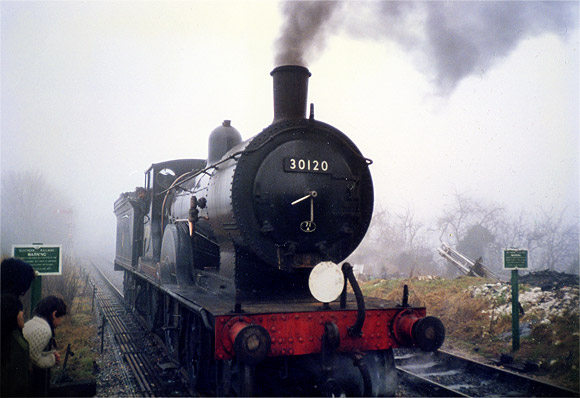 Smoke, steam and mist – with a bit of snow still on the ground. Lovely! 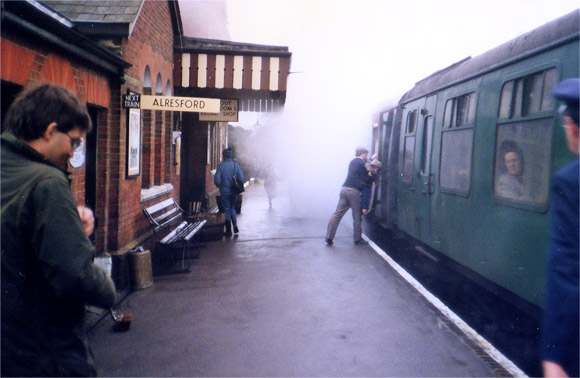 Originally built by the Alton, Alresford and Winchester Railway Company, and opening on 2 October 1865 as the ‘Mid-Hants Railway,’ the line became part of the Southern Railway in 1923, before being absorbed by the nationalised Southern Region of British Railways in 1948.

Although the line survived the notorious Beeching Axe of 1963 (*shakes fist at sky), the line was eventually closed in 1973.

Happily, a preservation group purchased the line from Alresford to Alton in November 1975, and set about restoring services, with the final section to Alton opening on 25 May 1985.

The line now runs some ten miles and is a lovely day out – even when the weather isn’t so good!