Today, I spent the day employed on a film set near Smithfield Market, central London.

My day mainly involved me standing in street, drinking coffee, chatting to other extras and watching the film crew milling about. 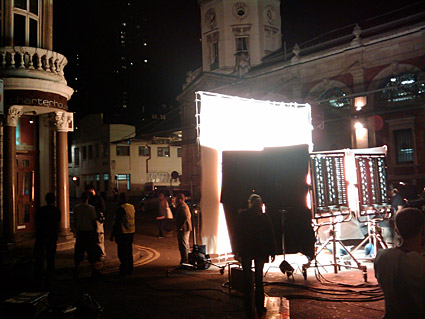 Some hours later I was assigned a ‘walking down the street’ part, which involved being a silhouetted blob moving in front of a couple who were eating in a restaurant. 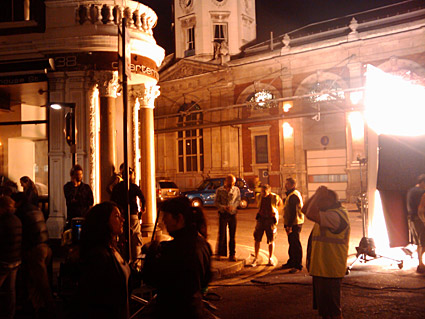 I shuffled around in front of the camera a few times more. At one point my role was reduced to being just a reflection in the window, but things were livened up by the director having a fabulous headphone throwing hissy fit.

The film is called ‘Blitz’ and it features Jason Statham playing an “aggro cop.” I doubt if I can be arsed to see it when it comes out, but look out for a be-dreaded reflection in the window of the restaurant scene.

Battle of Britain flypast as London remembers the Blitz

Nokia: a pipeline of champagne!