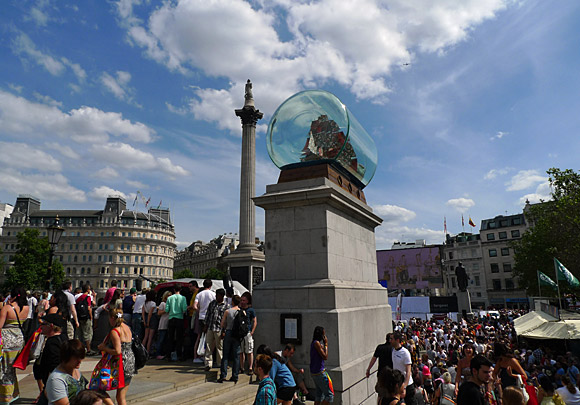 Standing above the crowded square and immune to the thumping cheesy Eurodisco of the Gay Pride celebrations below is the latest artwork on the Fourth Plinth of Trafalgar Square.

Entitled, “Nelson’s Ship in a Bottle,” the rather delightful piece was created by leading Anglo-Nigerian artist Yinka Shonibare, and was unveiled on Monday 24 May 2010.

The artwork commemorates the Battle of Trafalgar, with the Mayor’s website describing its symbolism:

The ship’s 37 large sails are made of exuberant and richly patterned textiles commonly associated with African dress and symbolic of African identity and independence. The history of the fabric reveals that they were inspired by Indonesian batik design, mass produced by the Dutch and sold to the colonies in West Africa. Tying together historical and global threads and traversing Oceans and Continents, the work considers the complexity of British expansion in trade and Empire, made possible through the freedom of the seas that Nelson’s victory provided. 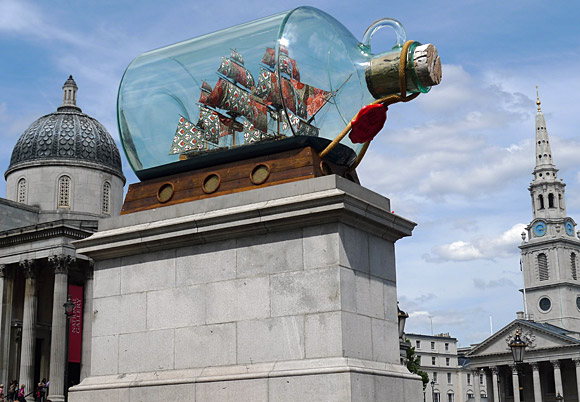 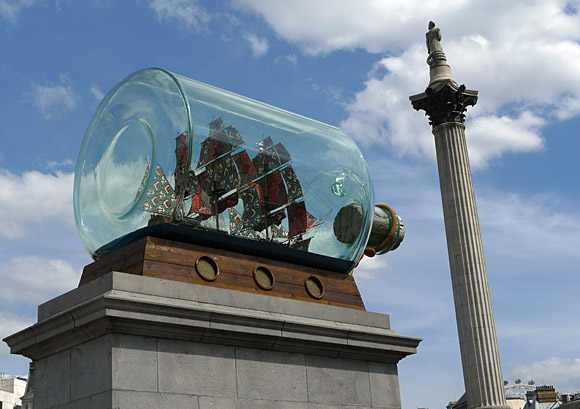 I really like this new piece, even if it isn’t quite as much fun as seeing my friend dance on the fourth plinth in the middle of the night back in September 2009. 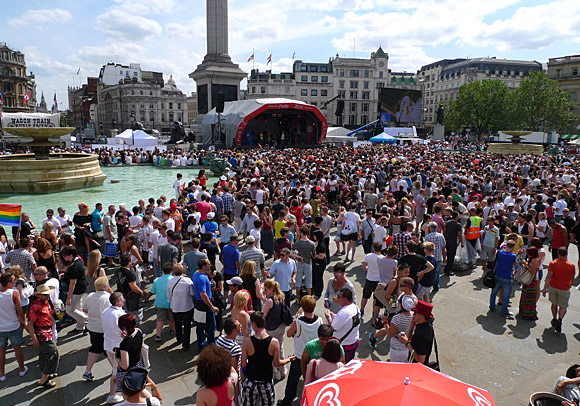 The square was packed with revellers gathering after the annual Gay Pride march. We went on to the excellent Gross Indecency after party in the evening. 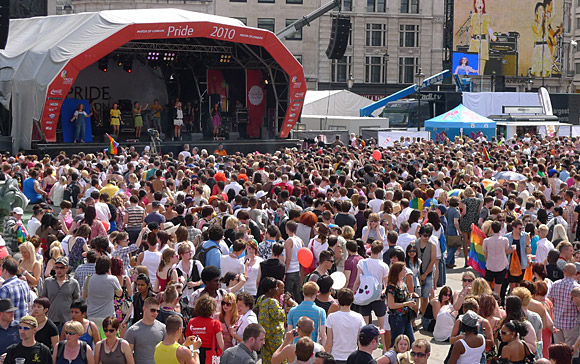 Batman, a high-rise unicyclist and an alcoholic confession: scenes around Trafalgar Square, London

2 Comments on “Nelson’s Ship in a Bottle and Gay Pride, Trafalgar Square”