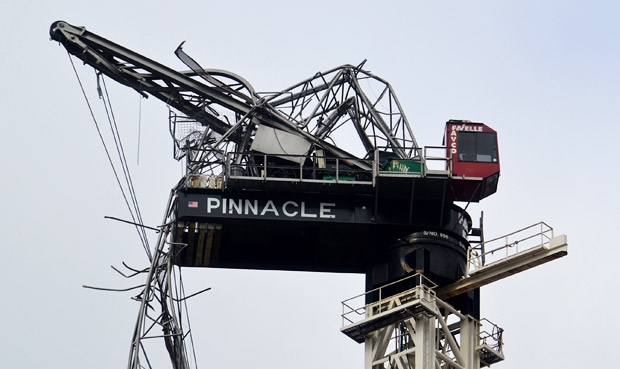 A mighty gust of wind from Hurricane Sandy on Monday night caused the collapse of this construction crane boom, perched at the top of a 74-story luxury skyscraper called One57 in Manhattan, New York. 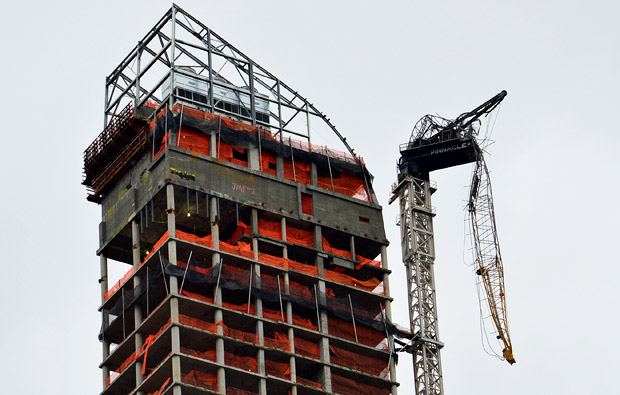 The crane was being used to build a luxury high-rise recently described by the The New York Times recently called a “global billionaires’ club.”

Located near Carnegie Hall, Columbus Circle and Central Park, this is accommodation for the stinking rich, with nine full-floor apartments near the top already sold to billionaires, and two duplexes set to retail for more than $90 million each. 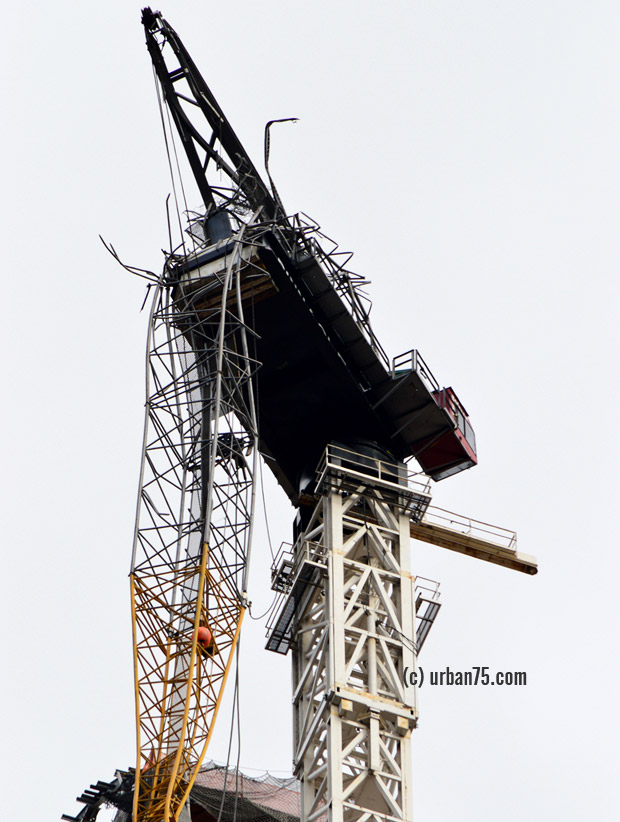 Here’s some more of Jim’s photos of the aftermath, taken yesterday afternoon. 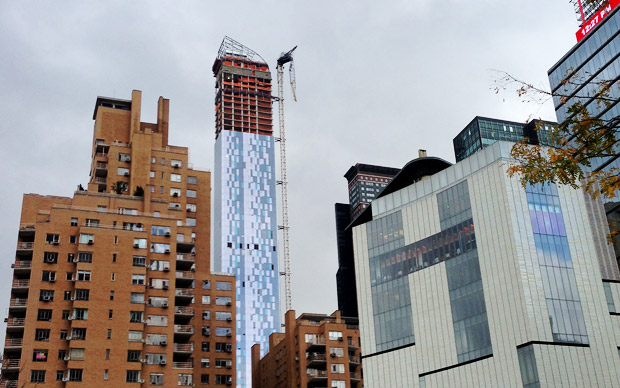 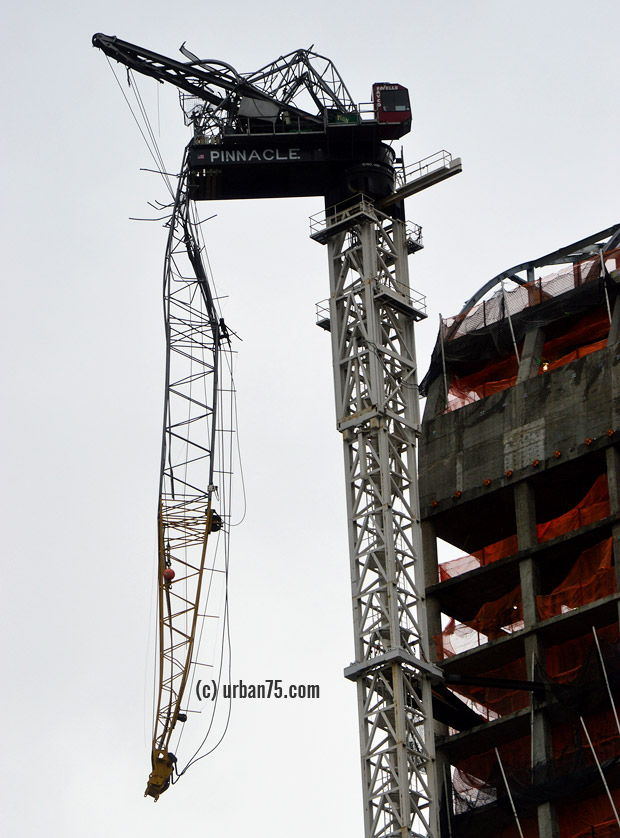 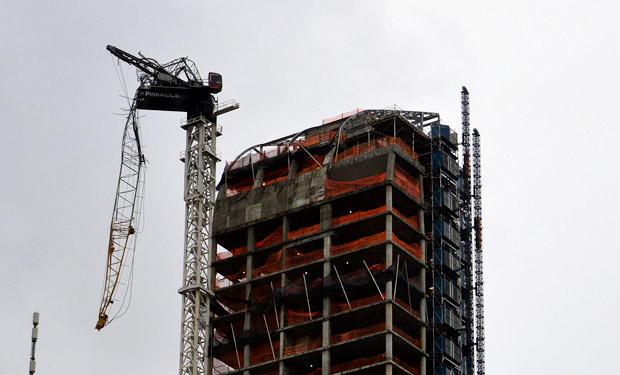