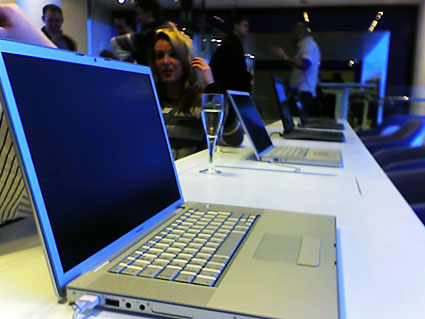 Well, not exactly a pipeline, but there sure was a lot of champagne flowing my way on Thursday as I attended the launch of the Nokia Store on Regent Street, London W1. 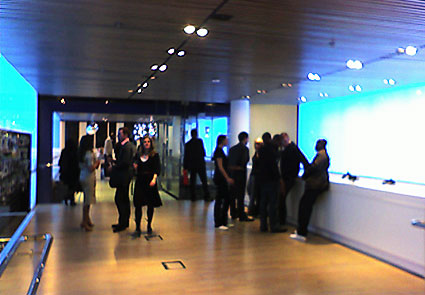 With Apple having their own equally shiny and chrome/glass-laden store opposite, the rivals will be able to take part in staring competitions across the road. Or maybe slug it out in the street if things turn nasty. 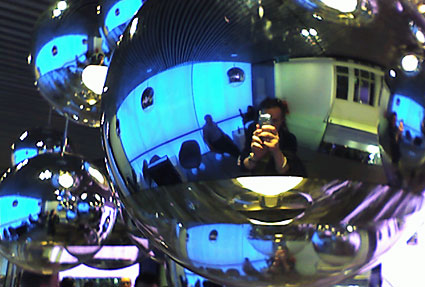 I’ve never understood or been interested in the dire schleb culture, but it was amusing to see well known musicians like Dizee Rascal and Goldie being hired in to presumably add ‘showbiz glamour’ while Z List blonde women flapped around the cameras, almost begging to be snapped.

Still, you won’t hear me complaining when the free champagne is slopping around in such quantities, and I got to meet some interesting folks amongst all the swivel-action suits, PR backslappers and attention seeking pap-clingers. 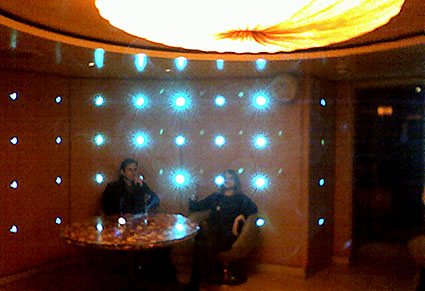 We later retired to a restaurant bar called Cocoon near Piccadilly Circus where the onslaught of champagne continued until, in the words of the fabulous Elbow, “my speech was just a gas leak.”

Sadly, there were no free phones to be had, and I hadn’t brought my proper camera, so you’ll have to make do with these super low-res shots from my much loved Palm Treo 650 phone (the onboard camera is not its strong point).

My exciting day as a movie extra on ‘Blitz’