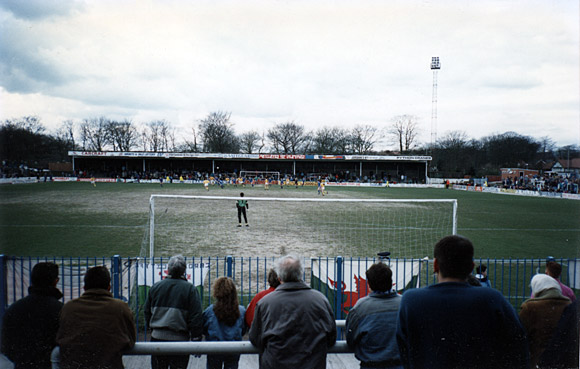 It takes a certain type of fan to willingly set off on a 350 mile round trip to the bleak, wintry wastelands of Rochdale in the middle of winter. 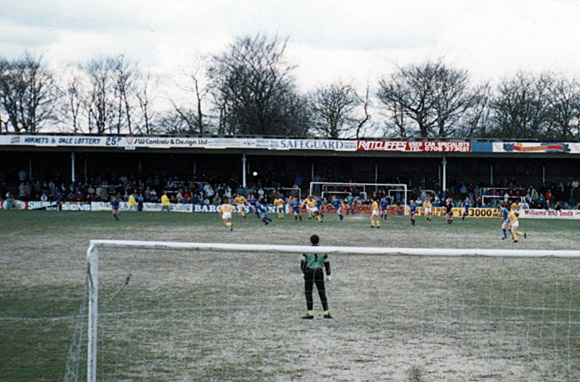 Yet here we were, watching Cardiff City slide to an undignified 0-1 defeat in the old Division Four at a ground that could, at best, be described as ‘basic,’ with a pitch that was more sand than grass.

It was 18th January 1997, and we were freezing cold. Cardiff were awful.  Still, there was a nice chippy by the ground and there were no queues and – somehow – I still had a great time.

Looking at the excellent soccerbase website, it’s interesting to see the teams we were playing against in the basement division – some have gone on to greater things (Wigan, Fulham, Hull), while others still languish in the lower divisions, or below.

Chester – who stood one place above us at the end of the season – have ceased to exist altogether.

[Check out our Cardiff City section]

One Comment on “Not so great Cardiff City FC moments: Rochdale away, 1997”