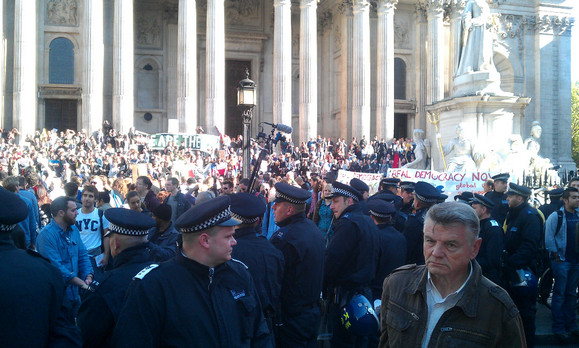 With  thousands currently occupying Wall Street in New York, and actions taking place from Paris and Madrid to Buenos Aires and Caraca, there’s a global day of action underway – and protesters are out in force by the London Stock Exchange. 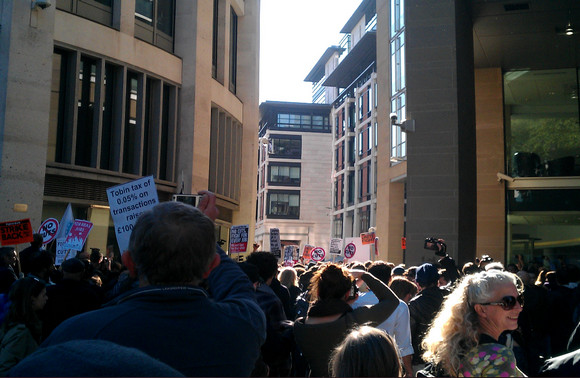 Here’s how the protest is explained on the Facebook page:

The words ‘corporate greed’ ring through the speeches and banners of protests across the globe. After huge bail-outs and in the face of unemployment, privatisation and austerity we still see profits for the rich on the increase. But we are the 99%, and on October 15th our voice unites across gender and race, across borders and continents as we call for equality and justice for all.

In London we will occupy the stock exchange. Reclaiming space in the face of the financial system and using it to voice ideas for how we can work towards a better future. A future free from austerity, growing inequality, unemployment, tax injustice and a political elite who ignores its citizens, and work towards concrete demands to be met.

Assemble in front of St Pauls Cathedral at Midday – please try to be on time and not early or late. When you are there be ready and attentive. Make sure to follow @OccupyLSX on twitter for updates on the day.

Try to come with a friend or group of friends. If you are thinking of staying for a while bring plenty of food and water, wrap up warm and you may want to bring tents and a sleeping bag.

Bring your energy and excitement, and be ready to create a better world! 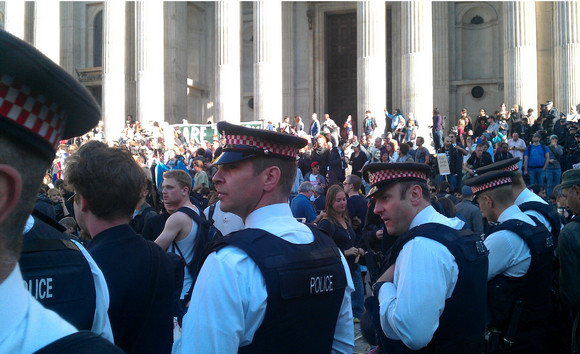 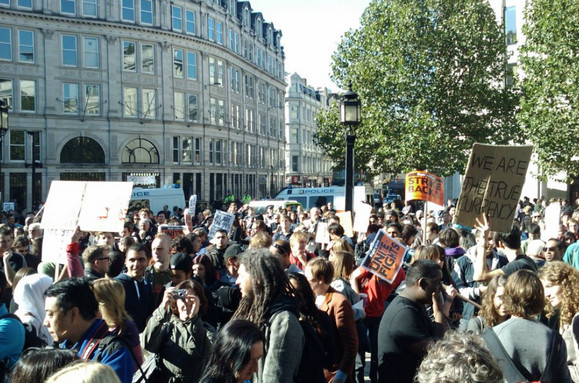 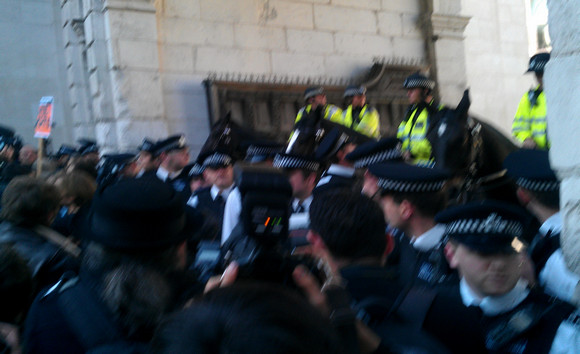 The Met has been busy tweeting all afternoon. Here’s a selection (newest shown first):

There has been one arrest for assault on police

Although officers have been deployed in public order kit, they are not wearing their helmets

The rumour about Julian Assange being arrested are false 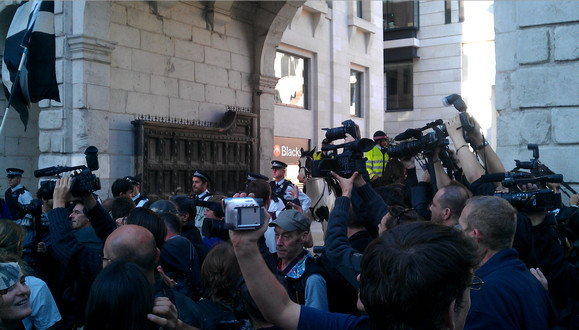 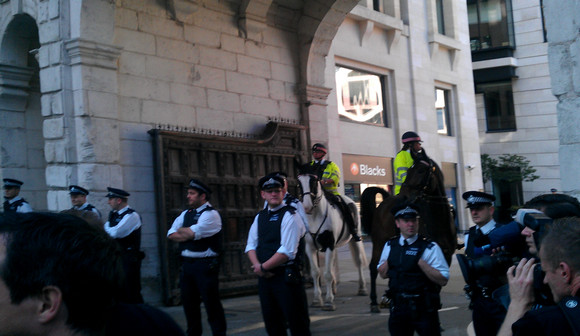 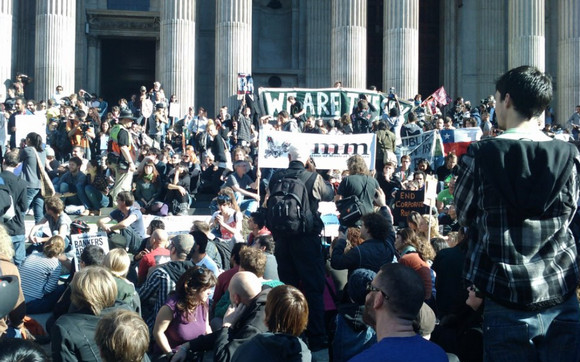 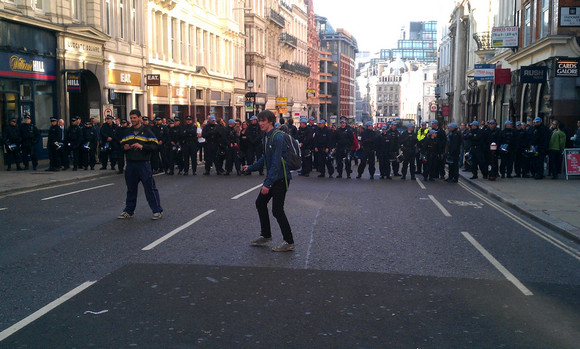 Update: 5:00pm. woman not allowed to leave kettle with her banner 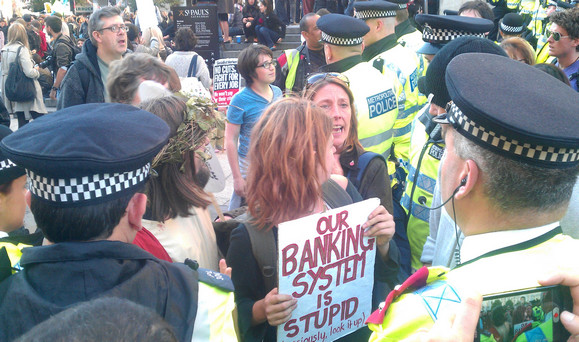 Met tweet:
Officers are at the steps of St Paul’s Cathedral to prevent any criminal damage to the building

Met Police statement:
The Metropolitan Police Service has worked closely with colleagues in British Transport Police and City of London Police to ensure that today’s protest in the City of London has been largely peaceful.

There has been a significant uniformed police presence throughout the day, and we have provided a proportionate response to minimise the potential disruption to Londoners going about their business.

Earlier today protestors were peacefully prevented from gaining access to Paternoster Square, and there has been no major disorder. We will deal swiftly with anyone who breaks the law or plans to break the law under the guise of protest.

There is currently a containment at St Paul’s Churchyard to prevent breach of the peace. We will look to disperse anyone being held as soon as we can.

A containment officer is on the scene to make sure this process works effectively.

We will attempt to communicate with people within the containment area and will provide water and toilets for those being contained.

Those who are suspected of being involved in disorder may be questioned or arrested as they leave the containment.

All officers will look out for people who are vulnerable so we can help them to leave first, as appropriate.

= A section 60aa was put in place for the City Of London police area.

= There have been three arrests: two for assault on police, one for Section 4 Public Order.
[Source]

Photos courtesy of SimonSubvert/Loveday. If you’re at the protest, stay safe!

[Discuss the action on our boards]