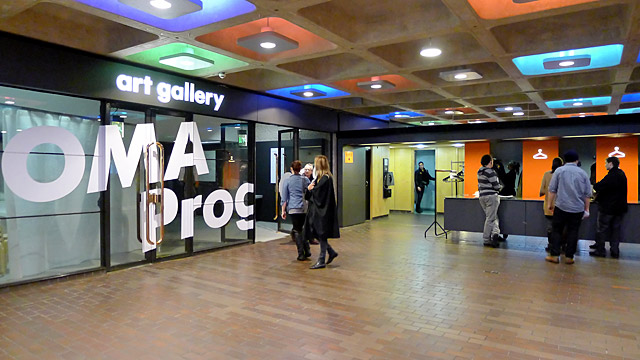 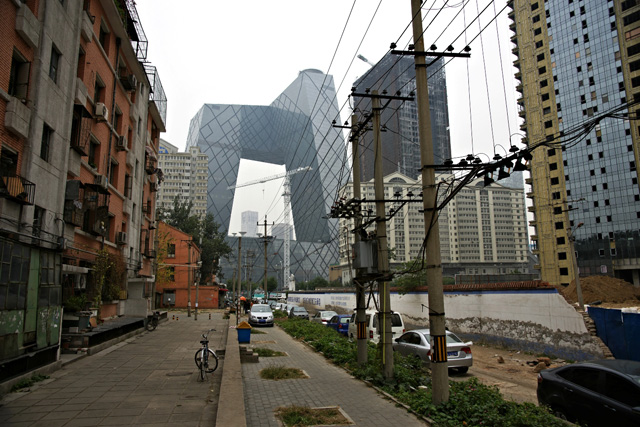 OMA now comprises seven partners and a staff of around 280 architects, designers, researchers and support staff in offices in Rotterdam, New York, Beijing and Hong Kong.

The practice has also produced best-selling books including Delirious New York (1978), S,M,L,XL (1998) and The Harvard Design School Guide to Shopping (2002). 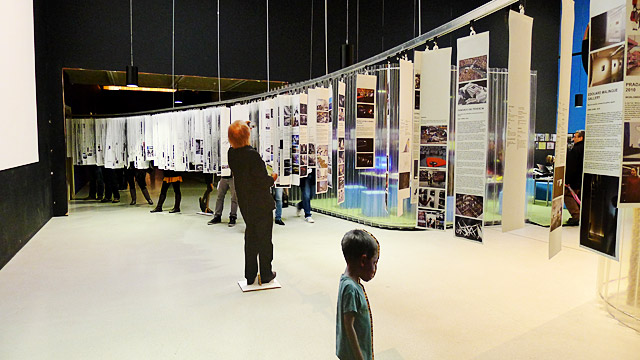 Part of the exhibition was open to the public, with cardboard cut outs of visitors helping to confuse the eye. 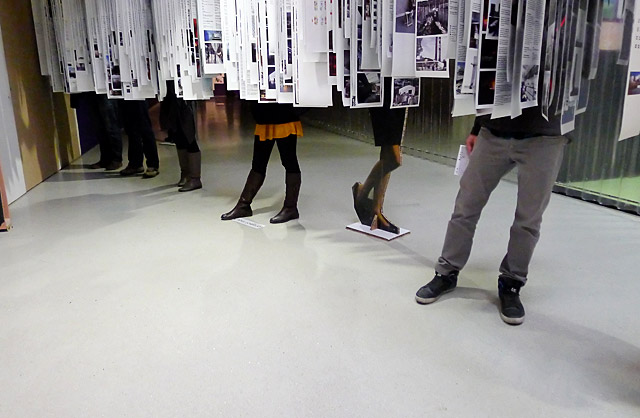 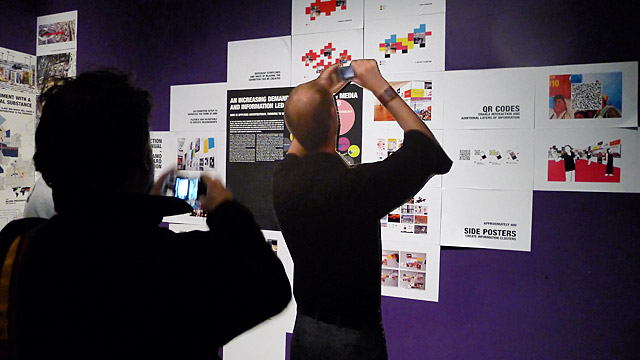 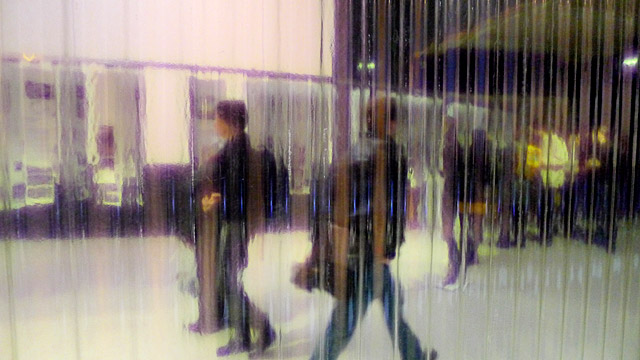 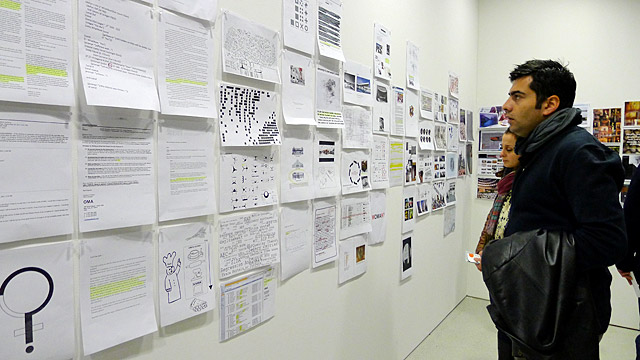 The show was curated by the Belgium practice, Rotor, and it must have been a formidable task, with a huge amount of material on offer, and not of all it entirely serious.

I particularly liked the ‘secret room’, where visitors could peruse material collected from OMA’s waste bins over a month, and see first hand the scribbles, doodles, and ruminations of staff. 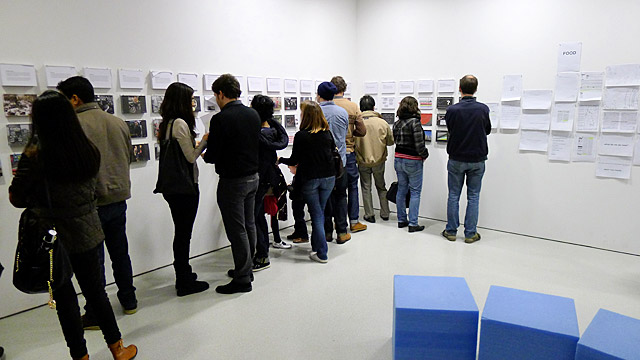 With scale models, architectural cast-offs, sample materials, strange objects and even bits of metal that have been subjected to underwater explosions, there was an awful lot to see.

It’s almost as if there was too much on offer, exemplified by the high-speed slide show on the ground floor that hurtled through OMA’s 3.5 million image-strong database at near strobe speeds.

If the exhibition hadn’t ended today, I would have liked to have returned to take more in. 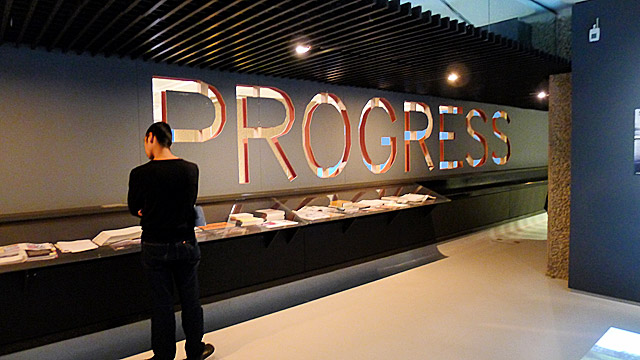 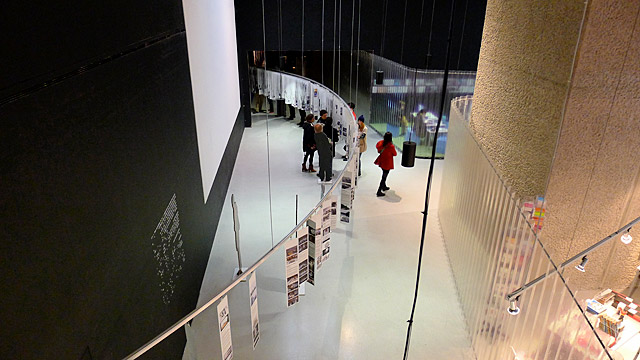 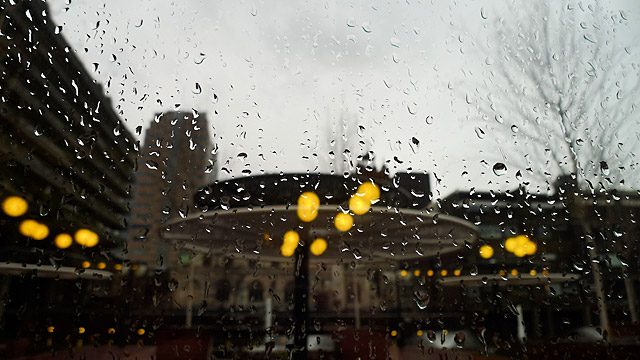 View from the rather chaotic cafe in the Barbican.

Much I like a lot of the culture on offer, I still find the Barbican an infuriatingly confusing place to navigate – despite toilets being signposted as being on every floor, I (invariably) end up being directed to the basement every time.

Using the coloured tape on the floor as a guide back to where I started proved a fruitless exercise too: no sooner had I started to head back when the staff started peeling it all off! 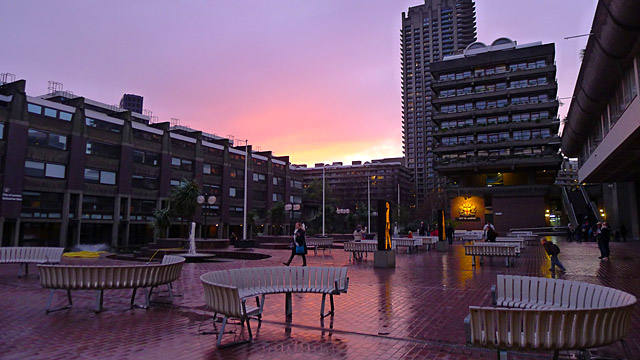 2 Comments on “OMA Progress architecture exhibition at the London Barbican”