As part of First Great Western’s ‘Summer Tracks‘ promotion, passengers at London’s Paddington Station were treated to a full on set from seasoned sessioneers the All Stars Collective. 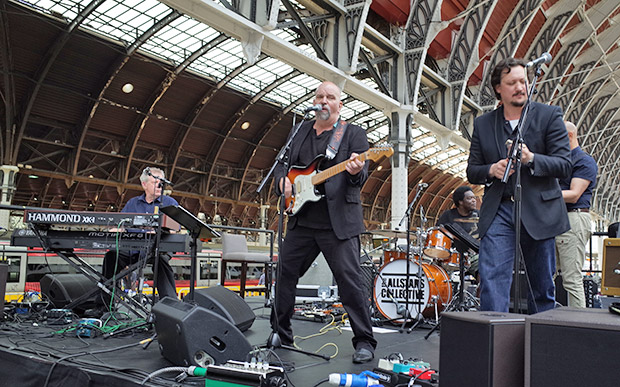 Now, as a rule I love hearing live music, but in this case it perhaps wasn’t the greatest venue, given (a) the horrendous acoustics of a massive iron trainshed and (b) the requirement for passengers to hear announcements. 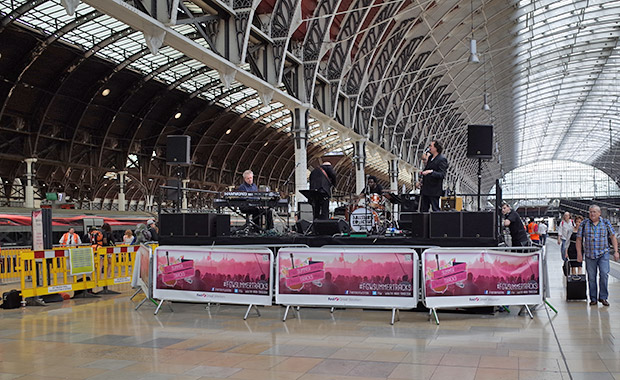 The band gamely battled on with each note being echoed around the cavernous station multiple times, creating the sort of reverb-soaked sound you might hear after a particularly ambitious line of ketamine. 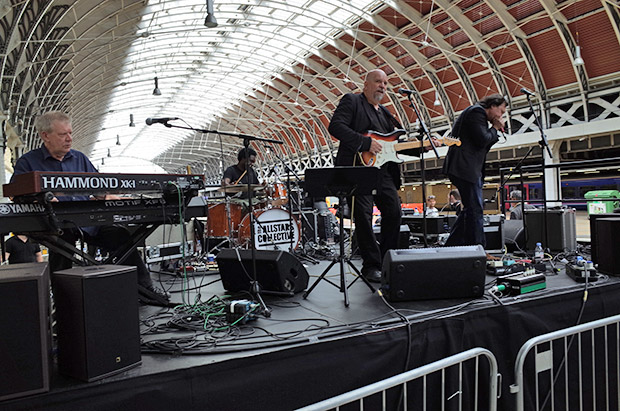 Getting up really close to the band meant you could make sense of the songs, but for the majority of people milling around the Paddington Green concourse circulating area, it truly was a hideous racket. 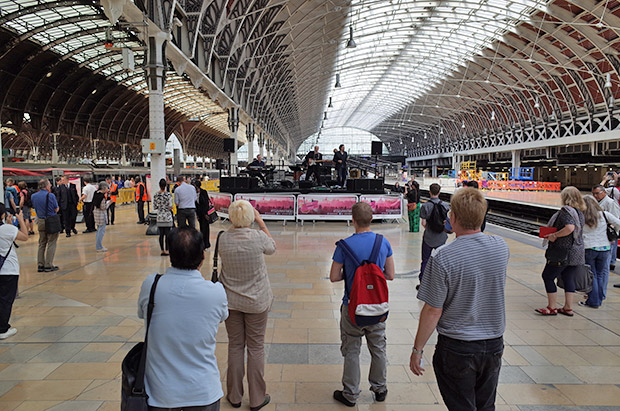 Worse than that, station announcements were rendered completely inaudible as the dub-esque sounds resonated from arch to arch. 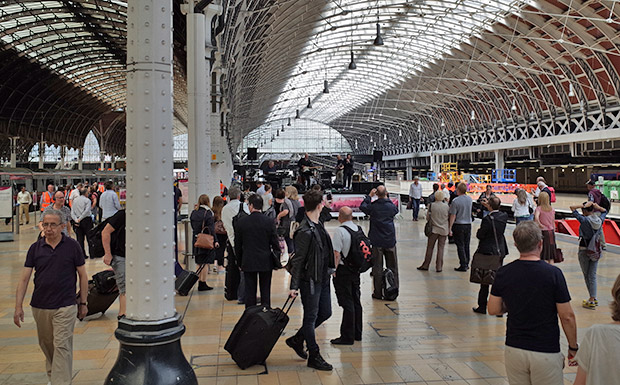 It was indeed a strange show. I’m not sure the band would have enjoyed it much and I’m pretty sure that a lot of passengers may have had trouble getting into the groove too.

That’s not to say that the band weren’t any good (because they were) or that First Great Western shouldn’t be lauded for trying to bring in a bit of entertainment to the station – but I think placing them at the point where they’re likely to encounter more echo than a karaoke singer in a metal shed was perhaps not the greatest idea.

See what else is coming up here: Summer Tracks