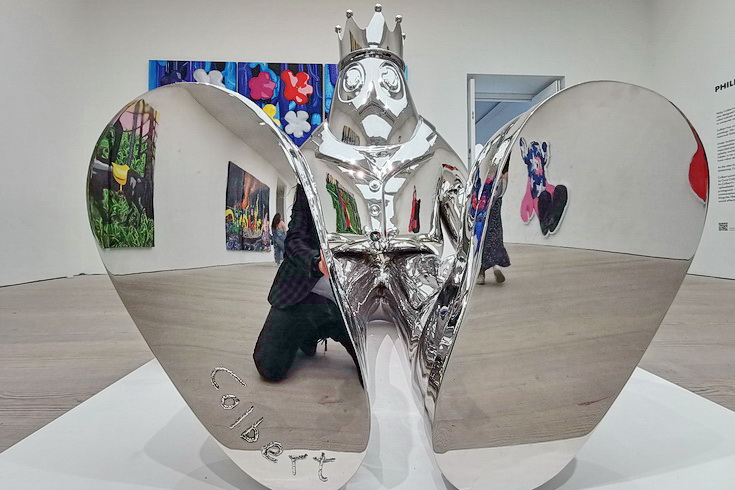 Bright, colourful and a heap of fun, Philip Colbert’s Lobsteropolis at the Saachi Gallery in west London presents an eye popping feast of cartoon characters and paintings. 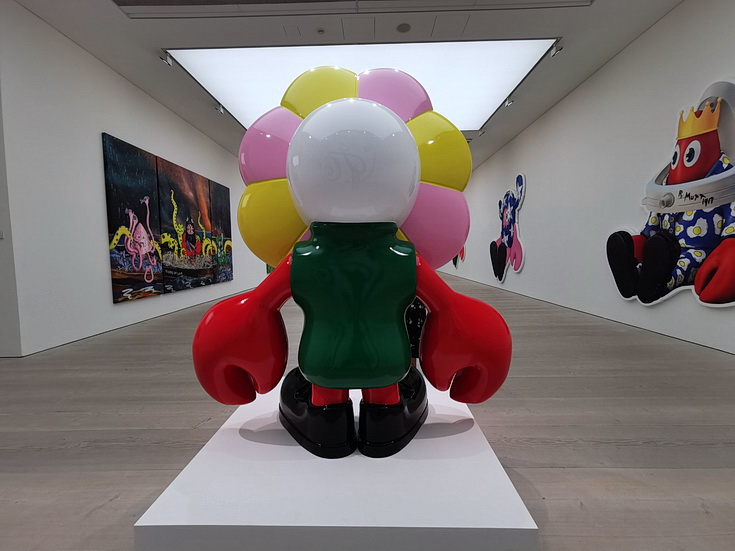 The free exhibition runs until the 6th June 2021 – and if you’re visiting you can check out the herd of elephants outside. 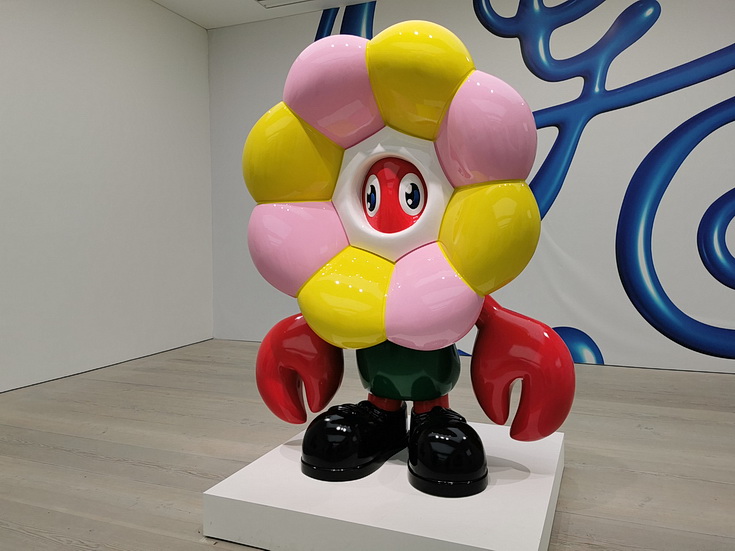 The Saachi website has more details about the exhibition:

Under lockdown, Colbert’s shrunken horizons and own social media echo chamber prompted him to conceptualise Lobsteropolis as his response to the pandemic.

He believes that seeing art in situ is an important part of society and a culture in which people are free to do things for themselves. In his brash, splashy world of contemporary culture, Colbert explains the reasoning for his cartoon-like vision. “The lobster is my materialistic alter-ego.

Colbert points out that many of the symbolic references of art history have become as iconic in themselves as Coca Cola or Google; Warhol’s work is easily as recognisable as McDonald’s sign or the apple symbol.

As Colbert’s work addresses the commercial realities of hyper consumption – and what is considered an ‘uploadable’ social media experience – Colbert’s ‘Lobsteropia’ is a continued journey of the lobster as art protagonist. Philip Colbert’s works are exuberant attempts to update the practice of collage for the internet age.

His paintings challenge and toy with the viewer’s cultural vocabulary. He superimposes commonplace, banal objects onto painted faces and merges portraiture with popular culture in a Magritte-like fashion. 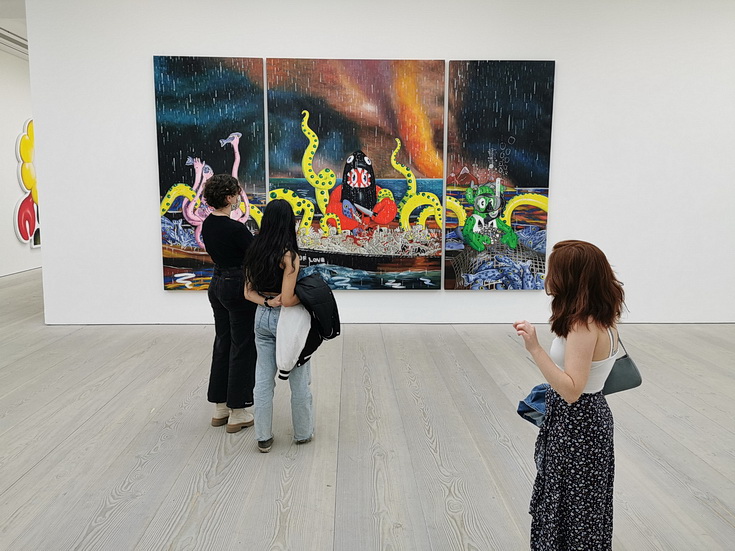 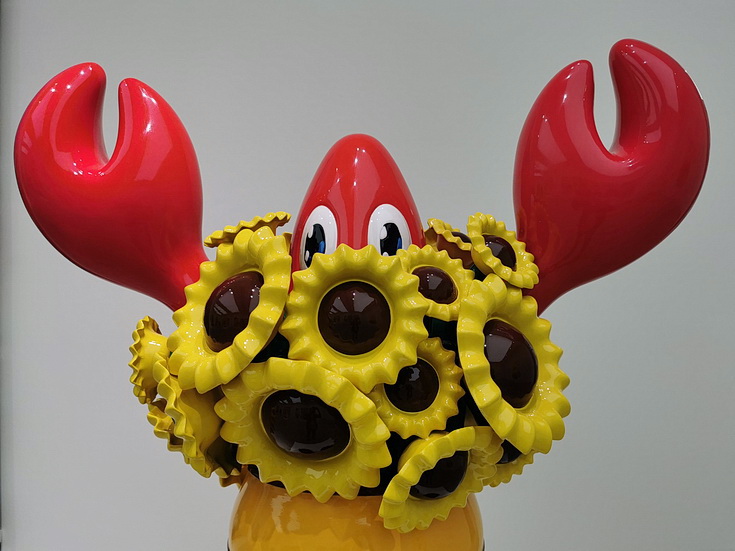 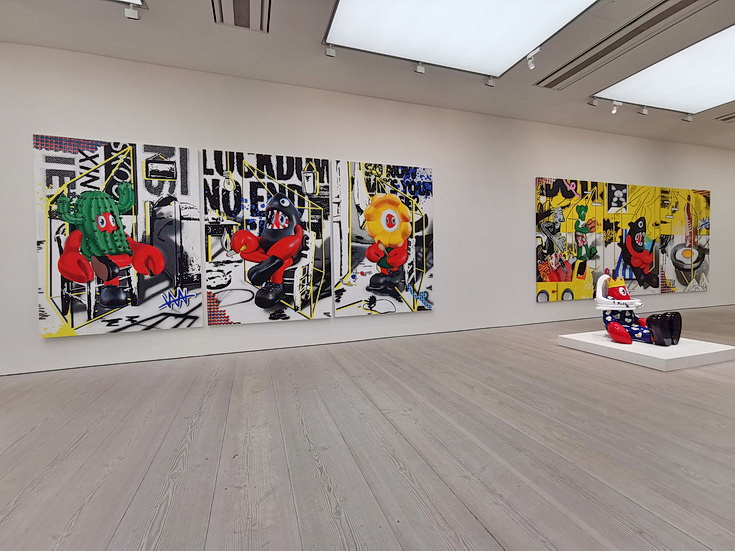 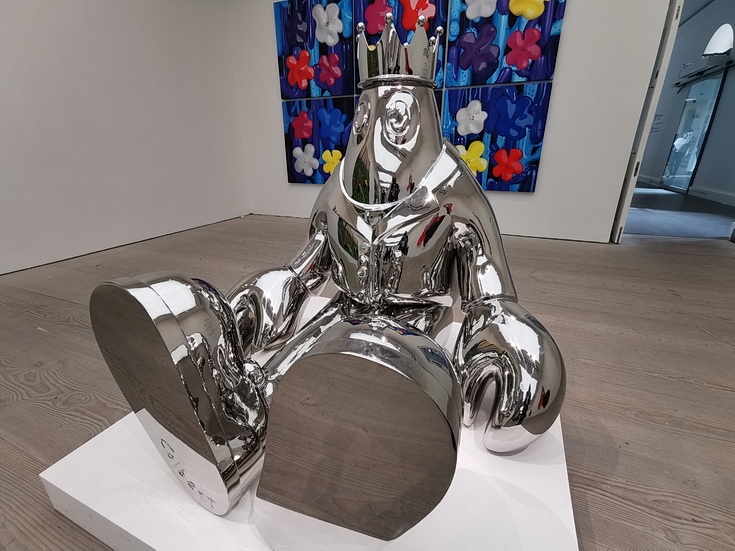 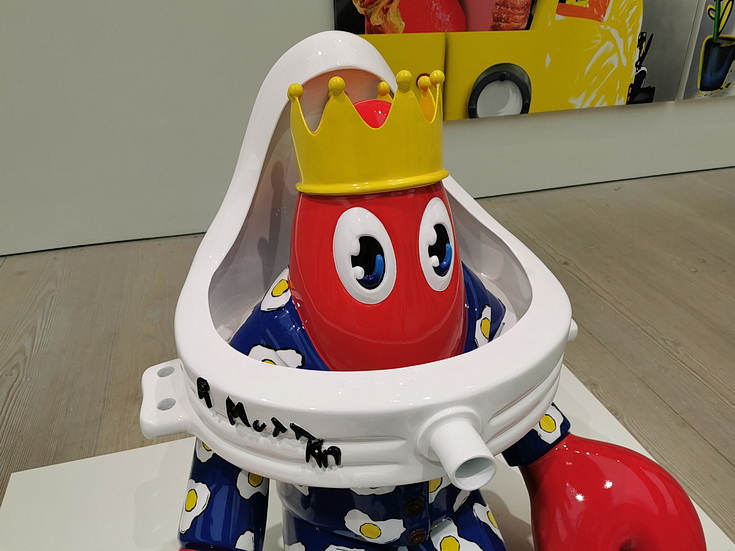 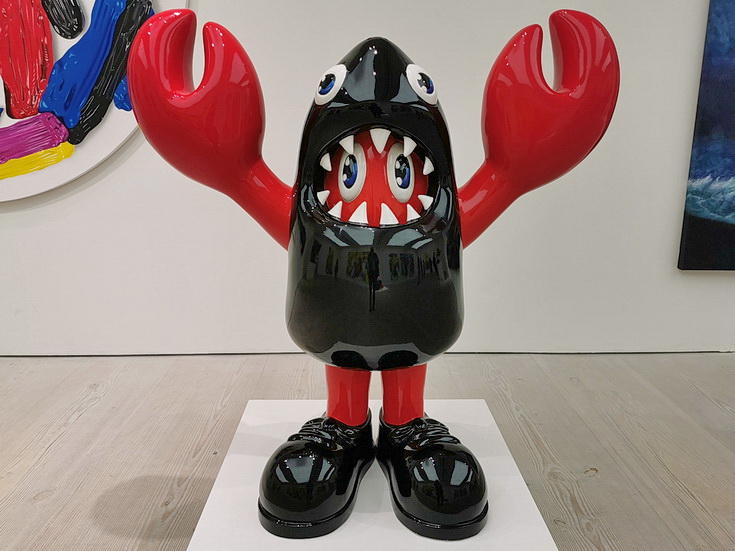 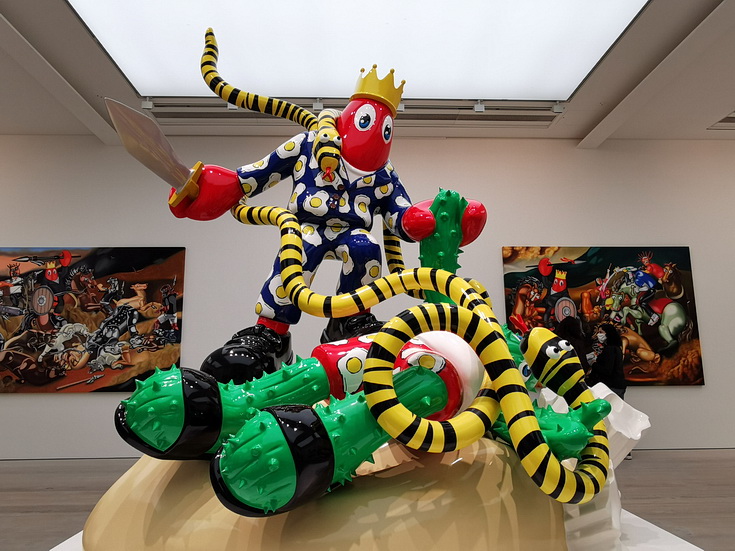 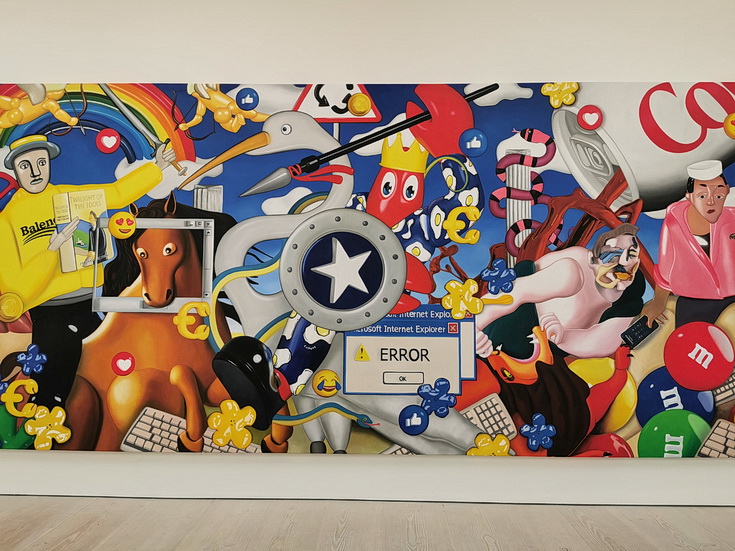 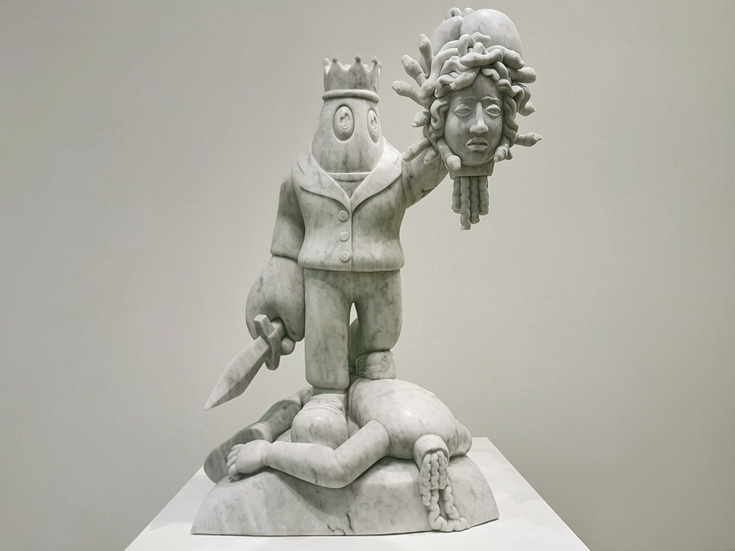 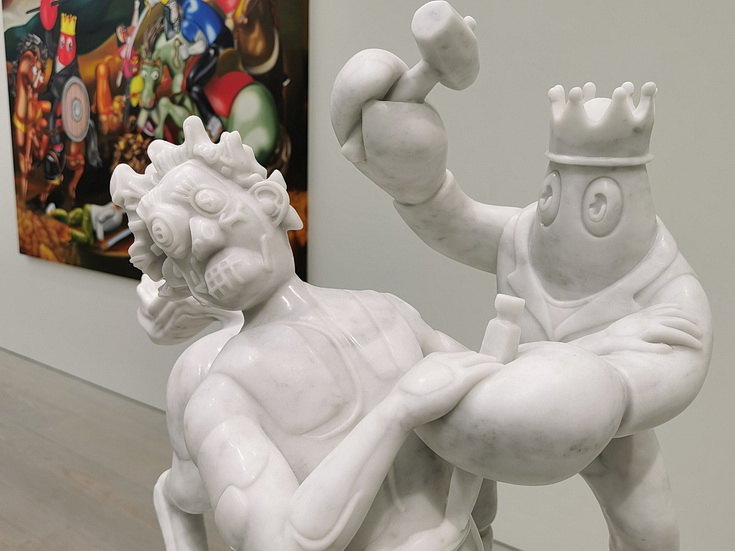 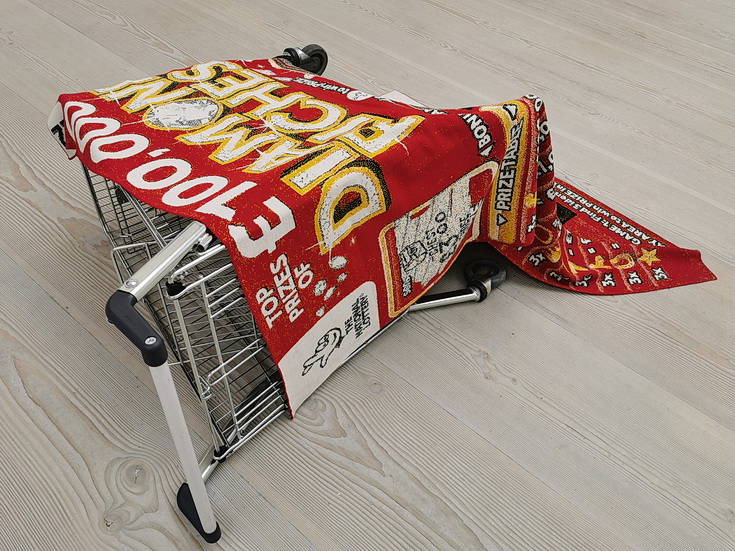 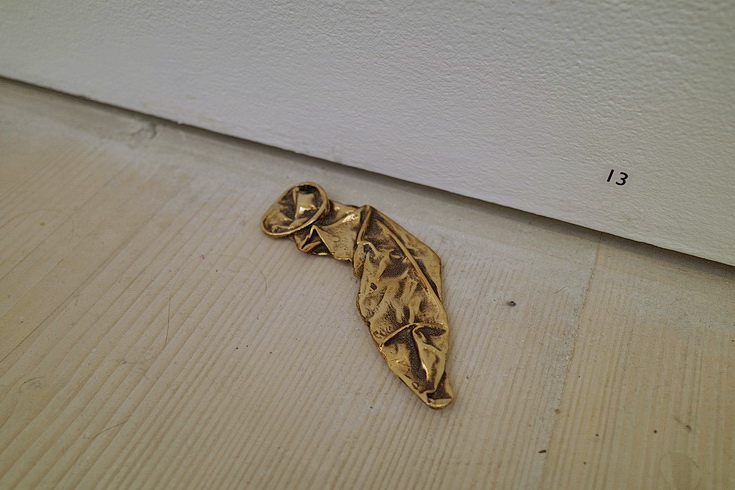 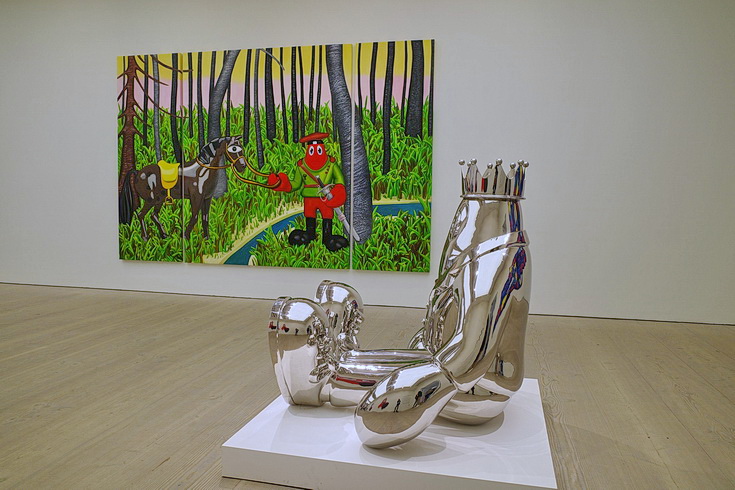 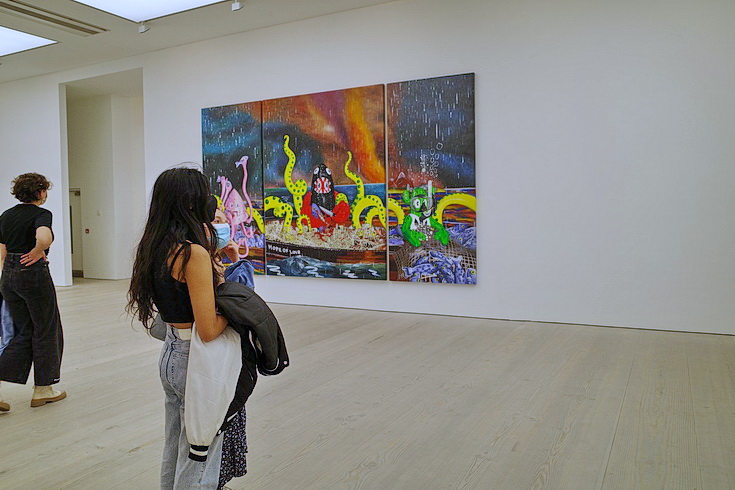 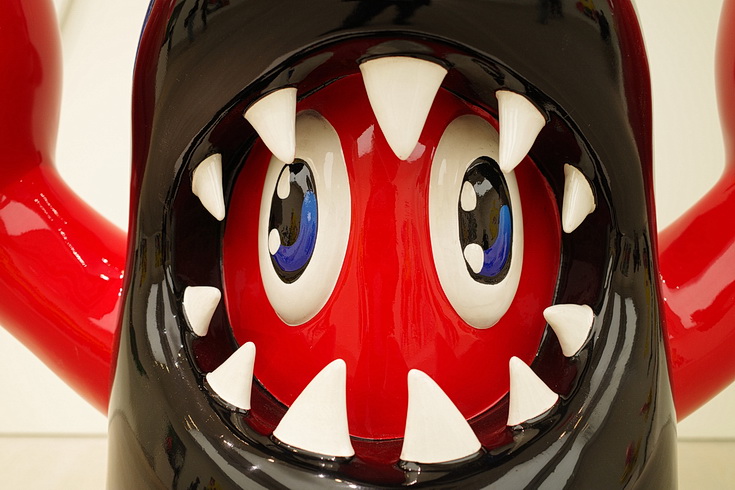 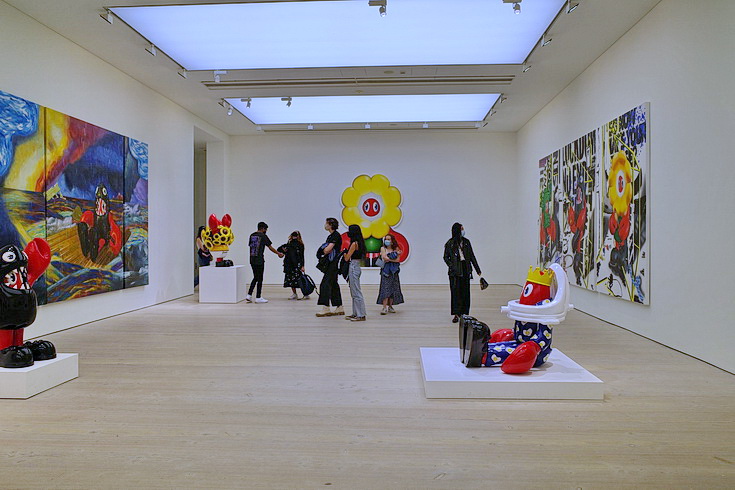 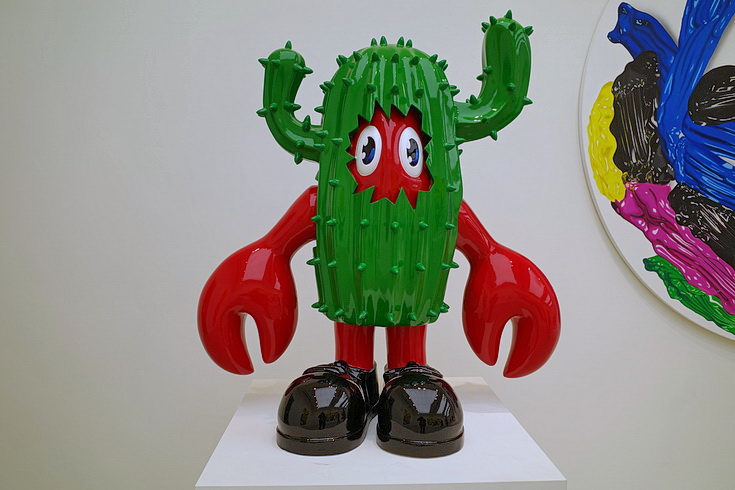 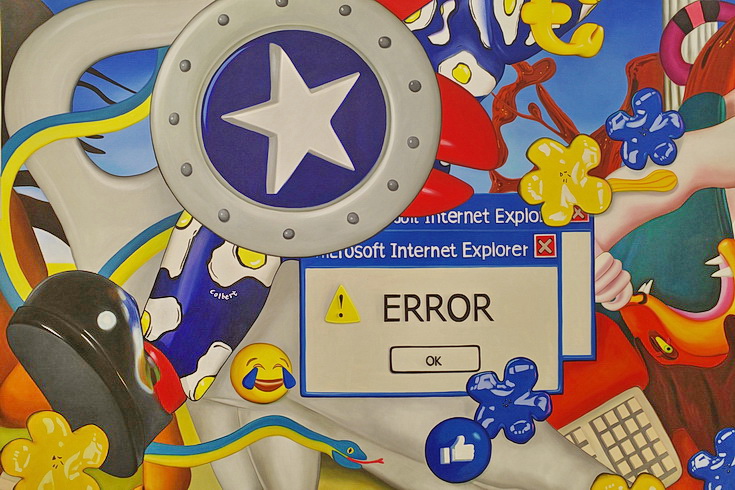 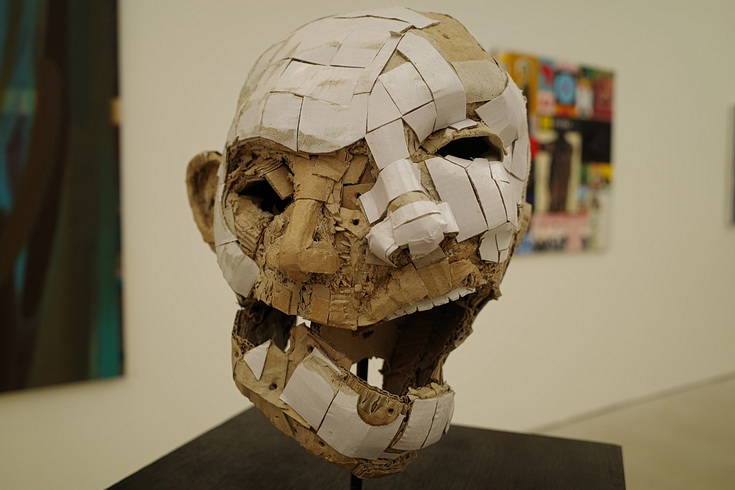 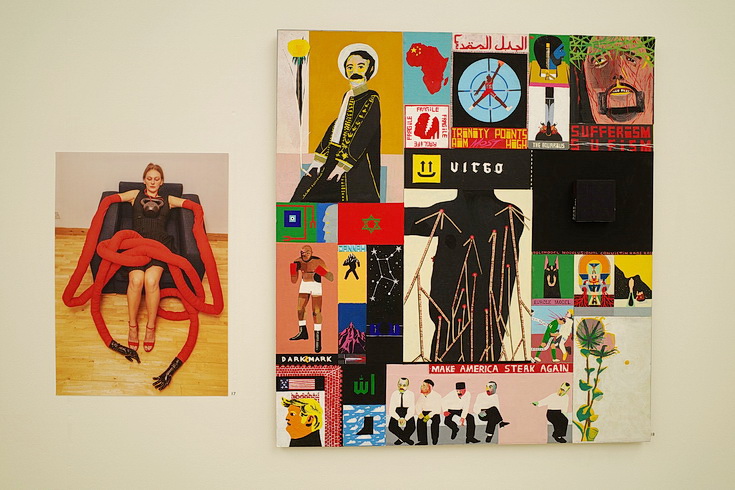 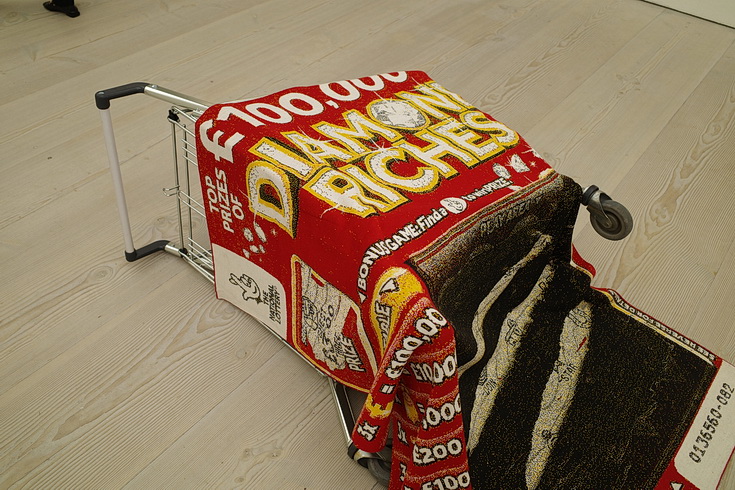 Weird pic of the day: The Queen and Prince Philip as giant plant pots

Give Way: deconstructed road signs by Dan Rawlings at the StolenSpace Gallery, Shoreditch