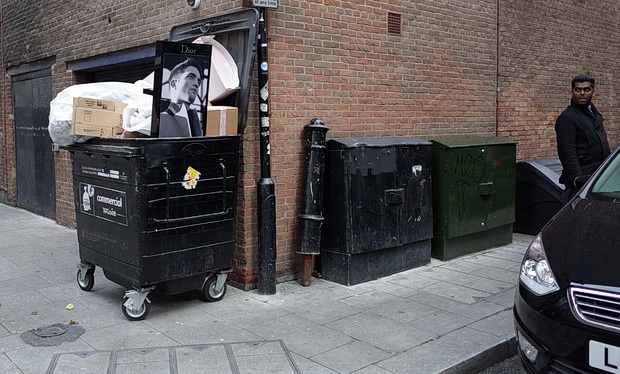 I liked this scene in Ramillies Street, London W1, showing a shop display of a lantern jawed male model unceremoniously dumped in a bin. 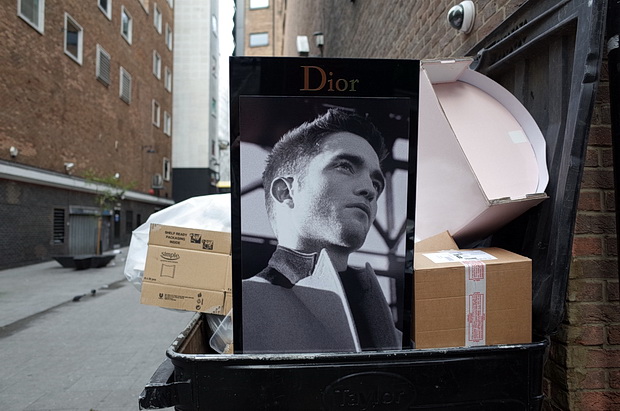 The new (and not as good) Photographer’s Gallery is also on Ramillies Street, which leads from Great Marlborough Street up to Oxford Street.

The northernmost part of this short road connects to Oxford Street via a flight of narrow stairs, with the adjacent area being a well-established makeshift toilet. Hold your nose as you go past as it’s usually extra-whiffy! 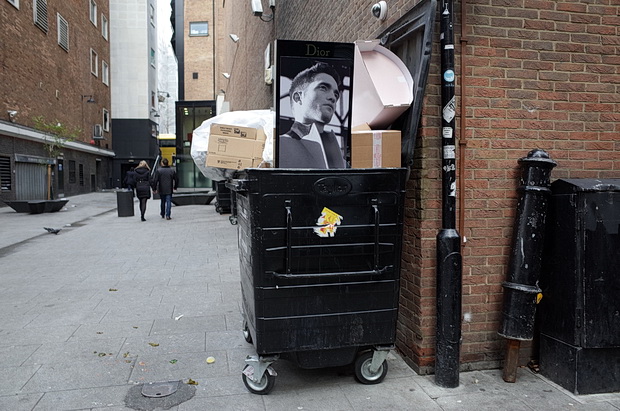 Here’s a bit of history about Ramillies Street, courtesy of British History Online.

The level of Ramillies Place and Street is a few feet lower than that of Oxford Street, to which direct access on foot is obtained by short flights of steps. This difference is probably partly natural, but may have been emphasized by the use of this part of Millfield for digging brick earth

One Comment on “Photo of the day: Dior model in a dumpster, London”