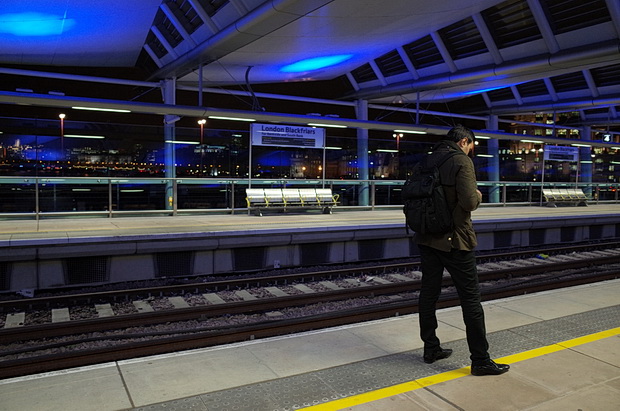 Now spanning the width of the Thames with station entrances on both the north and south sides of the river, London Blackfriars railway station has recently been fitted out with thousands of photovoltiac solar panels, making it the largest of only two solar bridges in the world. 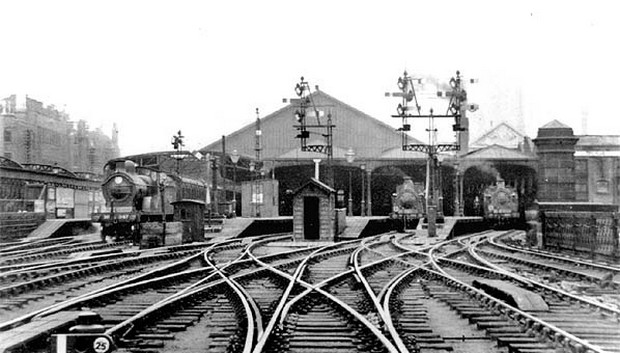 [Steam locos at Blackfriars station in the early 20th Century]

Significantly renovated between 2009 and 2012, Blackfriars station first was opened by the London Chatham and Dover Railway company in 1886.

Originally called St. Paul’s, the station (and the bridge) was renamed Blackfriars in 1937, and in 2012 became the first station to span the Thames with the opening of a new station entrance at Bankside on the south bank of the river. 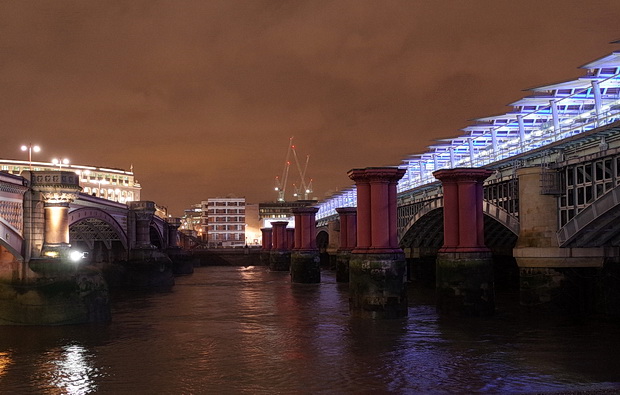 The columns of an earlier 1864 bridge built by Joseph Cubitt can still be seen running alongside the current structure.  The bridge became too weak to support modern trains, and the decking was removed in 1985. 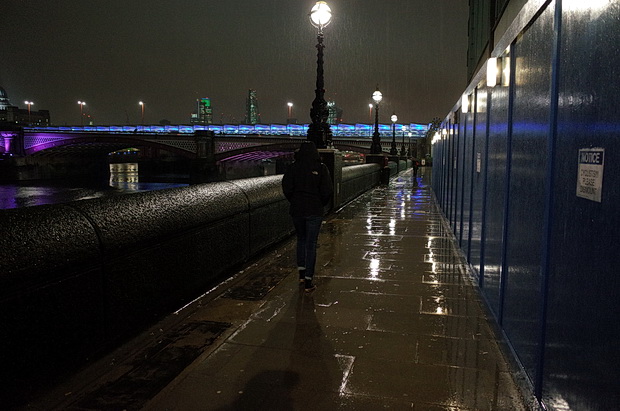 Walking along the South Bank towards the new Bankside station entrance. 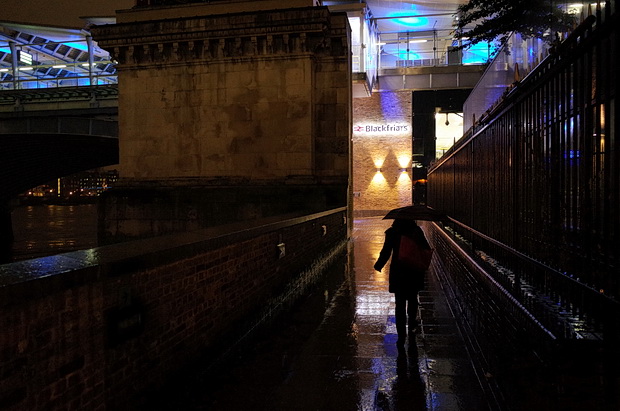 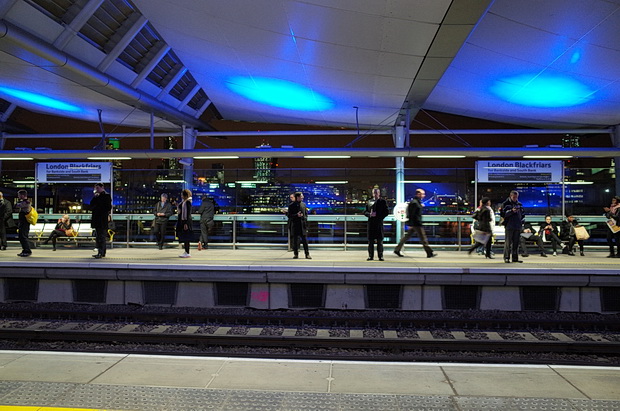 The redevelopment of the station forms part of the Thameslink Programme, and the project was designed by Jacobs and Tony Gee & Partners and built by Balfour Beatty. 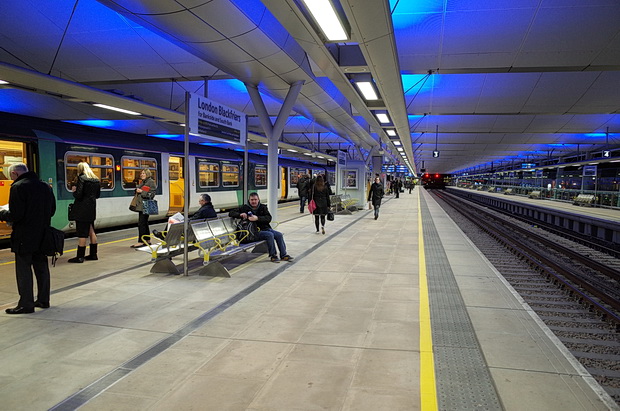 The new station roof is equipped with a £7.3m solar array  (funded by the Department of Transport’s Safety and Environment Fund) and can generate 600m2 of PV cells that produce over 1.1MW of energy.

The bridge is also fitted with sun pipes for natural lighting and systems to collect rain water. 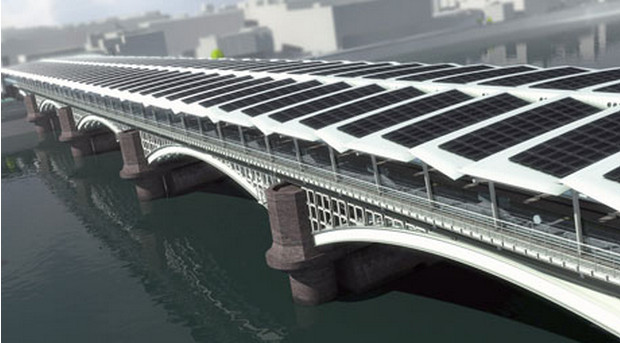 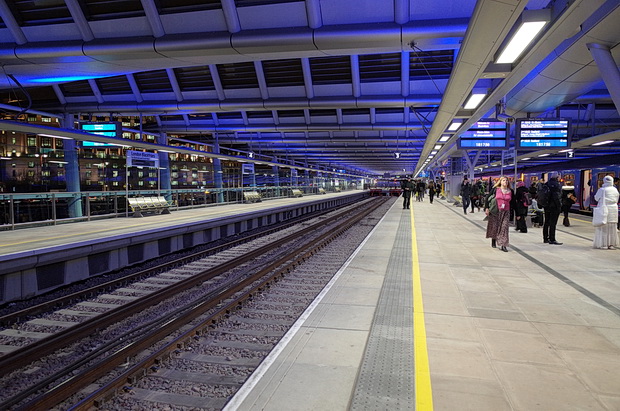 The station looks very futuristic with its clean lines and blue glow. 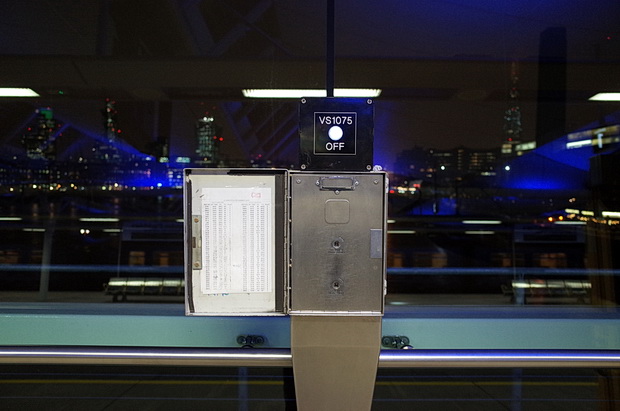 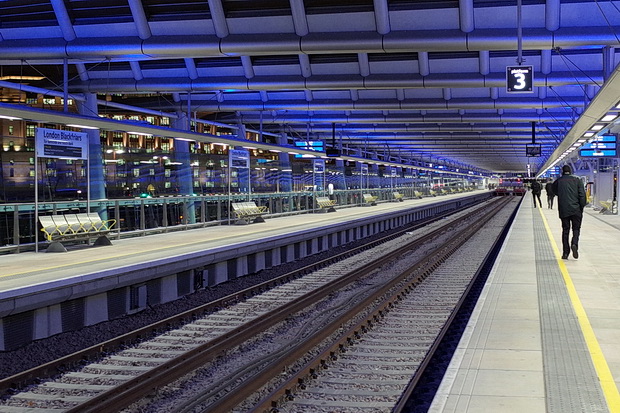 Timelapse video of the station under construction: 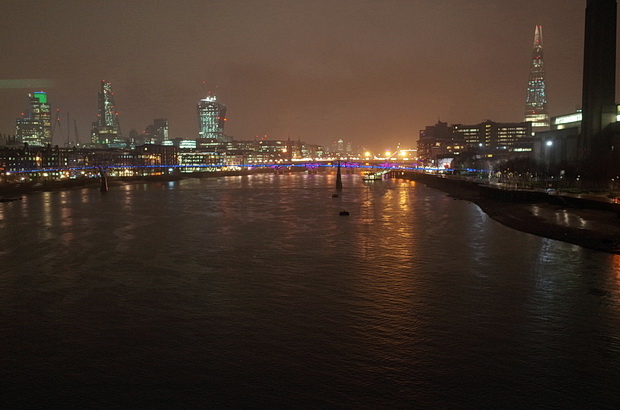 View from the station platforms, with The Shard visible to the right. 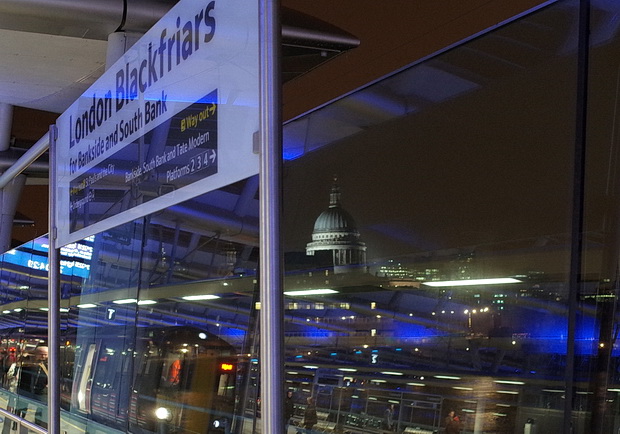 St Paul’s can be seen from the southbound platform. 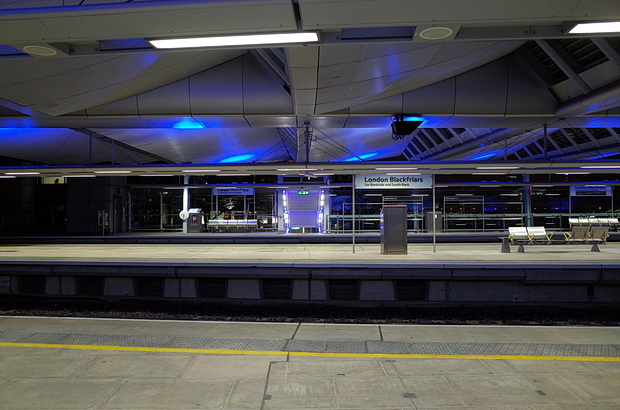 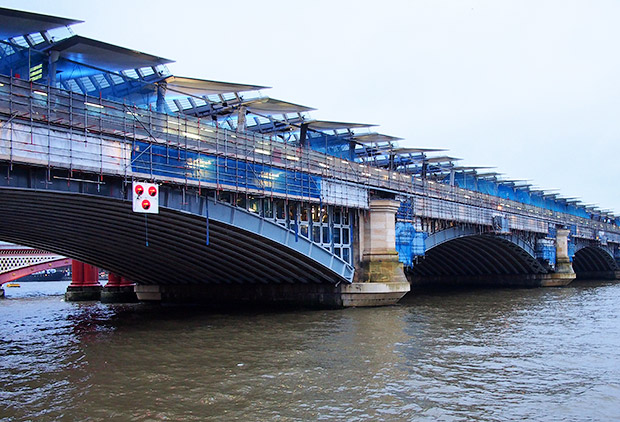 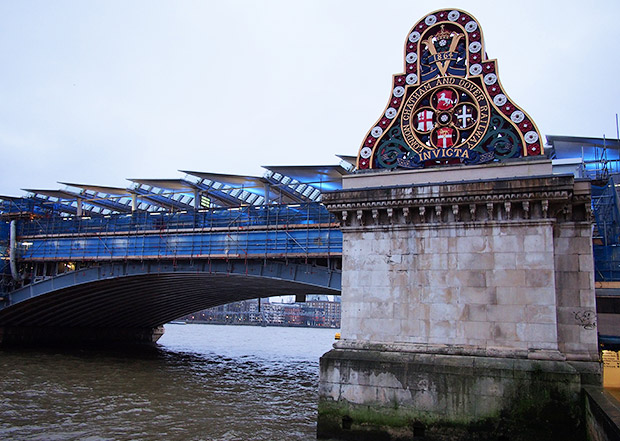 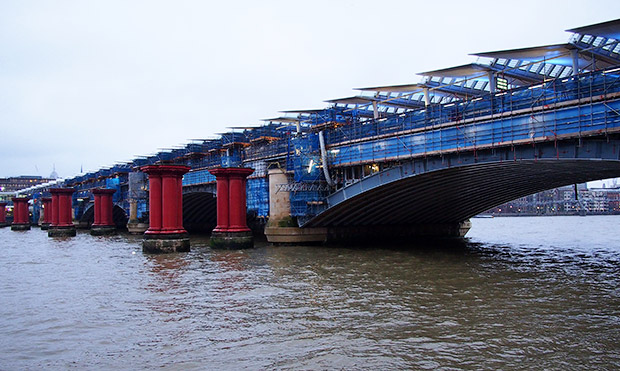 Discuss this on the urban75 forums: Rebuilding of Blackfriars Thameslink station.

The amazing upside down house of Blackfriars Road, London