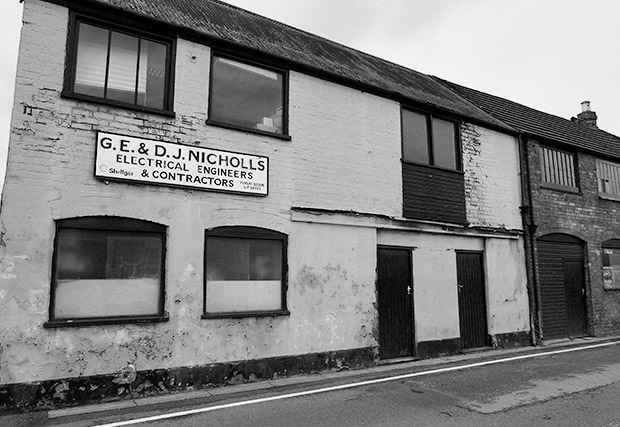 Last Sunday we paid a visit to Ross-on-Wye, a small market town (pop: 10,089) in south eastern Herefordshire, England, situated on the River Wye, on the northern edge of the Forest of Dean. 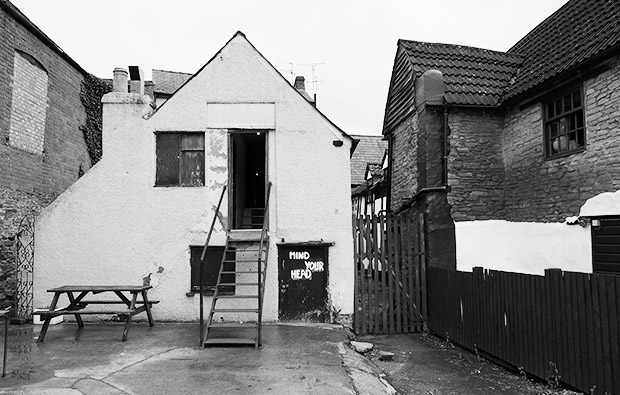 A bit of history

Apparently the birthplace of the British tourist industry, Ross-on-Wye was put on the map after the rector, Dr John Egerton, took folks on boat trips down the dramatic Wye valley in 1745.

Soon a magnet for fashionable seekers of the “Picturesque“, the valley’s steep sides, castles and abbeys were documented in a 1782 illustrated tour guide by William Gilpin, called “Observations on the River Wye.”

By 1808 a tourist stampede saw eight boats making regular excursions down the Wye, and by 1850 the Victorian equivalents of bloggers had published over 20 accounts of their Wye Tours. 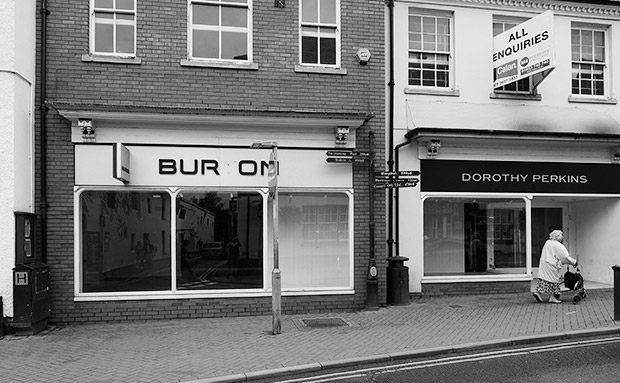 In my mind, I was expecting a quaint, bustling market town, full of interesting nooks and crannies, but their main shopping street  had suffered the same fate of many others in the UK, with a depressing array of closed down stores and pubs.

Here’s some photos taken from my speedy strut around town. 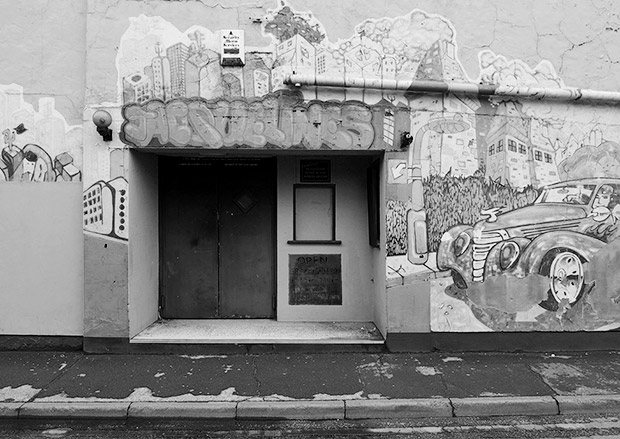 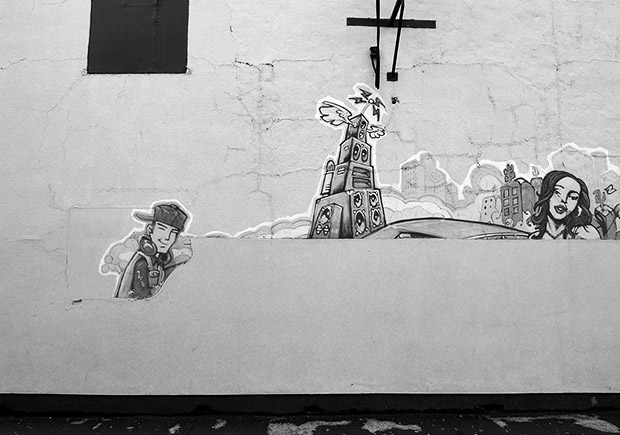 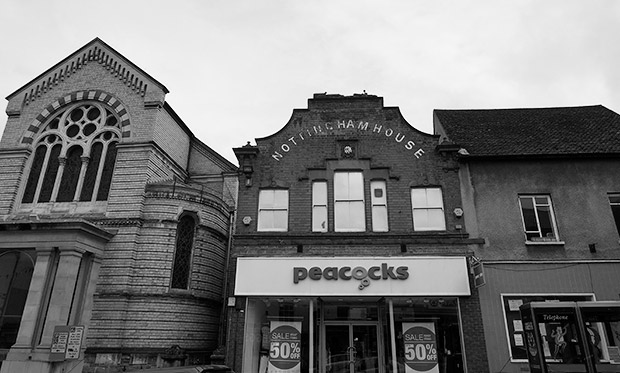 Nottingham House on Broad Street, currently a Peacocks store, next to the Baptist Chapel (built 1819, rebuilt by Thomas Blake in 1881).

Nearby was the Roxy Cinema which closed in 1985 after the site was bought by Gateway Supermarkets for development. According to Wikipedia, the the closure of the cinema has been “a big issue for over 25 years.” 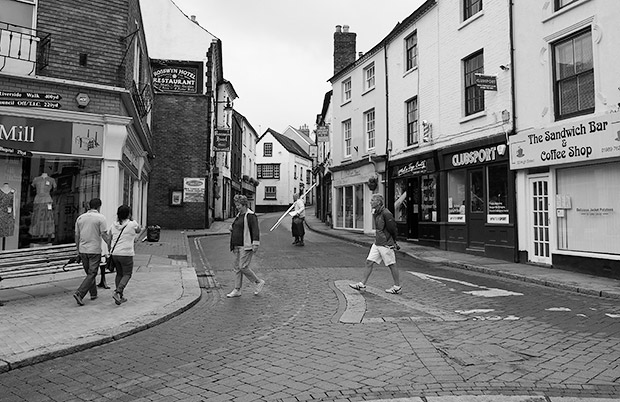 There’s some fine architecture to be found in Ross-on-Wye. 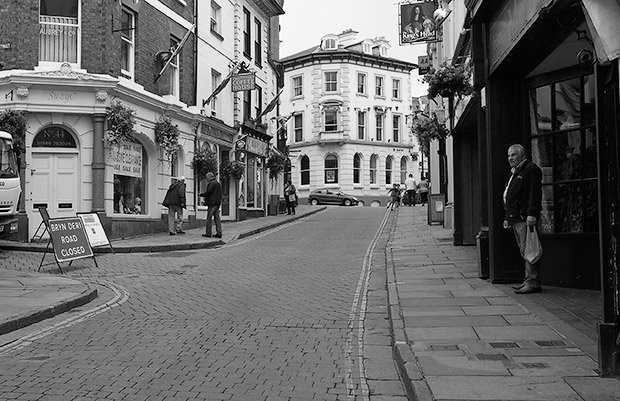 Looking up the High Street. The town’s proximity to Wales is perhaps reflected in the fact that the roadworks sign says, “Bryn Deri.”

I’m not sure what it’s doing in Ross, but Bryn means hill and Deri translates as ‘oak’. 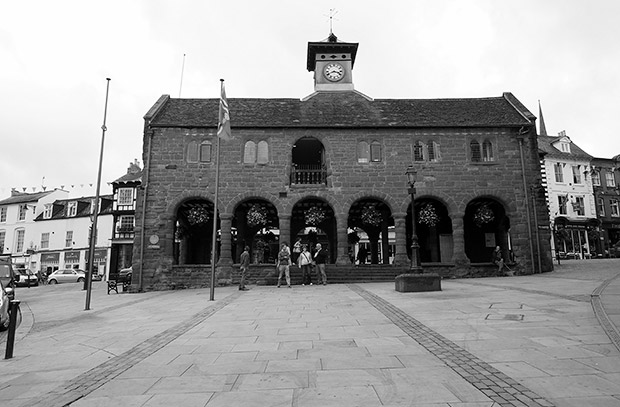 On Thursdays and Saturdays markets are held at the Market House building which dominates the town centre.

Constructed in red sandstone, the imposing structure was built between 1650 and 1654 and replaced the older, probably wooden, Booth Hall. 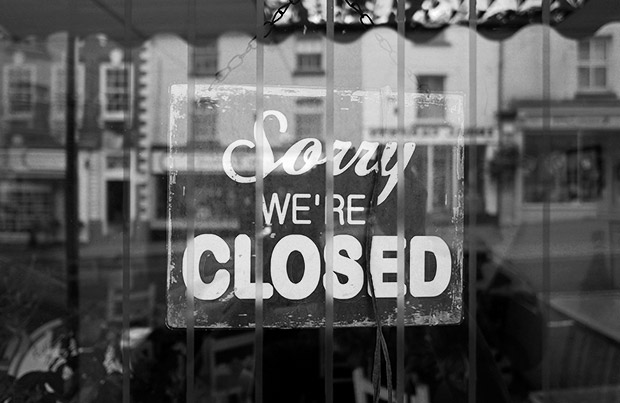 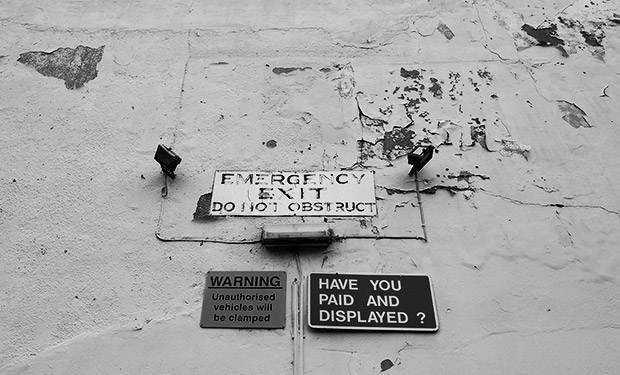 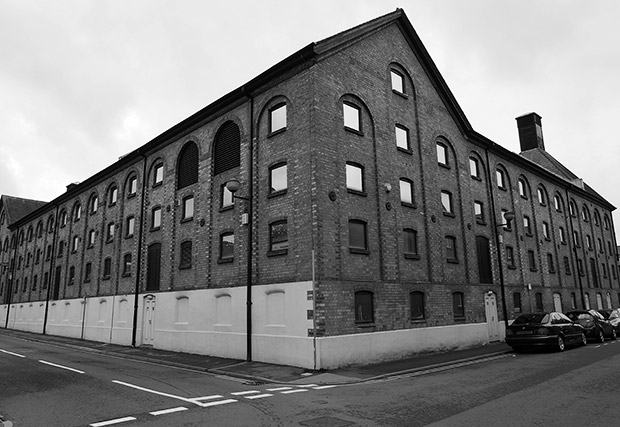 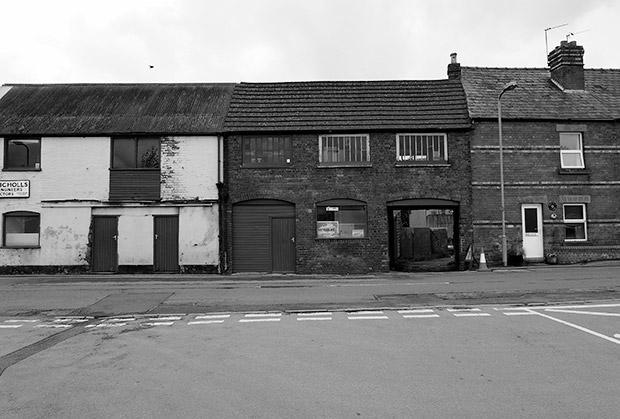 Buildings near the site of the the old railway station. 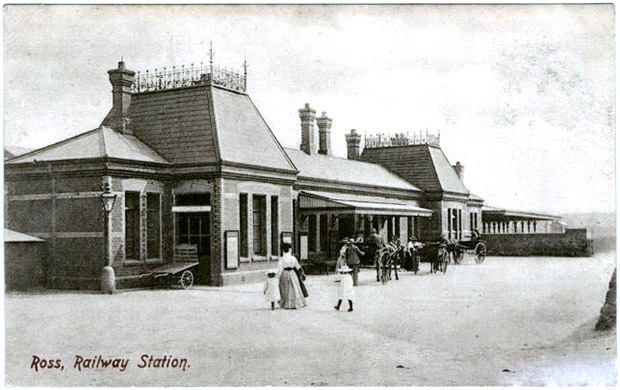 Ross-on-Wye once hosted a handsome railway station (built in 1890) that connected the town with Hereford, Monmouth and Gloucester.

All passenger lines to Ross on Wye were closed in 1964. The station buildings were destroyed in 1977 and the site turned into an industrial estate.

Happily, you can still get an idea of what the station must have looked like, as the modern station building at Kidderminster Town on the Severn Valley Railway station was based on the design for Ross-on-Wye. 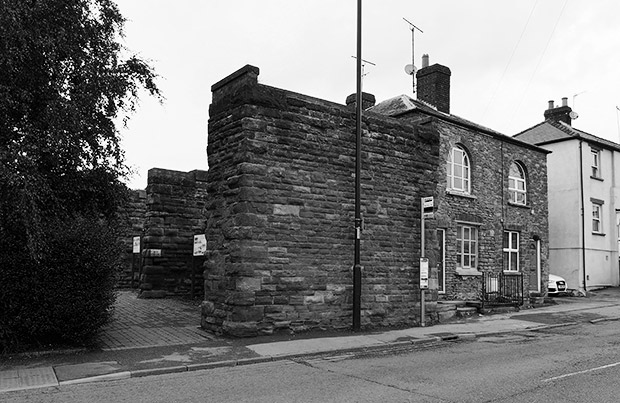 A few remnants of the line remain as if to tease the residents of what they’ve lost. Above can be seen some bridge piers, now bereft of track. 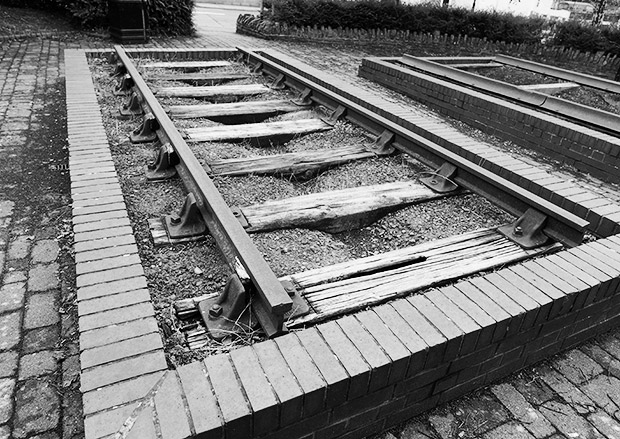 A small section of railway line still exists in the shape of this short stretch next to the old bridge. To the right can be seen an equally small stretch of broad gauge track. 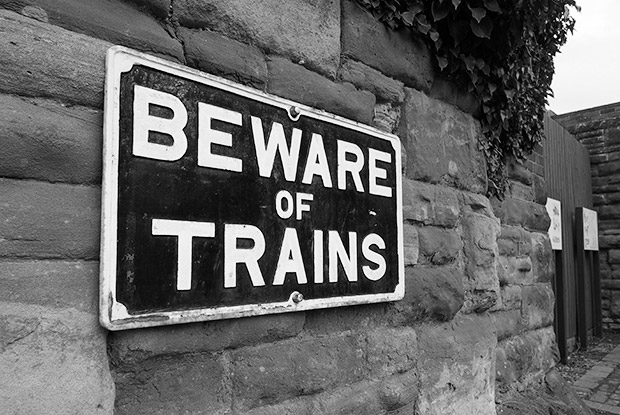 Some nearby information boards display the history of the long-abandoned line.

I suspect that Ross-on-Wye’s prosperity continues to be hit hard by the line’s closure. 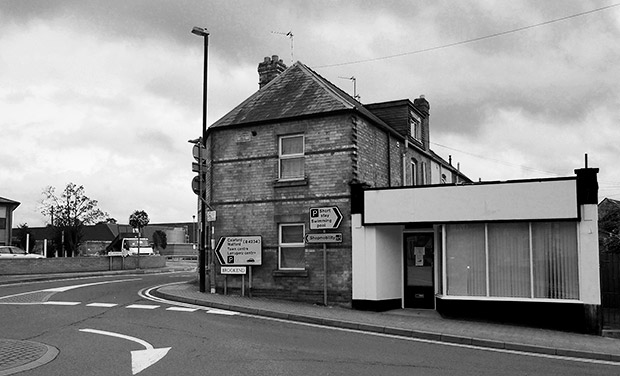 By the site of the old station. 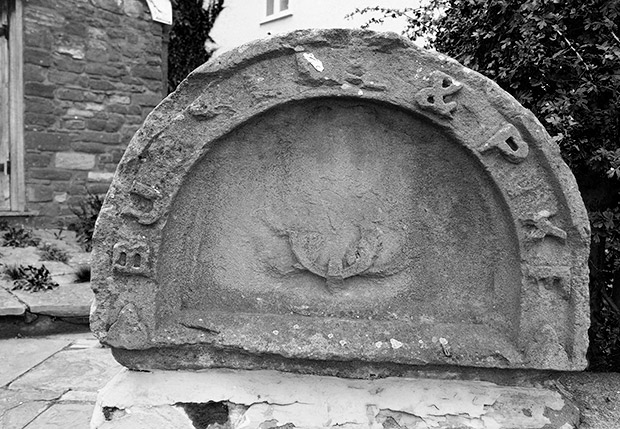 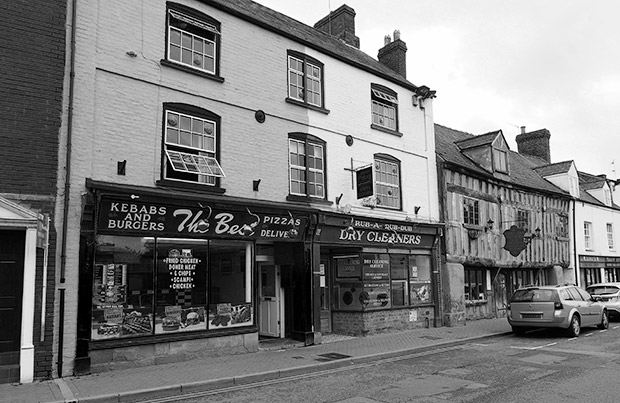 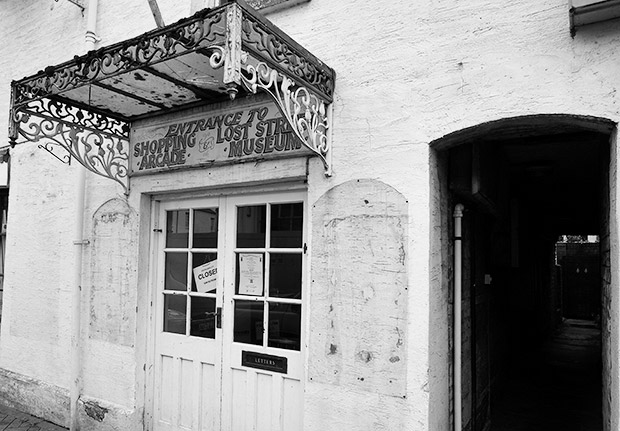 The intriguing sounding  Lost Street Museum in Brookend Street was closed when I passed by, and has been since 1997 according to this site. 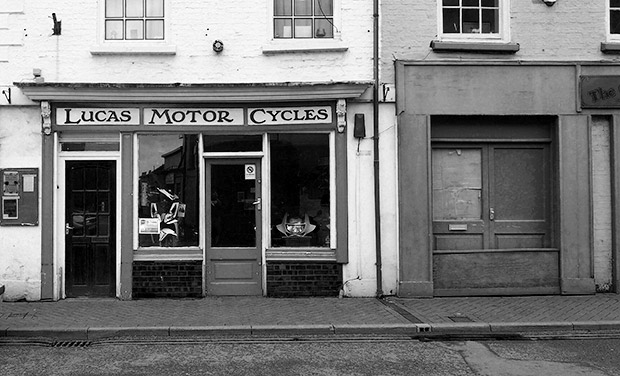 The rather splendid shop front of Lucas Motor Cycles, which opened in 1945. 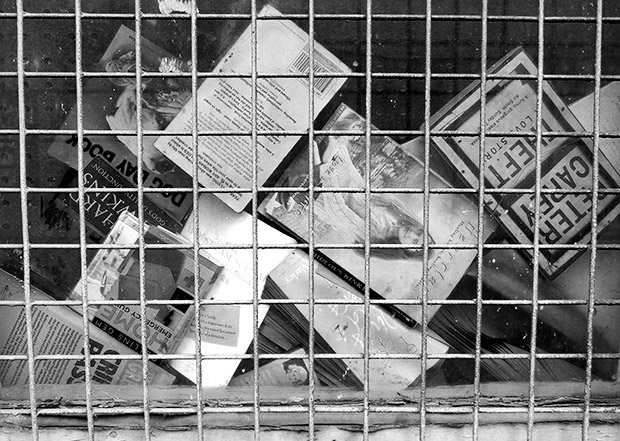 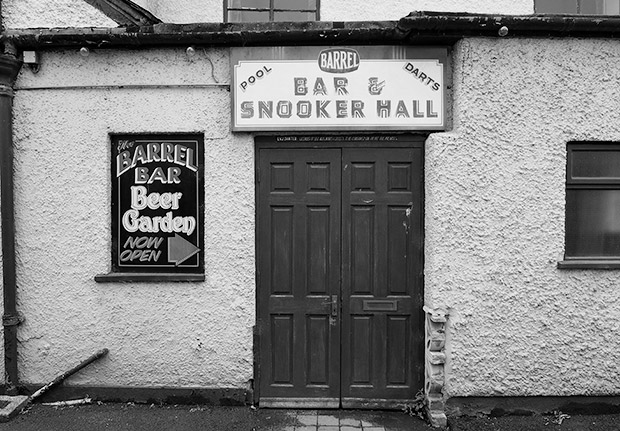 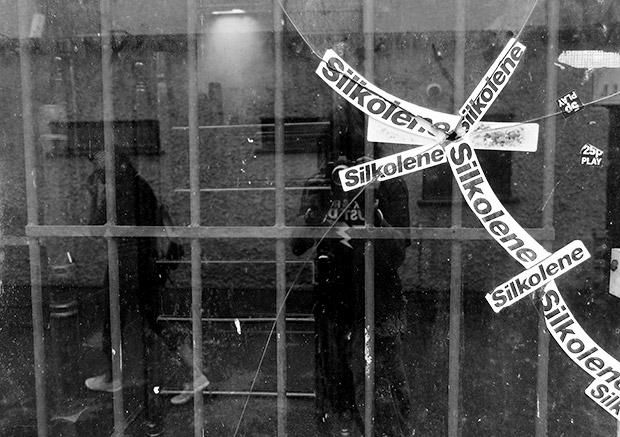 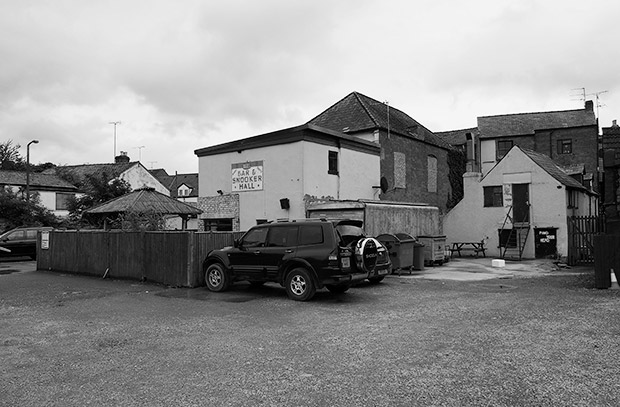 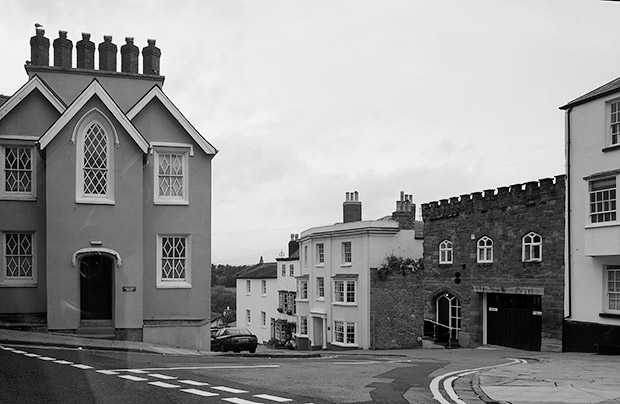 As we left town, we glimpsed these rather lovely houses.

6 Comments on “Photos of the market town of Ross on Wye, Herefordshire, England”