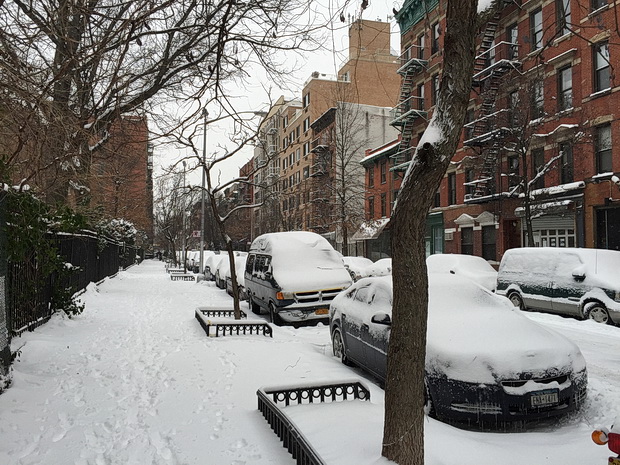 The predicted Biblical winter storms never arrived, but a deathly hush descended over New York today as the streets lay empty under a covering of snow. 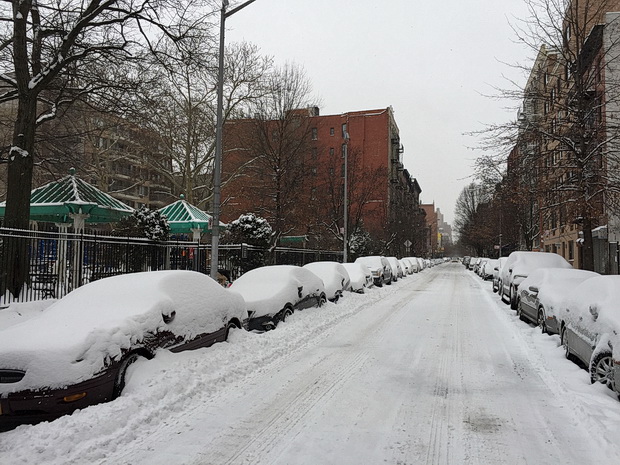 [This photo and above: 12th and Avenue B looking west to Avenue A]

Such was the build up to Winter Storm Juno that a transport ban was implemented and residents advised to stay inside – but the expected city-stopping covering of snow never appeared.

Our resident NYC snapper was out on the streets and sent us these photos taken around the Lower East Side and uptown around Radio City. 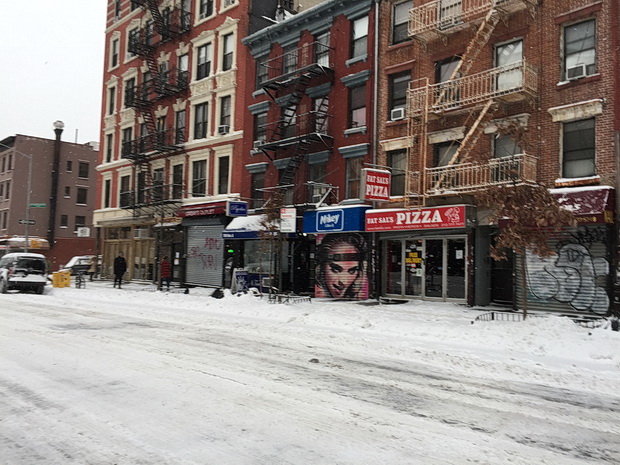 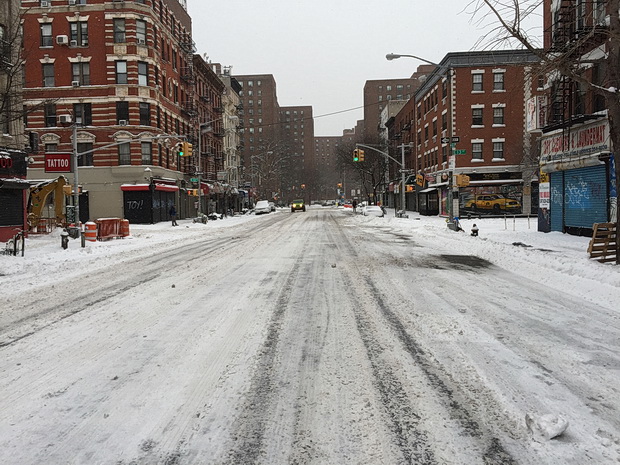 The bastard in the green jeep (heading towards the camera) went through a red light and almost ran me over. What part of the streets are closed to traffic did he not understand? Frat boy douche. 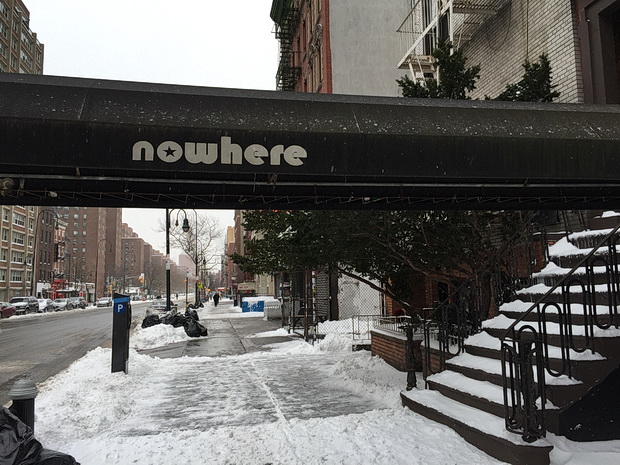 Nowhere, an LGBT bar on 14th street near Second Avenue 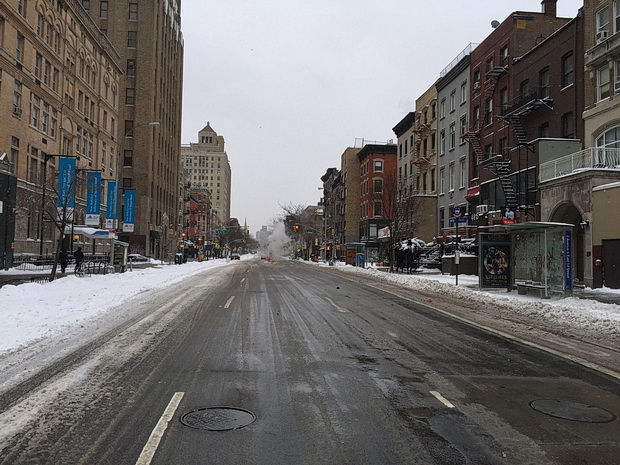 Second Avenue and 14th looking south. No matter the weather there is always steam pumping out from somewhere. 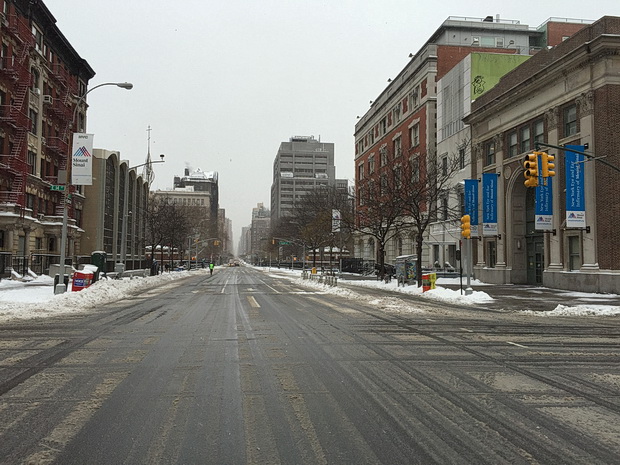 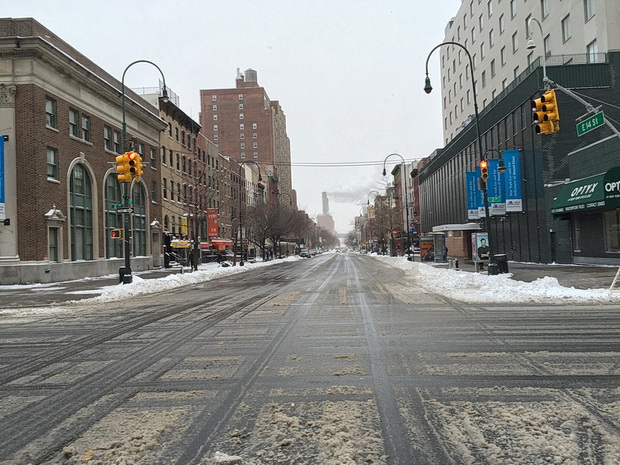 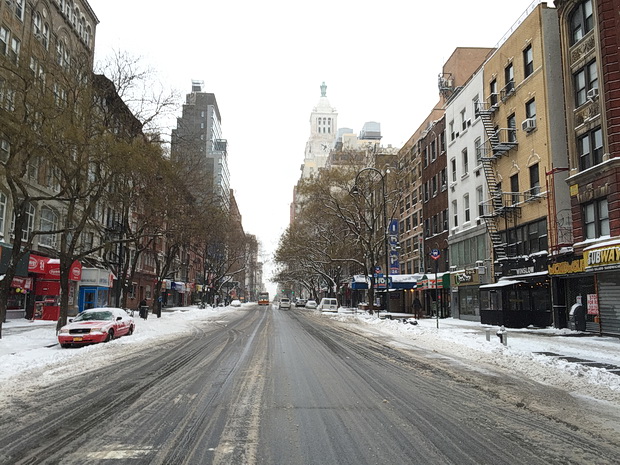 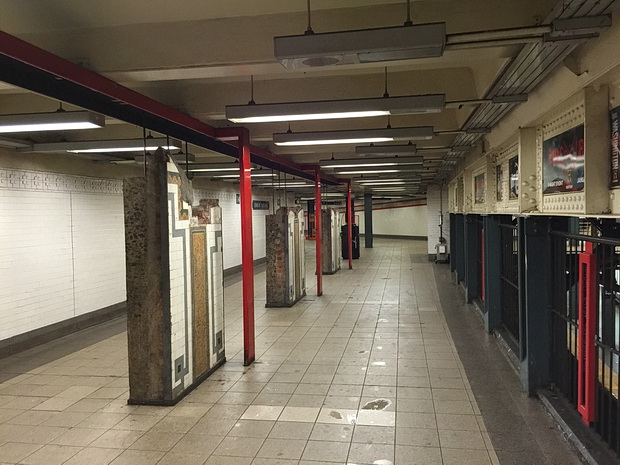 Union Square empty on a rush hour. Creepy. Reminds me of the Warriors which they filmed in here. 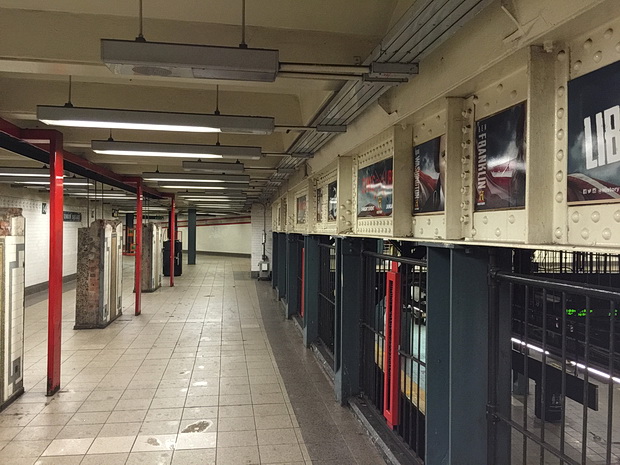 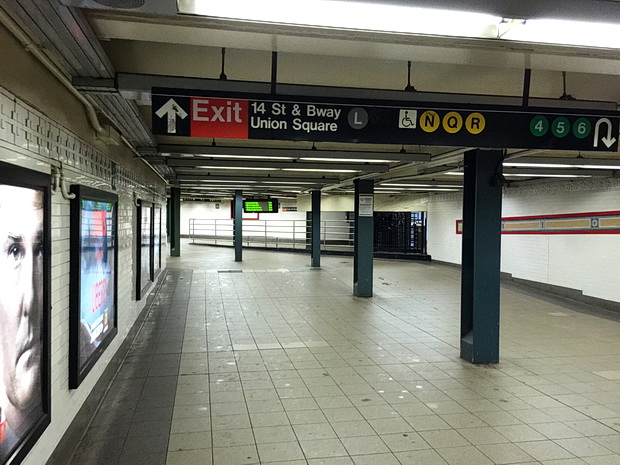 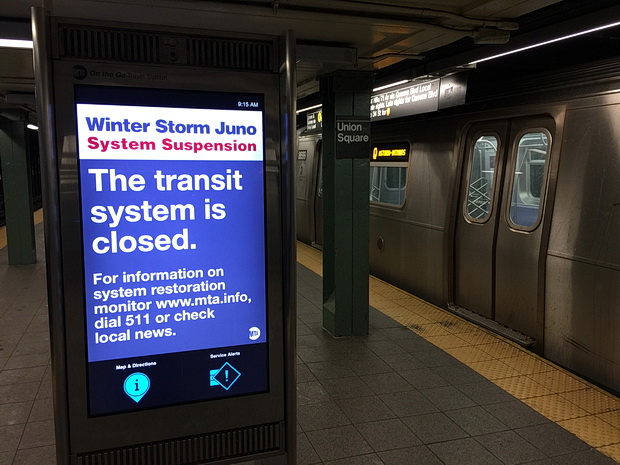 Closed but the turned the system in just for me. 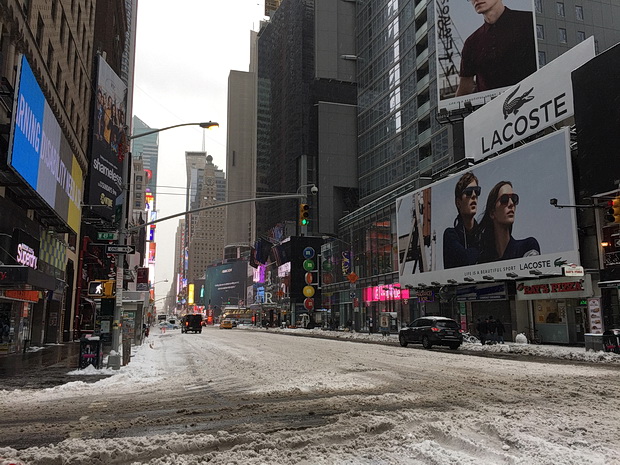 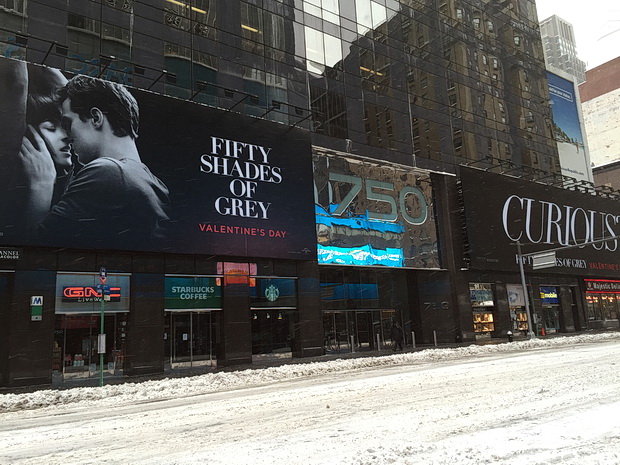 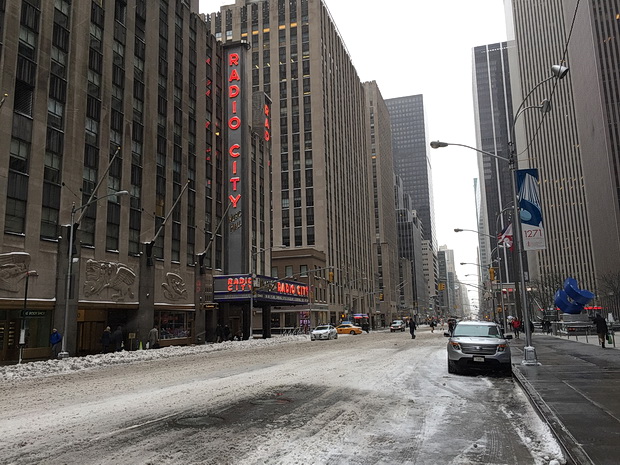 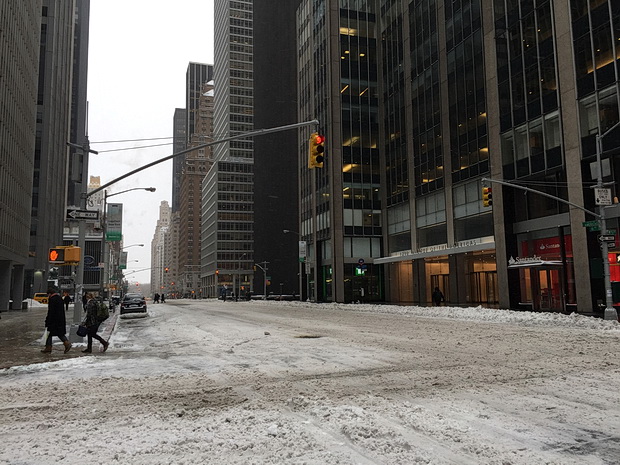 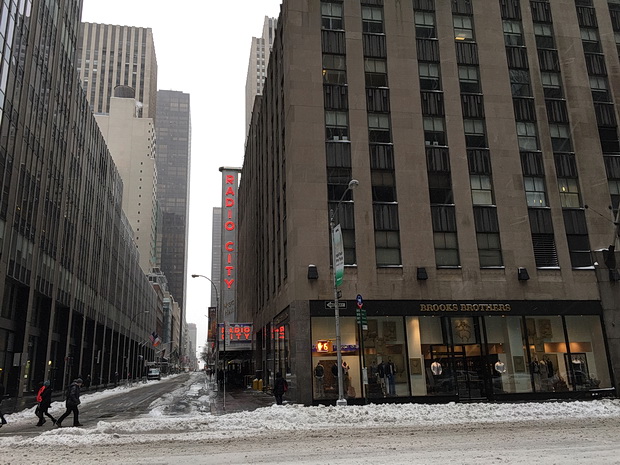 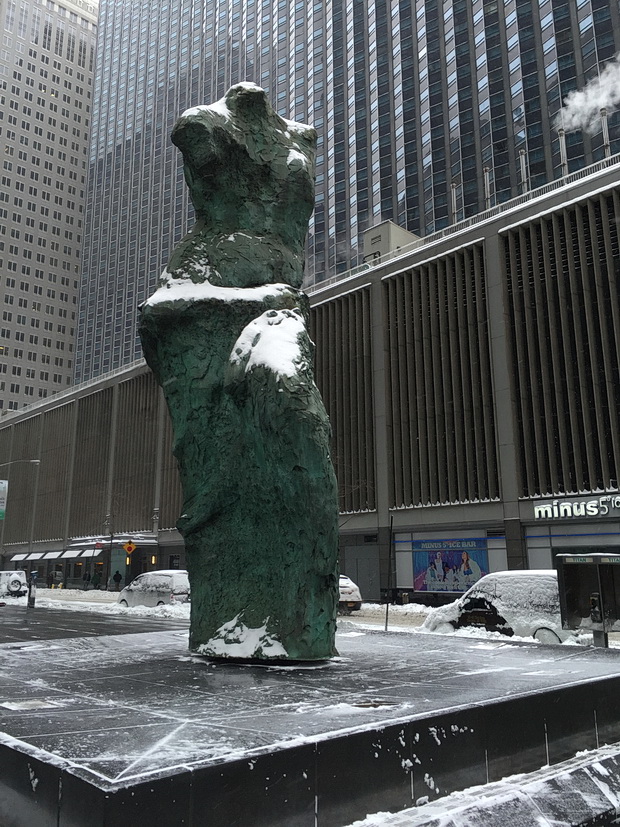 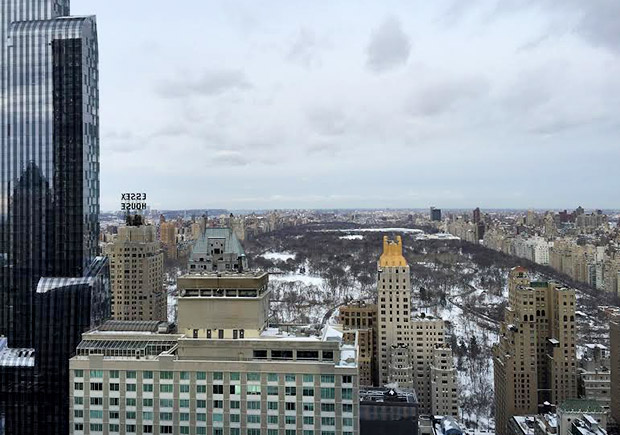