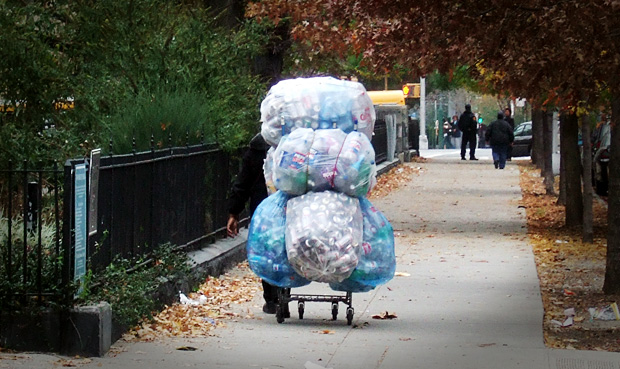 I spotted this guy trundling a well stocked trolley around Harlem, New York a few years back. 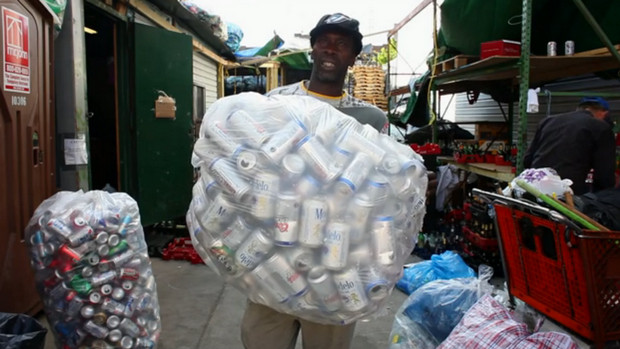 [Worker at Sure We Can, Brooklyn]

Folks who collect the cans are known as “canners” and they earn a small amount from the nickel (five cents) that is redeemed on each returned can or bottle.

US-based website Narratively ran an interesting feature on these ‘benign scavengers,’ noting that New York’s canners are mostly non-English-speaking elderly immigrants, with many from a Chinese,  Caribbean, Mexico or Central or South America heritage.

Among the English speakers, almost all are black; virtually none are white. And contrary to what many assume, most canners are not homeless. While a majority collect cans because they need the money, others do it simply out of boredom, as an excuse to get out of the house. 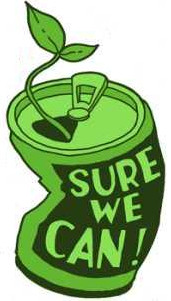 Founded by a small group of concerned New York City residents which included Eugene Gadsden and Ana Martinez de Luco, the Sure We Can initiative has tasked itself with removing the “current hardships that come with canning, both for those who already use it as their means of survival and for those who would like to do so.”

In 2007, the organisation set up New York’s only licensed, homeless-friendly redemption centre in Brooklyn, giving canners a place where they can redeem recyclable cans and bottles in a ‘welcoming and community-building atmosphere’.

The video below tells more about their work: