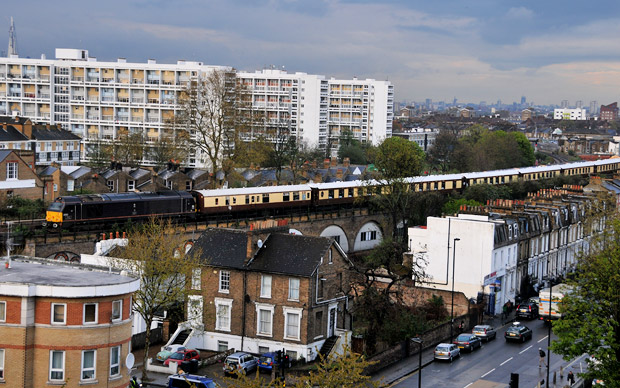 I love seeing these lovely old Pullman trains go by – especially when they’re being hauled by a huffin’ and puffin’ steam locomotive – but this diesel-hauled special has been stuck at signals in Brixton for some time now (it’s 19:05pm).

The delay is apparently down to signalling being taken down by a lightning strike earlier. 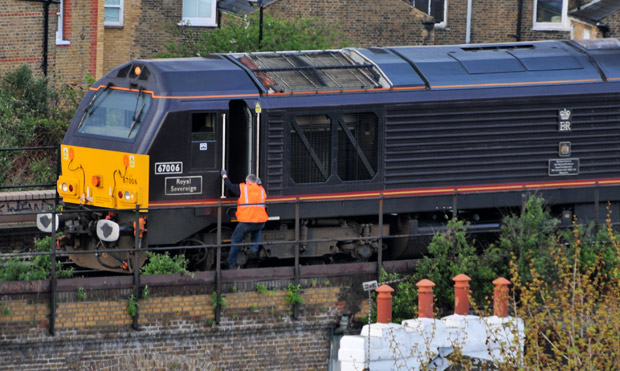 Driver gets out to see wha’g’wan.

The loco looks rather posh too, sporting an ‘ER’ crown and bearing the name ‘Royal Sovereign’ (number 67006). The loco has previously seen service hauling the Royal Train. 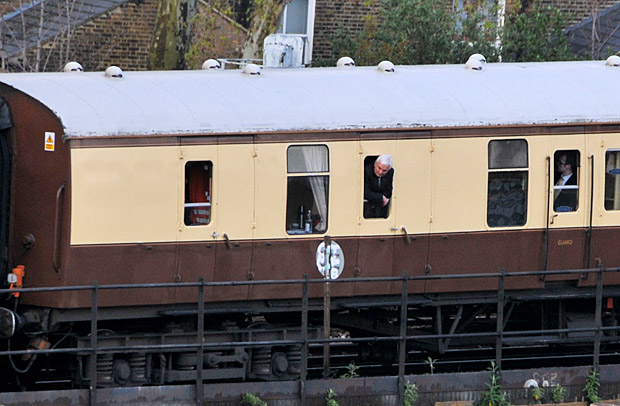 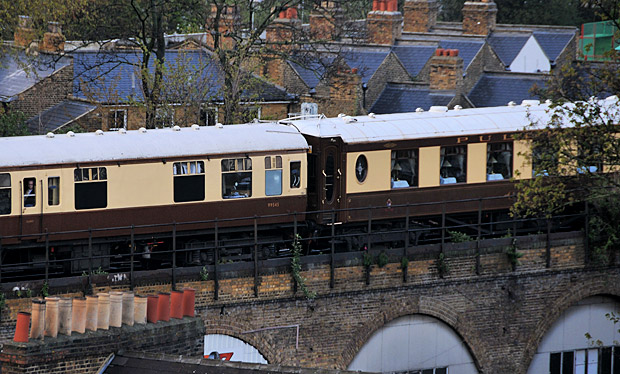 The splendid chocolate and brown colour scheme of the train, which has halted by the site of the old East Brixton station. It’s been stuck here for over 15 minutes already. 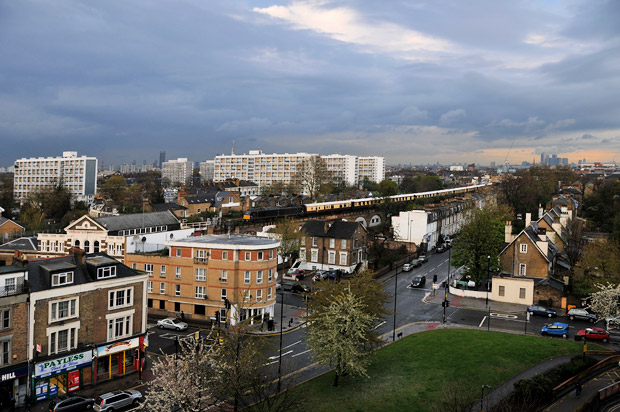 Train in the Brixton landscape. To the far right you can see the towers of Canary Wharf, with Coldharbour Lane in the foreground.

Update: 40 minutes later – and the train is still stuck, with added rain thrown in: 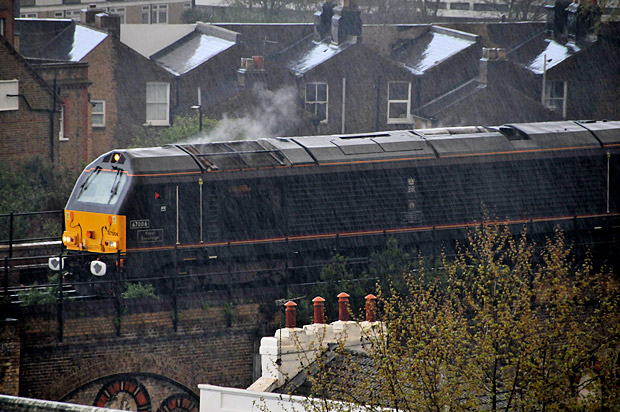 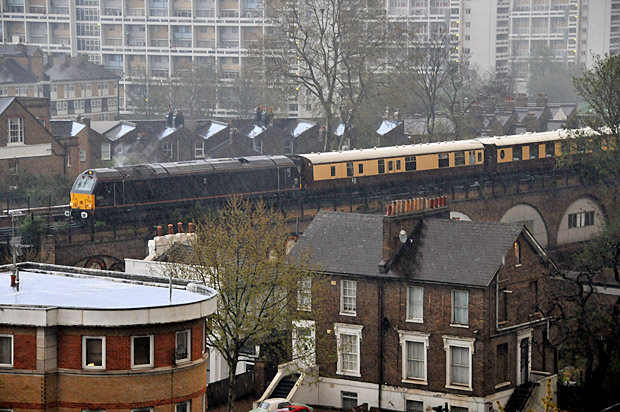