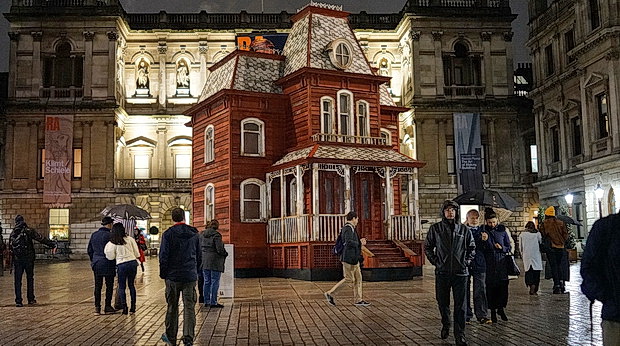 First exhibited on the roof of New York’s Metropolitan Museum of Art in 2016, Cornelia Parker’s Transitional Object (PsychoBarn) makes for a striking centrepiece of the Royal Academy’s courtyard in central London. 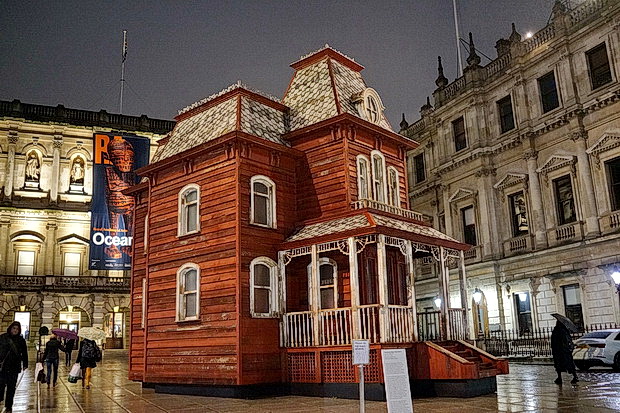 Constructed from found objects and standing some 30 feet tall, the design is based on the Bates family motel seen in Alfred Hitchcock’s film Psycho (1960), which in turn was modelled on a painting by Edward Hopper called House by the Railroad (1925). 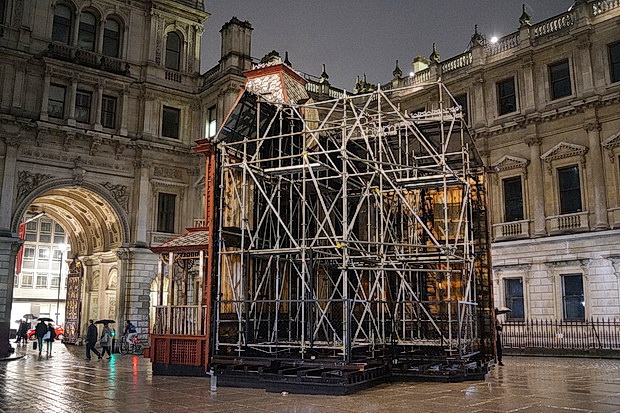 Just like the building in Hitchcock’s stage set, Parker’s house is a scaled-down façade with the supporting structure left open to view from behind.

The effect reminds me of the famous fake houses at 23 and 24 Leinster Gardens, Bayswater, London W2. 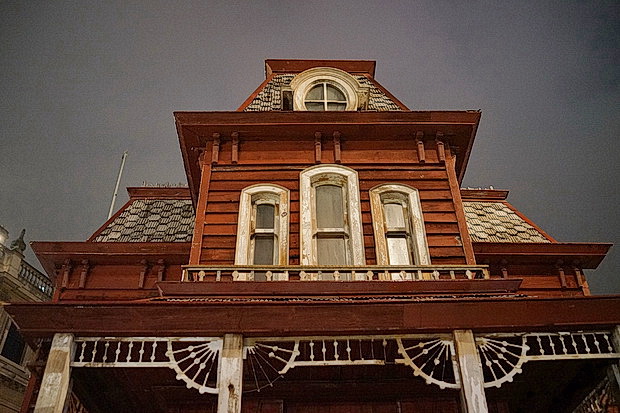 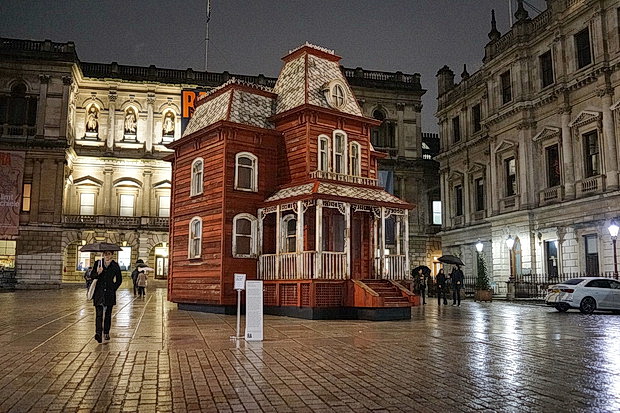 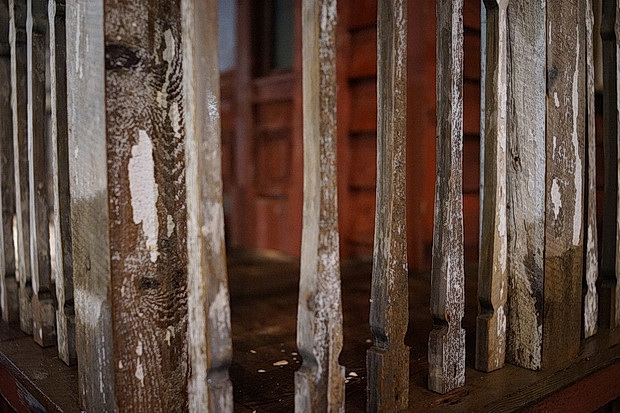 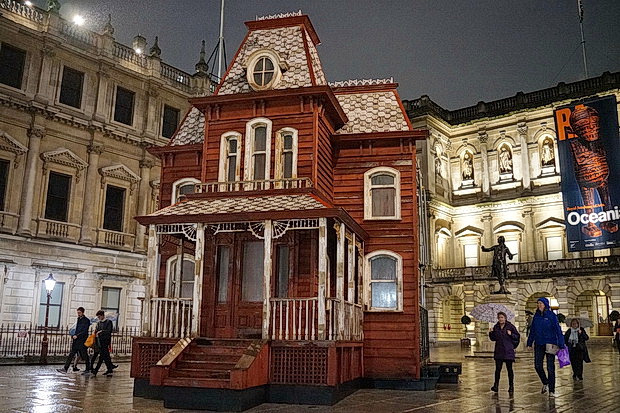 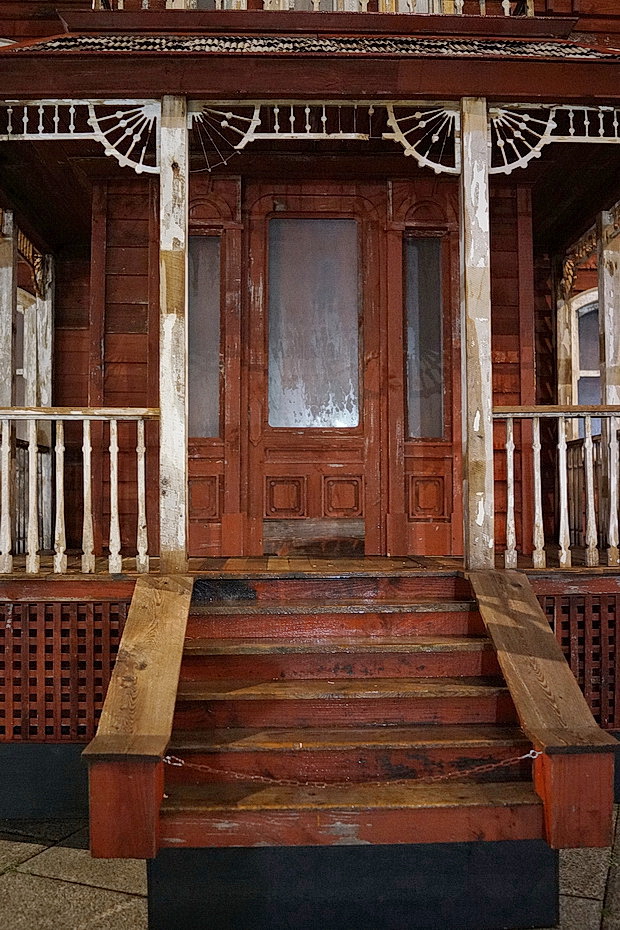 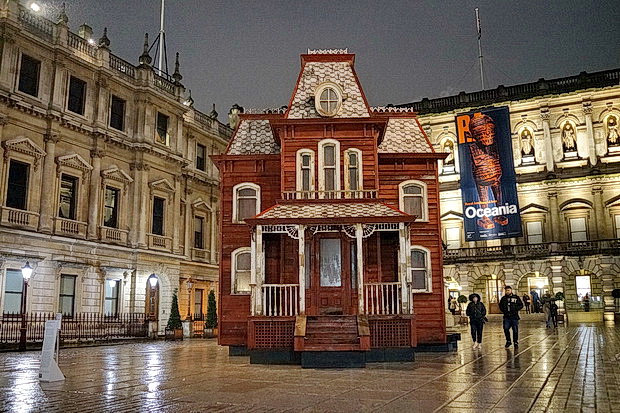 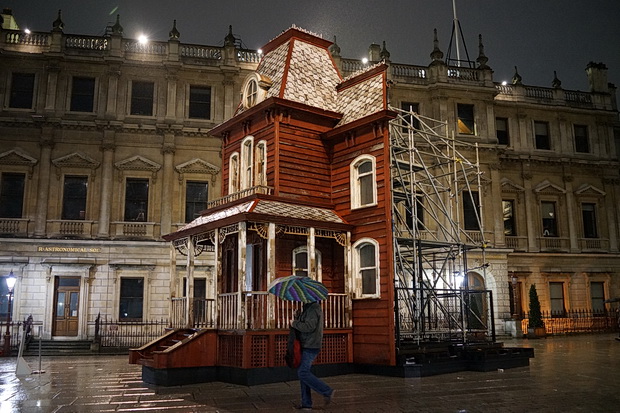 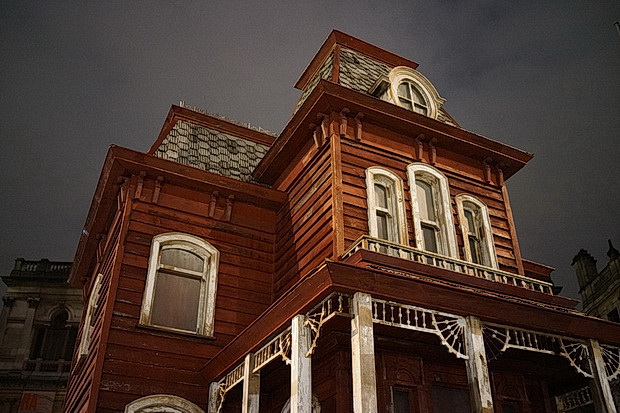 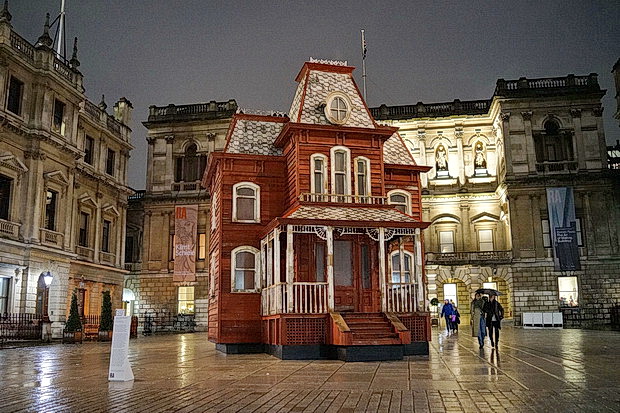