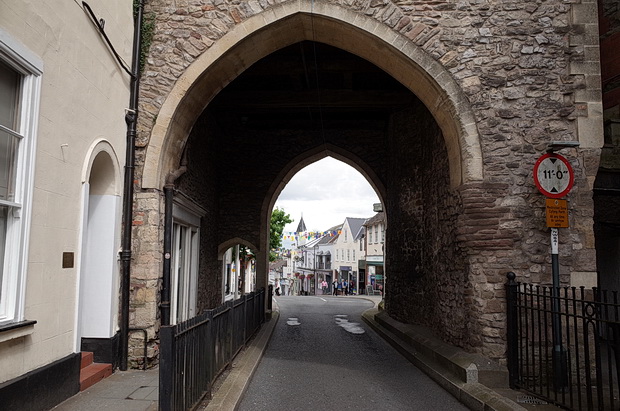 Here’s my second short collection of photos of the small border town of Chepstow in south east Wales, taken as I headed to and from the nearby Green Gathering festival. 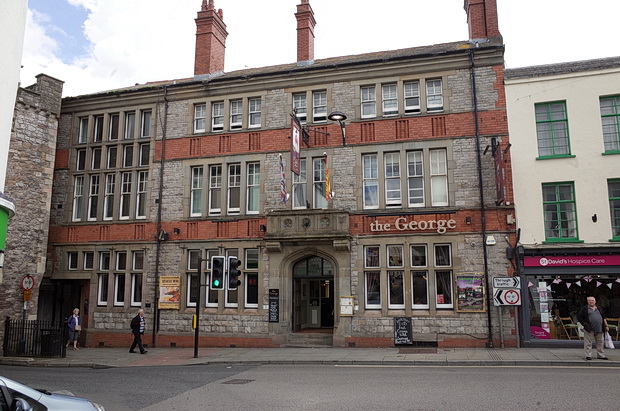 The George Hotel, formerly The George Inn, is located next to the Chepstow Town Gate at the foot of Moor Street, and once served as an important coaching inn.

Although there has been an inn on the site since 1620, the current building dates from 1899. 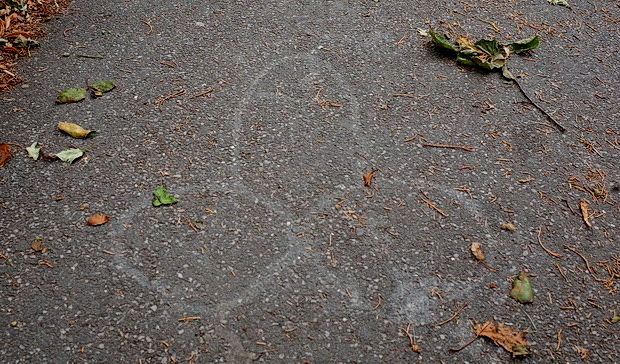 The work of a local artiste was displayed on the pavement. True street art, if you will. 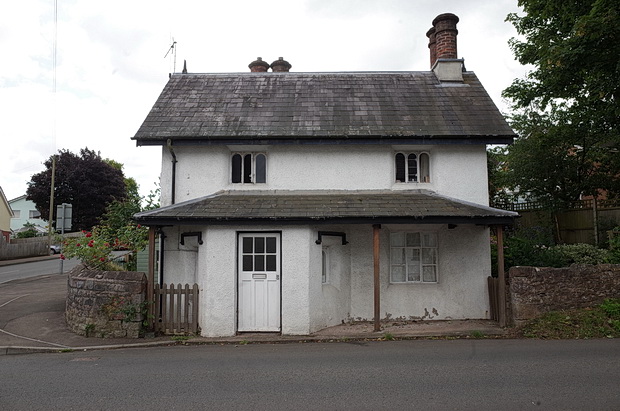 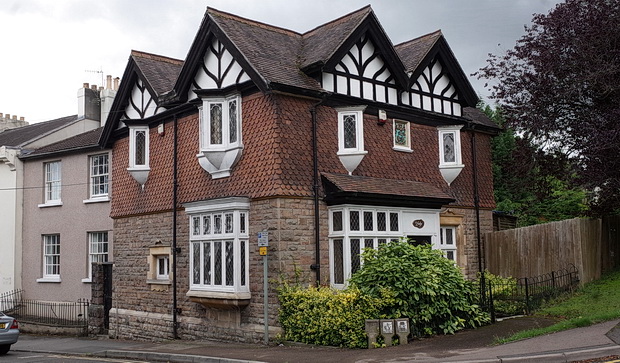 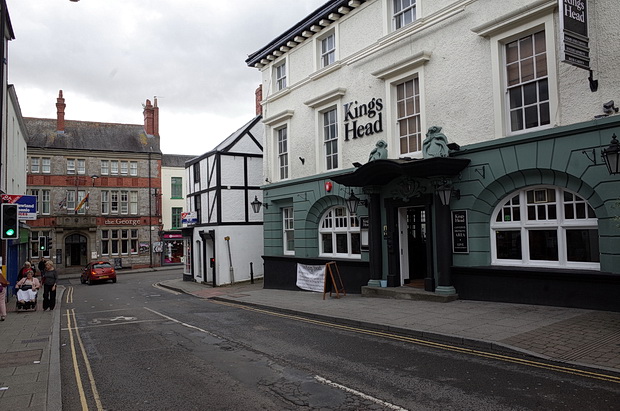 The Kings Head is open late on Friday and Saturday nights. 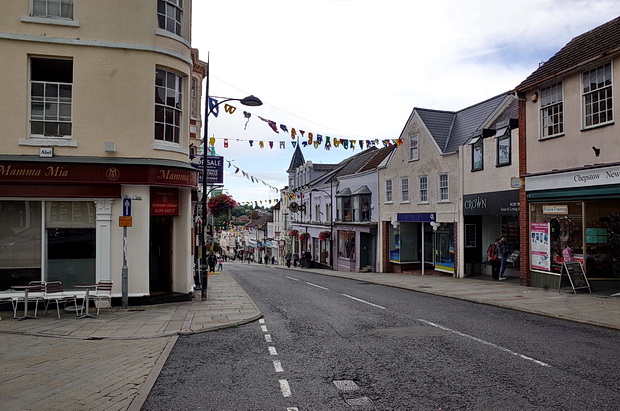 Looking east along the High Street. 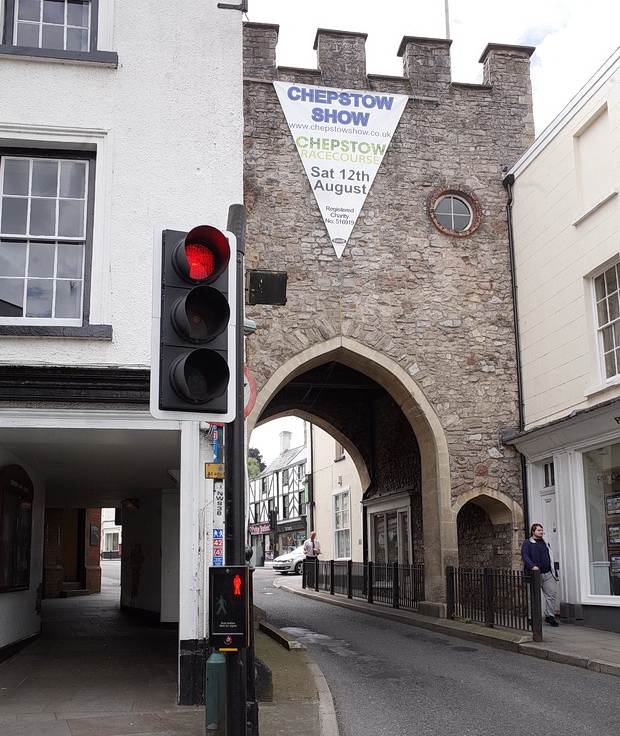 The Town Gate was historically the only landward entrance to the town through the Port Wall, and a point where tolls for those resorting to the town and its market were collected.

Originally built in the late thirteenth century, the current archway mainly dates from the sixteenth century and is a Grade I listed building. 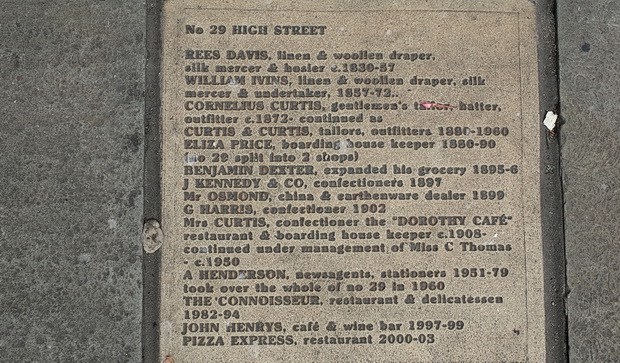 I love these pavement plaques listing the former occupants of businesses along the High Street. 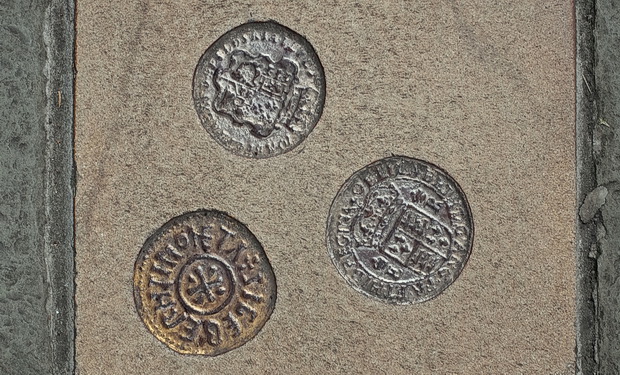 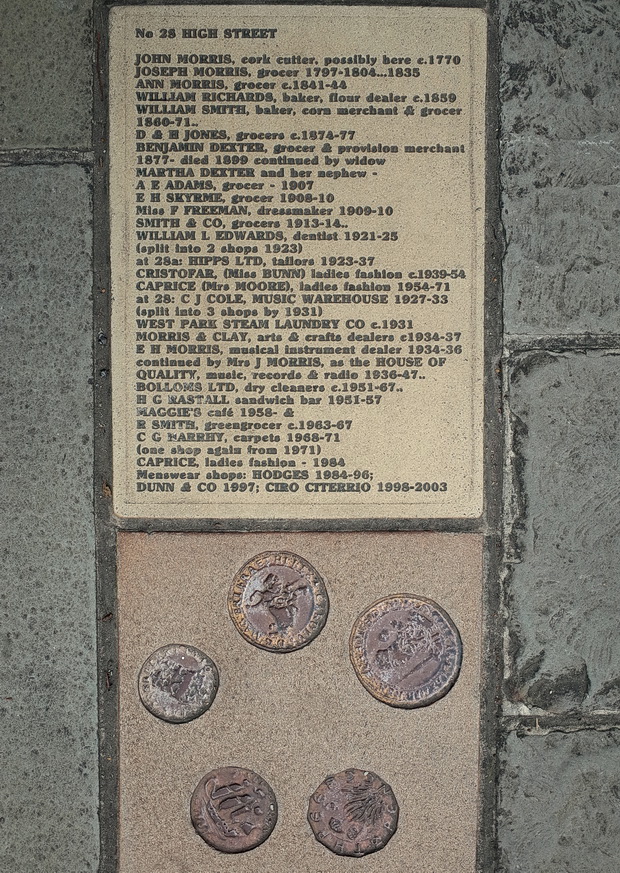 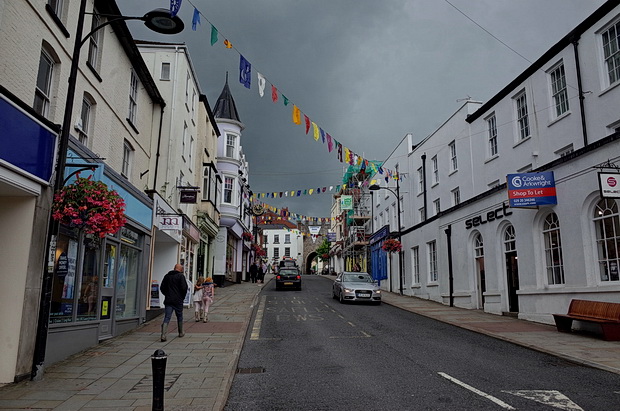 Looking along the High Street to the Town Gate. 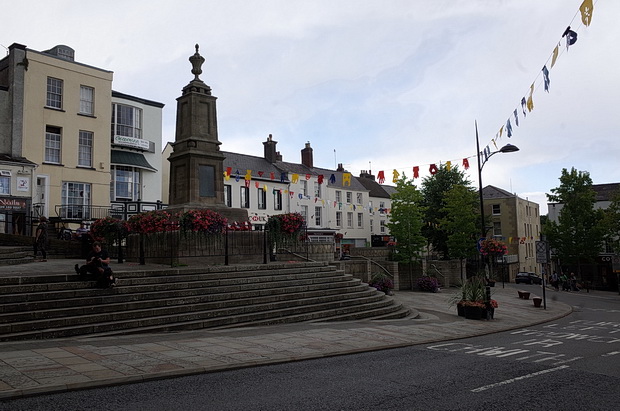 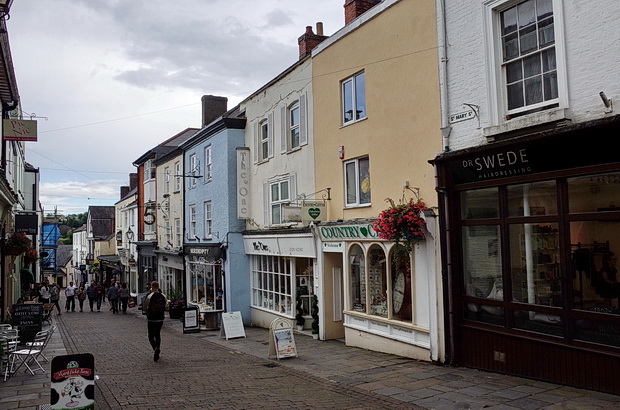 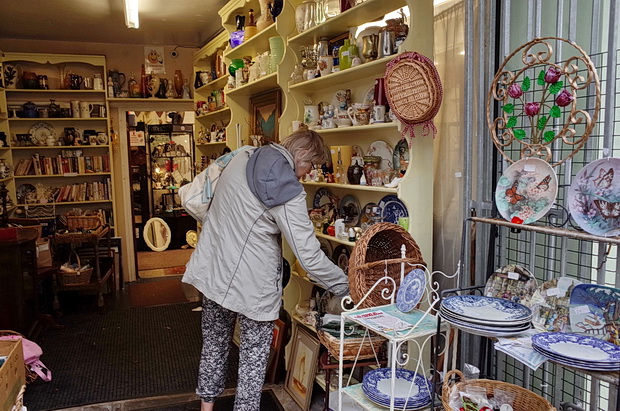 Looking for a bargain. 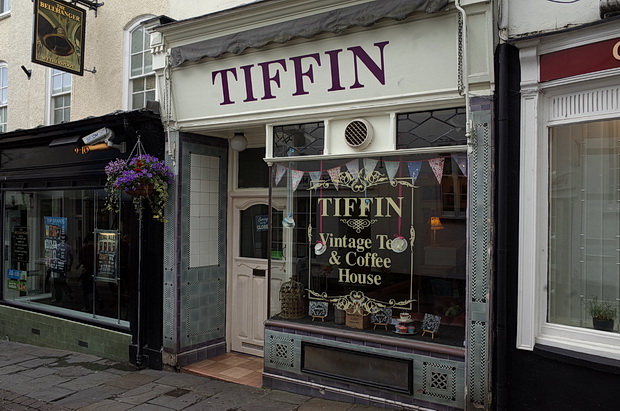 Unfortunately closed when I passed by, the Tiffin Vintage Tea & Coffee House is open from “Monday to Saturday from 10am until we run out of cake.”

I like word tiffin, and its usage has an interesting history:

In the British Raj, where the British custom of afternoon tea was supplanted by the local Indian practice of taking a light meal at that hour, it came to be called tiffin. It is derived from English colloquial or slang tiffing meaning to take a little drink, and had by 1867 become naturalised among Anglo-Indians in the north of British India to mean luncheon [—] 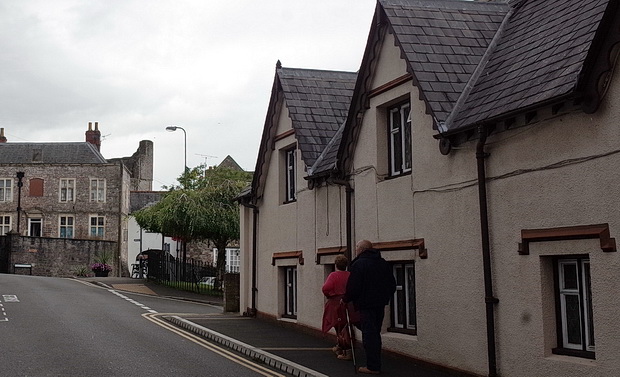 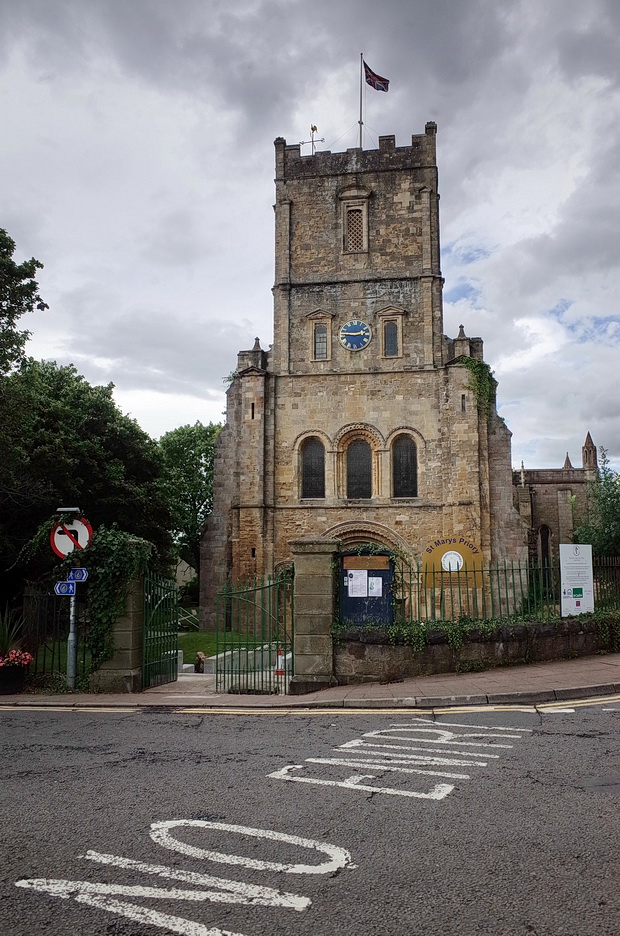 The Parish and Priory Church of St. Mary features an ornate west doorway dating from the late 11th century, and is a Grade I listed building.

More Wales photos here.
Chat about Chepstow on the forum.

Green Gathering 2017 in Wales: Mixing it up in the wonderful 99% Bar – in photos 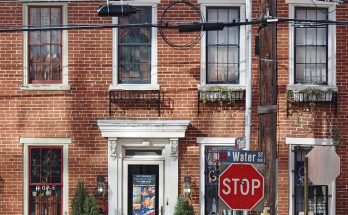