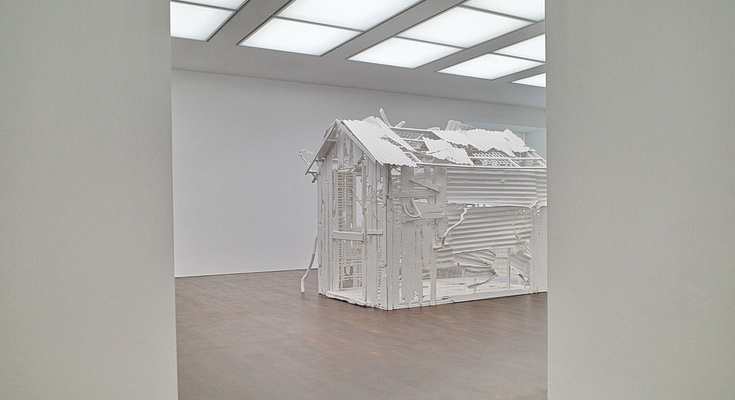 Only running until the end of this week (6th June 2021) is Rachel Whiteread’s Internal Objects exhibition at the Gagosian Gallery, located between Oxford Circus and Green Park tube stations.

Entry is free but must be prebooked. 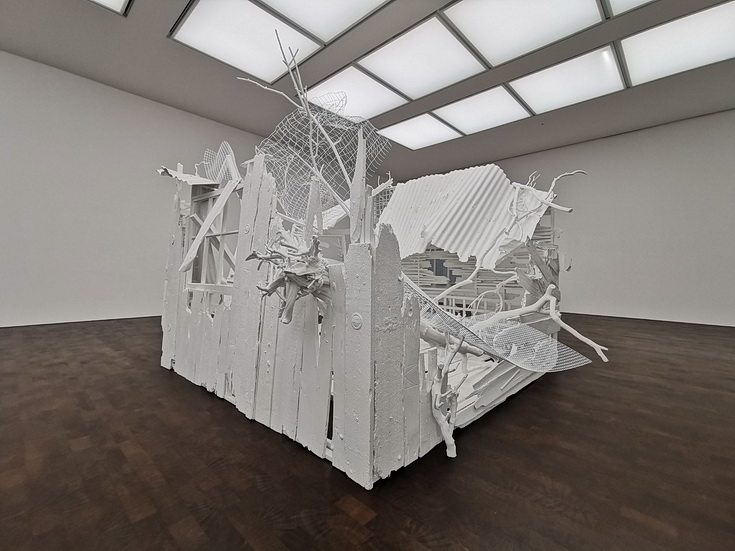 One of the most important, influential British sculptors, Whiteread  has created two haunting, derelict white structures made from found wood and metal. 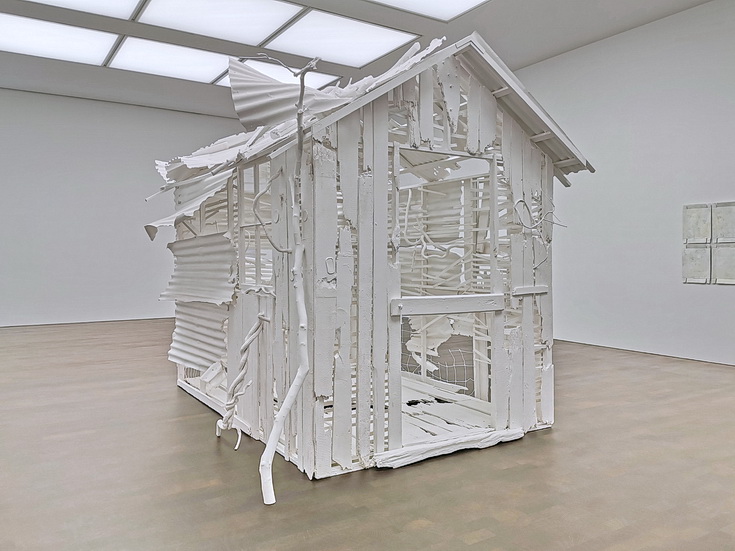 Gagosian is pleased to present Internal Objects, an exhibition of new work by Rachel Whiteread.

Whiteread employs the formal language of Minimalism, taking cues from its emphasis on geometric seriality, yet adds a quietly emotive aspect, maintaining an acute sensitivity to objects’ minor details and subtle markers of use and human irregularity.

Over the past four decades, she has used the method of casting on both “low” materials such as concrete, resin, rubber, and plaster, as well as more traditional sculptural materials, such as bronze.

She employs existing artifacts and spaces—including domestic objects like chairs and mattresses, interiors of rooms, and even, famously, an entire terraced house—to evoke and explore corporeal presence. Notably, her deft use of negative space can imply a thing that’s gone and been reincarnated.

In this exhibition, this suggestion of haunting, or ghostliness, is manifested in a different way. In Detached 1, Detached 2, and Detached 3 (all 2012), which she installed at Gagosian London in 2013, Whiteread rendered the empty interiors of three garden sheds in concrete and steel.

Now, in Internal Objects, she has again created cabin-like structures but has, for the first time, eschewed casting existing objects in favor of building original ones. Poltergeist (2020) and Döppelganger (2020–21), which will occupy the two main rooms of the Grosvenor Hill gallery, are made of found wood and metal that has been meticulously overpainted in white household paint. 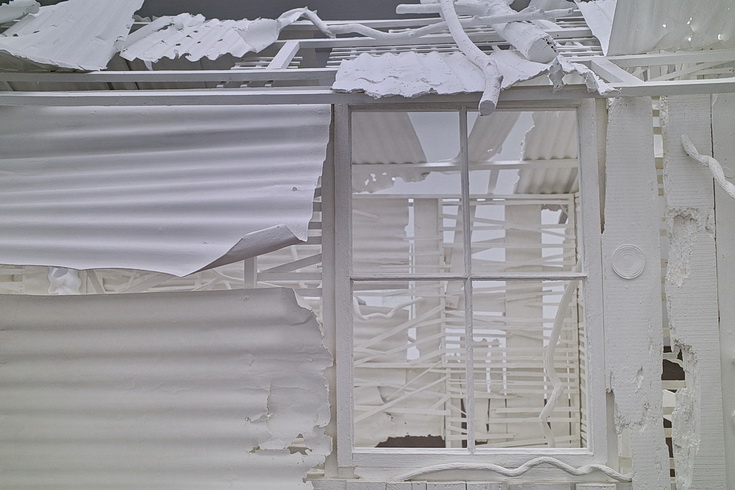 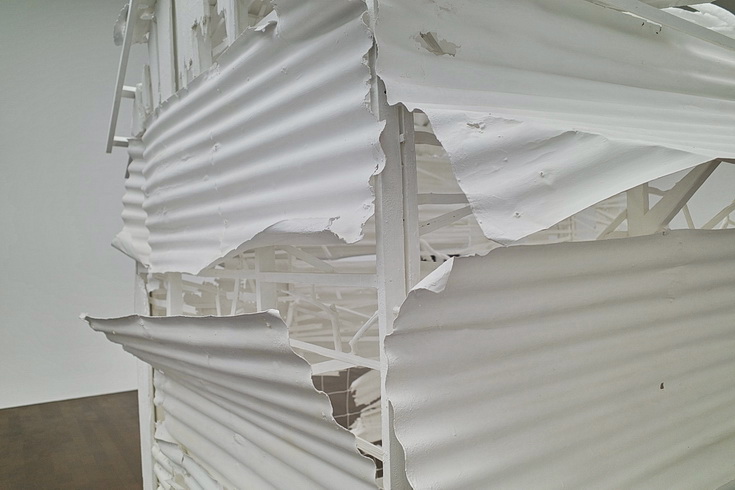 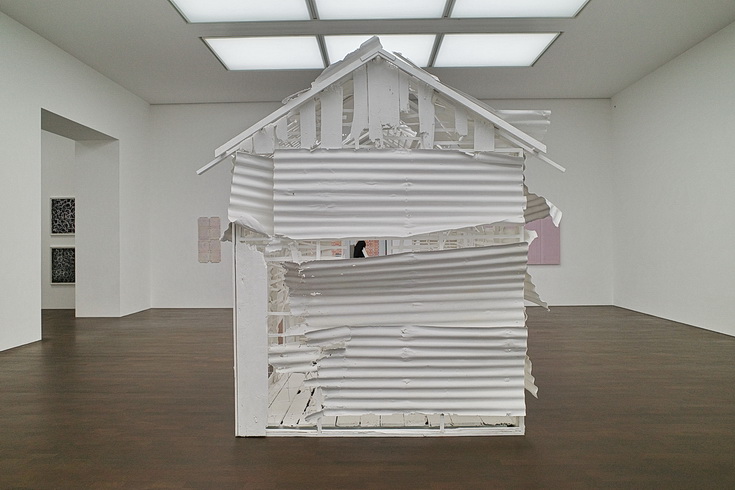 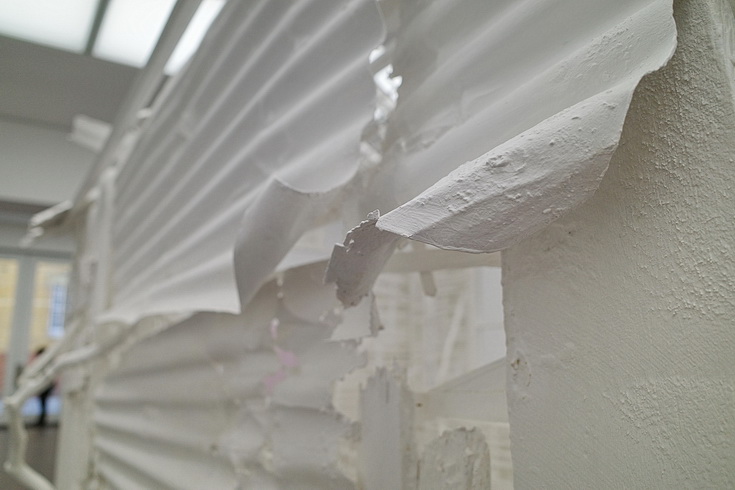 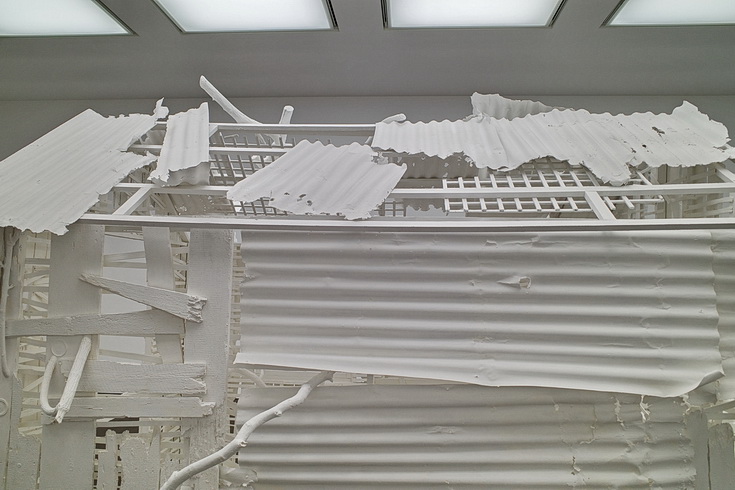 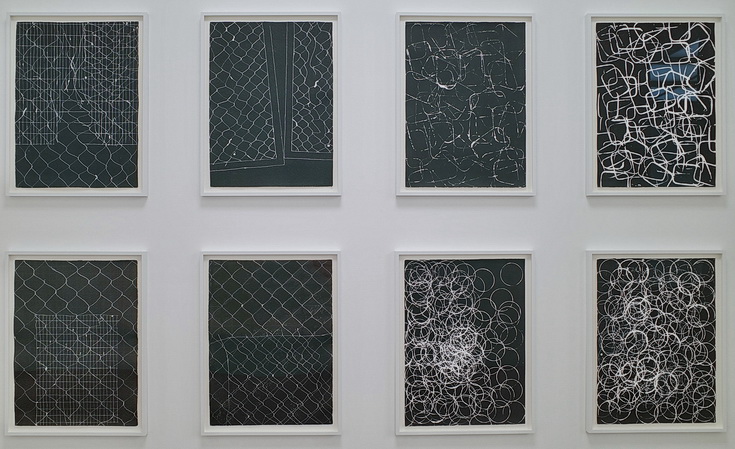 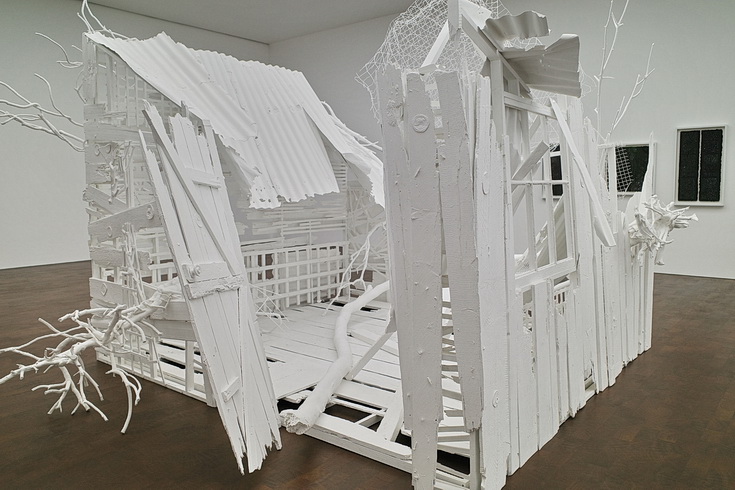 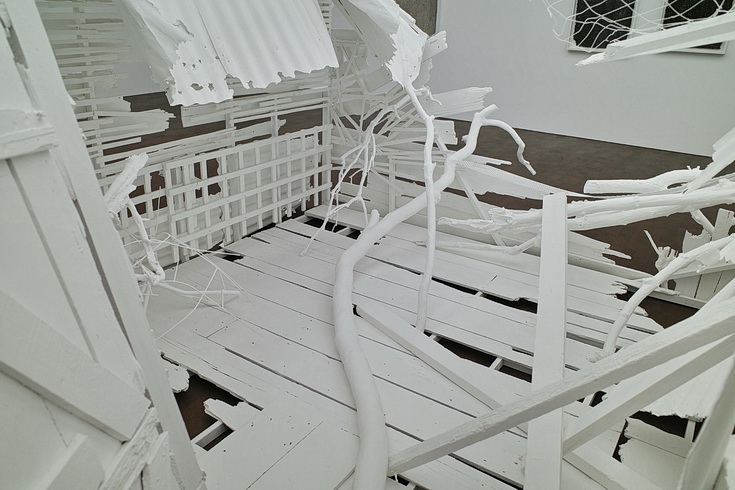 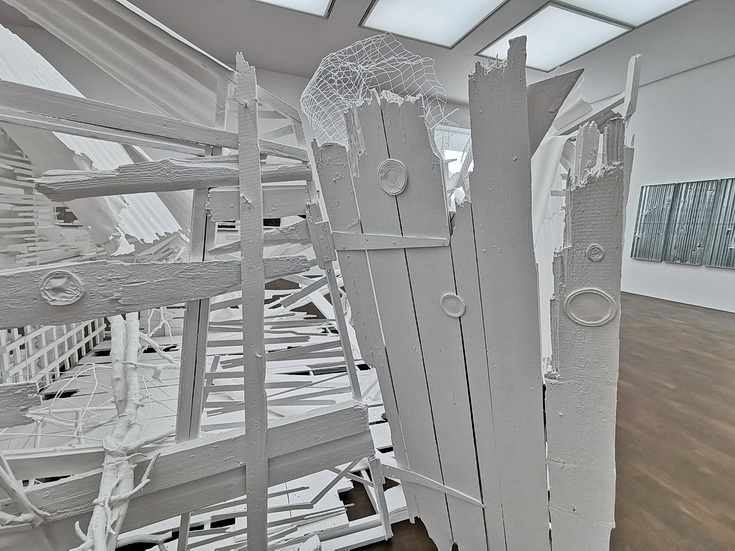 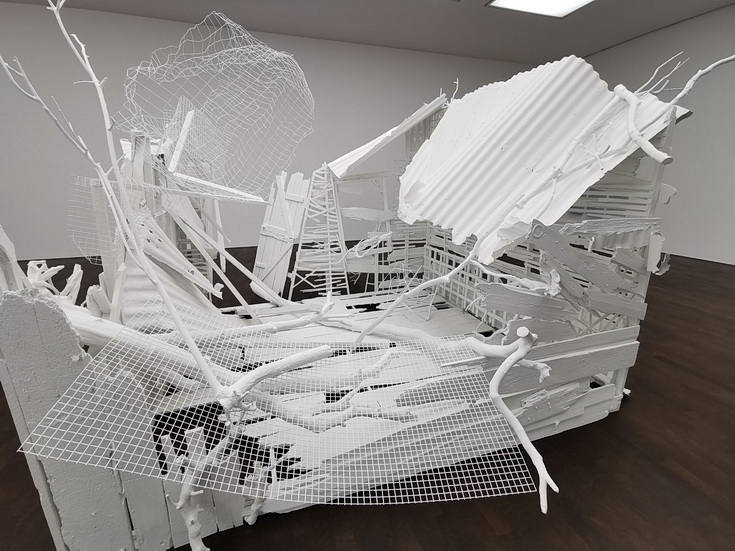 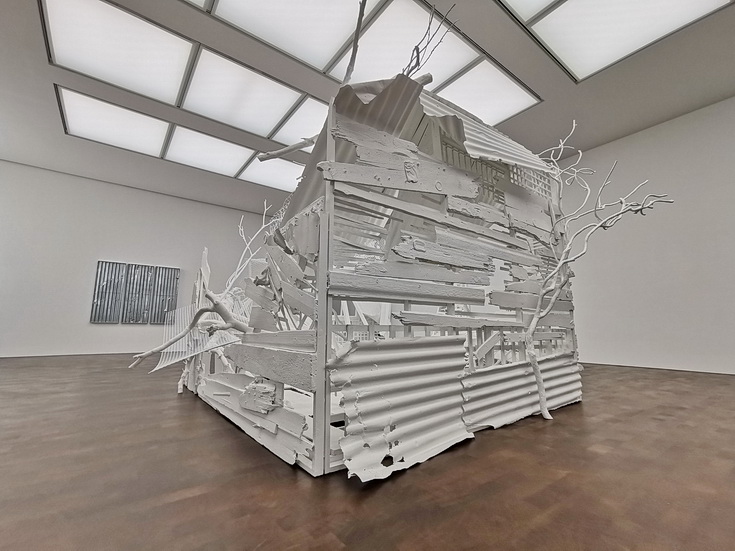 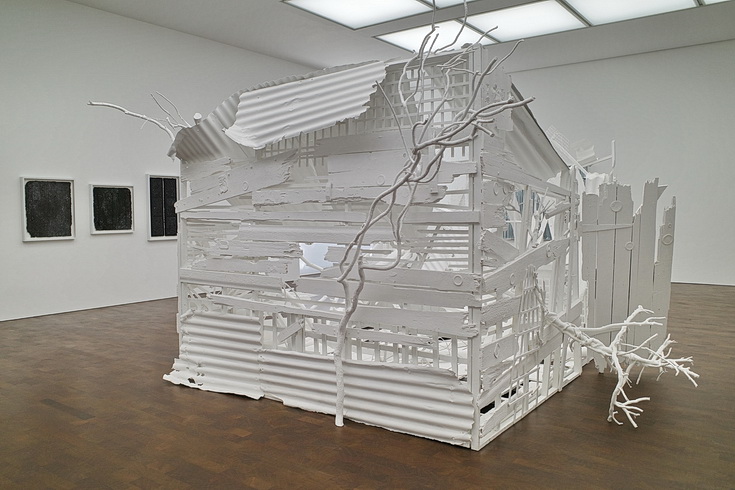 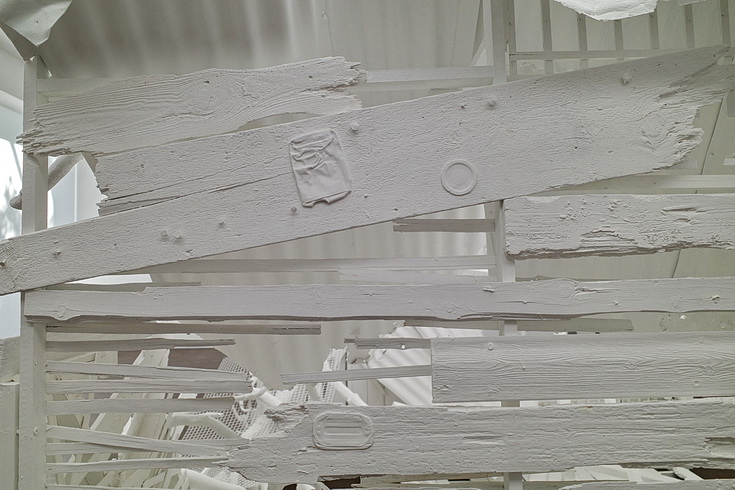 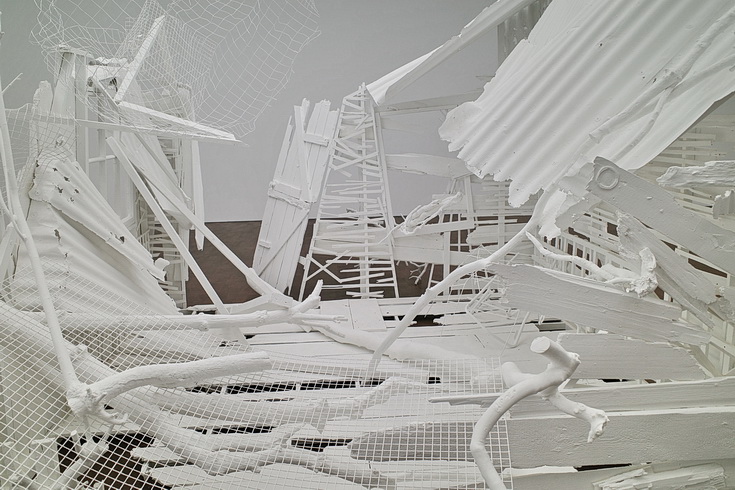 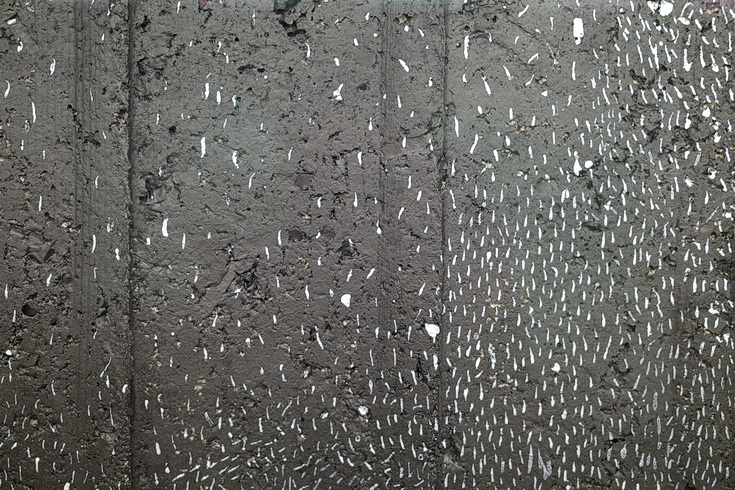 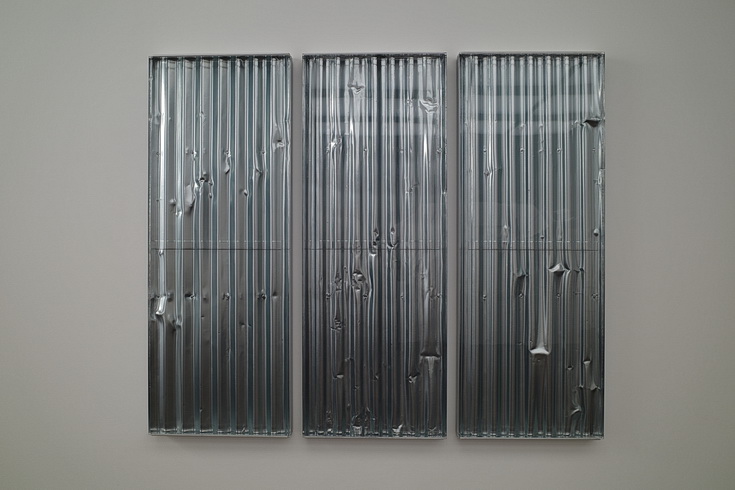 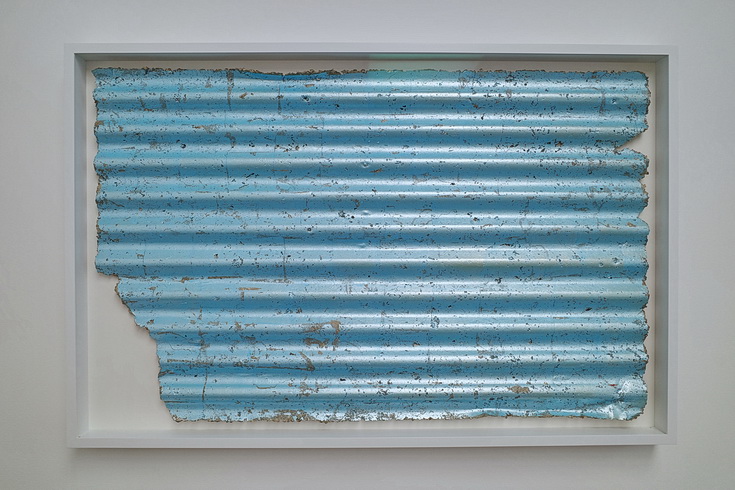 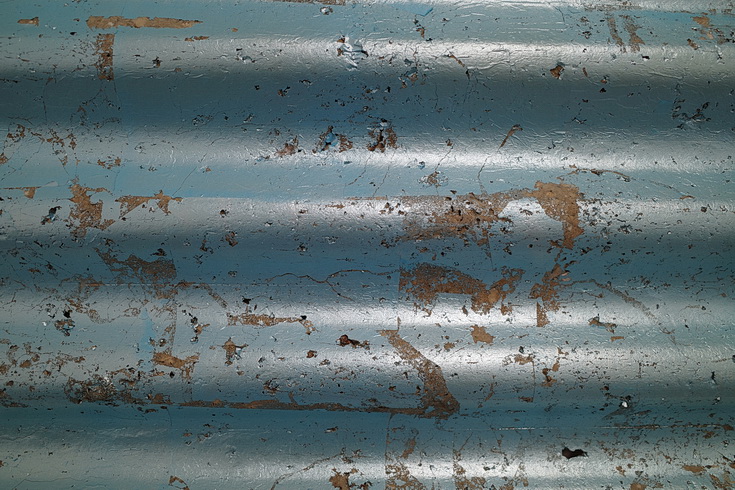 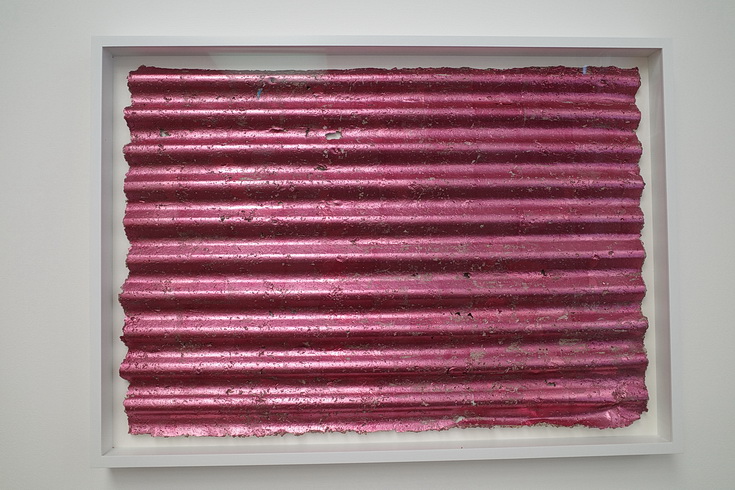 A look inside the Crypt Gallery in St Pancras: ShoShoShow sculpture exhibition