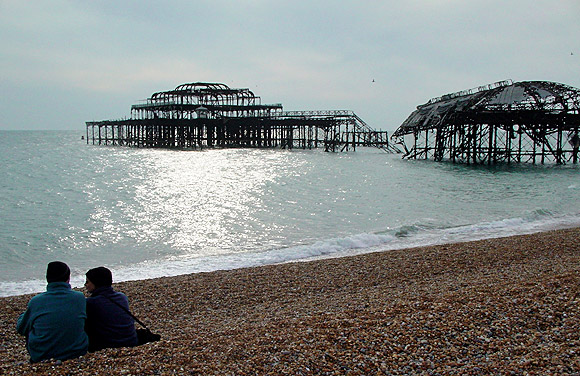 By 2003,  storm damage and two arson attacks had all but destroyed the entire structure of the West Pier.

Although there is an active campaign to create an ‘appropriate successor to the historic West Pier’ one thing is for sure – the wonderful pier ain’t coming back. 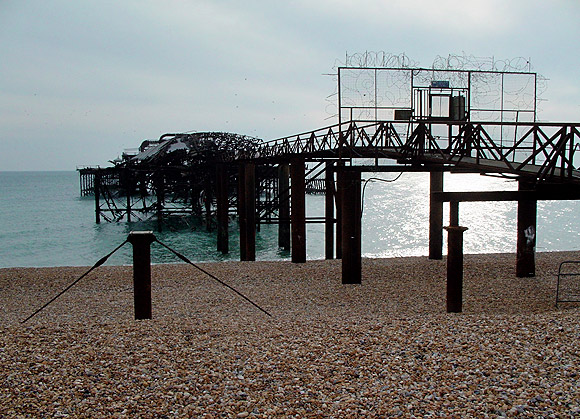 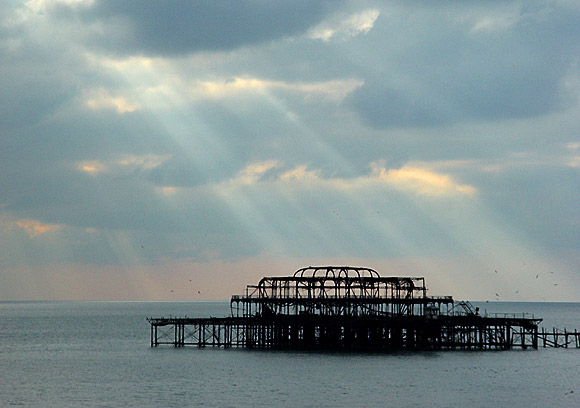 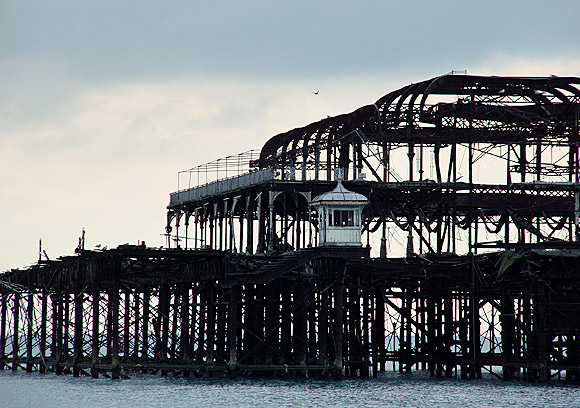 The sole remaining wooden structure on the pier in Feb, 2004. 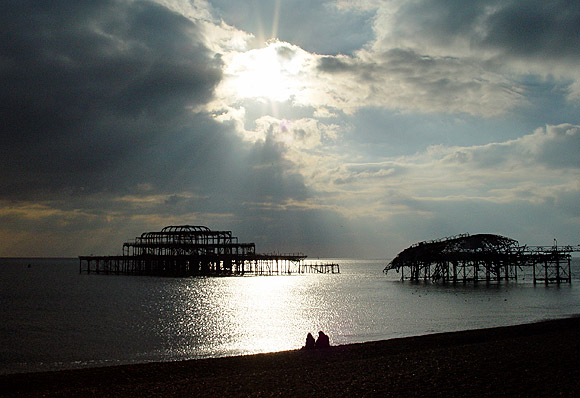 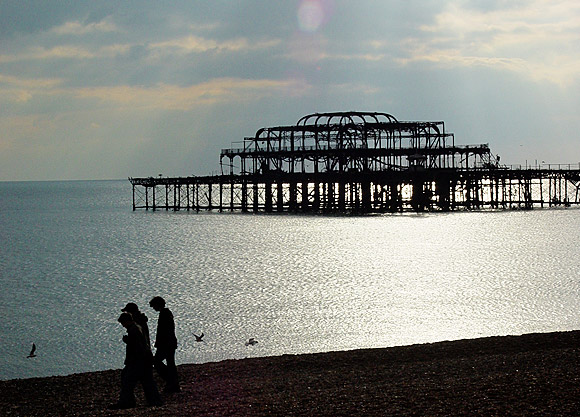 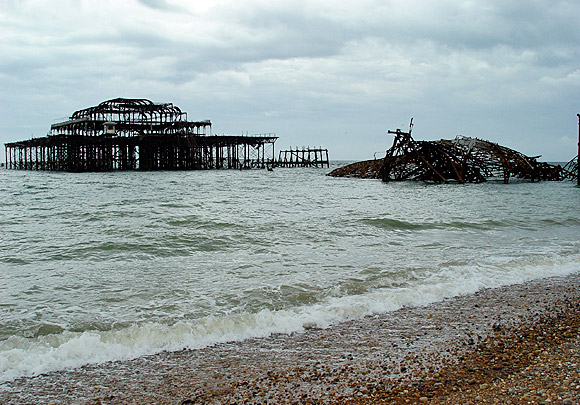 By July 2004, the Concert hall had completely collapsed into the sea. 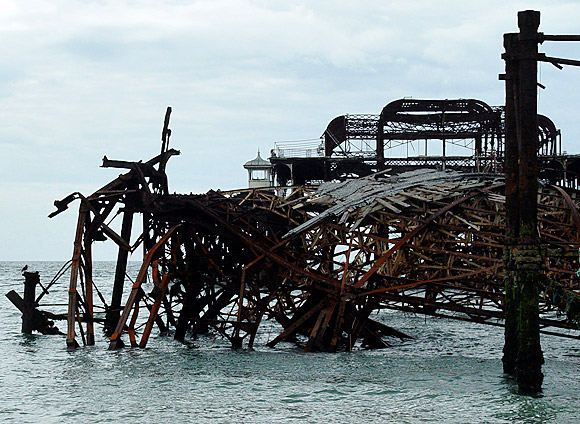 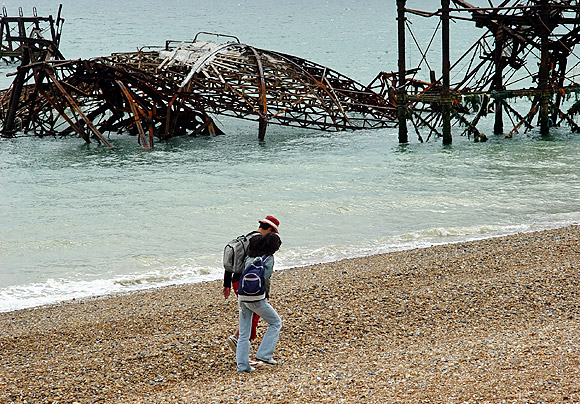 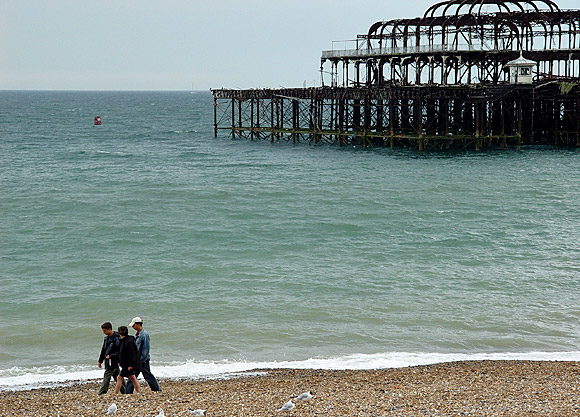 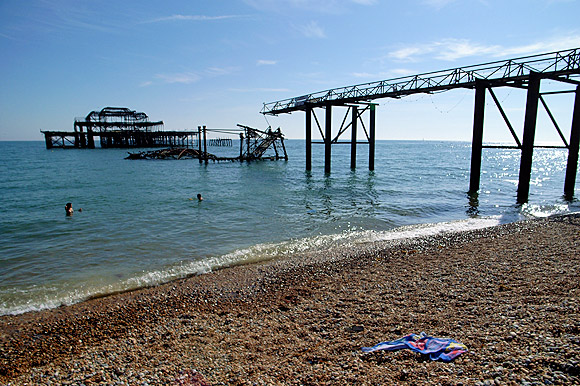 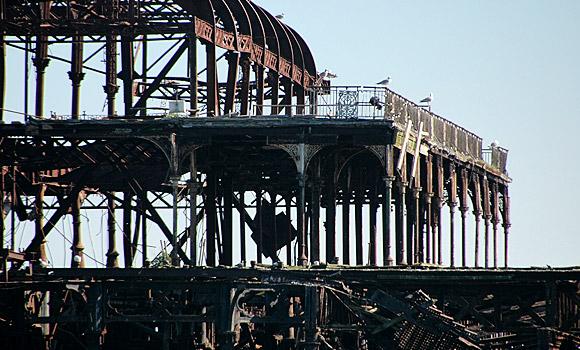 Even in its burnt out state, you can still see glimpses of its former Victorian and Edwardian elegance. 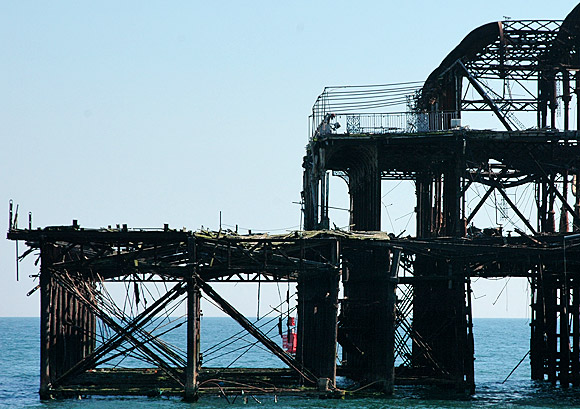 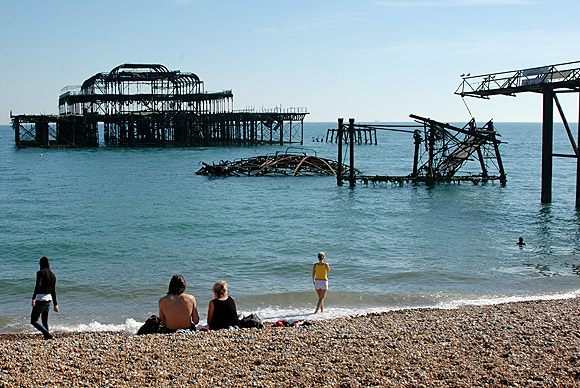 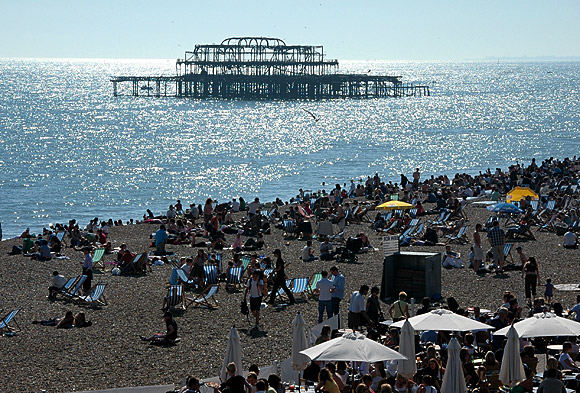 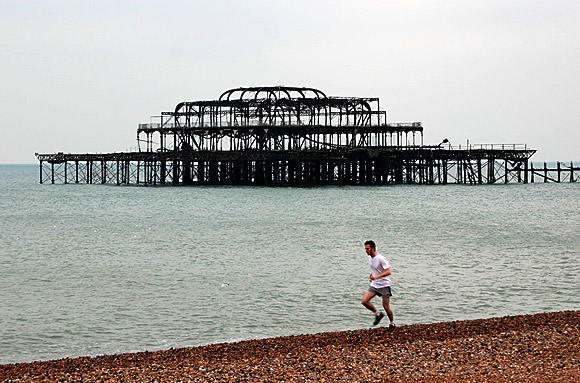 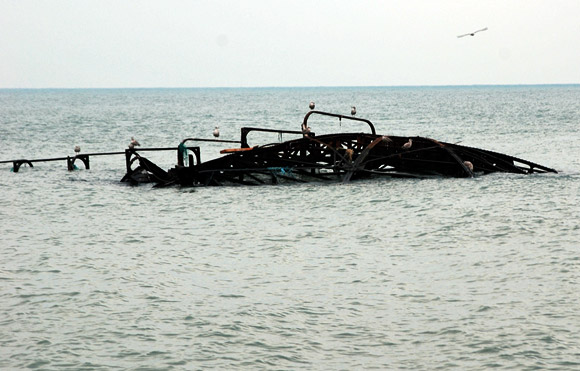 The top of the concert hall can be seen above the waves. 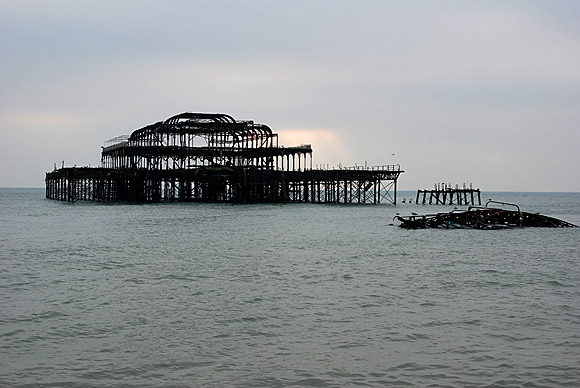 A last look at the rusting remains of the pier.

Part one: The glorious heyday and fall from grace
Part three: End of the pier and its i360 successor