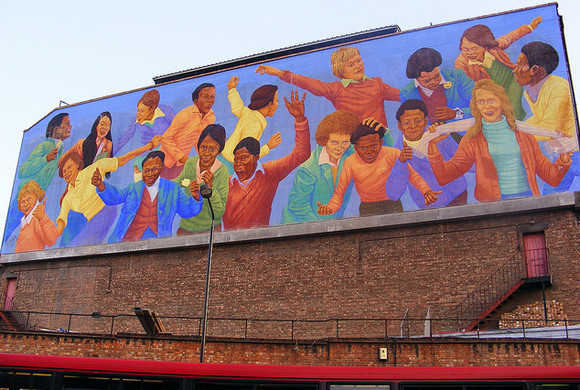 It’s been a good month for Brixton’s murals. Brixton Academy’s 1982 mural by Stephen Pusey was lucky enough to have gone under a bit of a restoration. 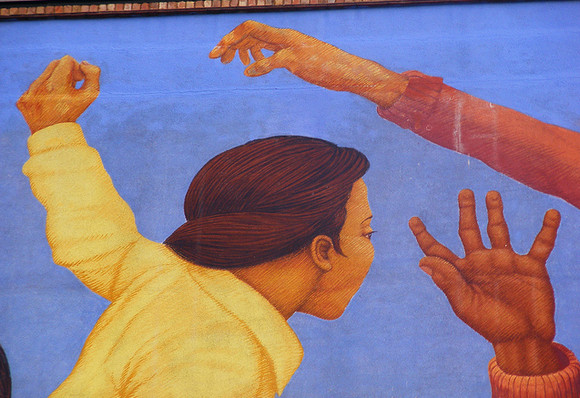 The building was undergoing some repair work to its exterior led by Triton Building Conservation and it was felt to be a good opportunity to give the mural a little tidy. 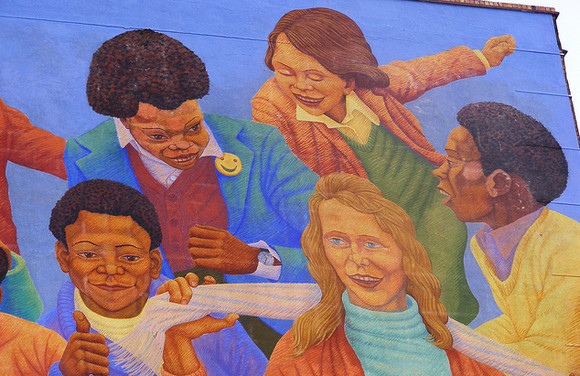 The London Mural Preservation Society recommended artist Paul Butler who worked on the Cable Street Mural which is of a similar size and uses the same paint.

Over a period of a week Paul worked on tidying up the top of the mural which had been badly water damaged. 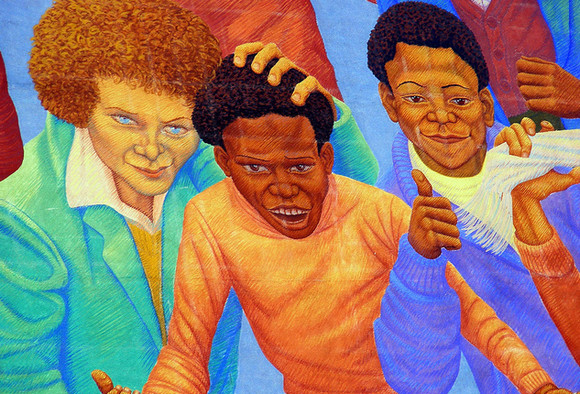 The end result is great! The colour matching is pretty close, much of the top has been tidied and the mural looks 10, maybe 20 years younger!

There is still evidence of damage but it is not as noticeable as it was before – let’s hope the mural sticks around for another 30 years!