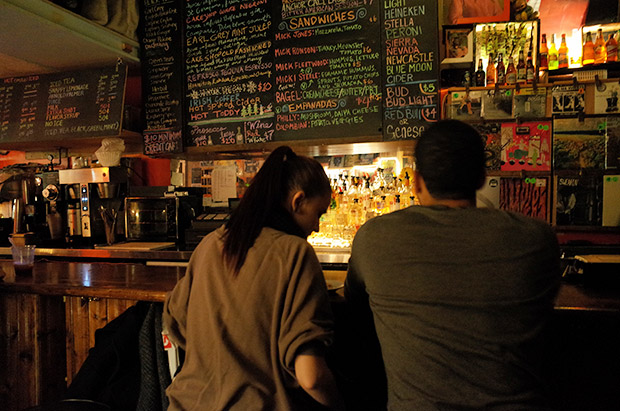 With many familiar haunts being priced out of the Lower East Side in the last decade, it was refreshing to see that the Cake Shop is still up and running on Ludlow Street.

The venue is open in the daytimes for baked goods, coffee, and tea, and with live musical, theatrical, and literary events taking place in the space below the cafe. 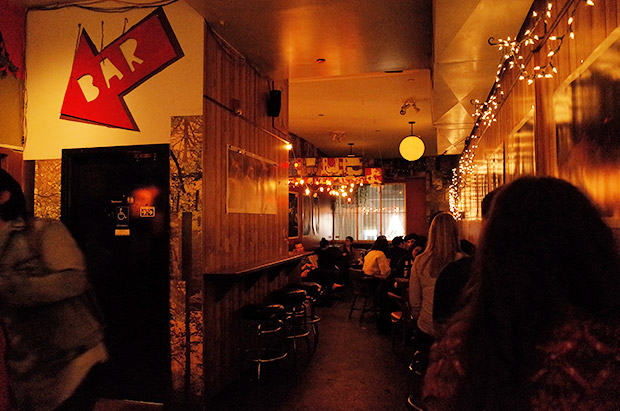 There used to be a great little record shop at the back (see November 2006 photo below) but that sadly vanished several years ago.  The area is now used for seating.

The big arrow points to the downstairs live performance area/bar. 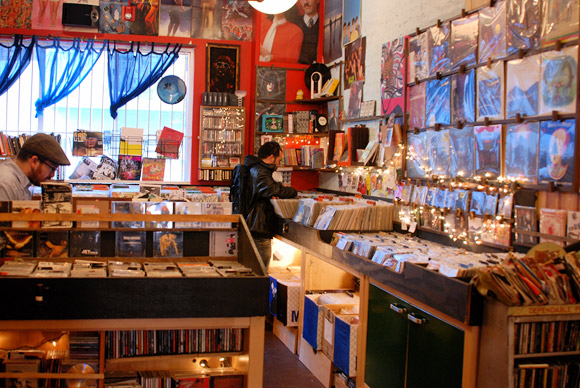 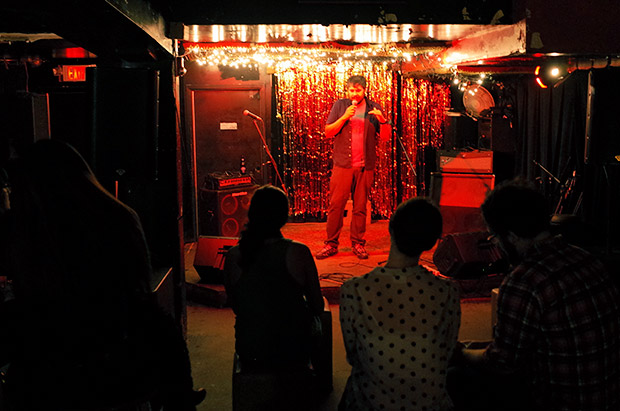 I popped in on a rather under-populated early evening comedy slot, but the venue has a good reputation for putting on interesting shows. In fact, the Village Voice described it as the ‘Best Live Music Venue in New York 2013′. 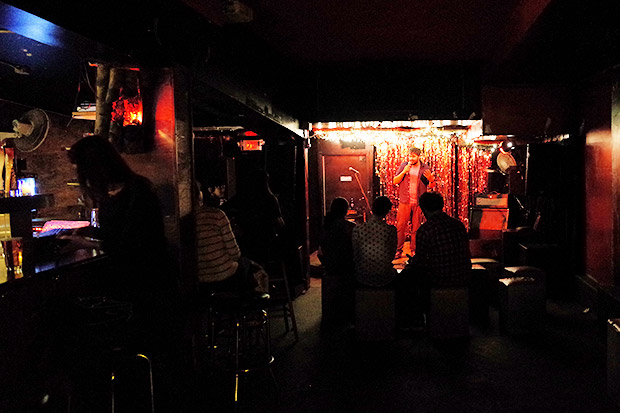 There’s a little bar in the long narrow venue downstairs. 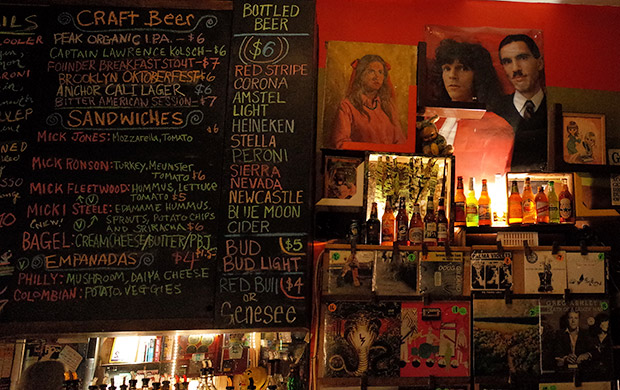 Discuss the Cake Shop on our boards