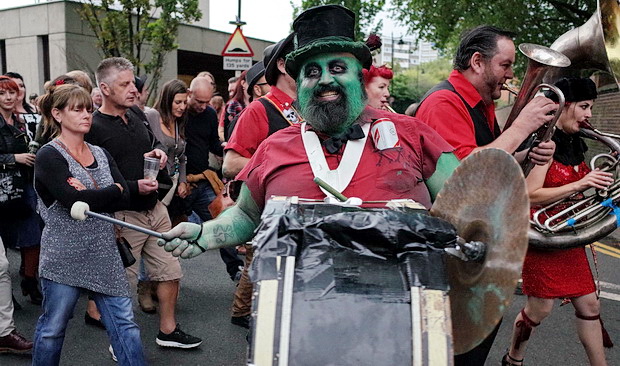 There was rock and roll reverberating along the streets of east London last Sunday, as the Urban Voodoo Machine led a march to the Clerkenwell Festival after party. 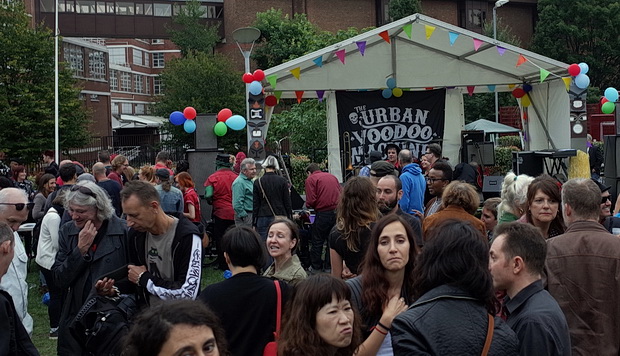 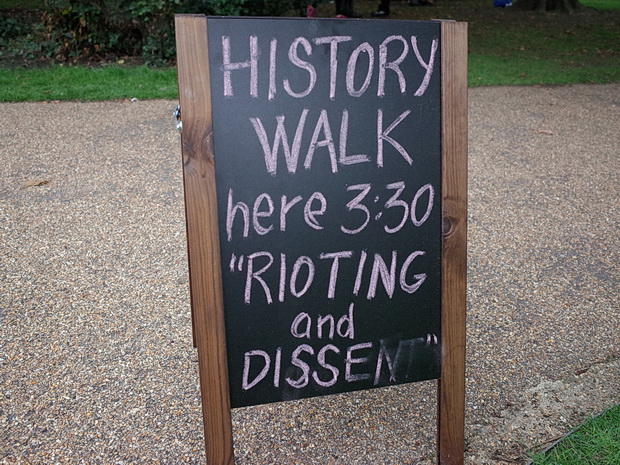 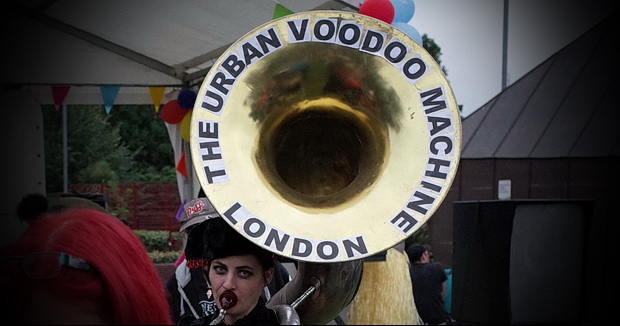 The festival ended around 6,30pm, and then the Voodoo folks led a procession to the after party at the Crypt under St James church in Clerkenwell Green.

Here’s some photos from the march. 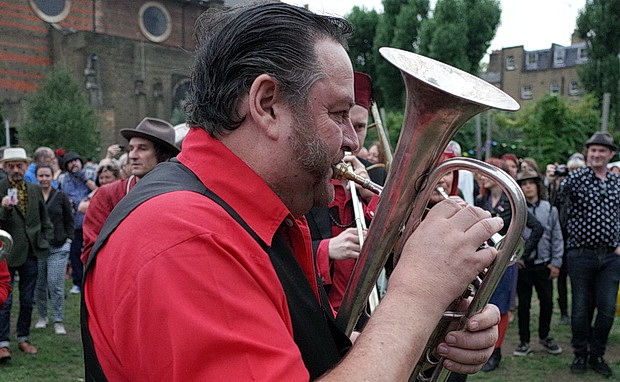 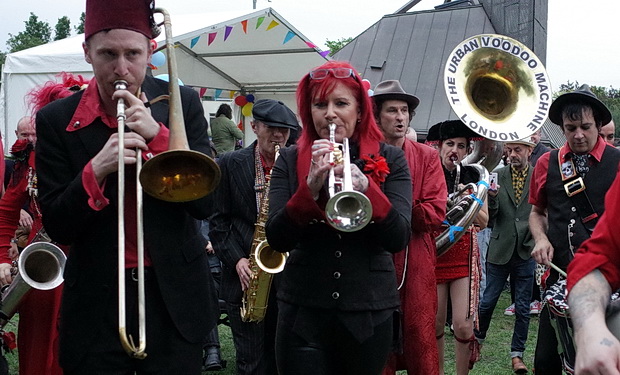 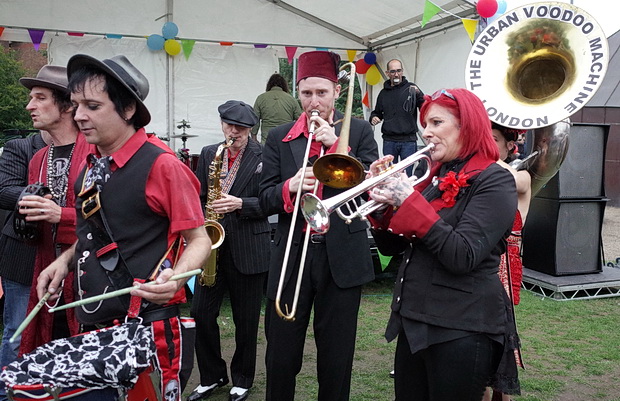 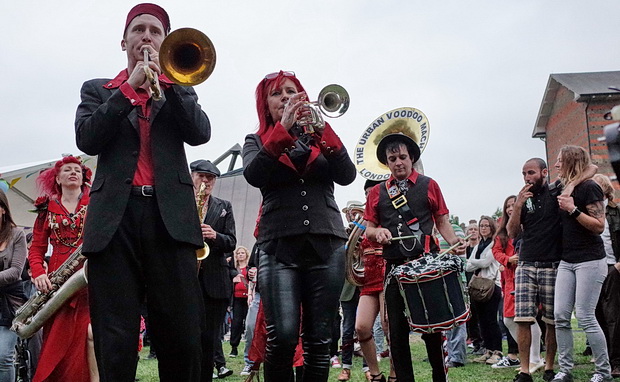 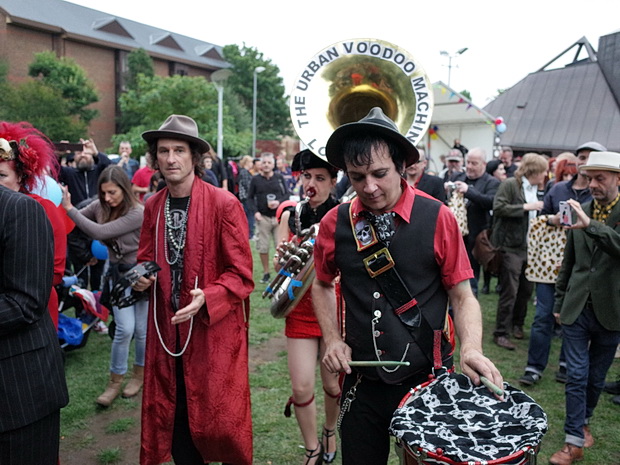 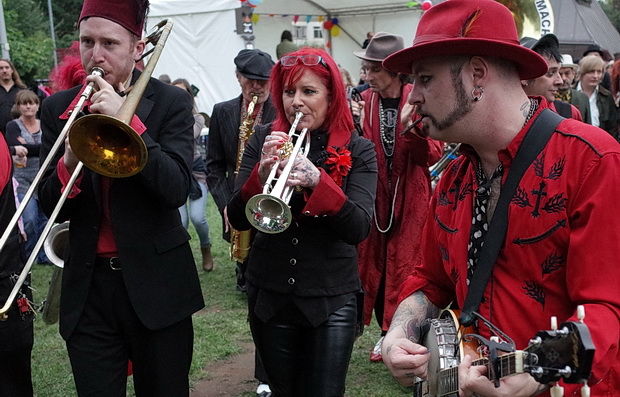 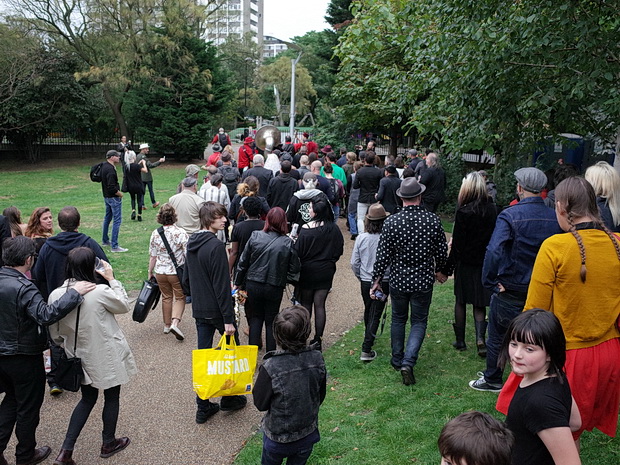 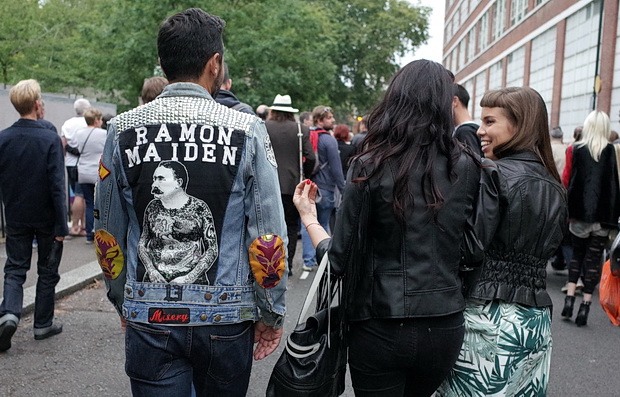 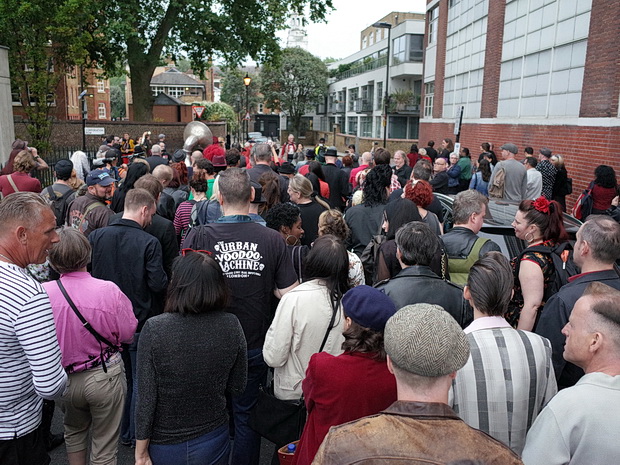 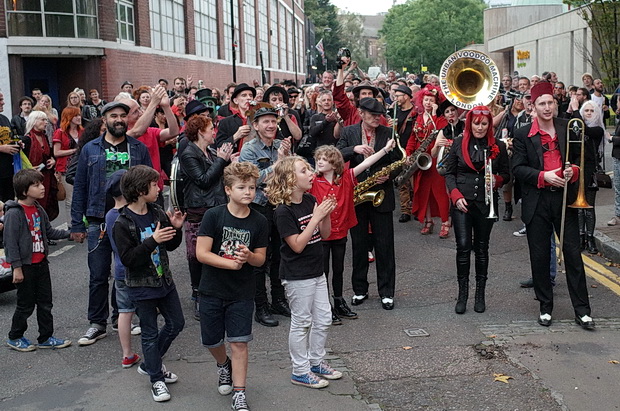 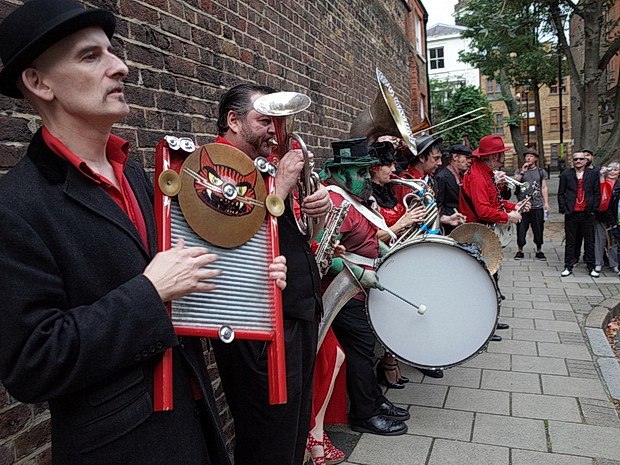 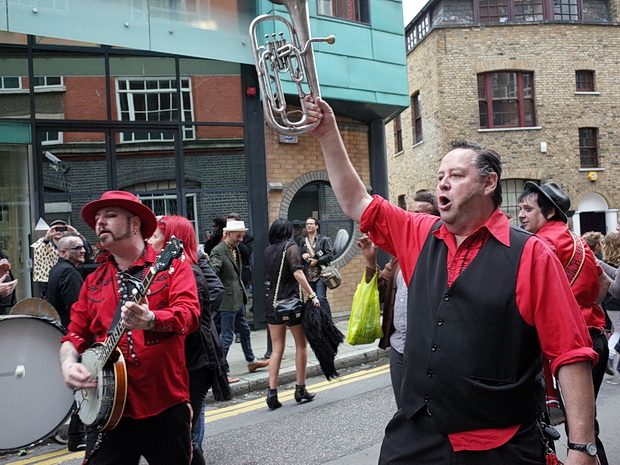 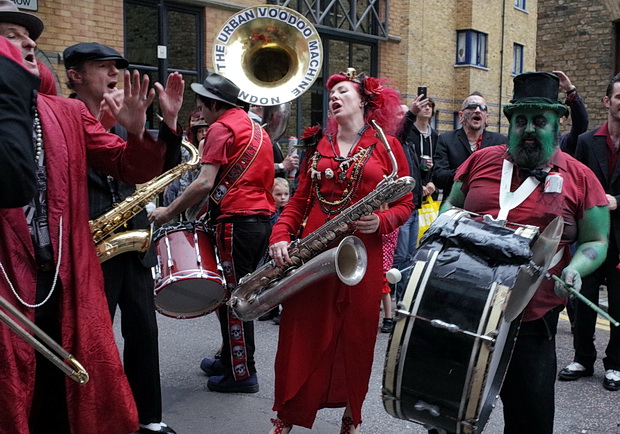 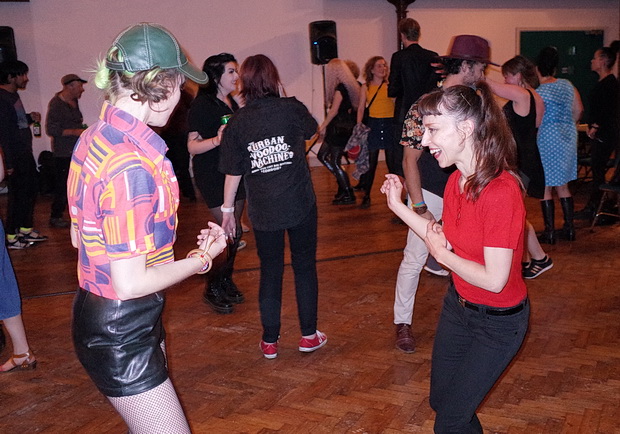 In the crypt, where the DJ line up featured Jon the Boatman, Barry Tapestry, French Yan and Sister Cookie. 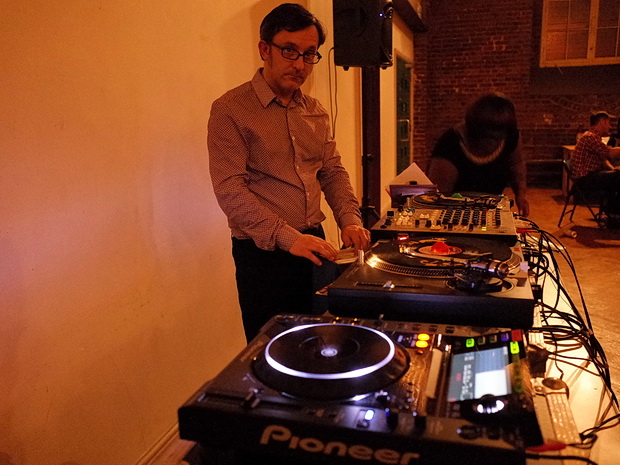 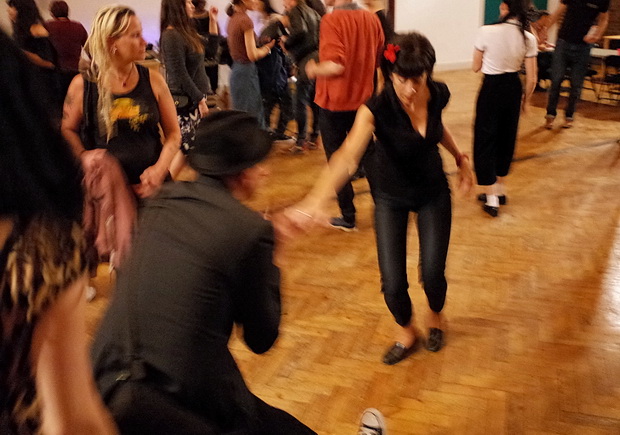 There was a lot of energetic dancing going on. 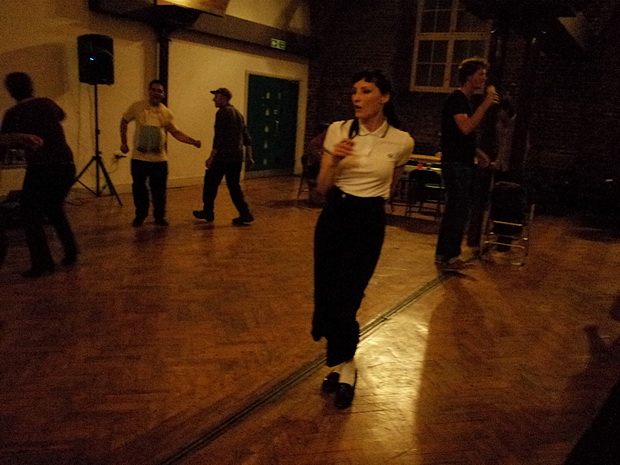 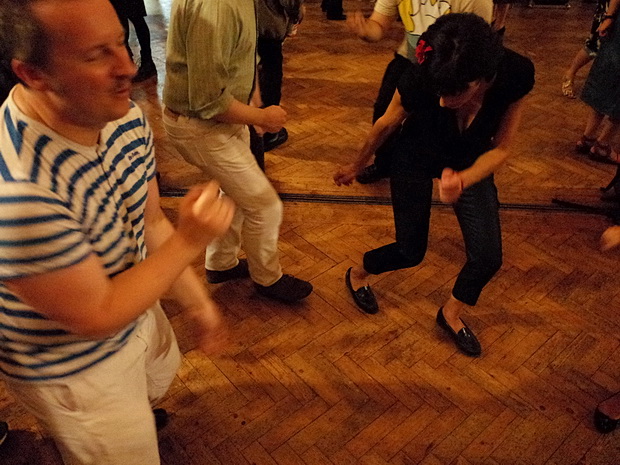 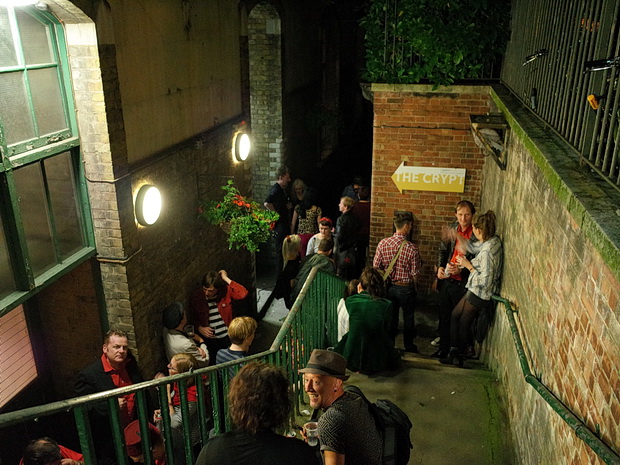 Taking a breather outside 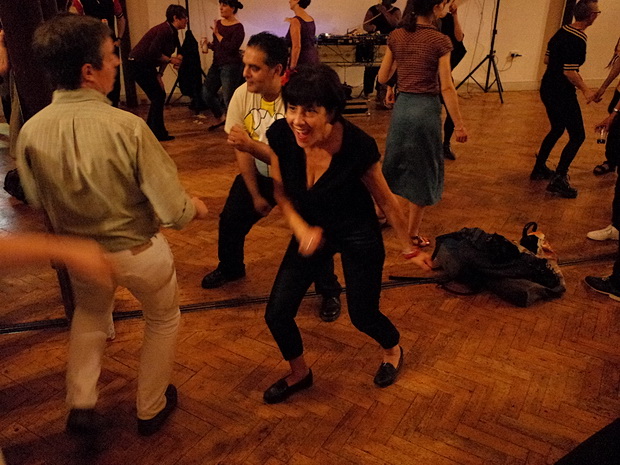 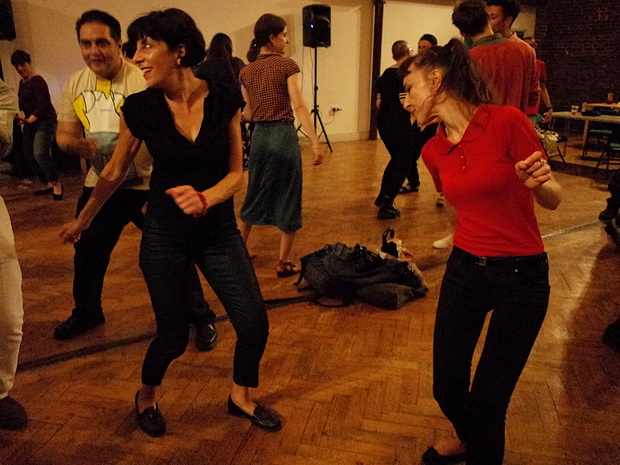 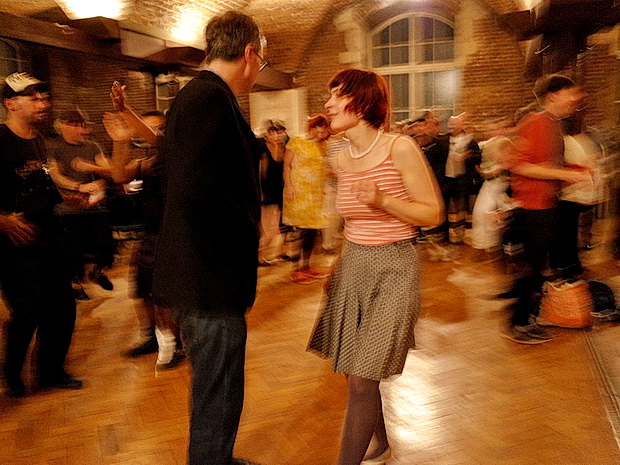 Chat about the event on our festival forums.

Photos: In the magical woods of Boomtown Festival 2016