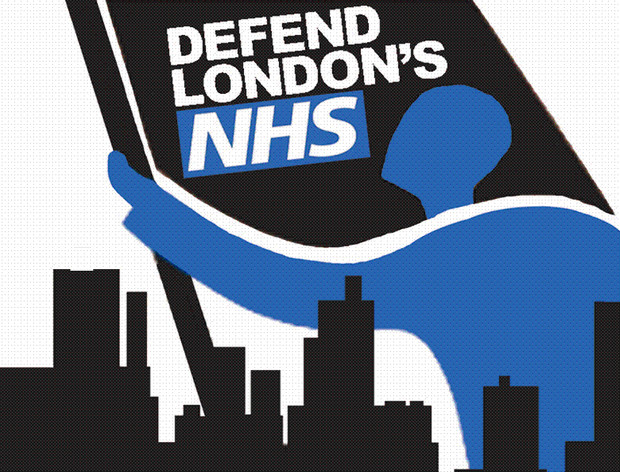 Called by an unprecedented coalition of London residents, medical staff, trade unions and health campaigners, this demo aims to raise the alarm regarding the biggest threats to A & E’s, maternity units and in-hospital care for a generation. 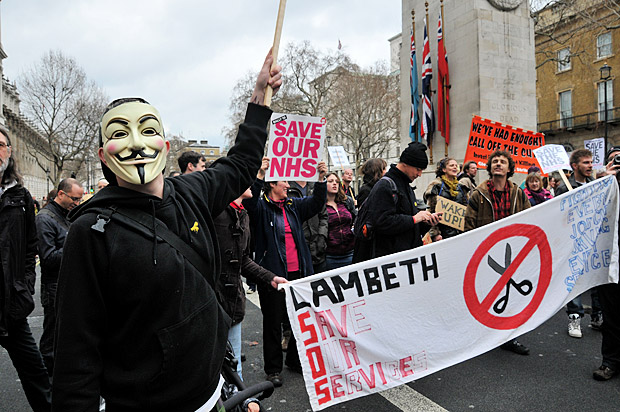 It kicks off by Waterloo Bridge (South Bank) at 12 noon and makes its way to Whitehall for a rally at 2pm.

If you can make it, please do because the NHS is one of the greatest things that Britain has ever produced and it’s worth fighting for. Don’t let big business and this shitty government destroy it forever. 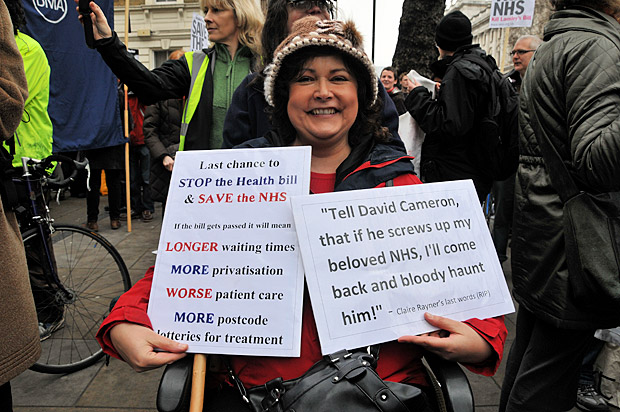 Here’s more background about the demo:

Closures planned across the capital include nine accident and emergency departments, a number of maternity units and thousands of hospital beds that campaigners believe will put lives at risk..

Hospitals and community services are also threatened with take-over by multi-national private companies. Hundreds of thousands of London residents have pledged their opposition to these privatisation plans for the NHS.

Across the capital, tens of thousands have taken to the streets to protest and demonstrate to save their local hospitals. 80,000 signed a petition against the closures in North West London. 25,000 joined the demonstration to defend Lewisham hospital.

The local campaigns have joined up to call on the government to stop these closures. We are working together to undermine the government’s divisive tactics of playing one hospital off against another. Instead we are demanding that the government provide the funding needed for safe levels of care across the capital. 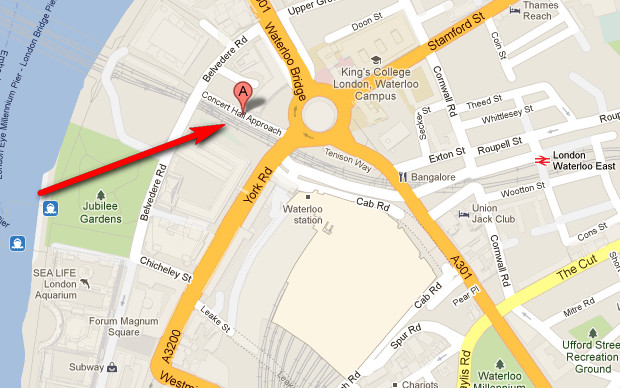 Discuss the demo on the urban75 boards.

A little bit of the GLC lives on in Brixton