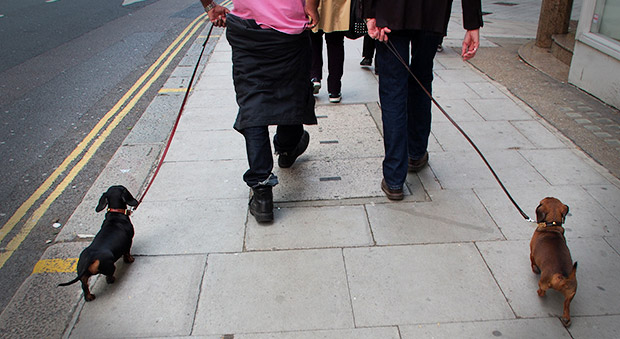 Seen strutting along St Giles High Street in central London yesterday were this pair of rather charming sausage dogs. 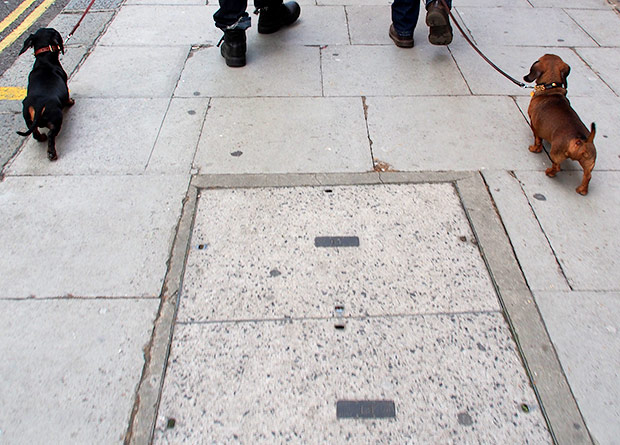 Sausage dogs – or ‘dachshunds’ are they’re officially categorised – get their name from their  elongated bodies, but despite their cute appearance, a 2008 study found them to be  more aggressive than pit bulls, rottweilers and Rhodesian ridgebacks.

No dogs for Brixton

There was a recent fundraising campaign to bring a hipster-luring, Instagram-generating Sausage Dog Cafe to Brixton, which – given the documented aggressiveness of the animals – didn’t seem like the greatest idea I’ve ever heard.

It looks like it won’t be happening any time soon anyway, as co-founder Emilie Harley‘s hopes of reaching the required £55,000 funding target were cruelly dashed (dachshunded?), with less than £1,500 being raised.