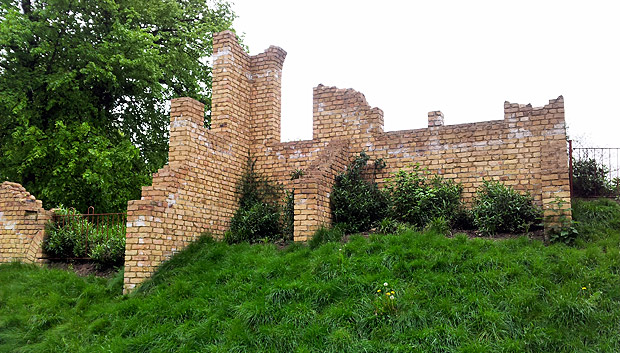 Well, OK, it’s not really a castle, but I imagine that to a young kid with a bit of imagination, these recently created ‘ruins’ in Max Roach Park could easily be some ancient monument that must be defended at all costs. 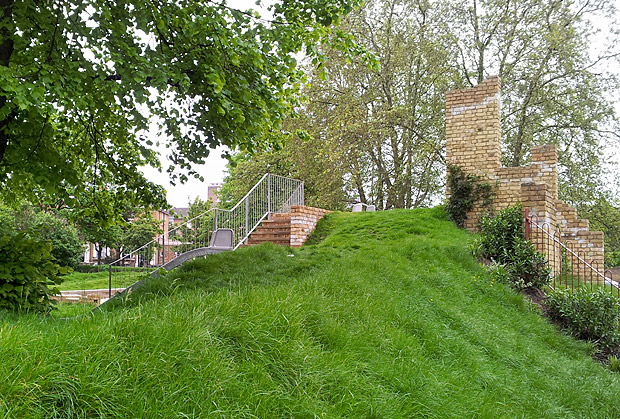 The park underwent a lengthy restoration in recent years and now contains a purpose-built playground and play area, the aforementioned fake castle ruins and loads of benches scattered about for adults to enjoy a summer picnic (or several cans of Special Brew). 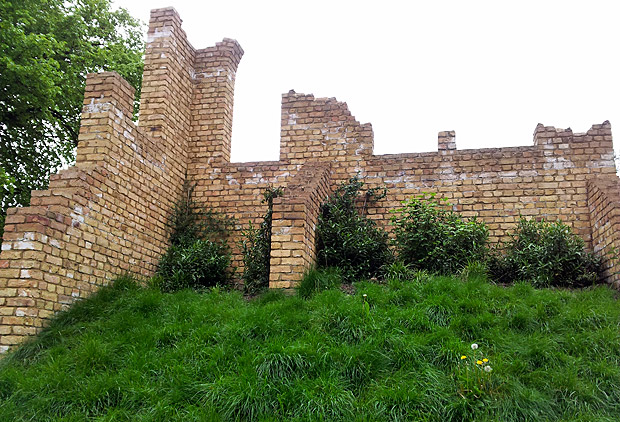 He was also a political activist,  recording a number of albums centering on black equality issues, including the album We Insist! Freedom Now Suite (1960). Here’s Max in action:

I’m still not entirely sure why a Lambeth park should end up being named after a North Carolina drummer but it’s something I could get used to. Perhaps Brockwell park might sound better as Keith Moon park ?

One Comment on “See the ruins of Brixton Castle, set in a delightful little park named after a jazz drummer”