Been a bit slow updating my blog recently, so here’s a bumper pack:

Steve Jones looked like an over inflated inner tube, Paul Cook was lean and committed and Glen Matlock looked like he’d just stumbled in from a pub gig somewhere.

The band were tight and it was LOUD. Johnny looked fit, tanned and healthy, sang the songs with gusto, running through a wide variety of hilarious facial expressions and movements.

Viewed as a gig it was a bit strange, but as a piece of theatre it was well worth the money. And if nothing else, you can always bore people in the future by saying: “I saw the Pistols.” 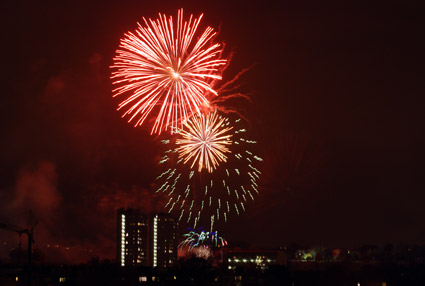 With t’local yoot relentlessly bombarding the ‘hood with bazooka-style fireworks over the preceding three months, I have to admit that my appetite for going up the park to watch the display had diminished somewhat. 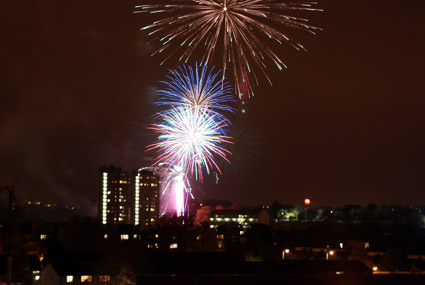 Thankfully, we have a great view from our balcony, so I grabbed a few shots. 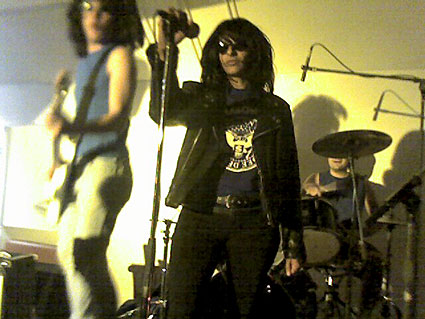 For Halloween, I went to a great party at a local squat/arts venue and saw a friend’s Ramones tribute band. 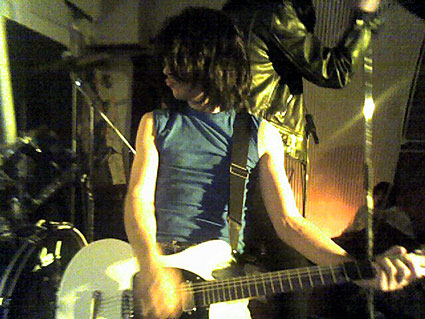 Normally, I hate any kind of tribute band but this lot are my mates and they have a girl singer so it was fun to watch.

Talking of gigs, on Saturday I’m putting on a Rock’n’Roll/Big Band special at the Albert with 4 hot rocking ladies on the decks and the fantastic Hightown Crows playing live. Come on down – its free!

Guy Fawkes fireworks are back for Brockwell Park on the 5th November 2011!