Sad to hear this morning that the independent UK monthly music magazine, The Word, will be publishing its last issue in July 2012. 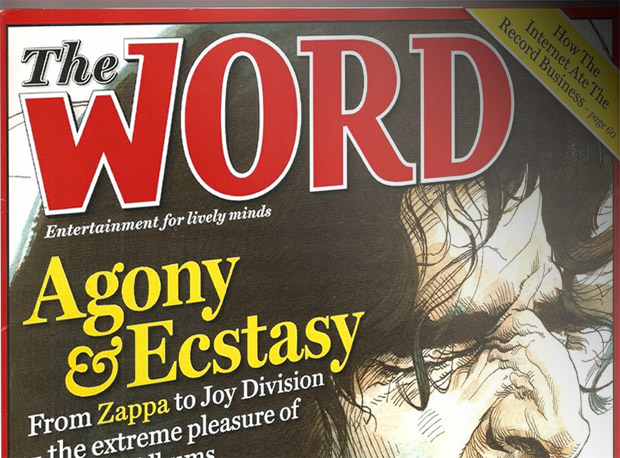 Launching in 2003, the magazine was an independent publishing venture set up by David Hepworth and Jerry Perkins, and came packed with interviews, photographs, features and reviews of CDs, DVDs, books and films.

I’ve always enjoyed reading the mag and it’ll be sorely missed – and it’s sad to see yet another decent music magazine disappearing off the shelves for good.

The August 2012 issue will be its last. Here’s David Hepworth’s statement on the closure:

We regret to announce that the August issue of The Word, which will be published in the second week of July, will be the last.

In the nine years since the magazine launched there have been dramatic changes in the media and the music business.

These changes have made it more difficult for a small independent magazine to survive and provide its staff with a living. This hasn’t been made any easier by the economic climate of the wider world.

We would like to thank all the staff members past and present, plus the writers, photographers, illustrators, artists, PRs and advertisers who have helped make the magazine what it has been. We also want to thank the backers who have supported us throughout.

Most of all we want to thank you, the readers. Your heartfelt involvement with the magazine – via its pages, its website, its events and its podcasts – have made the last nine years one of the most satisfying periods of our working lives. Mark has written about this in greater detail in the August issue

The website will remain open for the immediate future as a point of contact. We will be writing to subscribers with their copy of the August issue.

When we came up with that slogan – “The Word – a magazine, a website, a podcast, a way of life” – we were being a bit tongue in cheek. But it was, wasn’t it?”

Download your free copy of the BrixtonBuzz music, events and club listings magazine

Out now! BrixtonBuzz mag – a new listings monthly for Brixton

The Turncoat and Hellfire Orchestra at the Offline Club, Brixton Albert