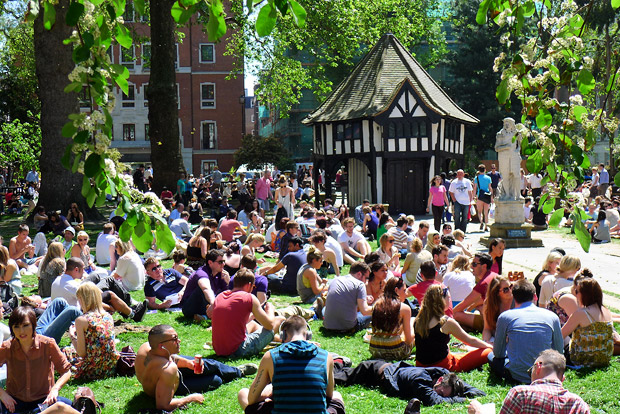 With the temperatures soaring up to 25C, Soho Square was jam-packed with lunchtime picnickers, office workers, tourists and the time-rich, all keen to soak up the glorious sunshine. 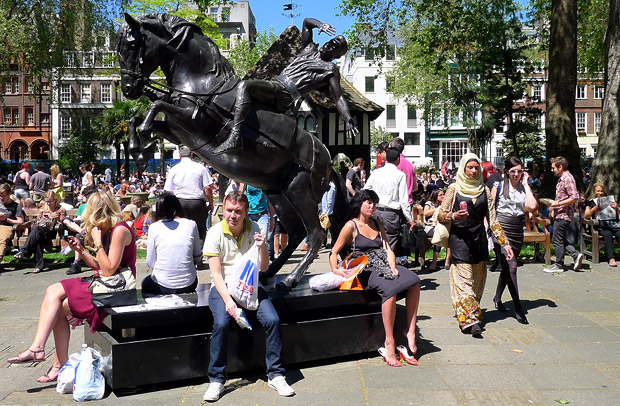 The park was absolutely parked with any kind of seating space at a premium. 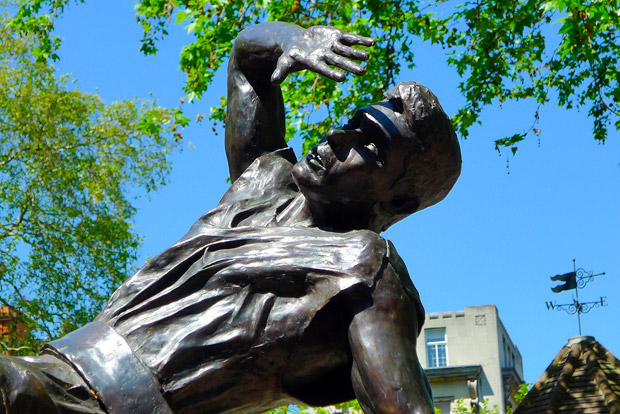 Detail from Bruce Denny’s ‘Conversion of St. Paul’ bronze, which was conceived at the request of the Dean of St. Paul’s Cathedral to form part of an exhibition celebrating the 300th anniversary of the Sir Christopher Wren building.

The life-size sculpture shows St. Paul being struck by the light that blinded him on the road to Damascus, initiating his conversion to Christianity. 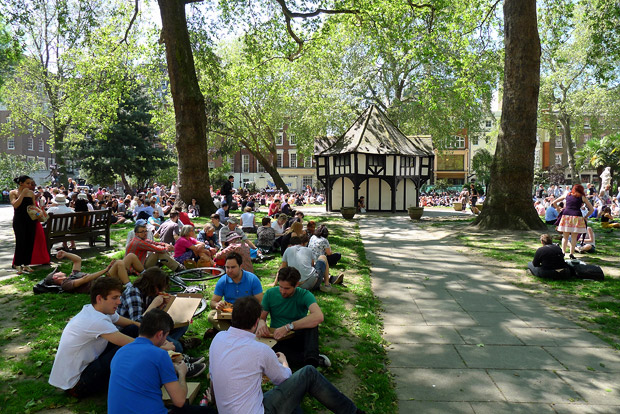 General view of the park, showing the half timbered tool-shed in the centre. 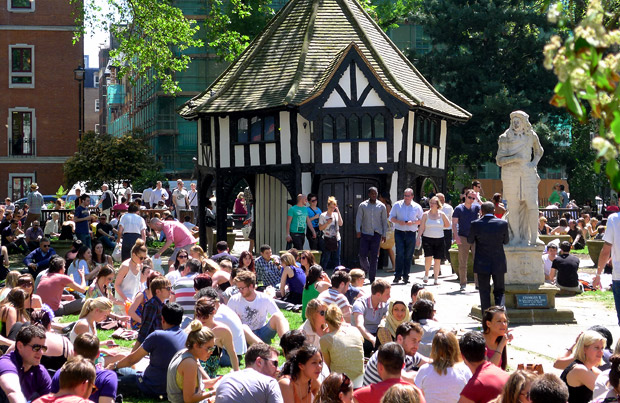 The park also contains a bench that commemorates the late, great pop singer Kirsty MacColl, and has a plaque with lyrics from her ‘Soho Square’ track: “One day I’ll be waiting there / No empty bench in Soho Square.”