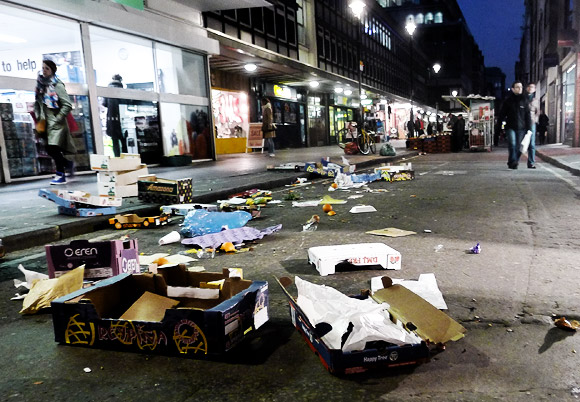 End of the day, Berwick market, Soho. The street market was first established in the 18th century but it wasn’t until 1892 that it was officially recognised.

The street used to be famous for its independent record shops especially (including Vinyl Junkies, CD City, Sister Ray, and Mr Bongo’s), but sadly many have now closed.

Berwick Street was the location for the cover photograph of the ‘(What’s the Story) Morning Glory?’ album by Manc-rockers Oasis 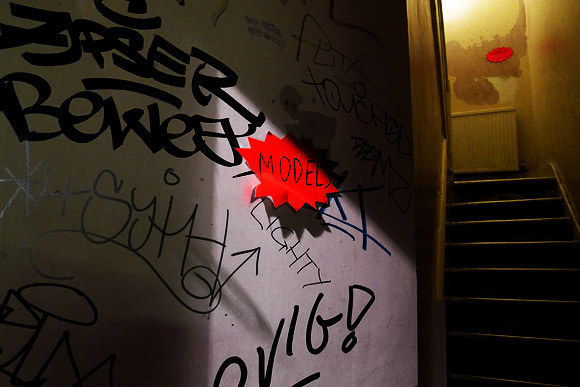 Soho has had a long association with the sex industry, with nearby Soho Square being the location of the infamous White House brothel  between 1778 and 1801.

The area has now been considerably cleaned up – some may sanitised – although some sex shops remain, and several prostitutes still ply their trade in nearby flats, advertising their business by fluorescent “model” signs at street level.

Here’s how Wikipedia describes the area’s notorious past:

Before the introduction of the Street Offences Act in 1959, prostitutes packed the streets and alleys of Soho and by the early sixties the area was home to nearly a hundred strip clubs and almost every doorway in Soho had little postcards advertising “Large Chest for Sale” or “French Lessons Given”.

These were known as “walk ups”. With prostitution driven off the streets, many clubs such as The Blue Lagoon became prostitution fronts. The Metropolitan Police Vice squad at that time suffered from corrupt police officers involved with enforcing organised crime control of the area, but simultaneously accepting “back-handers” or bribes.

Clip joints also surfaced in the 1960s; these establishments sold coloured water as champagne with the promise of sex to follow, thus fleecing tourists looking for a “good time”. 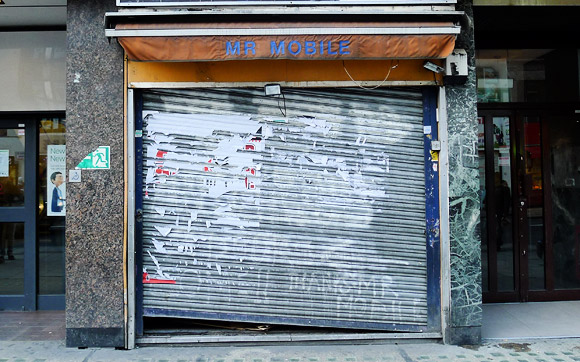 The knackered shop front of Mr Mobile, with the distorted shutter bearing the sprayed-on caption, “Thanks Mr Mobile.” 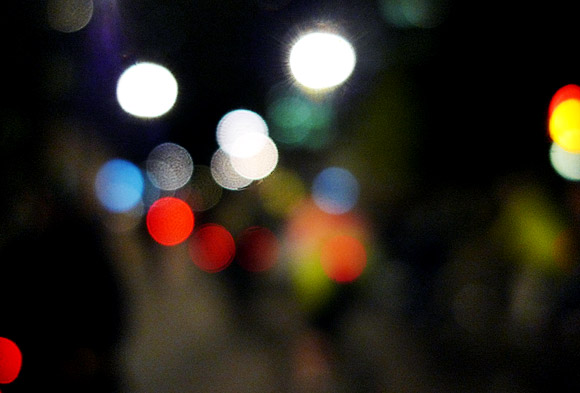 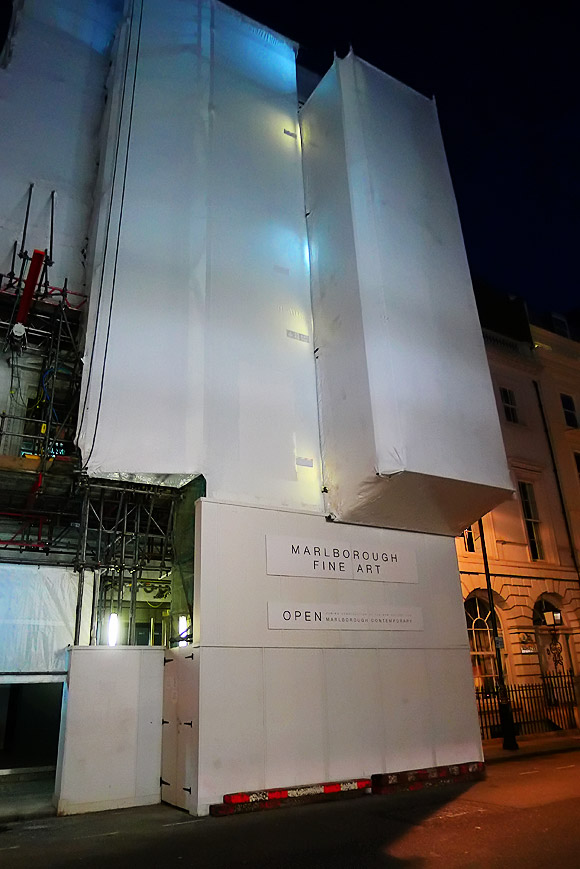 A short walk away from Soho can be found hoity-toity art shops for the well-heeled. I rather liked the way the exterior of the Marlborough Fine Art gallery looked, all covered in white plastic.

In fact, I’d wager that the exterior may well look more interesting than some of the stuff inside.